Jeff Sonnabend, a documentary photographer, has just completed a project called “The Route 66 Primer, An Uncropped View of the Mother Road“. It captures the real-to-life, present-day Route 66. We’re honored to share his images and story in this photographer interview. 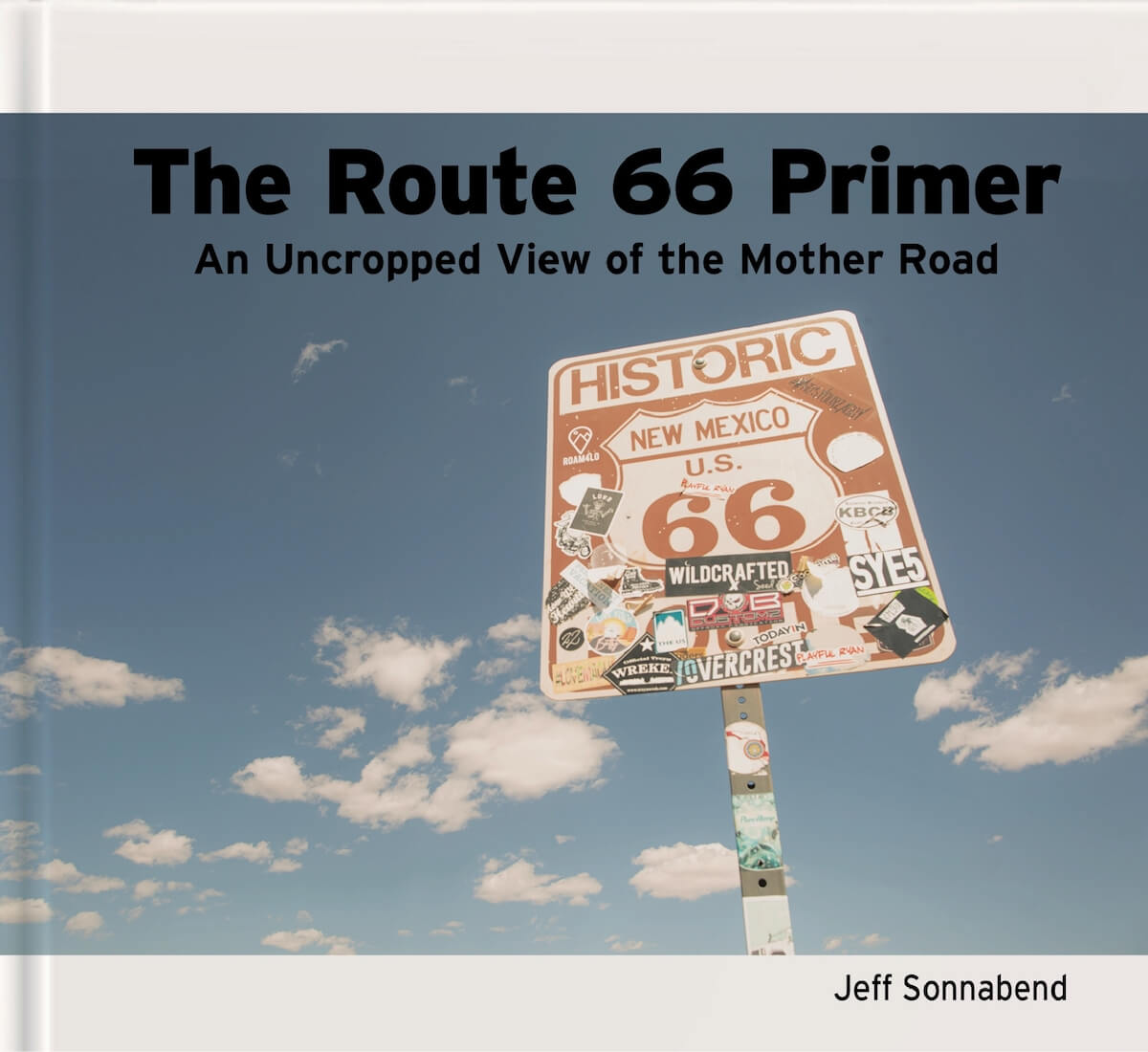 All images belong to Jeff Sonnabend and displayed on this website with his permission. Do not copy or use the images without direct permission from the artist.

This work flows from my work on Interstate Magazine, which I established in 2018. Interstate Magazine was roughly modeled on the FSA (Farm Security Administration) of the 1930s and 1940s and was meant as a counter to the sociopolitical polarization of current day America by once again “showing America to Americans” 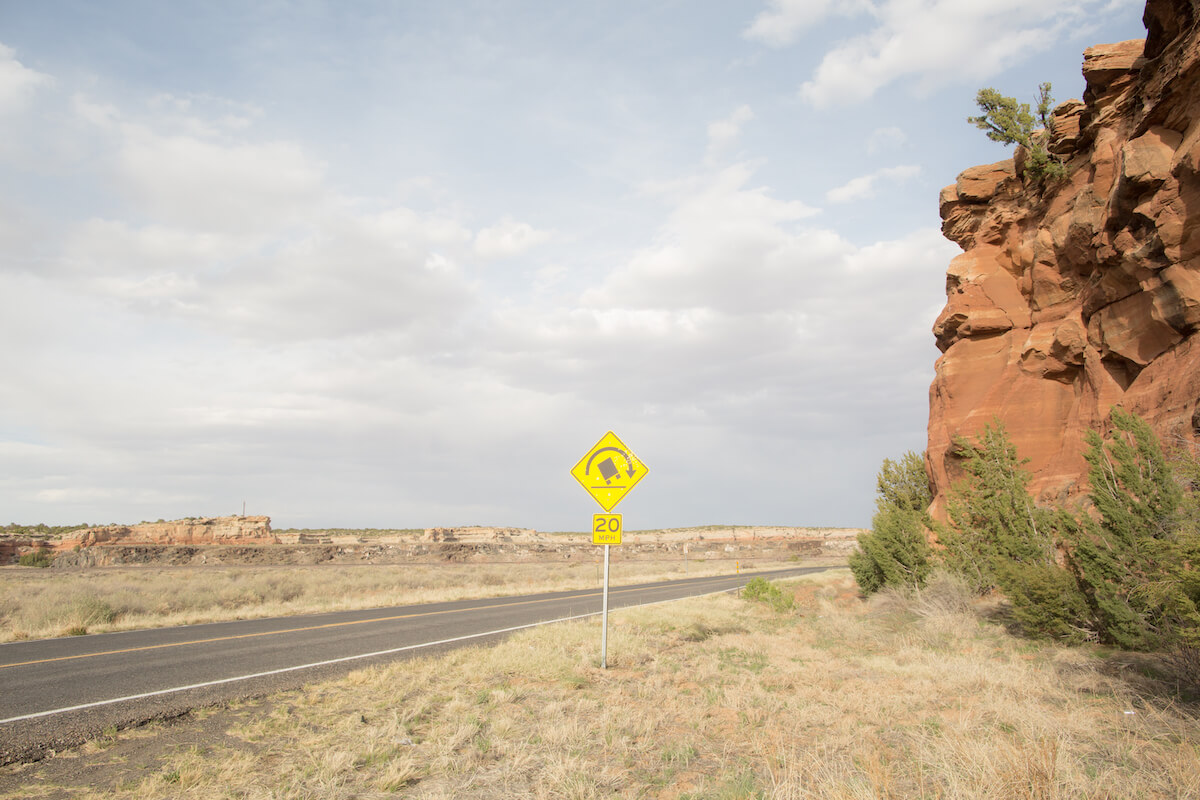 Route 66 occupies a singular place in the American psyche, conjuring for many Americans the American Identity itself, a reflection of Americans’ self-proclaimed freedom and independence. I found that depictions of Route 66, however, did not reflect the realities of current day America. Instead, they seemed to focus on the neon, the ghost towns, and a remembered yesteryear. They portrayed Route 66 as some sort of stretched-out theme park, a living amusement ride.

So I wanted to show what was really out there on The Route. I wanted to capture a photo documentary view of it – images of the place and people as they exist in and around historic Route 66. 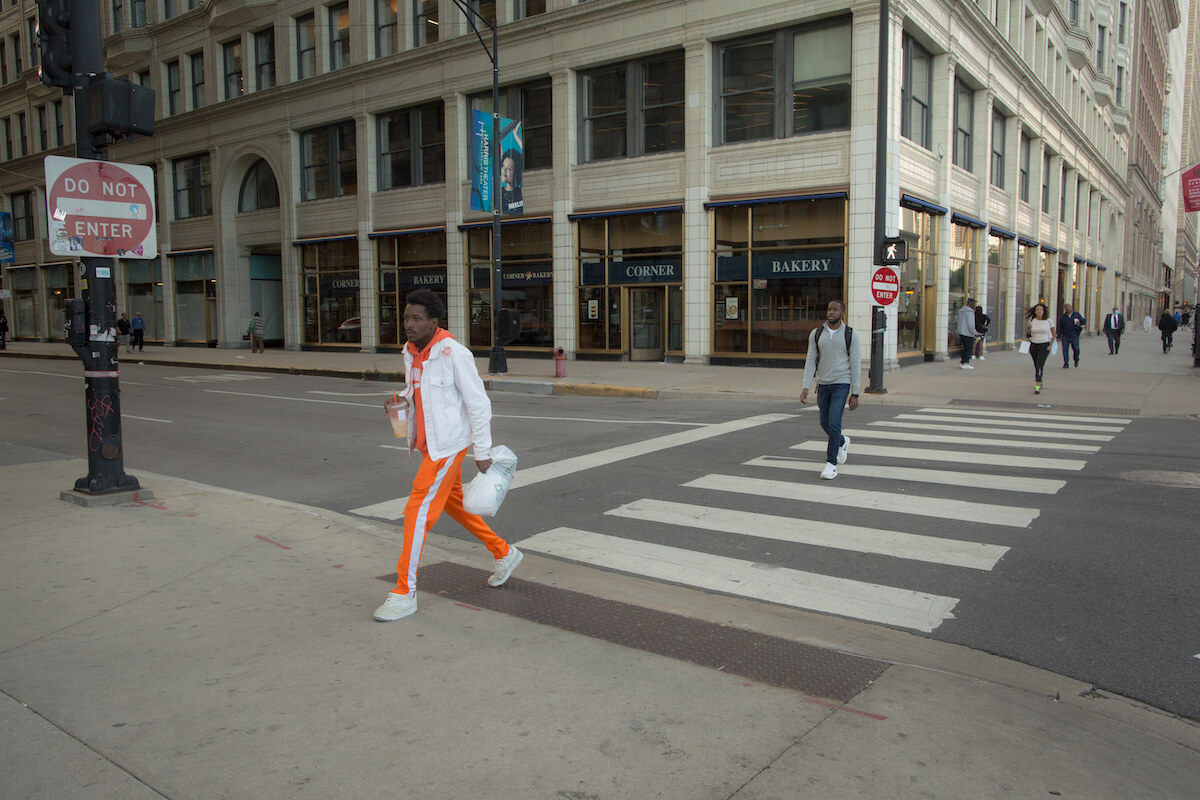 What is the biggest challenge in the creation of these photos?

Route 66 is some 2,500 miles long, give-or-take. It passes through everything from thriving big-city to middle-class suburbia to rural farmland and small towns. There is wealth and poverty, the gleaming new and the decaying old. Trying to capture all of that in photos is daunting. 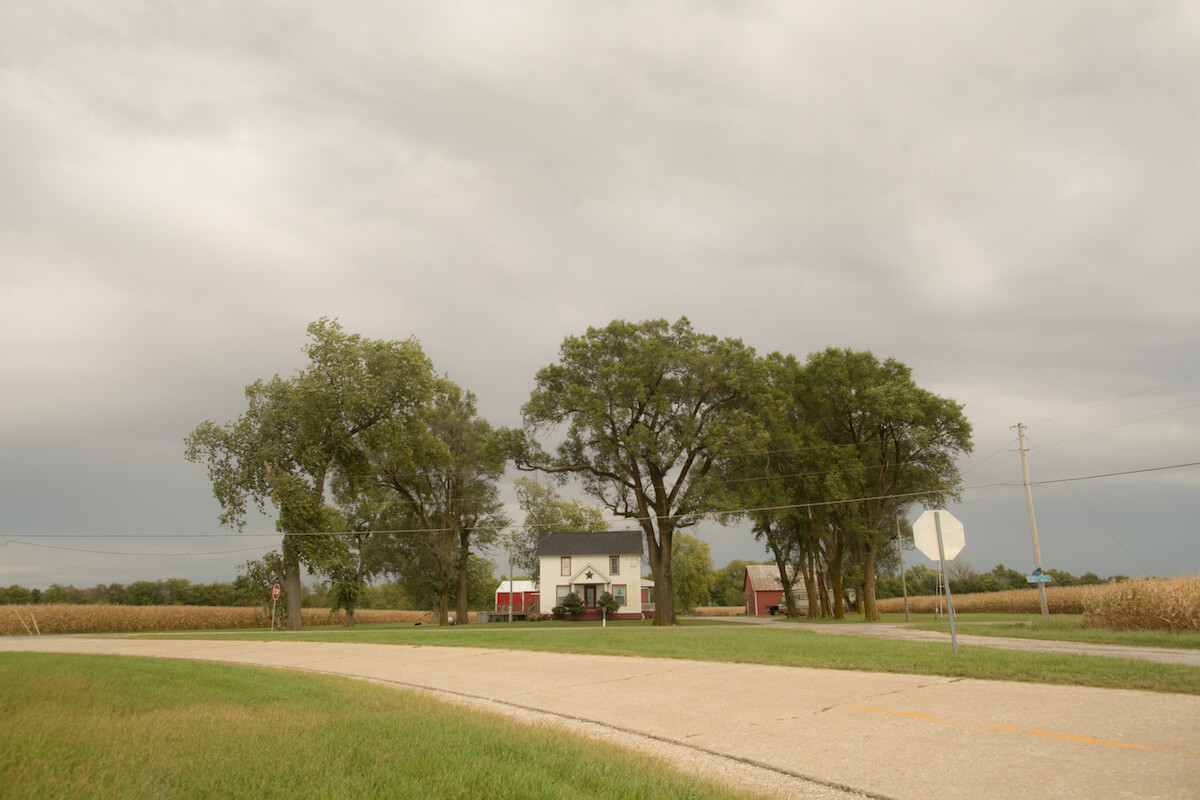 What cameras, lenses and lighting gear were used to create the photos?

I shot exclusively using a Canon 5D (mark III, to be exact). Most of my photos were shot with a Canon 24mm F1.4L. A few were shot with Canon’s 50mm 1.2L. I favor wide angle because it forces the photographer to engage closely with the subject, bringing the viewer along. Wide angle photos are more a view from inside than a voyeuristic view from afar.

All photos were shot handheld with available light, whether natural or artificial. 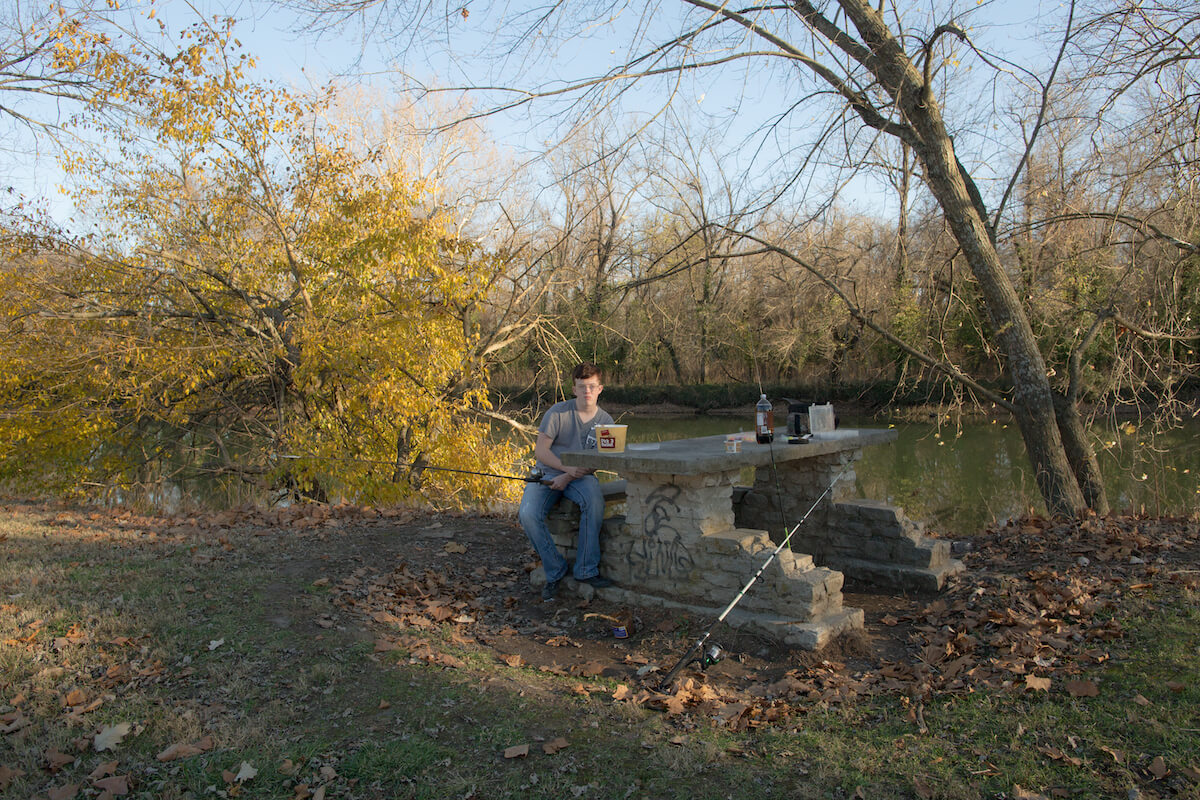 Do you have a favorite photo from the series? If so, what is it and why?

I have many favorite photos. With all my work, I tend to be drawn to photos of people rather than of inanimate objects or places. My people photos are mostly environmental portraits – photos I take of people after asking permission and while talking with them. A few, mostly city photos, are more traditional candid street photographs.

Of the people photos in this work, I like the family on the porch of their home in Tucumcari, New Mexico (IMG_4414). It seems to capture a nonchalance engagement with the viewer. I am also partial to the boy with fishing gear and fried chicken bucket (IMG_3157). If that’s not a moment of the everyday, I don’t know what is. 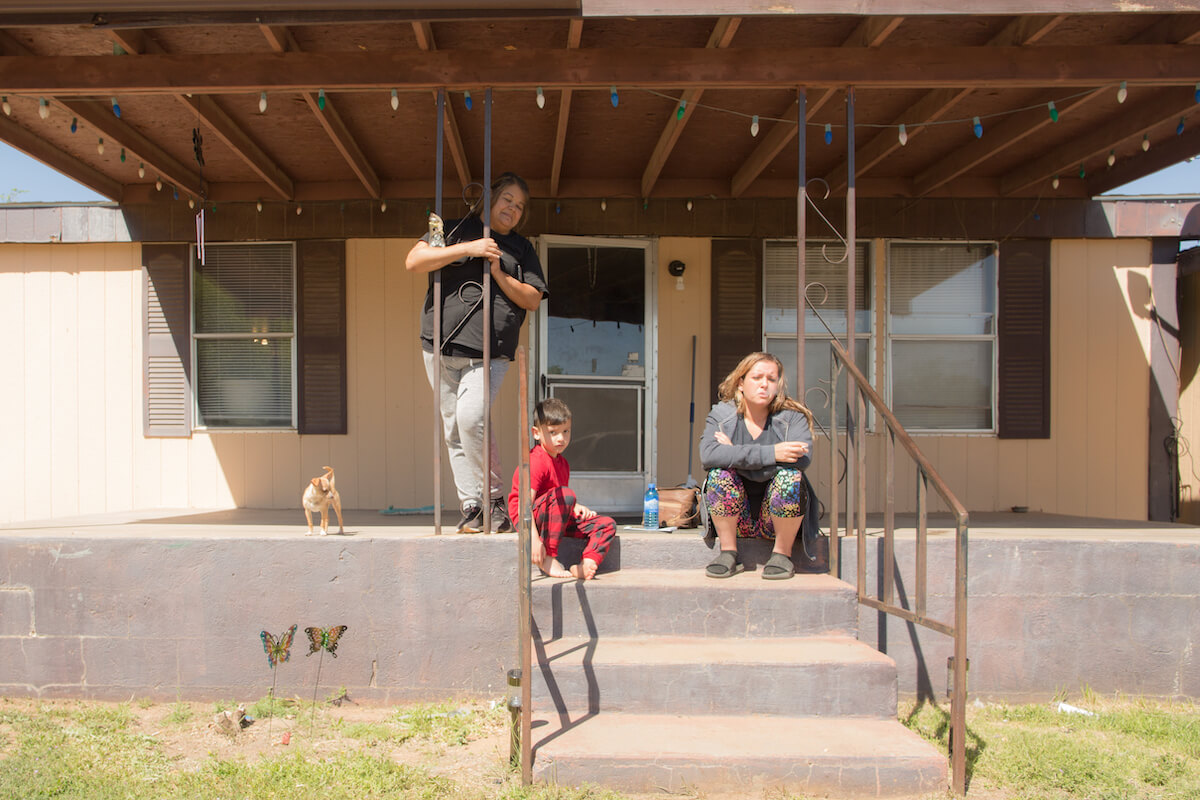 Of the non-people photos, I like the shot of the burned out building aside the reclaimed building in eastern Saint Louis, Missouri (IMG_5956). It includes the two men who are living in the non-burned building, with whom I spoke at some length. 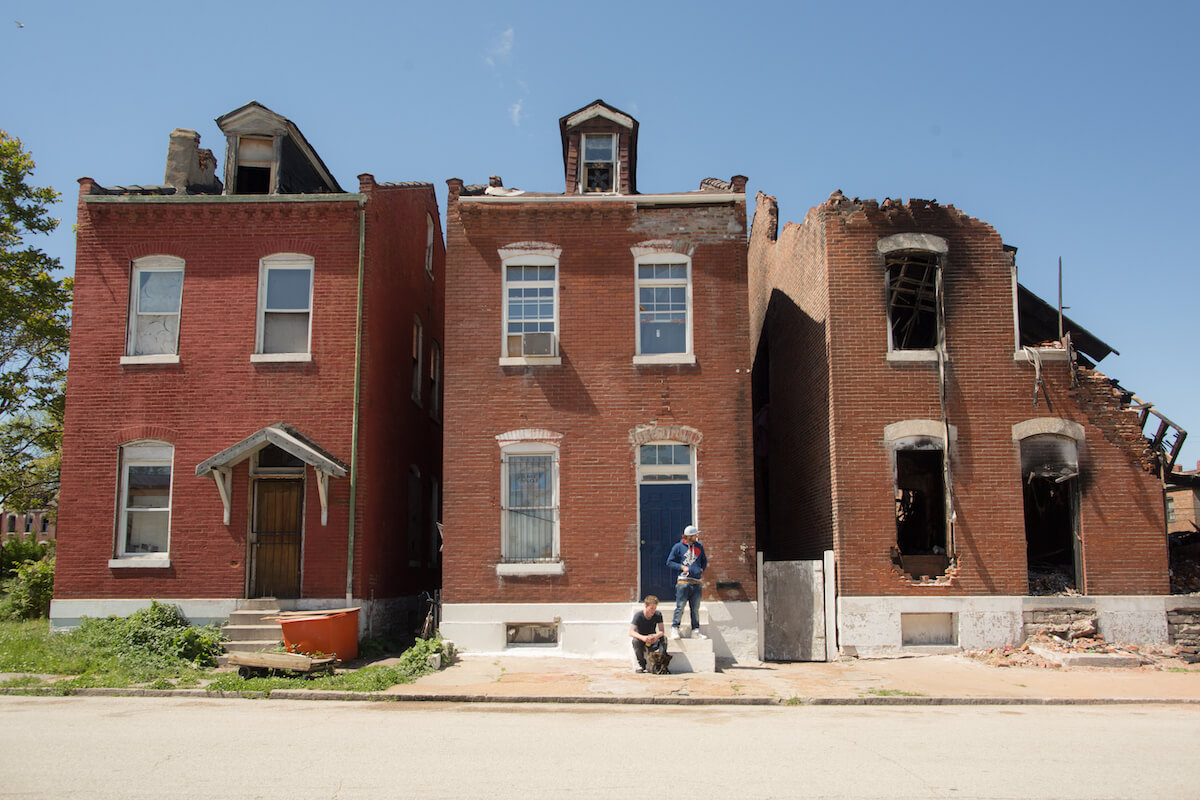 The photo captures a less than pleasant reality of life along current day Route 66. Same for the trailer in San Jon, New Mexico (IMG_4239), which is someone’s full time home. 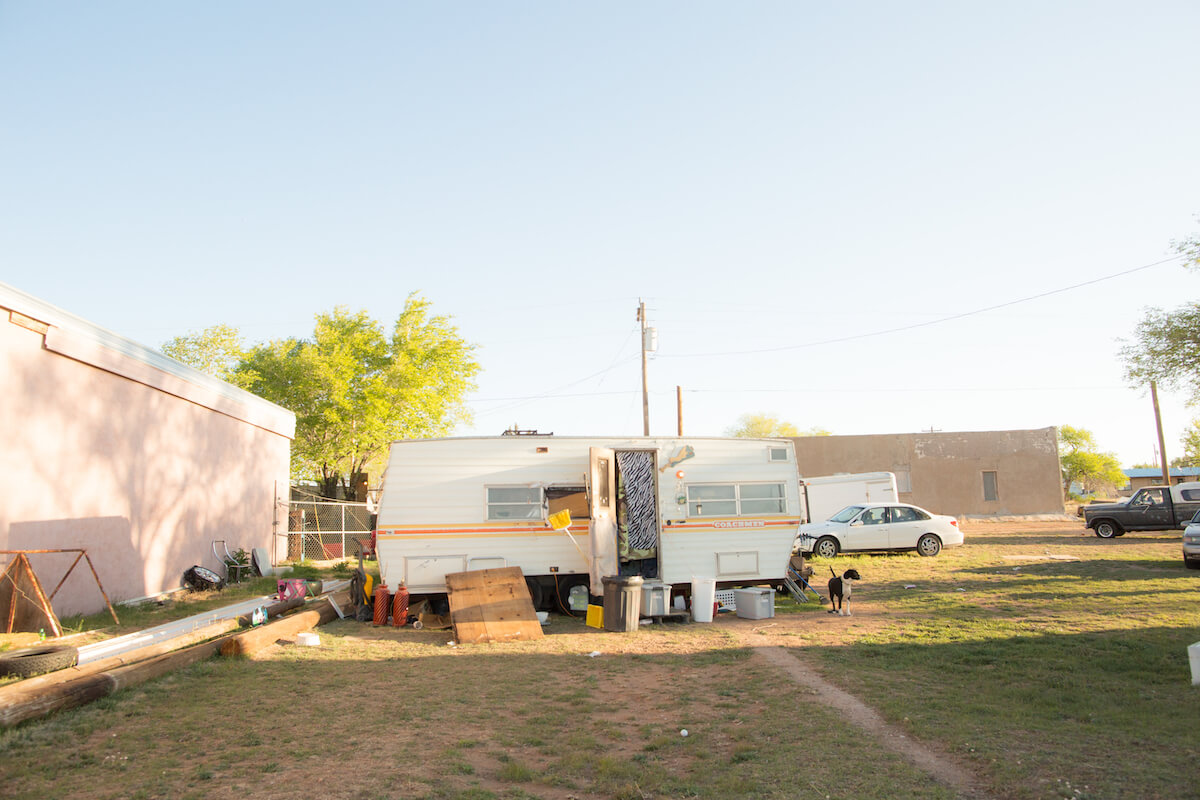 Shots such as the lounge chair in the abandoned motel (IMG_4336), the dangerous curve sign (IMG_4829), and the tricycle (IMG_2724) each capture the loneliness and desolation that can descend on the traveler along much of the seemingly endless Mother Road. 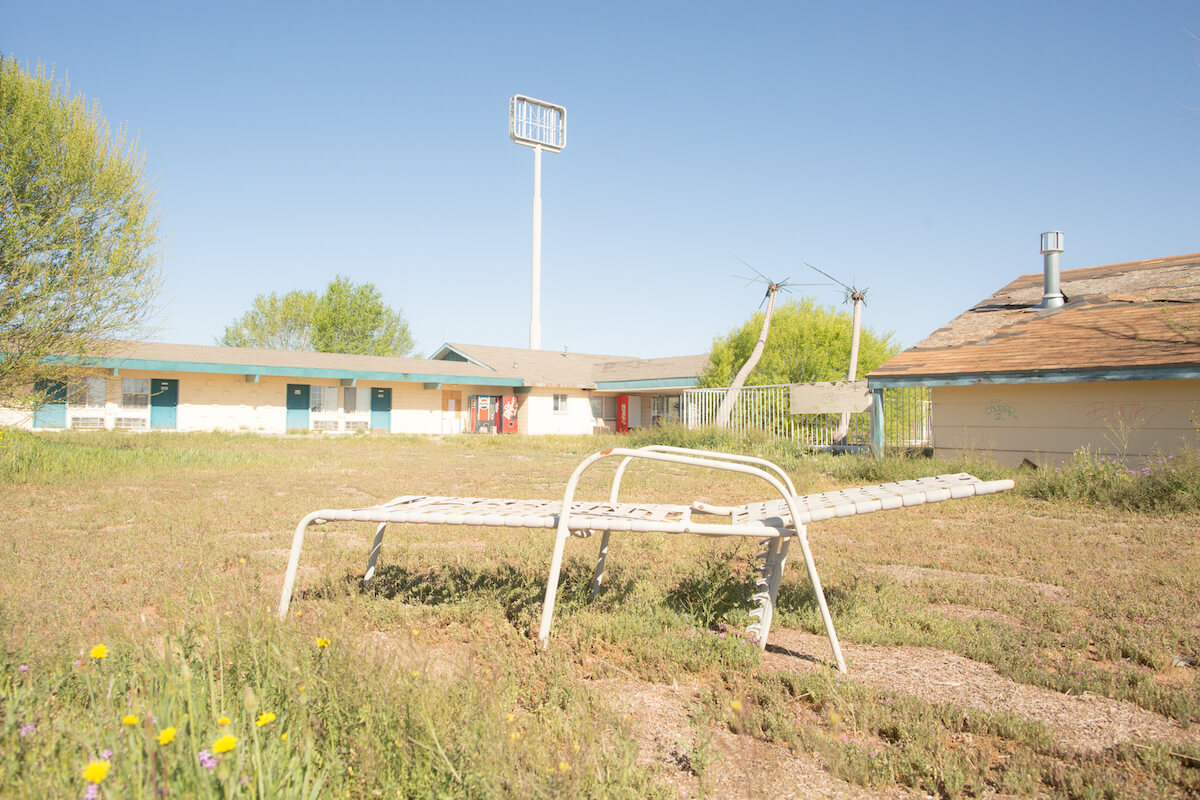 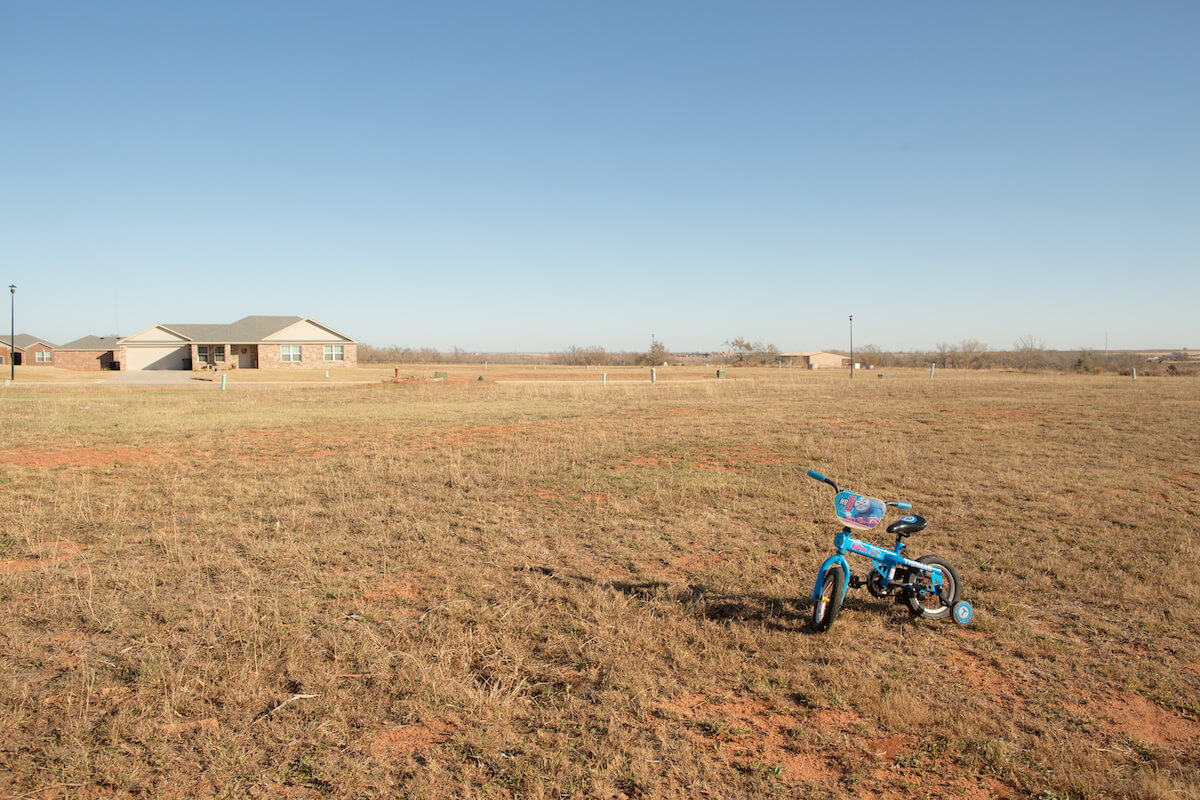 For photographers looking to create impactful images like this, could you share your process of coming up with your concepts and ideas?

My work, both for Interstate Magazine and for The Route 66 Primer is photo documentary, so it is not “high concept”. My aim is to truthfully, accurately, and respectfully capture the people and places of current day America. 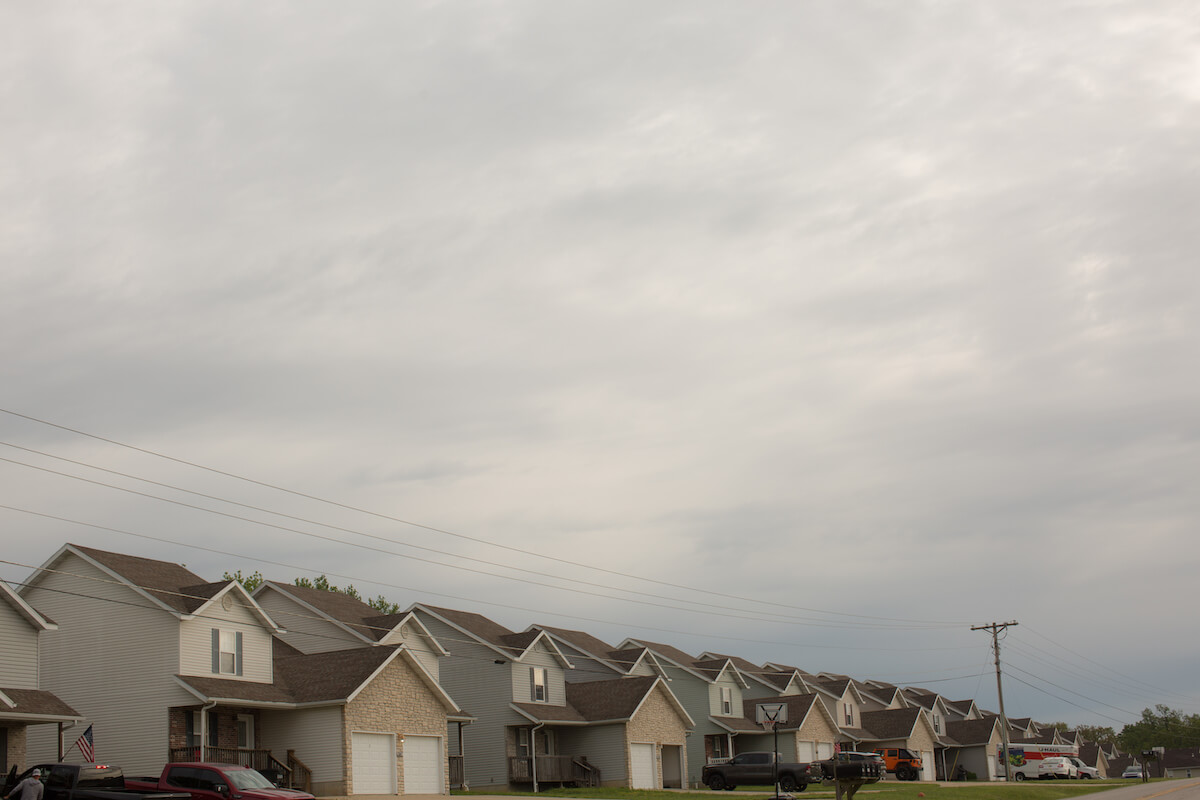 What are you currently working on? What’s next?

I continue to seek out and capture images of real life America and Americans. For a discrete project, I may focus next on youth and adult recreational hockey. These may be separate-but-related works, or perhaps a single work. I think it might be interesting not only to capture these two worlds, but to show how a youthful love of the game often translates into a lifelong association with it.

More Photos Route 66 From the Series 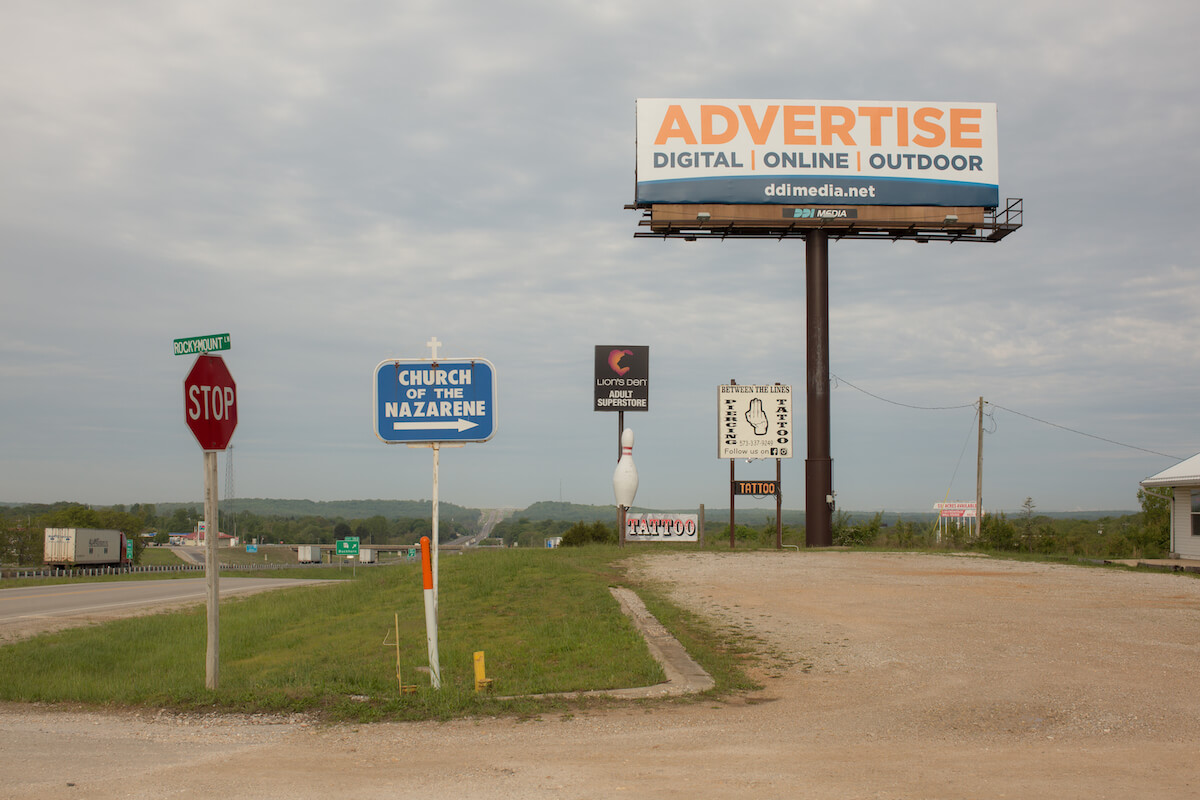 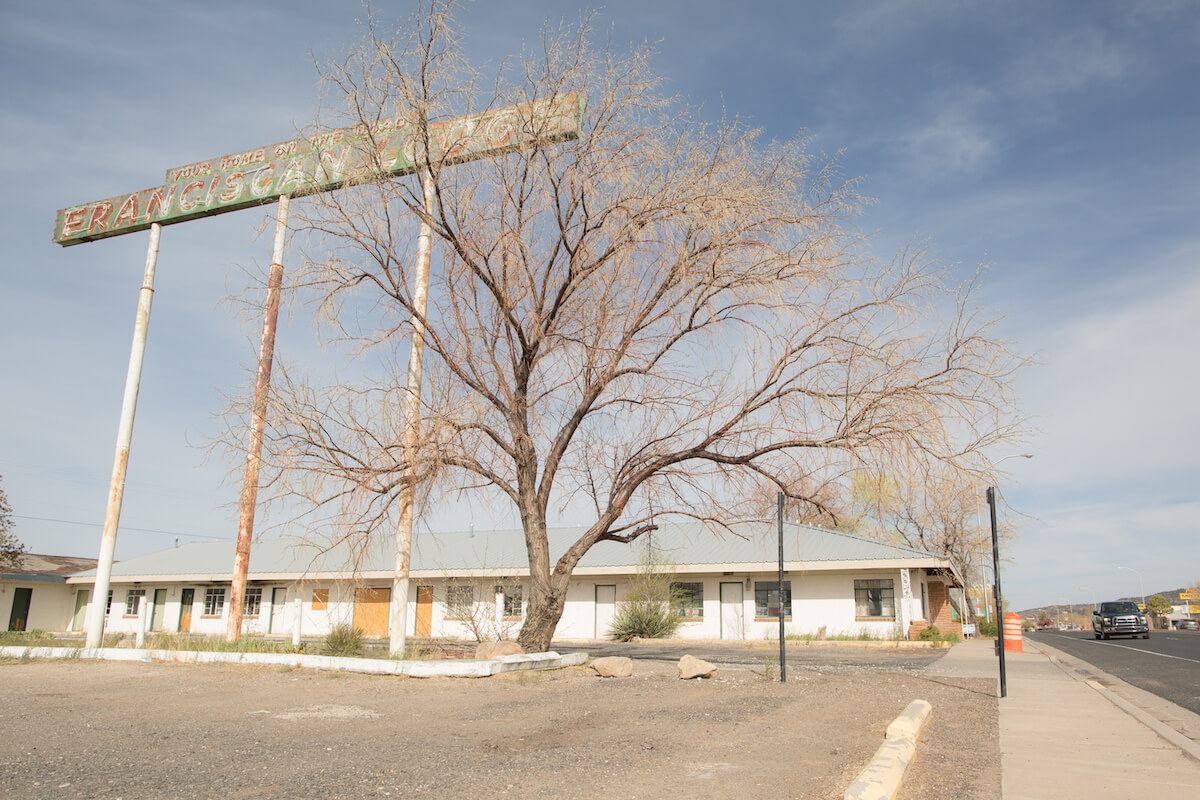 My Interstate Magazine project, which has been dormant since the Covid outbreak in early 2020, can be found at InterstateMagazine.com. Info about my previous book, Bowling the American Dream, can be found at BowlingTheAmericanDream.com.