There are two views of a city that a photographer can capture at night: the distant view of the bright cityscape, with glowing skyscrapers and silhouetted buildings, or the street view of pedestrians, street lamps, and stretches of darkness. Photographer João Cruz Santos has created a series of photos that explore this second, more intimate perspective. By wandering the streets at night, he’s been able to capture a darker personal view of his home city, Lisbon.

Even though João has a day job and is a dedicated husband and father, he’s been able to learn photography by practicing every day during his commute and lunch breaks. “I’ve learned to appreciate three special types of light,” he says. “The ‘going to work’ light, the ‘lunch’ light and the ‘returning home’ light. Sometimes I am happy to catch the weekend light.” 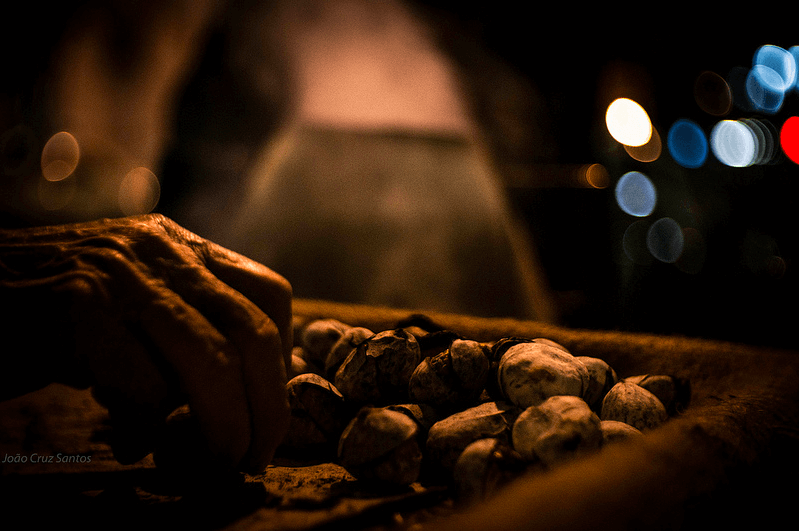 Photography caught his interest in March 2013, when he took a trip to Thailand and bought his first interchangeable lenses. Now, “it’s not a hobby anymore,” he says. “It’s a passion.” He especially loves how photography pushes him to see the world differently and notice the beautiful, emotional things happening around him. “Photography drove me to see [these things] better, capture these moments, and tell a story with them.”

He started taking photos at night as part of his learning process. He began experimenting and looking through the work of other photographers on Flickr. The photographers who inspired him the most were Christopher Soukup, Eneade, Donald G. Jean, and Marius Vieth. All four choose to focus on the quiet individual on the street, rather than capture grand, gorgeous views of the city.

No space for three 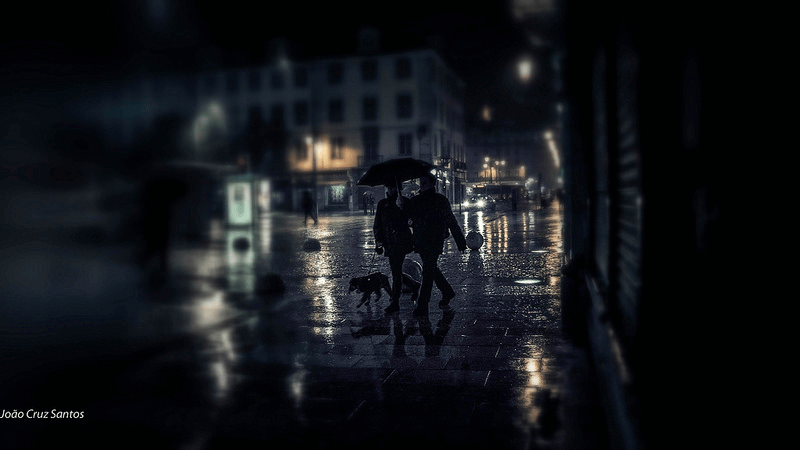 I’m only free when you walk with me 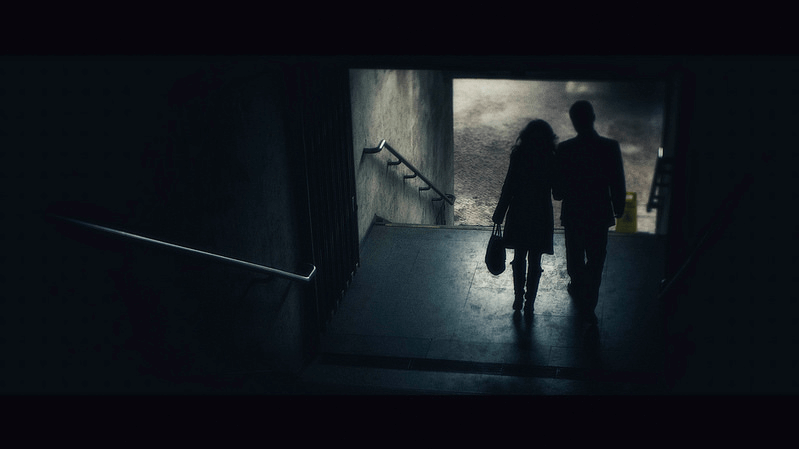 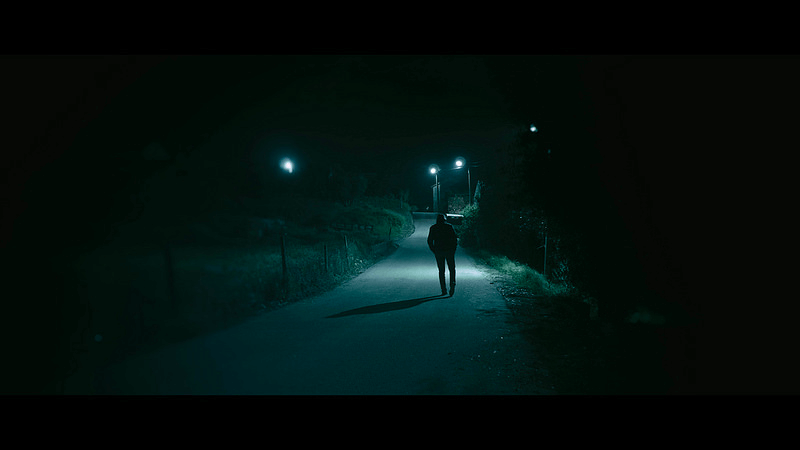 Two of João’s favorite images are “Wandering Soul” and “Wait for me.” He says that these pictures share the same emotion, even though they’re of different subjects: a man walking alone in the shadows and a tram pulling past a pedestrian. Both images show “the drama of solitude,” he says. This theme appears again and again throughout his series. He often photographs a single person in the darkness, but even his pictures of crowded areas capture the feeling of solitude that the nighttime can give.

One of his most memorable shots, “The heavy burden of a father,” came on a night that initially disappointed him. He hadn’t reached the main goal he had set for himself, but when he went home and took a closer look at the photo, he realized what kind of street photography he most enjoyed–the night street photos with a human element. This realization made a seemingly unsuccessful night into an important moment in his learning process as a photographer.

The heavy burden of a father 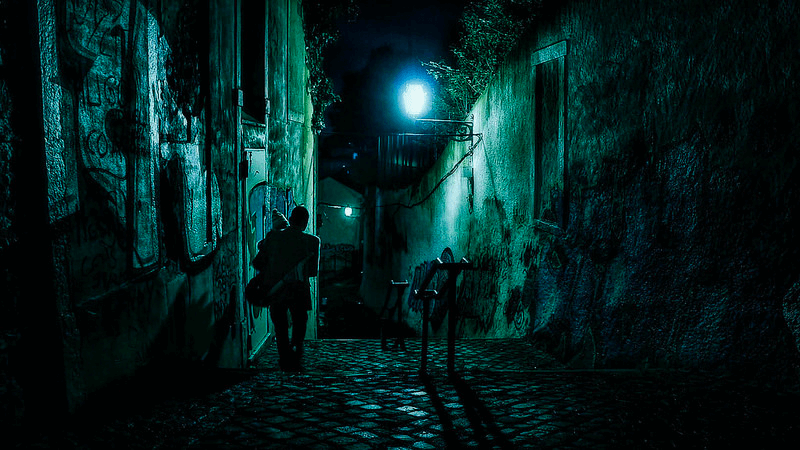 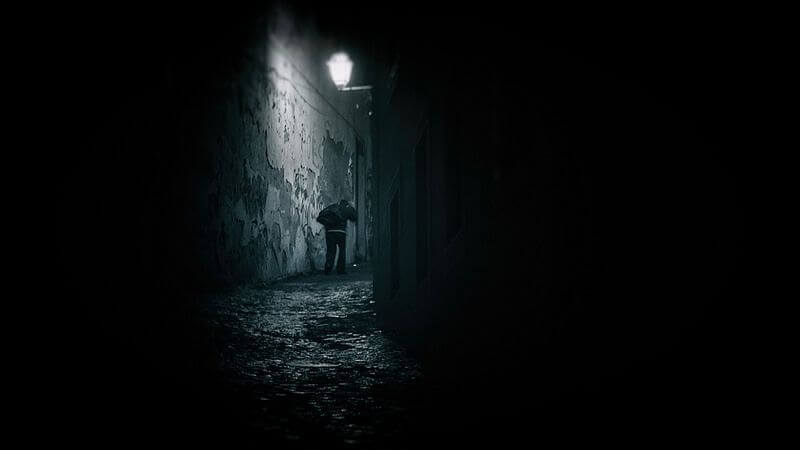 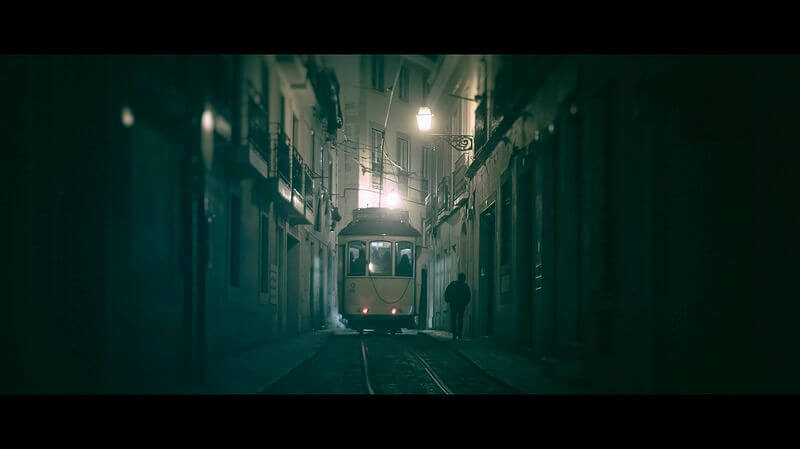 João has three pieces of advice for photographers who want to start taking street photos at night. First, remember that “you don’t have to get out very late at night to do night street photography. Autumn and winter are the best times of the year to practice night street photography. Days are shorter and the night comes earlier… So, while going home after a day’s work, it’s already night and there are a lot of people in the streets. More people, more stories to capture.”

Lastly, don’t try to learn everything on your own. “Learn with other photographers. Follow photographers that inspired you and try to learn how they capture those moments.” It works for him, and it might just save you a frustrating night or two.

No roads for cars 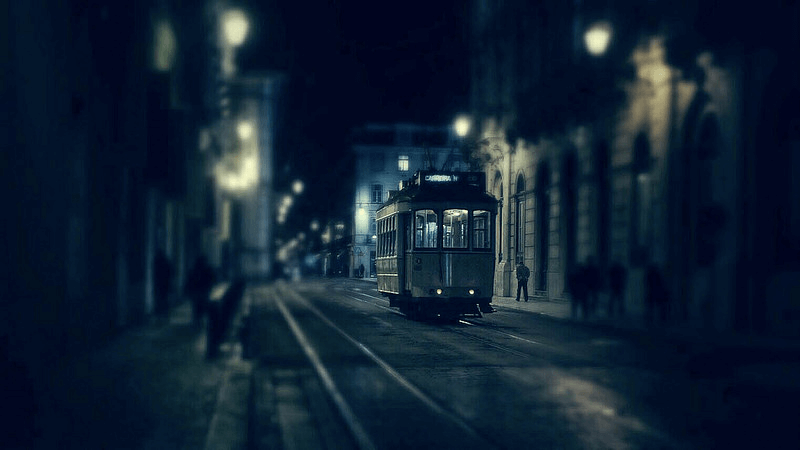 Baby… I do wanna know where you go 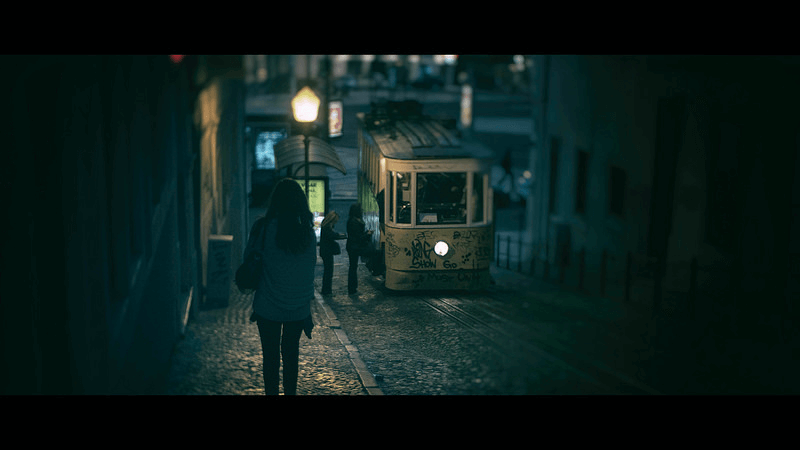 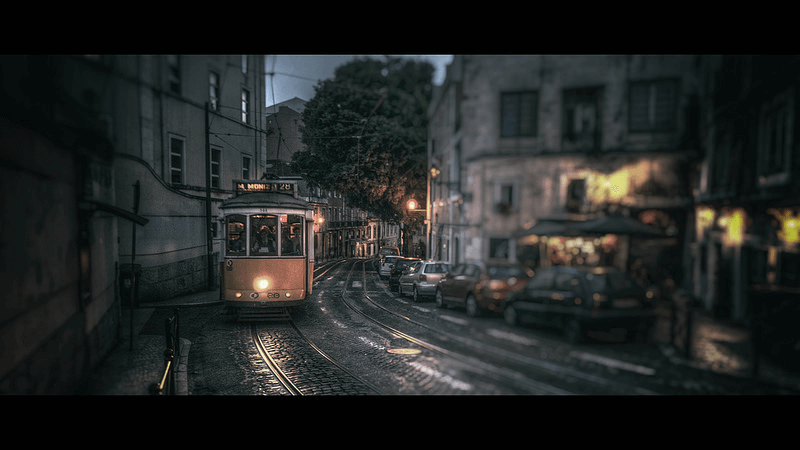 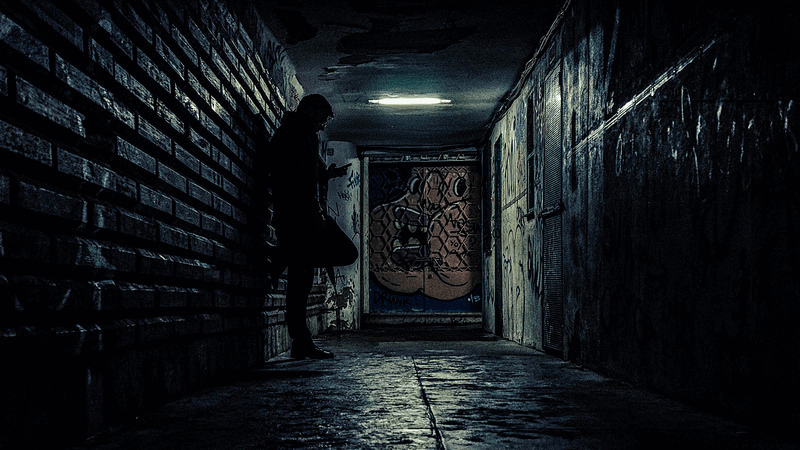 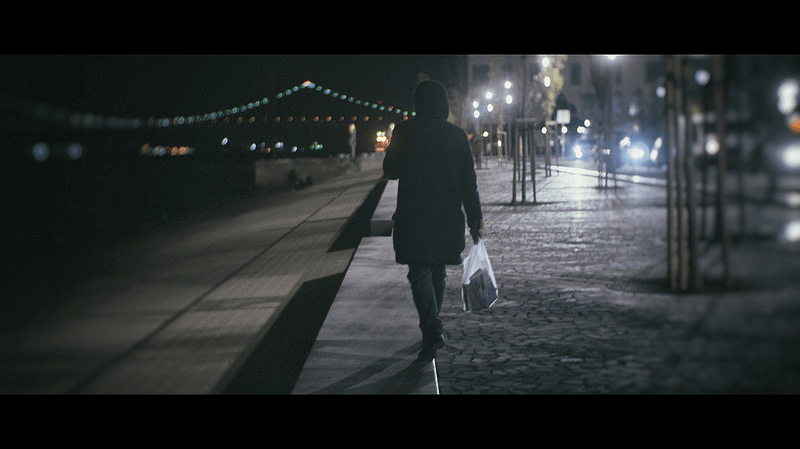 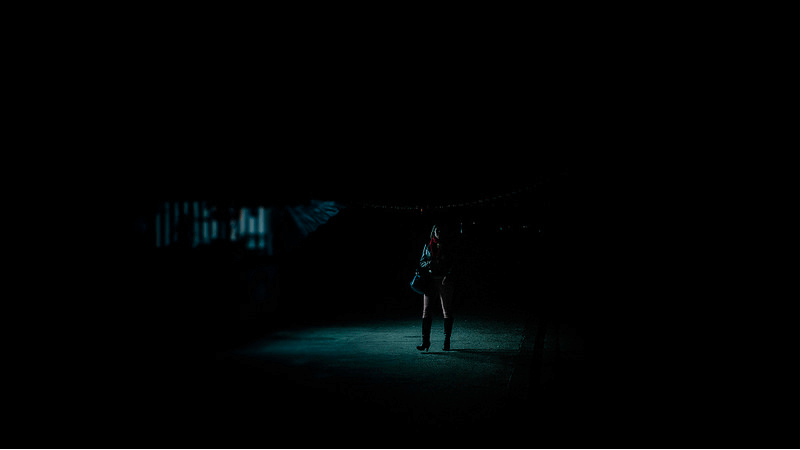 Forget her… She doesn’t come 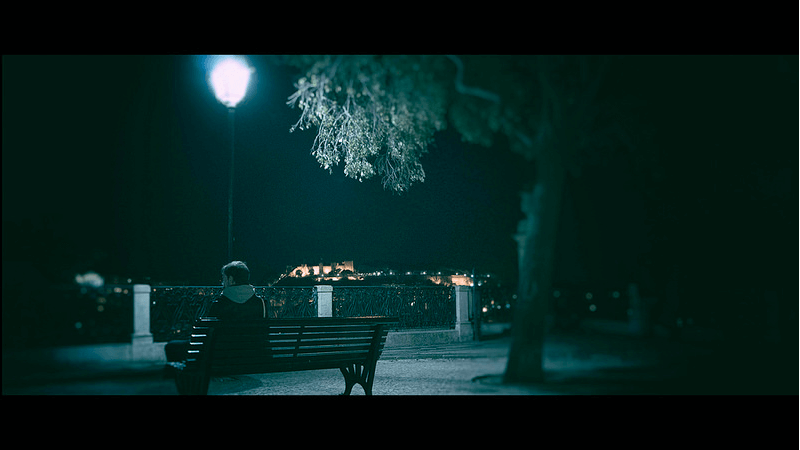 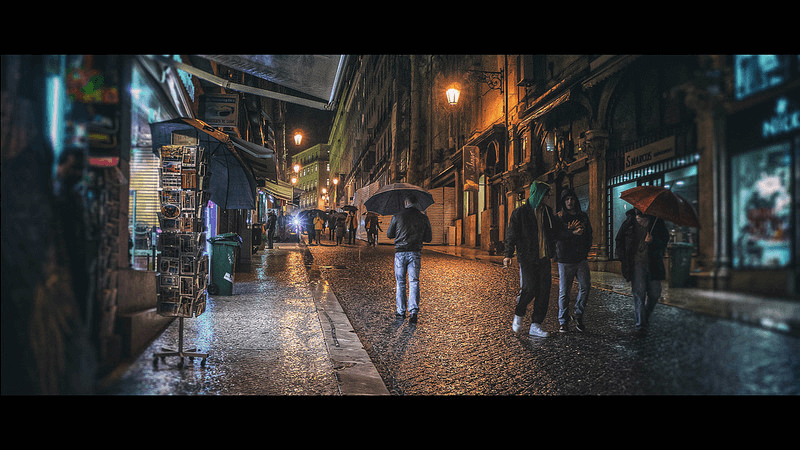 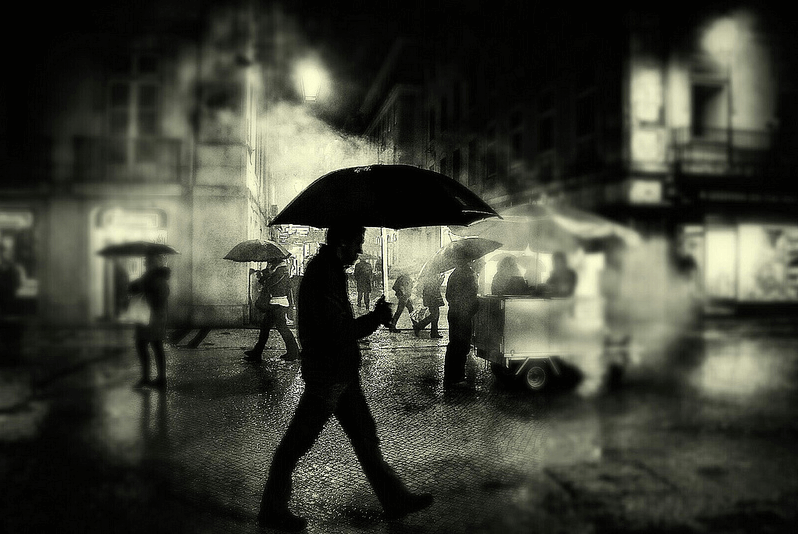 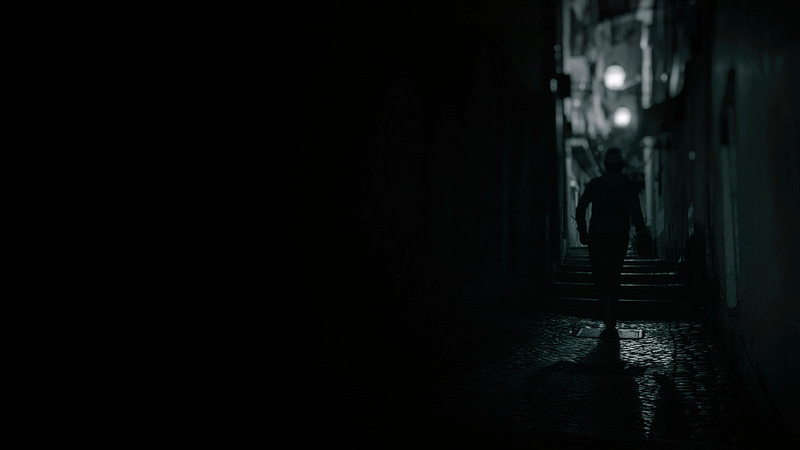 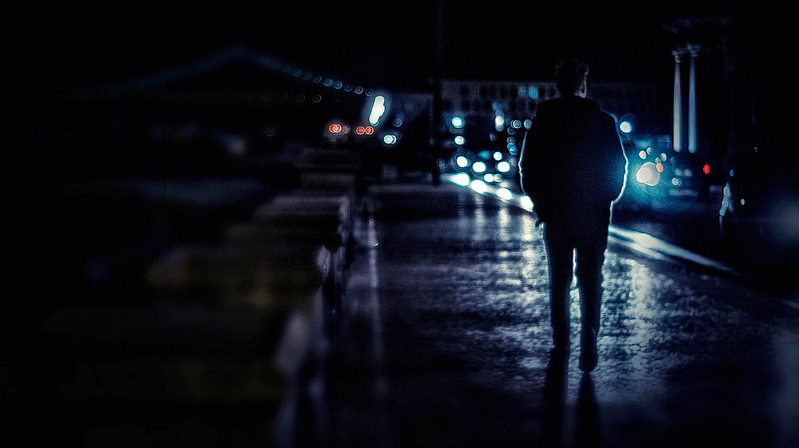