Erika Zolli, also known as Eribluff, is a fine art photographer based in Milan, Italy. Her work explores the dreamlike dimension of the mind through surreal worlds she’s created. Although these worlds are often strange, they have a lightness and a sense of magic, too.

Erika’s first became interested in photography while studying Philosophy and Cognitive Science in university. “I started to apply the study of the human being and its reality, whether conscious or unconscious, to the arts,” she says. What intrigued her about photography was its ability to create fictional realities. Through this fiction, she could reveal the invisible side of humans and their thoughts.

Though she admires many photographers, she names Sebastião Salgado and Natalie Dybisz (A.K.A. Miss Aniela) as two of her inspirations. Miss Aniela’s surreal images gave Erika direction with her own work, while Salgado’s work appeals to her aesthetics. “I really appreciate Sebastião Salgado for his vision of Beauty, ” she says.

We’ve put together a sample of Erika’s work taken from three of her most recent projects. To see more of her photography, you can visit her website, Facebook, Instagram, or 500px.

In “Levitation Project,” Erika portrays her home city, Milan, in a surreal and fantastic way. “This whole work is based on my will to show everyday life – the everyday life of the city I live in, Milan – in poetic and enchanting situations,” she says. “The common thread in these shots is Levitation – meaning lightness, ability to look at the world with eyes that are unaware of gravity and its rules.”

In her photos, you can see some of Milan’s famous sights: Mercanti Square, Sforza Castle, the park in Porta Venezia, Dal Verme Theater, the Modern Art Gallery and Sant’Ambrogio Basilica. Her favorite photo from the series was taken at the Theatre Dal Verme, “where you can breathe pure art.” She was given the opportunity to move around the space in complete freedom and loved it. “It was an experience that will stay with me for a long time.” 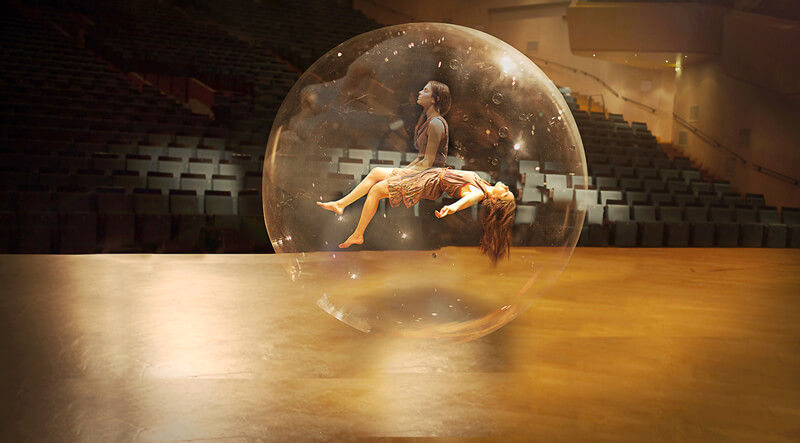 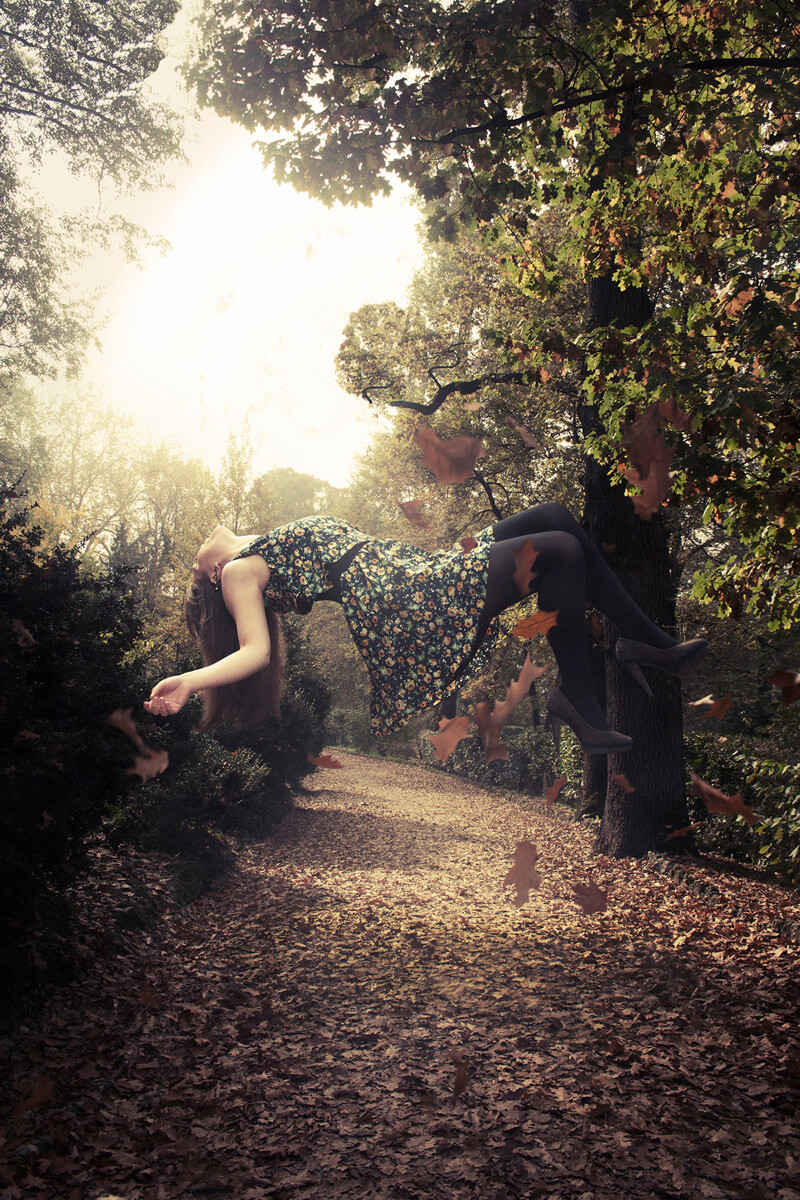 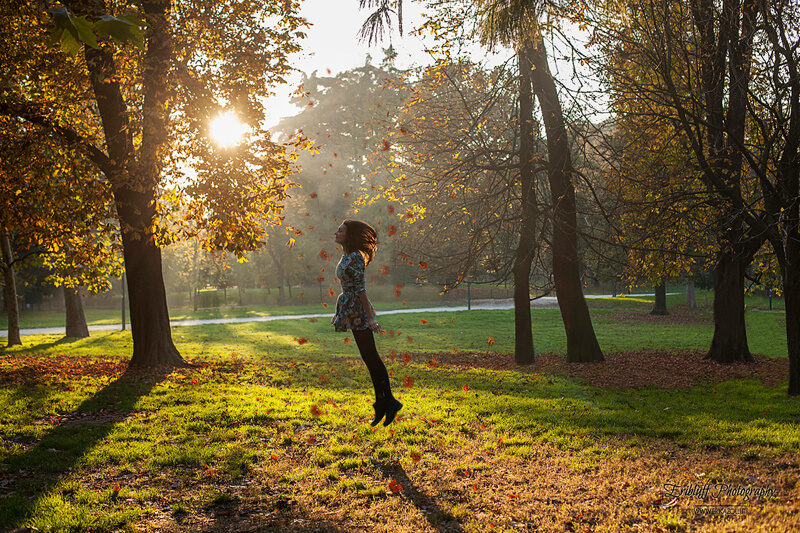 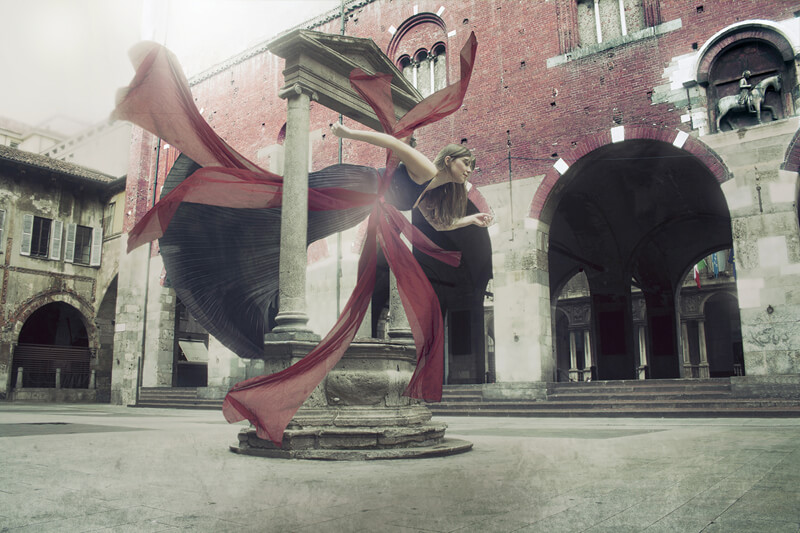 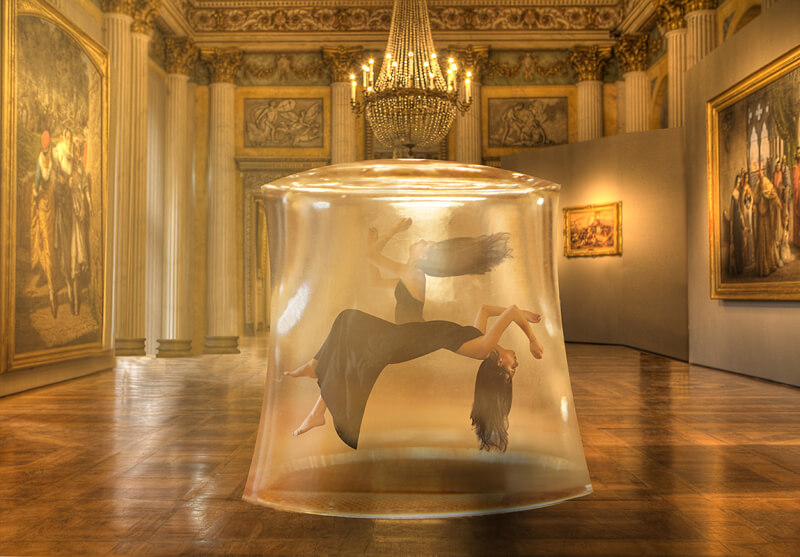 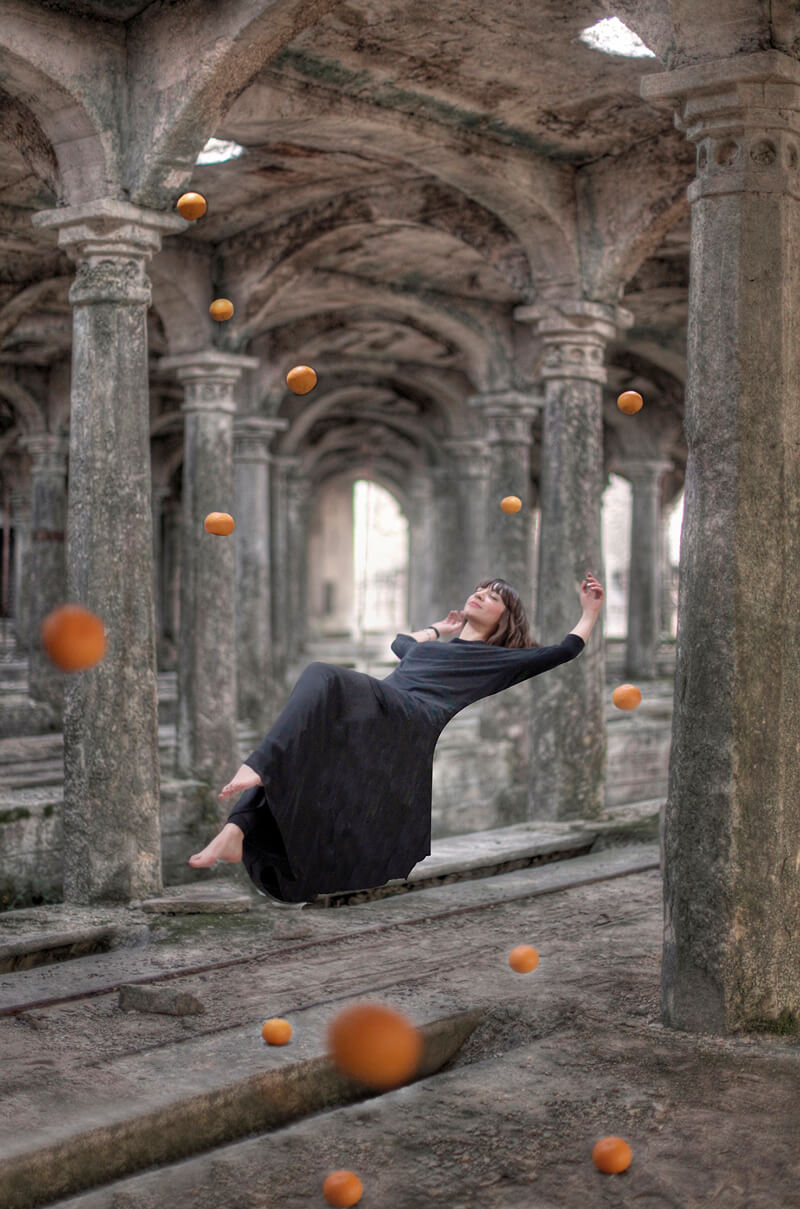 In “Into The Mystic,” Erika presents 14 images, each representing  a single mind at the climax of self-discovery. Every photo has an individual to show the importance of one’s relationship with one’s self. She views this self-knowledge as the first step to forming a relationship with the outside. She’s especially fond of the photo with the chessboard, taken in one of her favorite places: the garden of the Library of Catalunya in Barcelona. 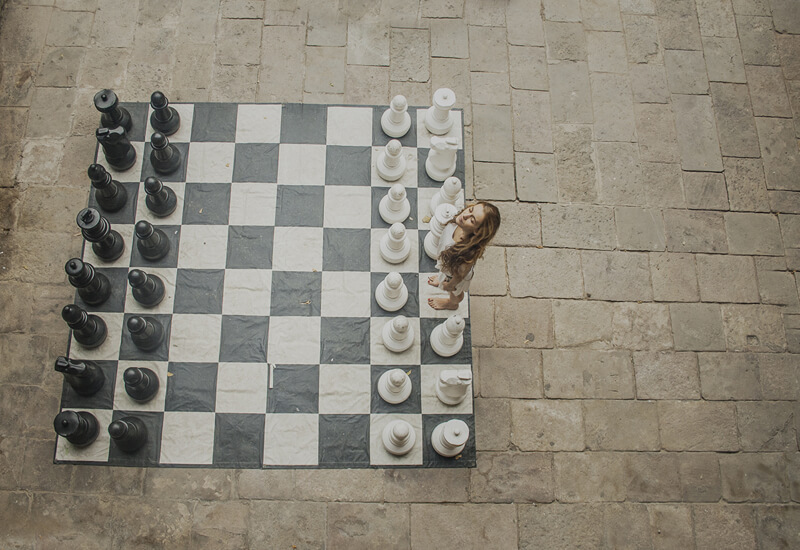 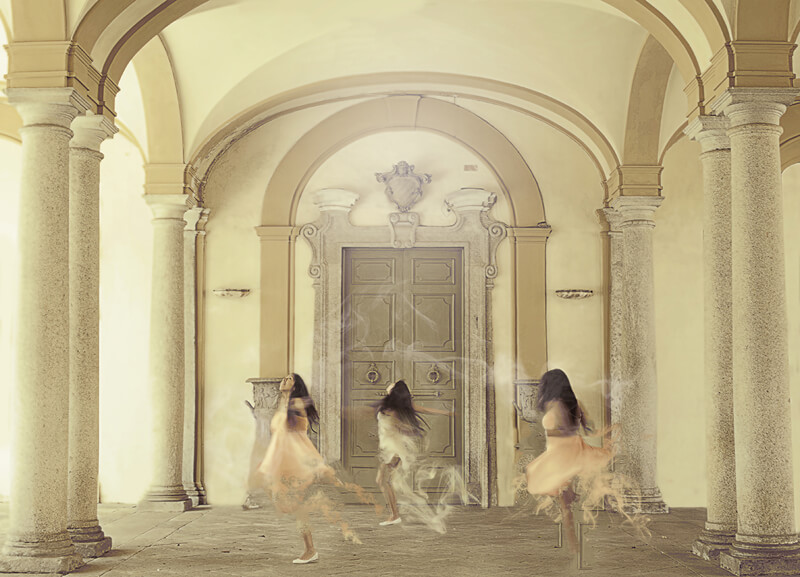 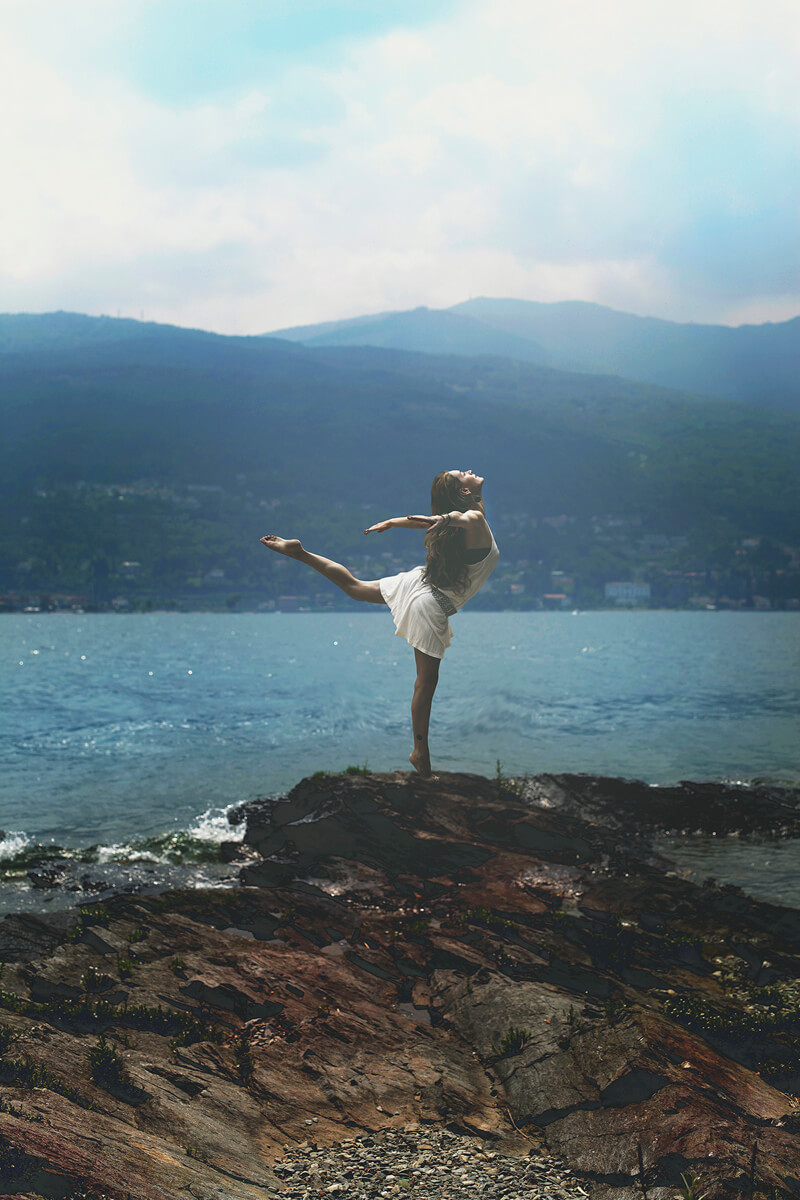 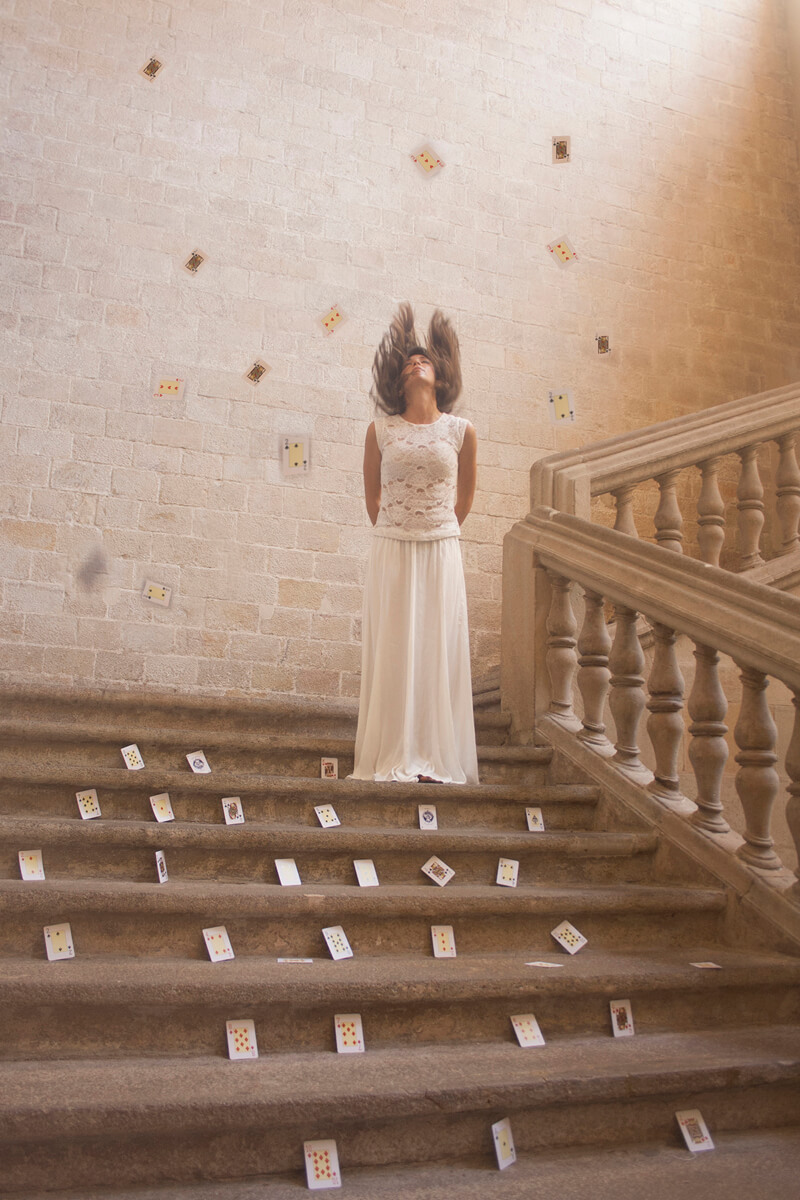 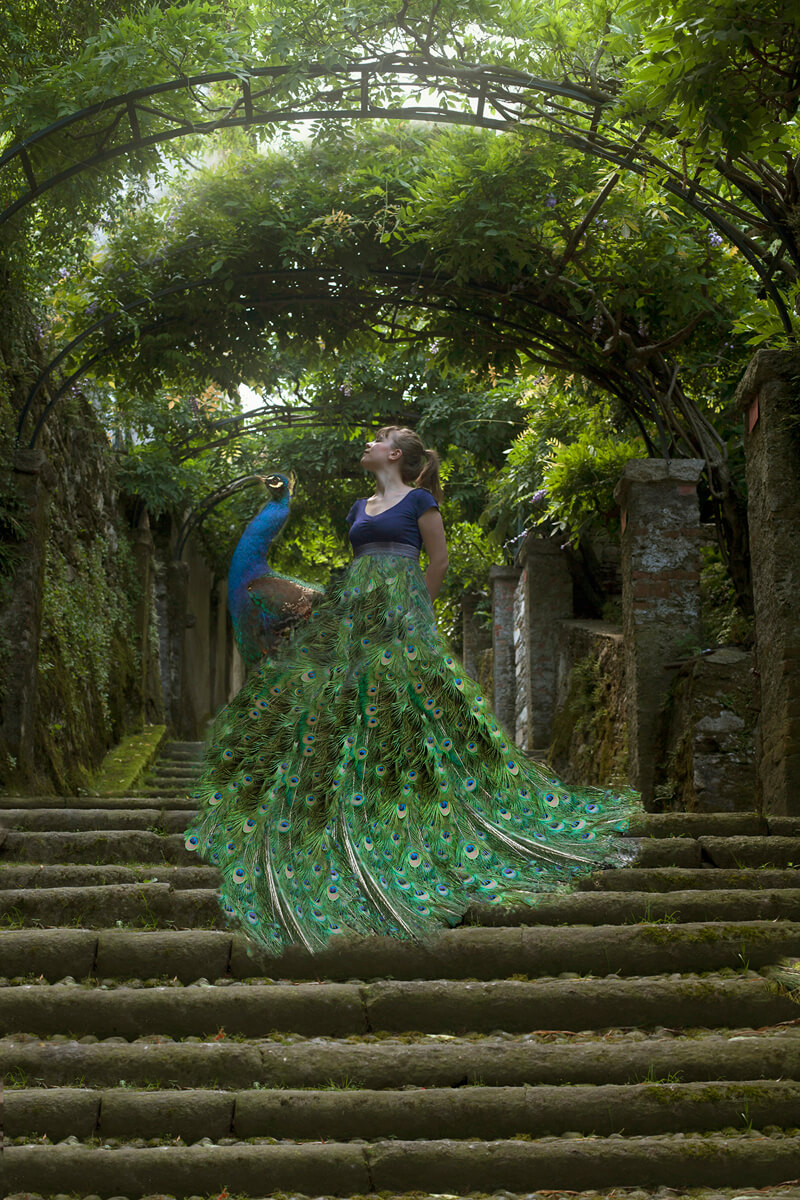 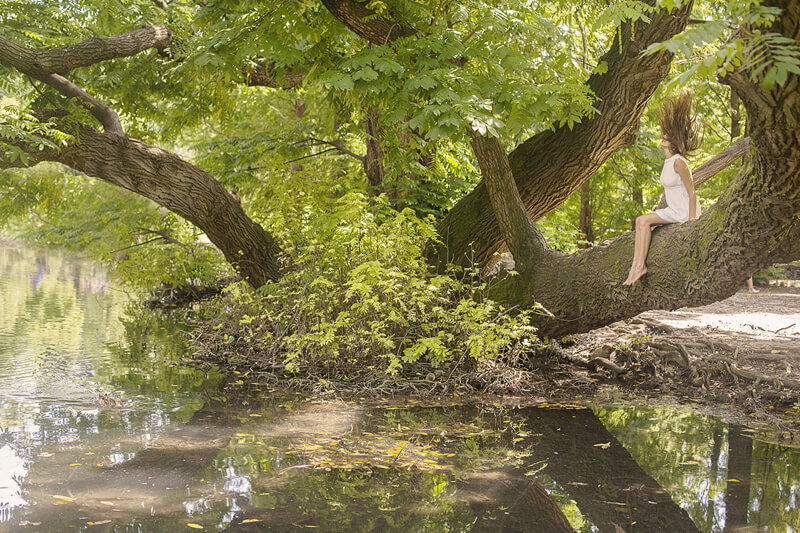 In “Surreal Arabesque,” Erika contrasts the perfection of “Ideal Beauty” with “the extravagance of the imagination”–or, more generally, with all fresh views that fall outside the ordinary. To create this contrast, she takes normal images and adds surreal elements. For example, she puts a cloud into a self-portrait, or shows a woman lying in a can of tuna. The absurdity of the compositions makes “normal” scenes seem bizarre and confusing, turning the logical into the illogical.

She particularly enjoyed photographing the scene with the laundry machines. She took it at night with a friend, who hadn’t known the details of the photo beforehand. “I will never forget his expression when he saw me go into the washing machine,” she says. 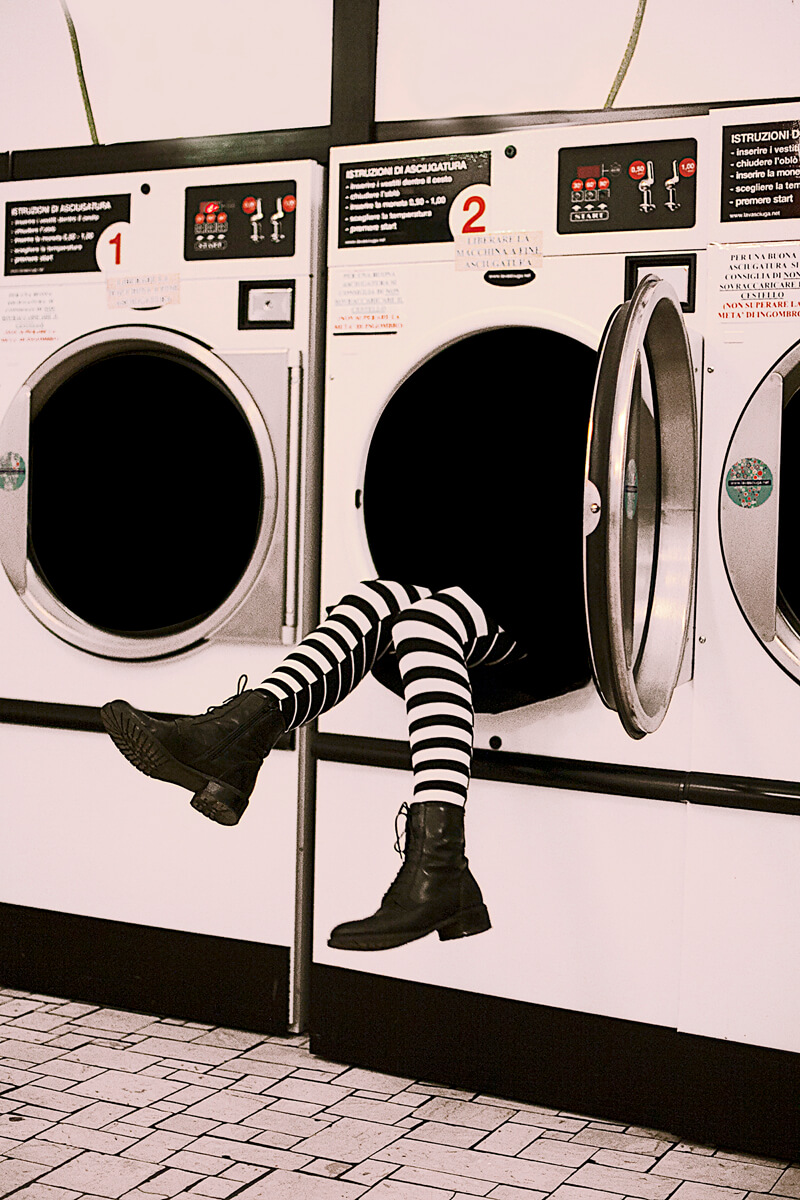 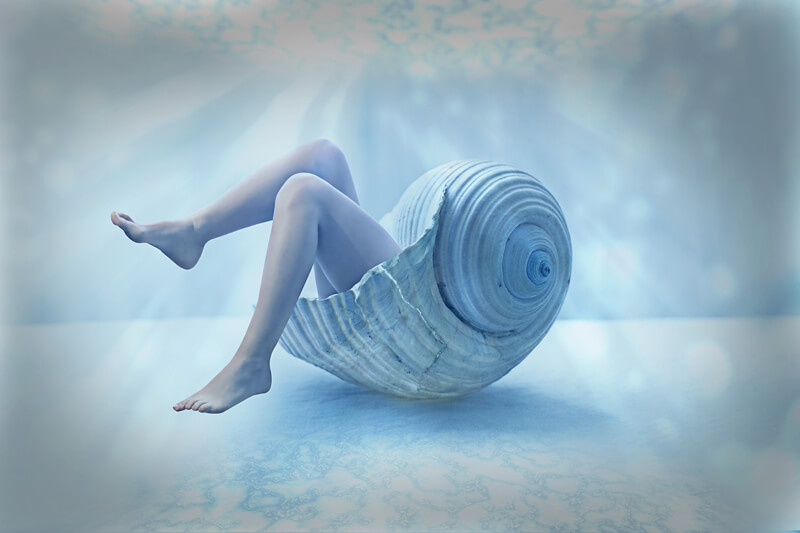 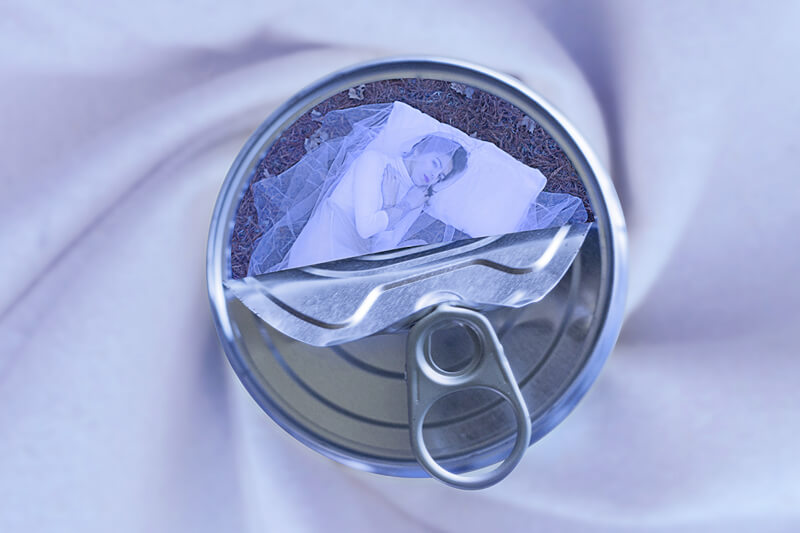 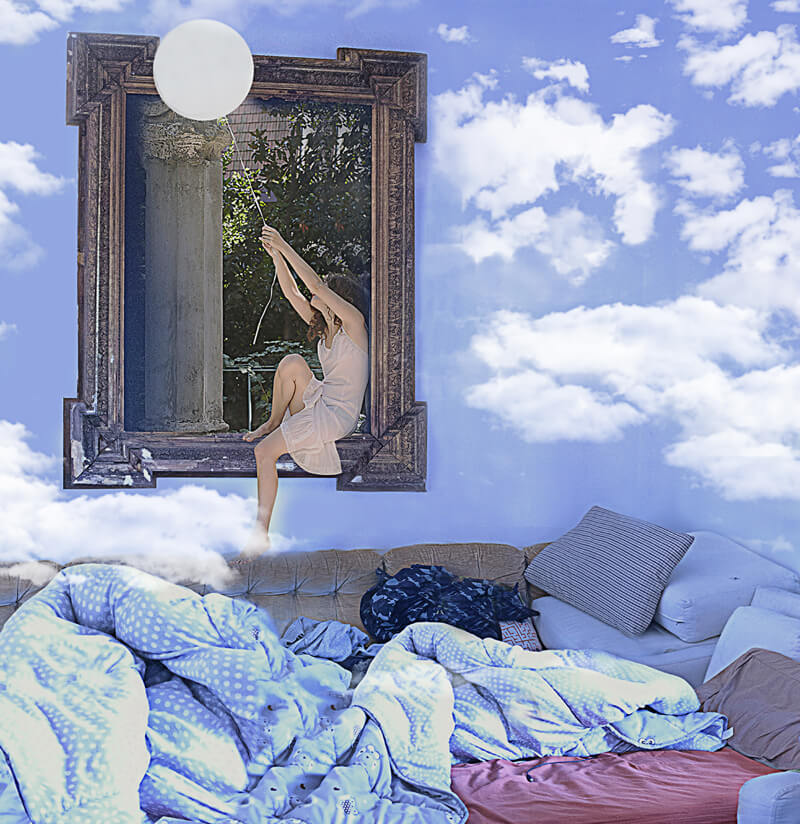 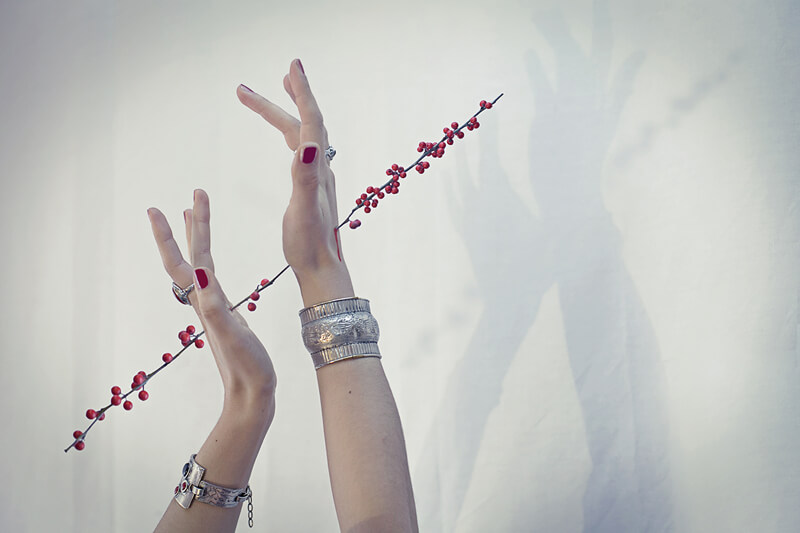 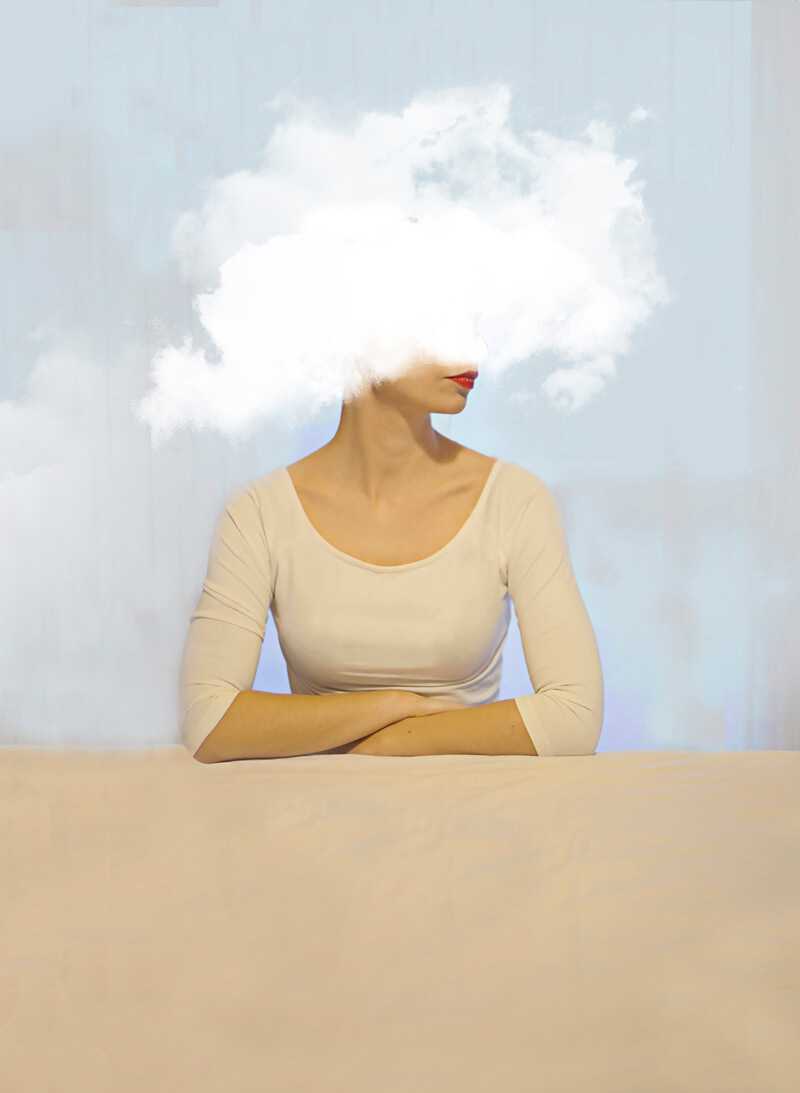