John Marshall creates unique selfies using cardboard, scissors, and the beautiful sunsets around Frye Island, Maine. The idea was hatched when he was just messing around one evening and cut a beer box into a crude alligator mask, stuck it on his head and took a self-timed picture. The resulting silhouette inspired John to want to do more of these creative photos.

When Mars House of Pizza says “WE DELIVER ANYWHERE,” they mean it. 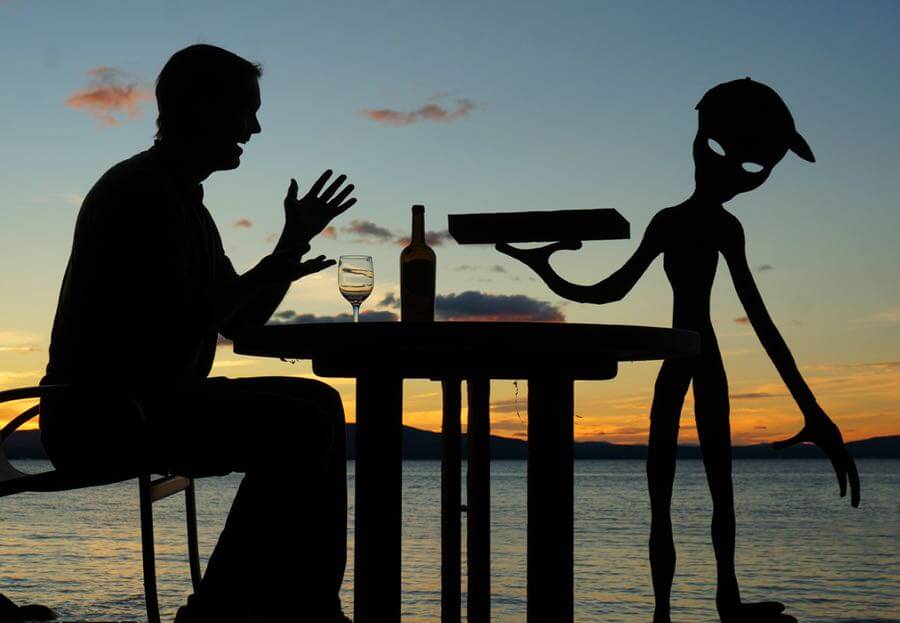 As a kid, John loved to draw and always wanted to be a cartoonist. He ended up working in TV as an award winning producer and writer. He also spends a great deal of time advocating for orphaned children all over the world (neworphanage.org).

John calls his latest project Sunset Selfies, and the creative process to make each photo makes him feel like a kid again. He loves stepping away from his work day to get on the floor, draw something, cut it out, and then go enjoy the beautiful sunset outside. “The cutouts don’t look like much at first,” he explains. “They’re rough, held together by duct tape. But when they’re backlit, all their imperfections fall away. I’m always surprised by what I get.” 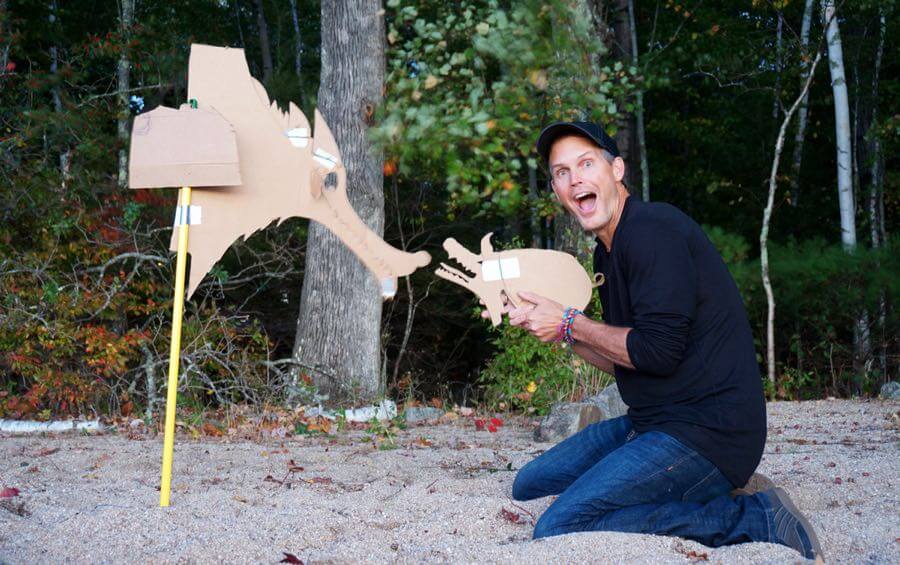 Although he’s not a trained photographer, John has worked alongside many talented shooters which has helped him gain an appreciation and understanding for good composition.

While I was watching the sunset tonight, I couldn’t stop blinking. “Hey. Do I have something in my eye?” I asked Keith, my chameleon friend. ”Yeah,” Keith said. “It’s a bug.” ”Can you get it out?” I asked. 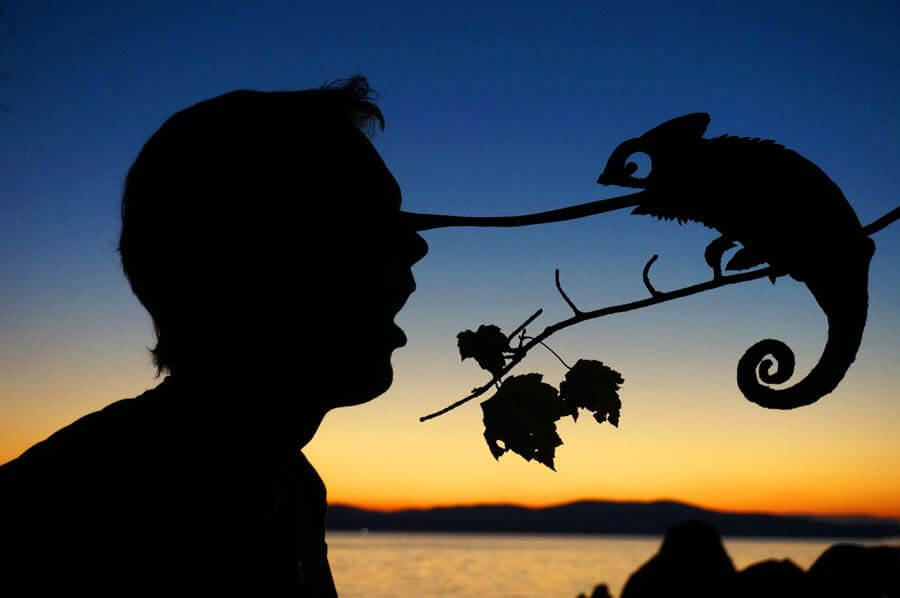 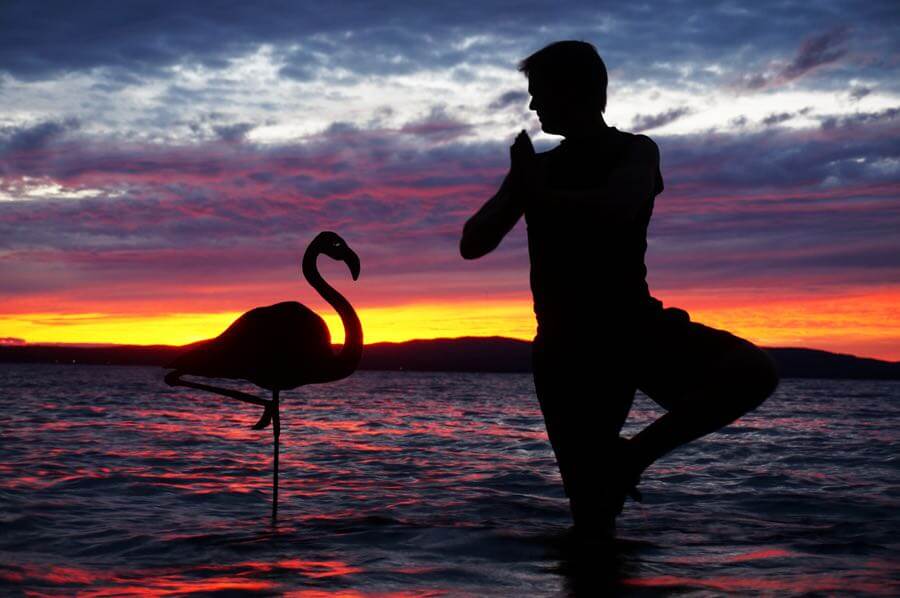 When I finally got up the nerve to approach the beautiful mermaid down on the beach, a friend suggested I bring her a bouquet of roses. But I had a better idea. 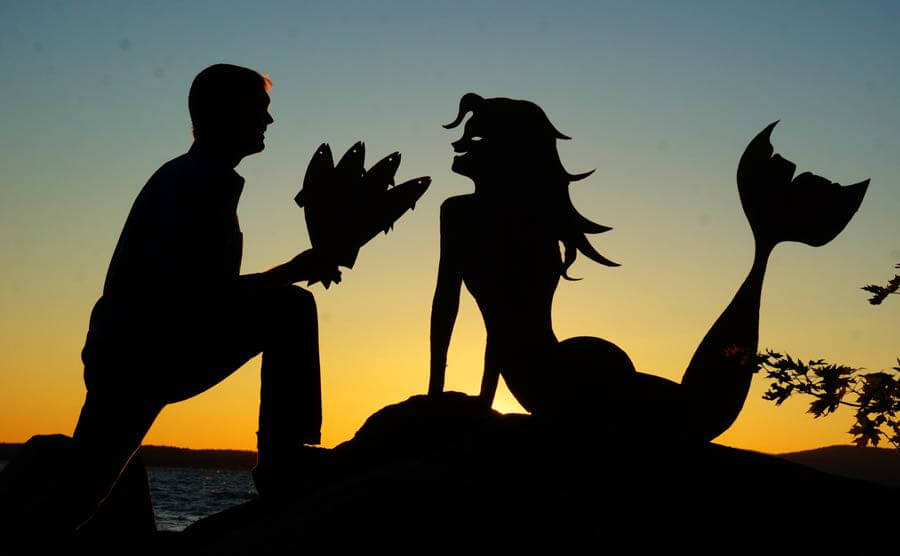 I was about to tell the waiter about the big fly in my soup when my date cleared her throat. “Are you gonna eat that?” she asked. 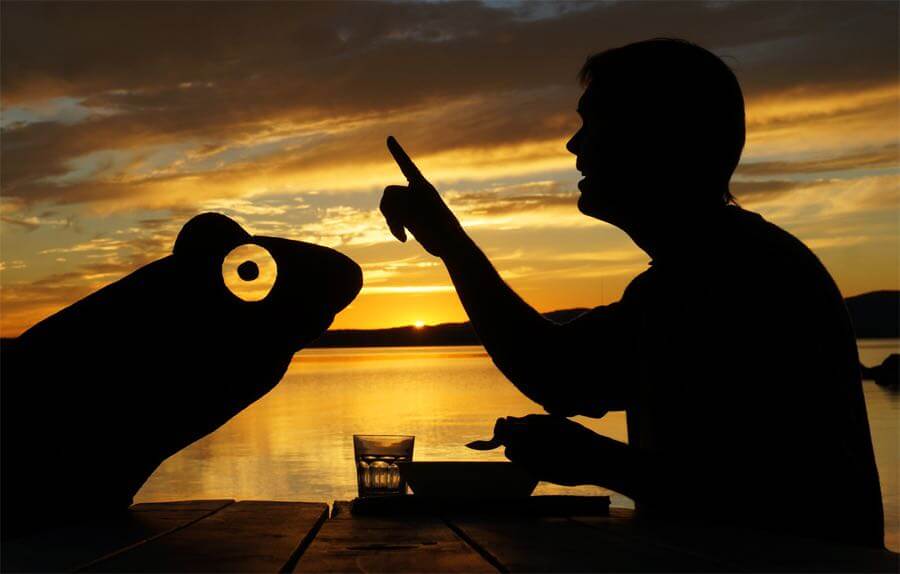 Today, I was enjoying a sunset banana down by the lake when the most amazing thing happened. All of a sudden, this warm breeze started blowing across my neck and it smelled just like bananas too. 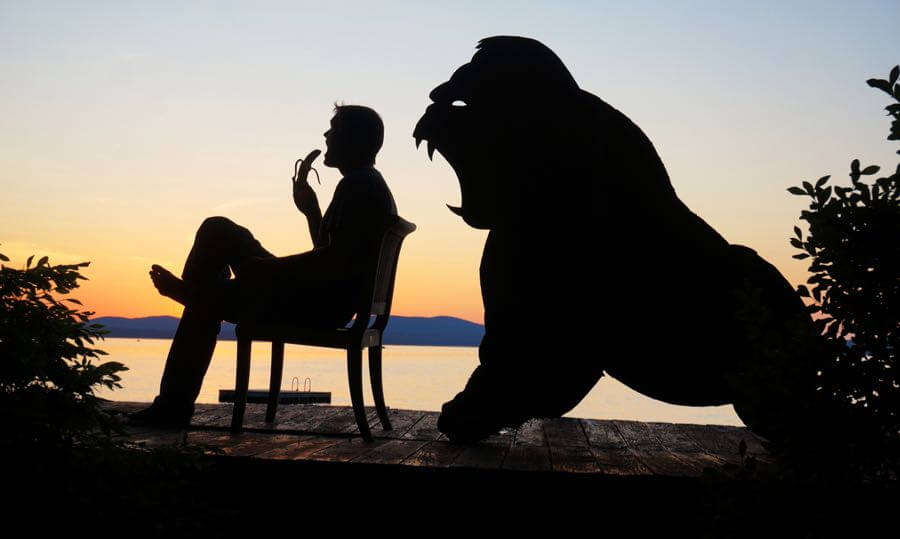 When the grizzly bear said he had a frog in his throat, I didn’t know I’d need to reach in and rescue it. 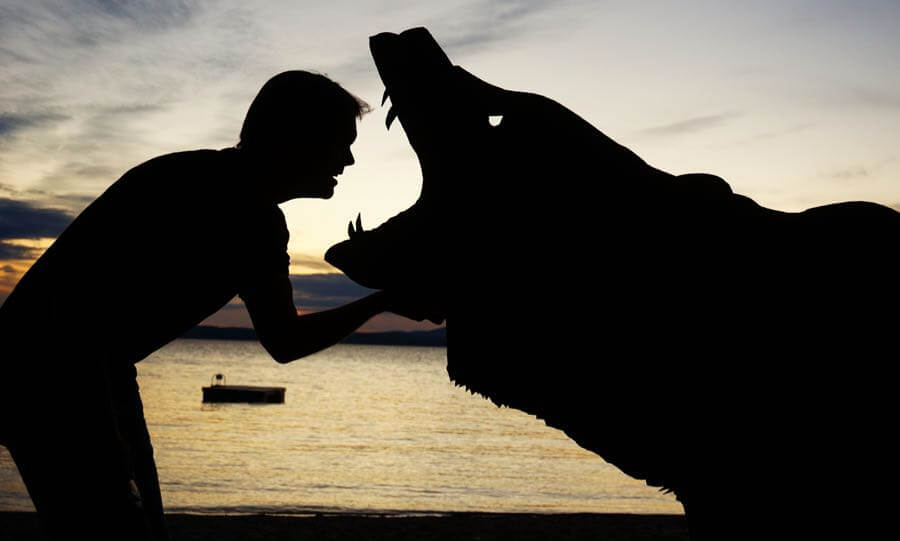 His favorite Sunset Selfies are the ones where the caption leads you to the joke in the picture. For example, the chameleon with his tongue in John’s eye or the bouquet of fish for the mermaid. The horse in the kayak was another favorite because it was so difficult, and ridiculous. John doesn’t use a remote so he only had ten seconds to click the button and run into the water, sit in the kayak, and pose.

For anyone who has ever wondered if their horse would make a good kayak partner…I wouldn’t count on it. Mine didn’t pick up his paddle once. 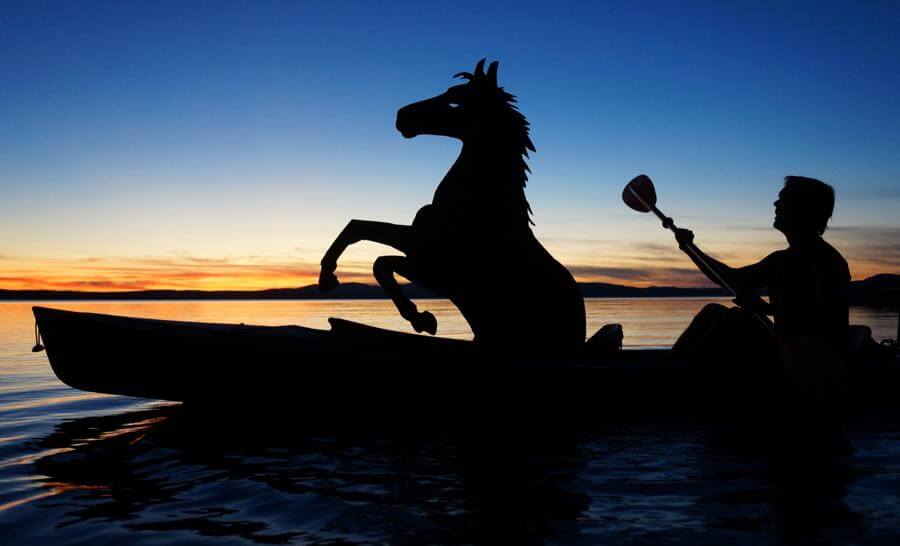 I can’t think of a better way to wind down at the end of the day then with a little Rhino Ring Toss. For anyone interested: All you need is a rhinoceros and a ring and you’re good to go. 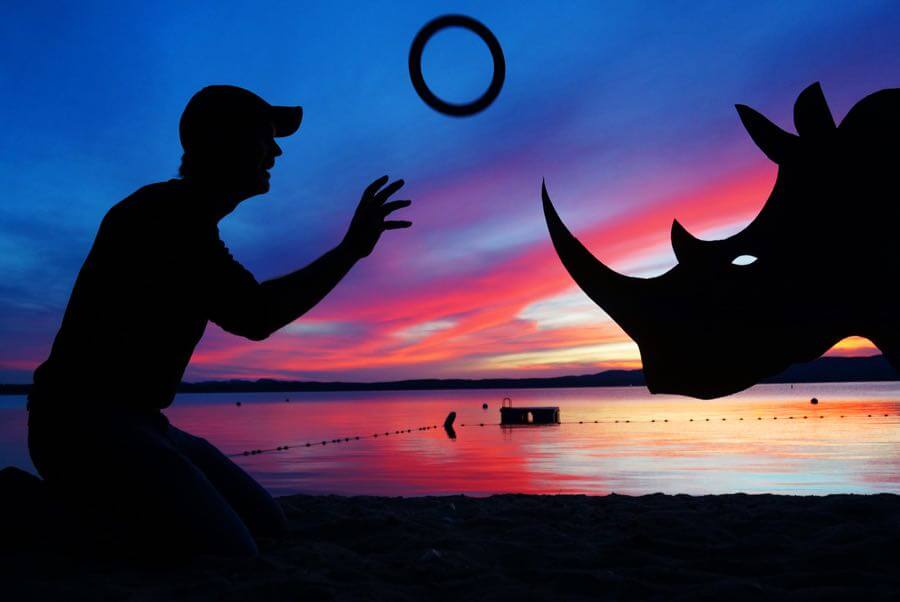 Enough with the begging. This is why you do not feed pets at the table. 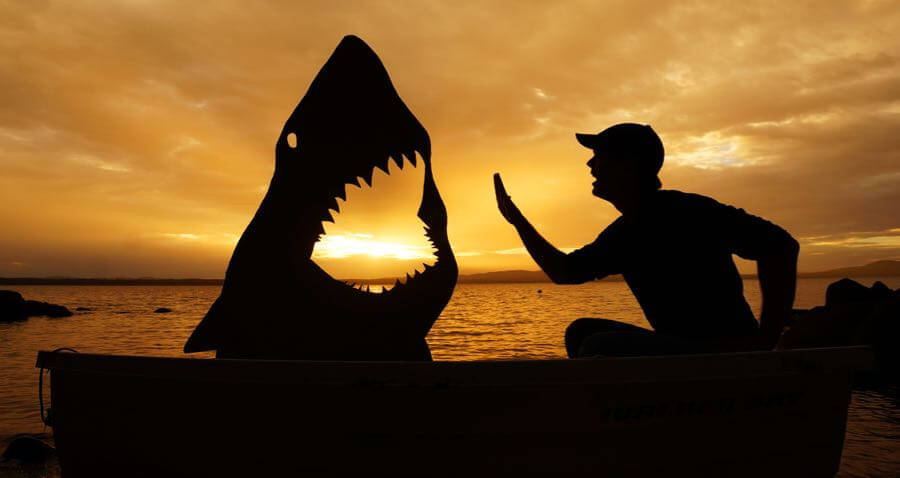 The problem with Troll Haircut Day is the brutal monotony of it all.  ”Tapered to a point?” I asked for the 74th time. 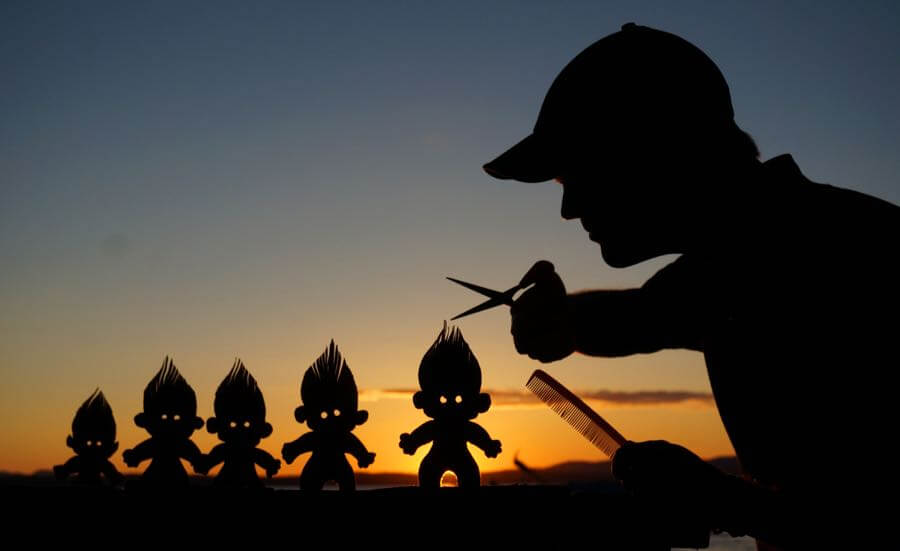 “And I really see my Sunset Selfies as single panel, live-action comic strips…like Gary Larson’s The Far Side which is one of my all-time favorites. For me, the captions are as much a part of the fun as the pictures. Without them, they’re just cool shots.”