Seattle is a beautiful city that has multiple locations for photographers to capture the classic skyline shot. Listed below are a few of those places that are easy to get to and offer the opportunity to take some great photos of the Seattle skyline.

Located in Queen Anne, this popular park has plenty of space to set up for a great photo of Seattle. You might have difficulty finding a parking spot on the street during peak times but you’ll find clear days offer a nice view of Mt. Rainier behind the city and the visit totally worth it. 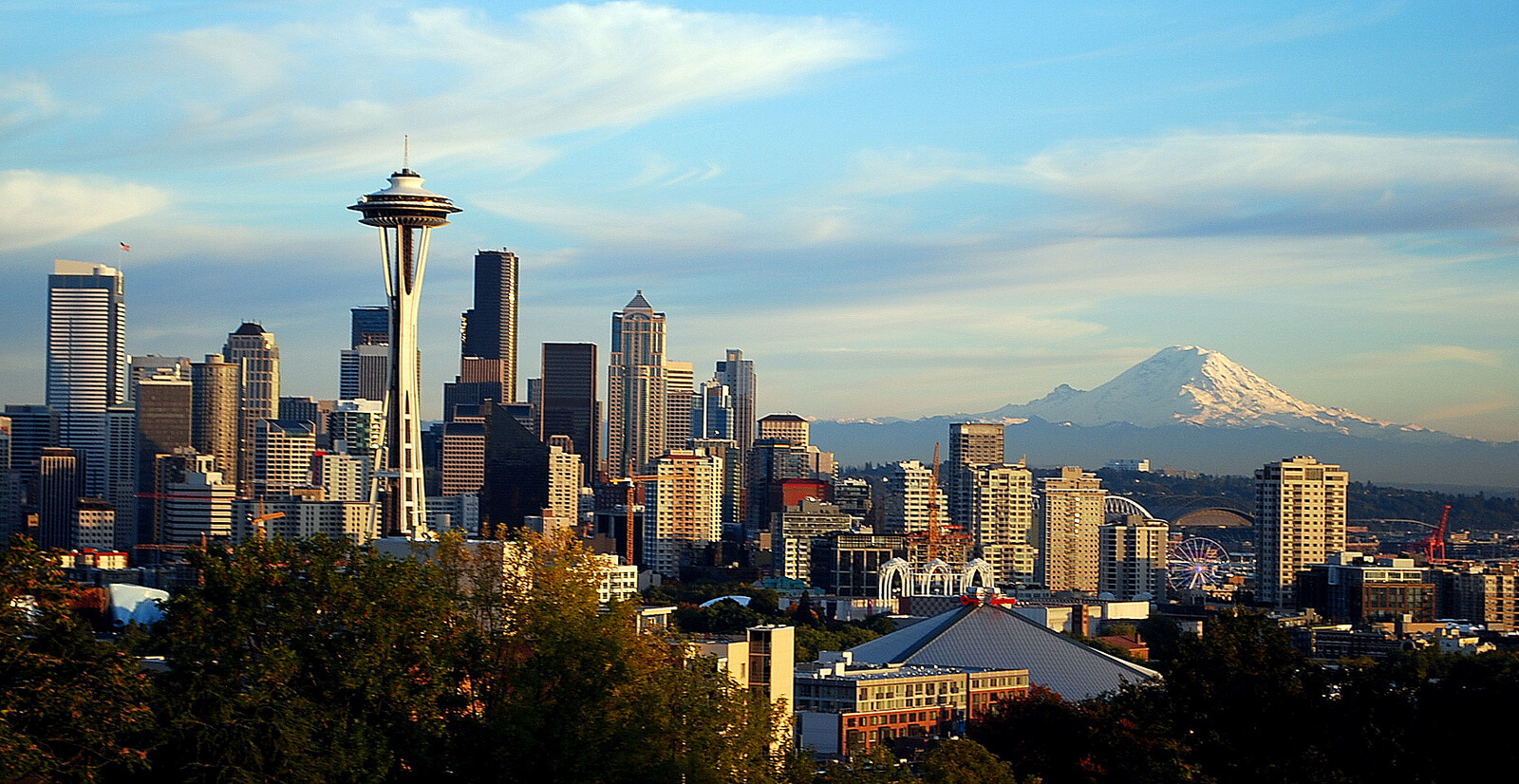 Many of the buildings in downtown Seattle have stunning views of the skyline.  Some are a part of restaurants while others are rooftops and helipads.

When coming from the east on Interstate 90, you’ll drive under this bridge as you merge onto Interstate 5 going north. The bridge is busy and shakes a bit which can cause a bit of blur during long exposures. This a great location for sunset and long exposure photos. 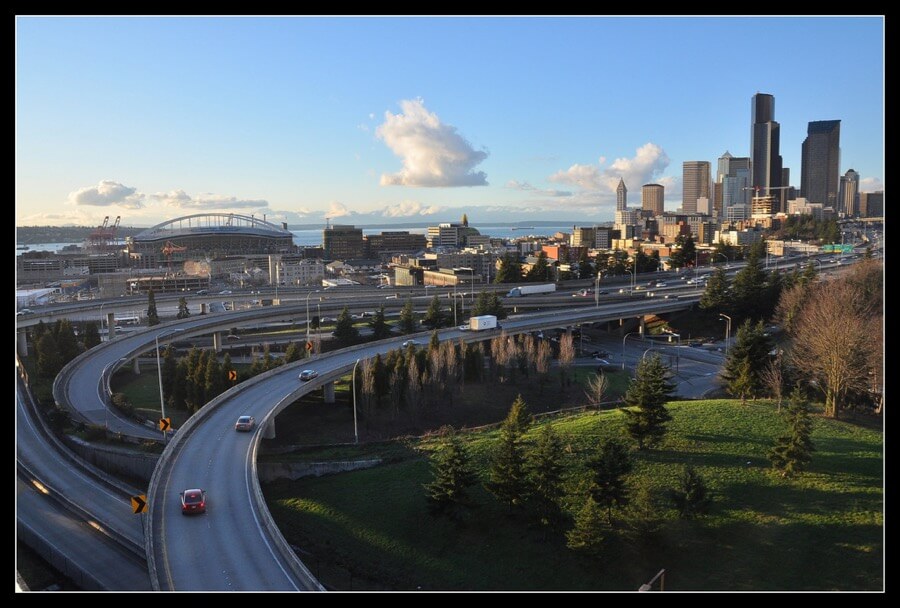 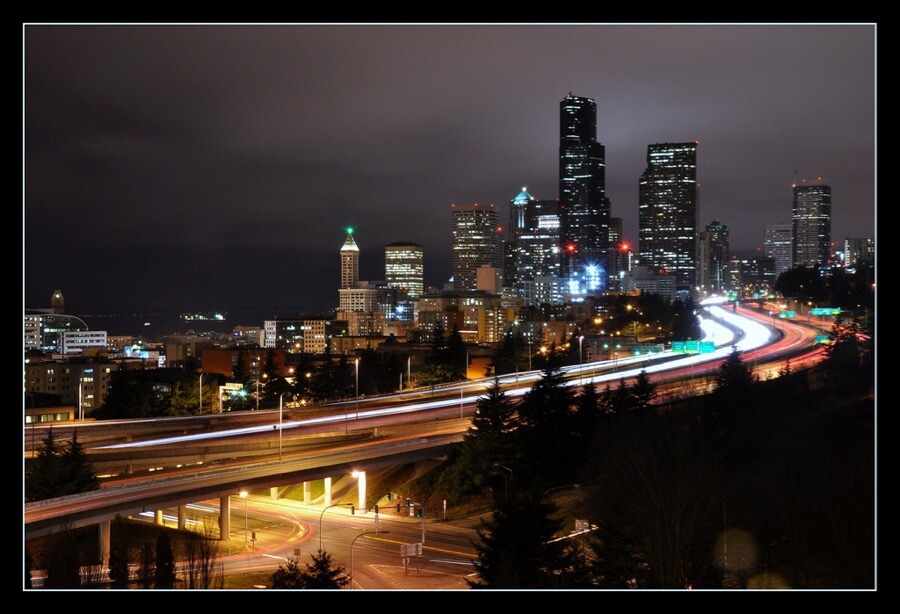 Just above the 12th Avenue Bridge is Beacon Hill. If you’re able to get into the old Amazon building, you’ll enjoy sweeping views of the city. Otherwise there are many other locations to set up your tripod and capture a few great pictures.

Wonderlane – The city of Seattle, Washington in the fall, from amazon.com, Beacon Hill, USA 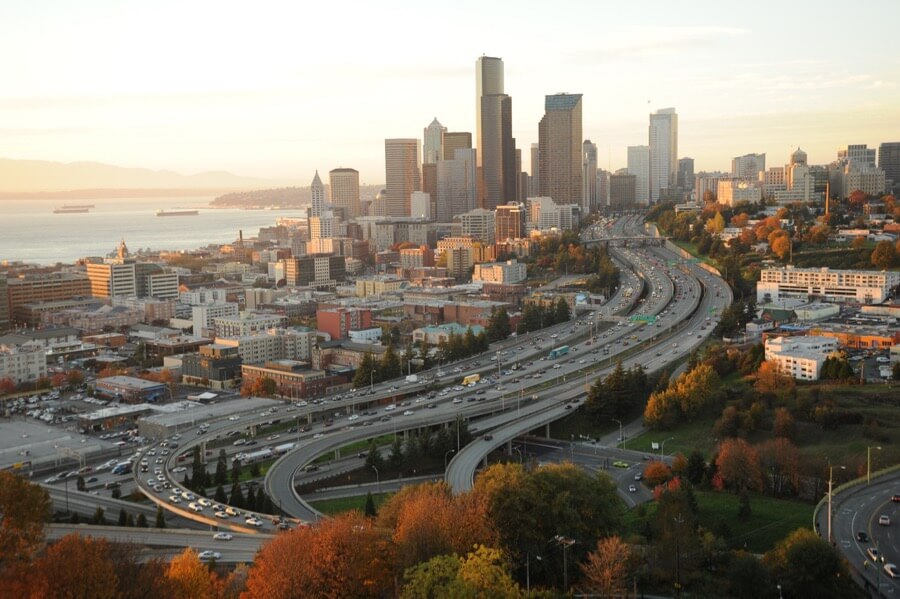 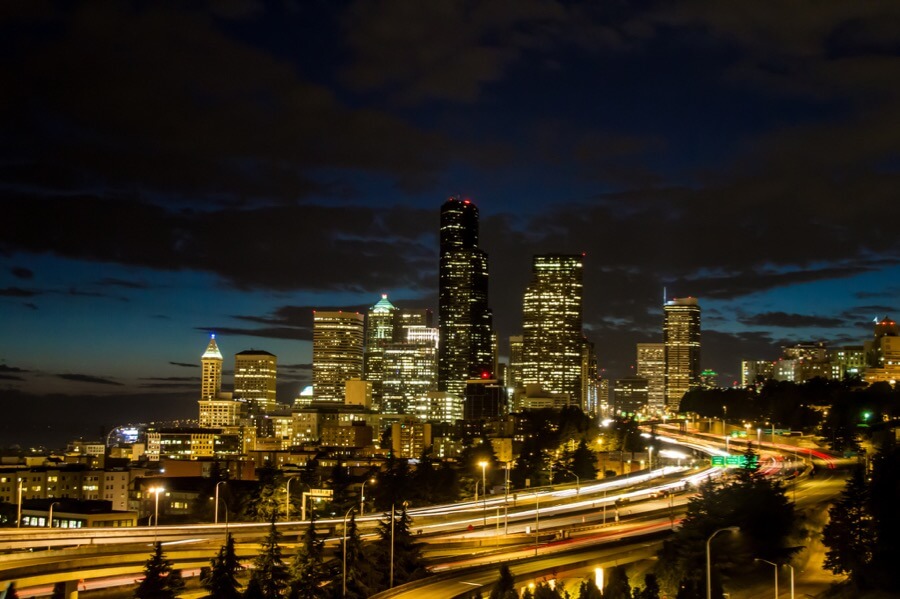 If you’ve got a little more time on your hands, take the passenger ferry over to West Seattle and check out Alki Beach Park. This long stretch of waterfront offers nice views of Seattle looking to the east.

Michael Righi – Seattle After The Storm 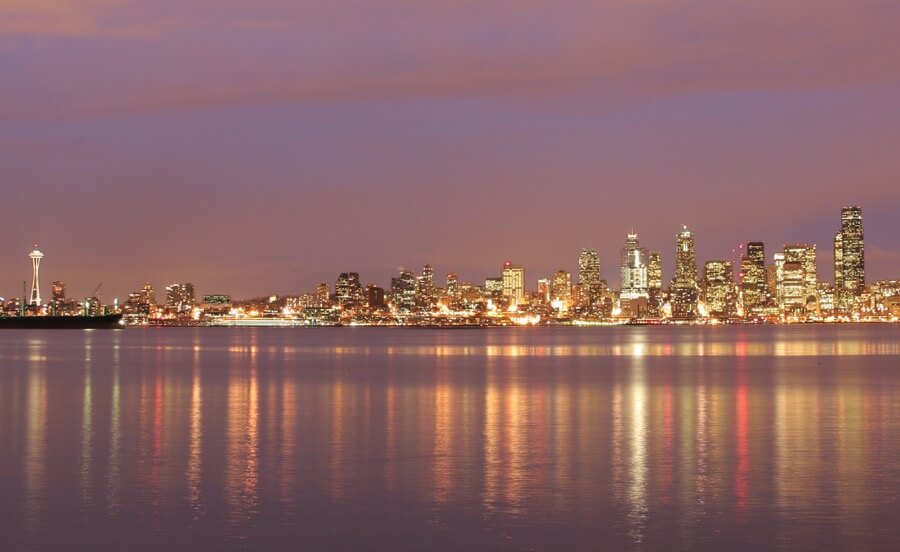 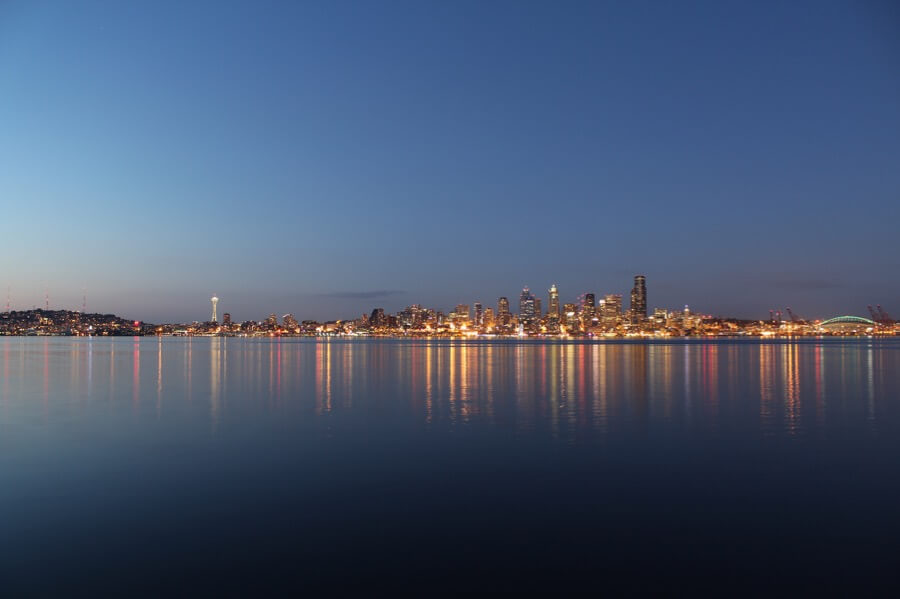 Head out to Bainbridge Island on the ferry to enjoy the Bloedel Reserve and a few nice, low key restaurants. You’ll also find some good opportunities for a skyline shot of Seattle while on the ferry. Though it’s probably not the greatest location for long exposure shots. 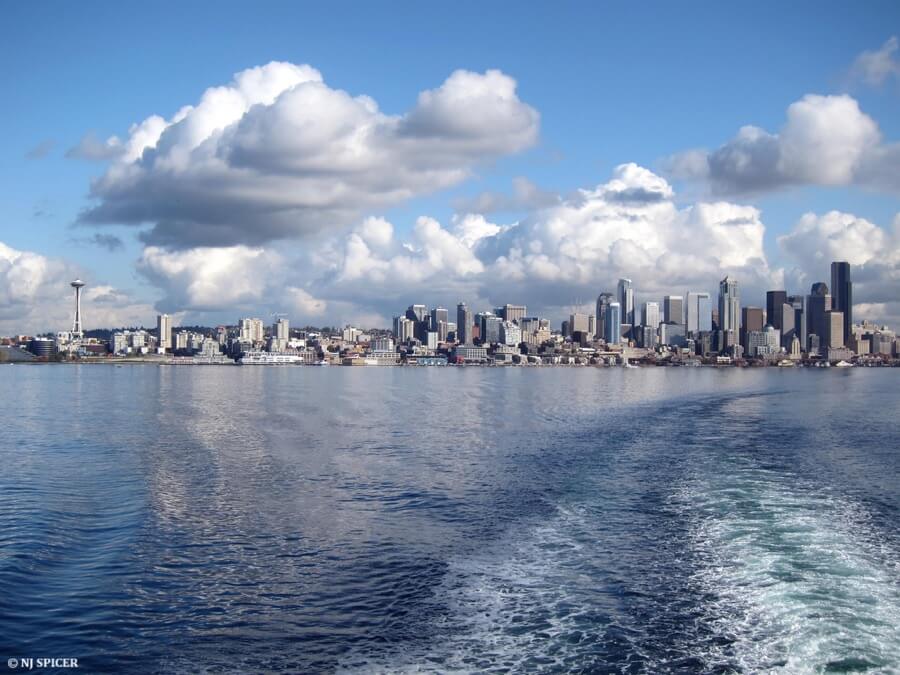 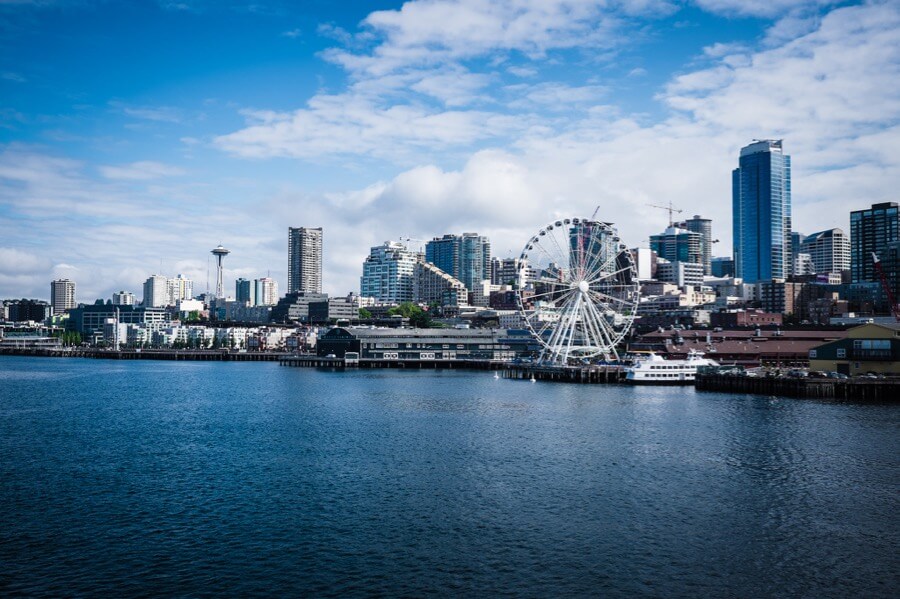 Located on the north shore of Lake Union, Gasworks Park has a great city view with ample space and opportunities to get a great reflection photo.

Cliff Johnson – Over the Sound

Head up to the top of the iconic Space Needle and you’ll find some good spots though the safety fence to get an unobstructed view of the city. 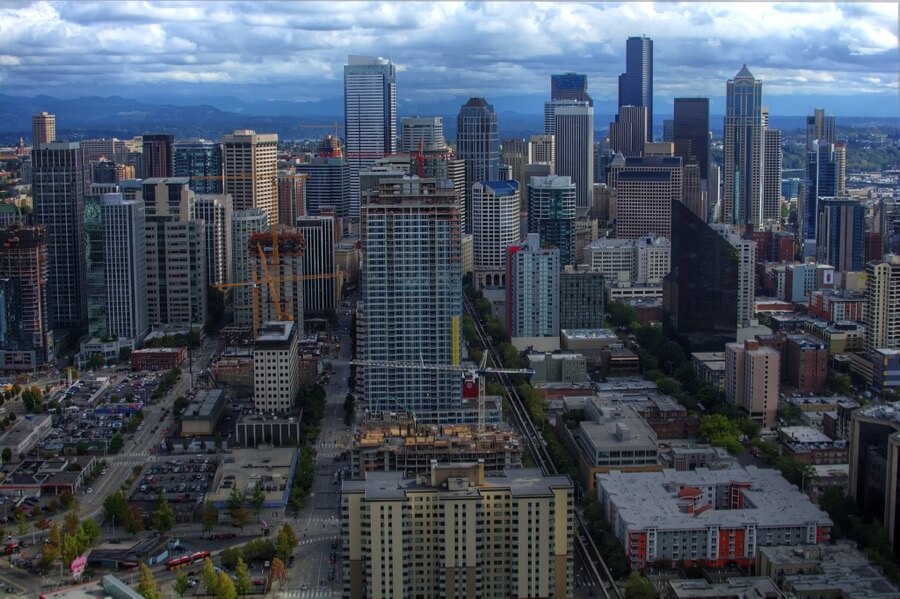 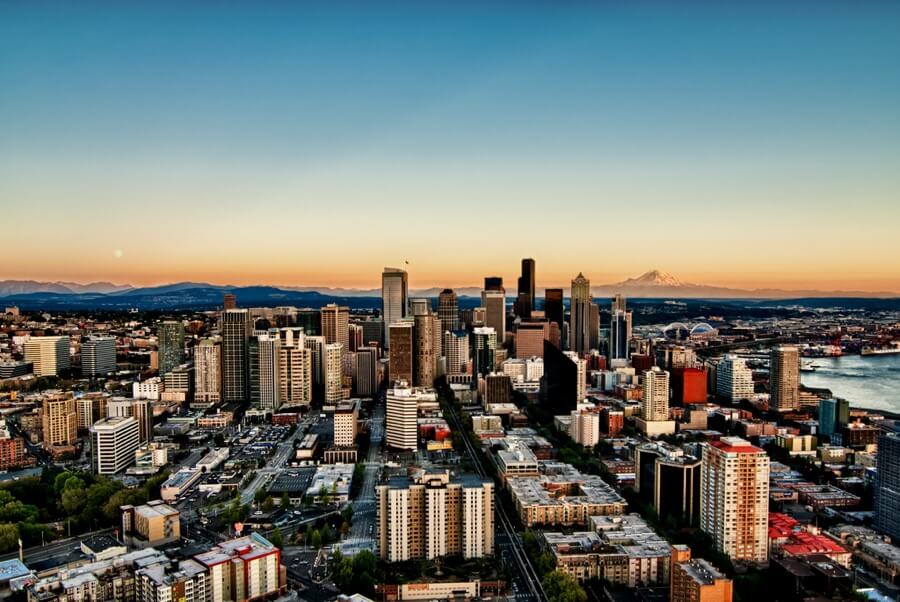 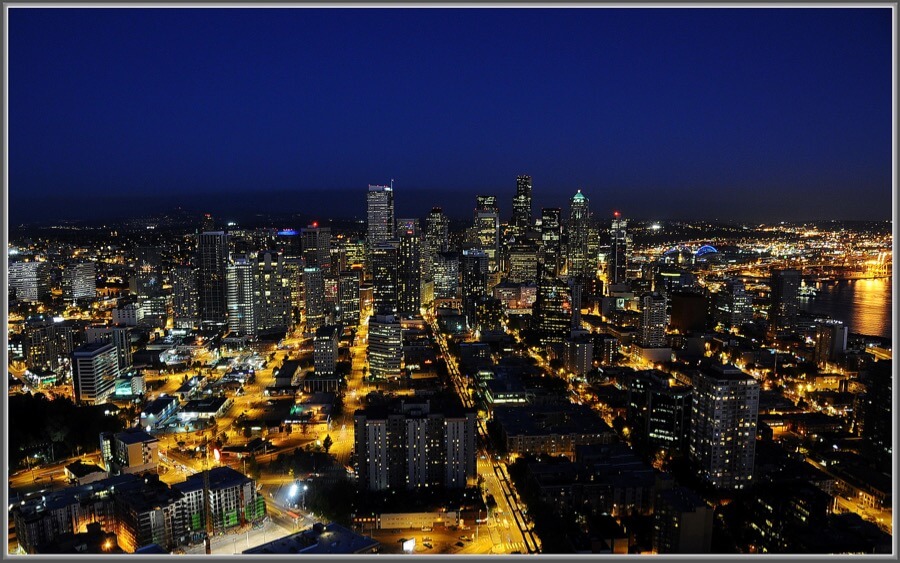 What are your favorite Seattle skyline photography locations?