Claire Droppert is a professional fine art photographer based in Rotterdam, the Netherlands. Her style is serene, simple, and artistic, yet distinctive enough to draw in clients like KLM, Airbnb, and Canon. Her style is especially popular in the tourism industry. She’s worked for travel and tourism boards in over 10 countries.

Photo editing is a big part of her style and workflow. She’s a master of editing techniques and uses them to create peaceful images around a strong concept. She likes to capture and create images of unique locations that have an atmosphere of silence and emptiness.

Besides her commissioned work, Claire does independent fine art projects that allow her to dig deeper into concepts that interest her. One of her latest projects is called Gravity. It shows natural elements hanging weightlessly in midair.

“I think it is interesting to see the different behaviors of these elements in gravity,” she says. Something that looks plain can become intriguing when weightless. Its whole appearance changes.

So far, she’s photographed sand and flowers in this way, but the project is still ongoing. Here are some of the images she’s currently created for this project. 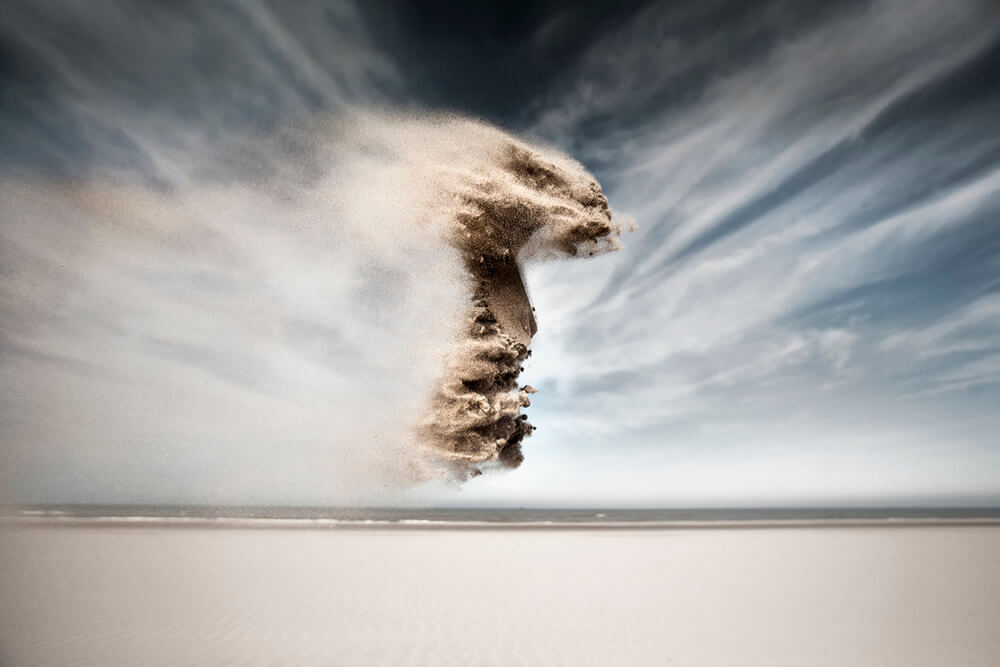 Claire started her Gravity project by photographing sand thrown into the air at beaches in Holland. The resulting images were full of energy and life. They looked so much like living things that she began to call them “sand creatures.” The name stuck and became the name of the series.

Later, she took a second round of photos, Sand Creatures II, using the same technique but with a slightly different background. She used more blue sky to contrast the sand and blurred the beach to bring more attention to the sand creatures. Though small, these changes do set the second series apart from the first.

All the photos in both series have animal names, which the sand creatures might resemble. It’s like seeing animal shapes in clouds, except there’s more liveliness. You’re looking at a certain quality of that animal, seeing its movement or energy more than its exact shape. 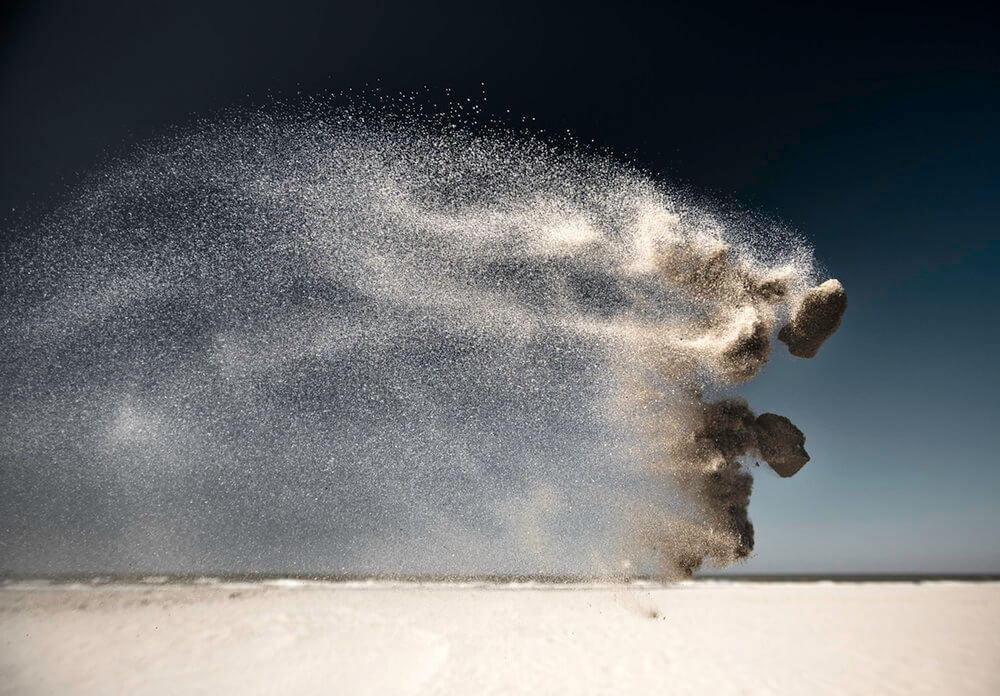 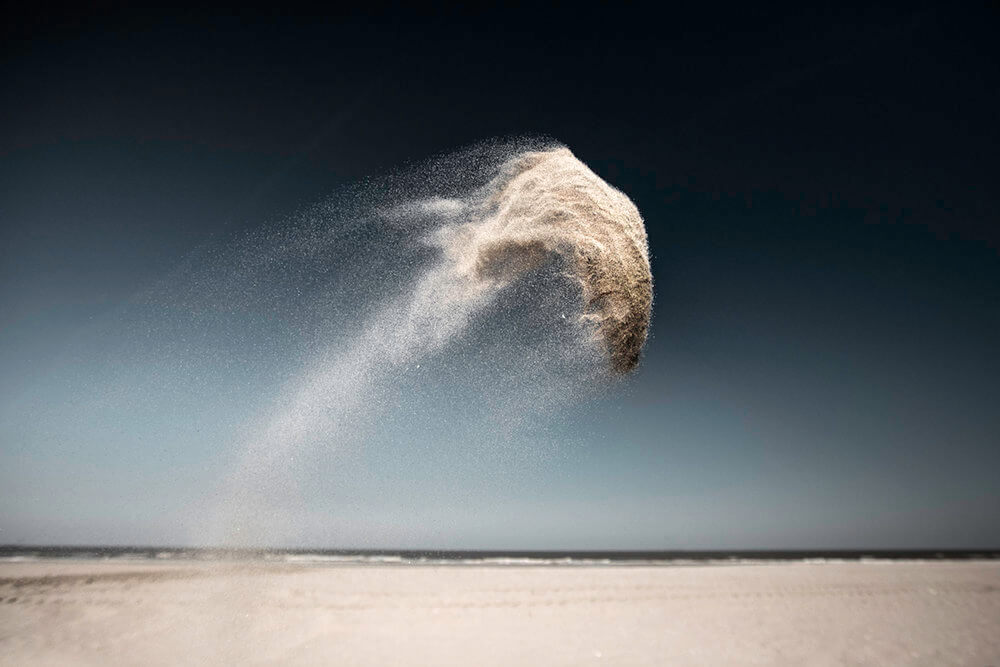 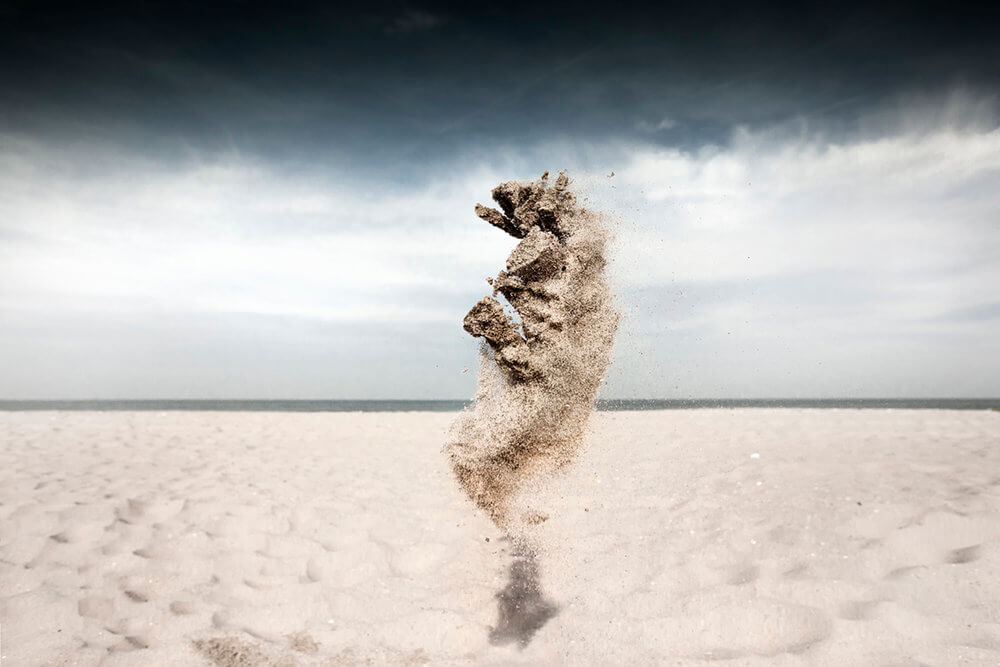 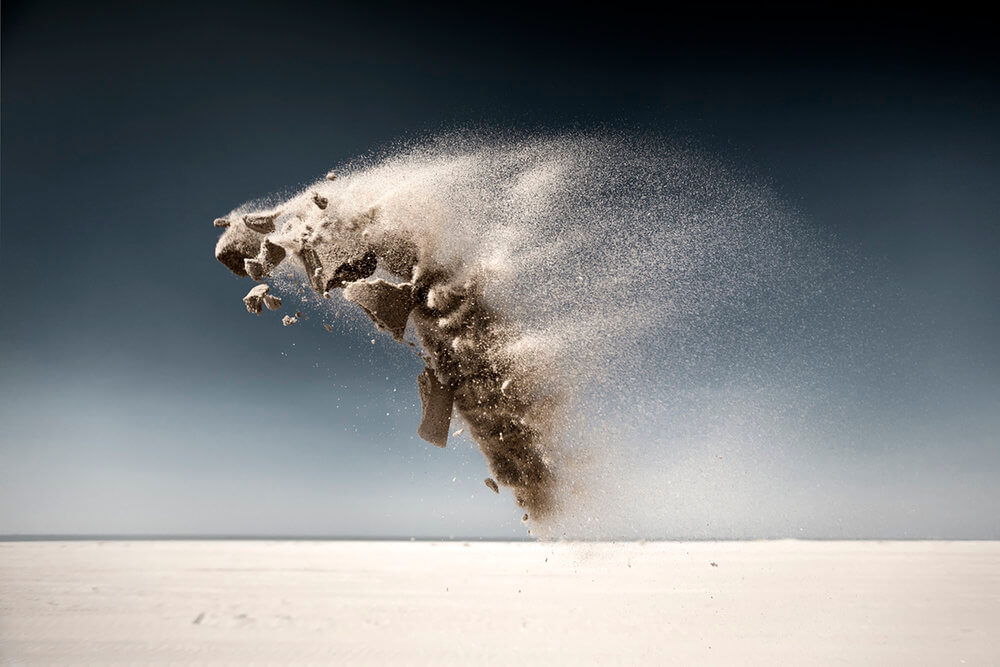 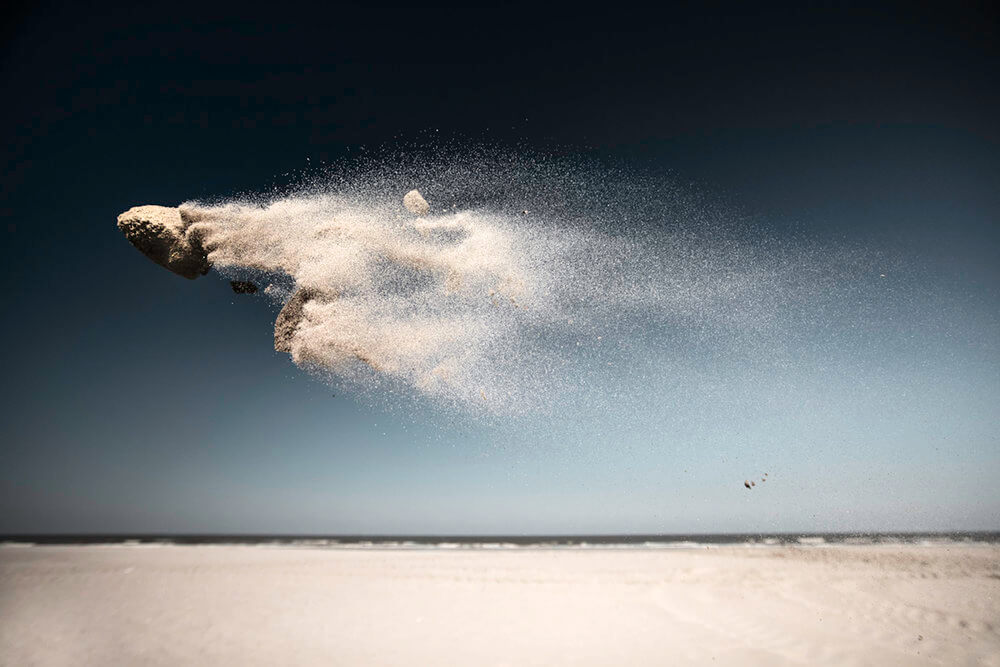 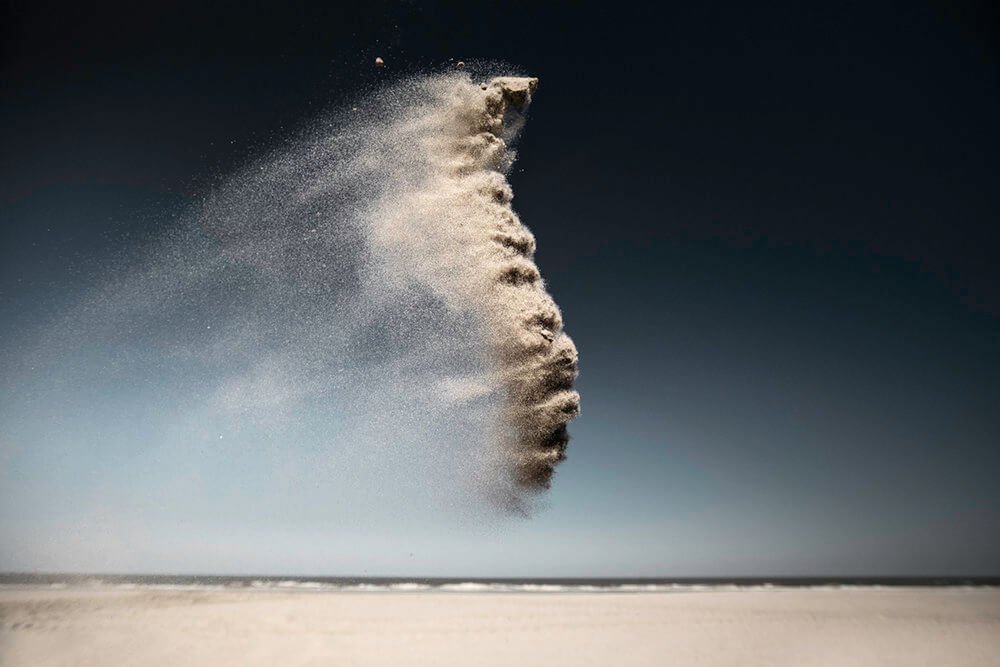 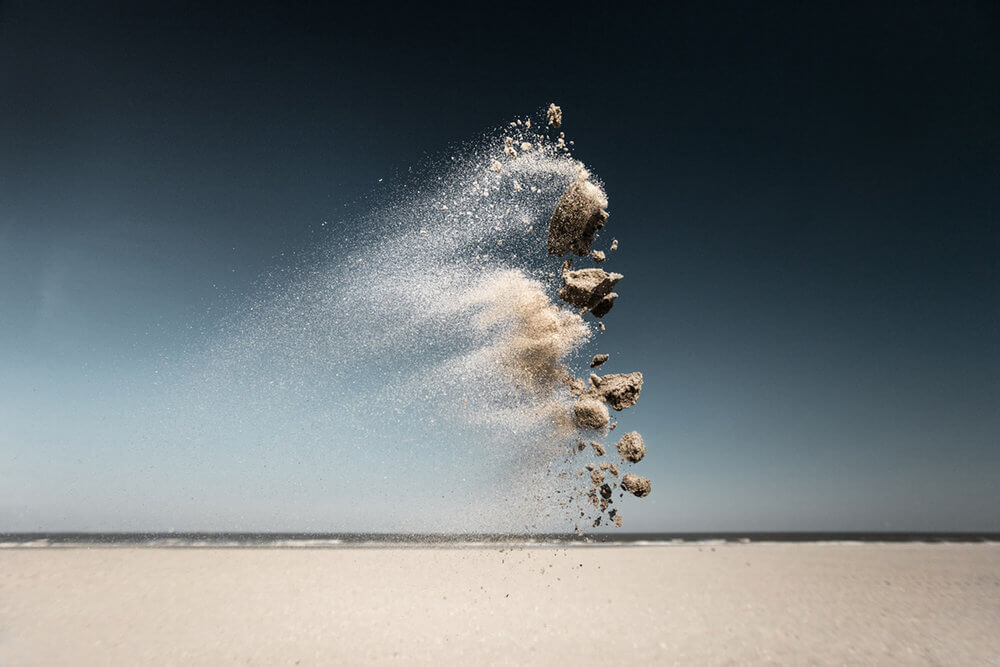 The next series of her Gravity project focused on flowers such as tulips and daffodils, which are grown en masse in the Netherlands. She visited fields of these flowers, which are in bloom for only a short time before they’re cut down.

“They are grown primarily for their bulb,” Claire writes. Their beauty is powerful but short-lived. This beautiful transience is something she wanted to capture, so she created images of cut flowers hanging weightlessly against a background of thriving flower fields.

She named the series Flower Power, since it shows the flowers at their “maximum power” – freshly cut in peak bloom. Soon, they’ll start wilting, leaving only images to remember their beauty. 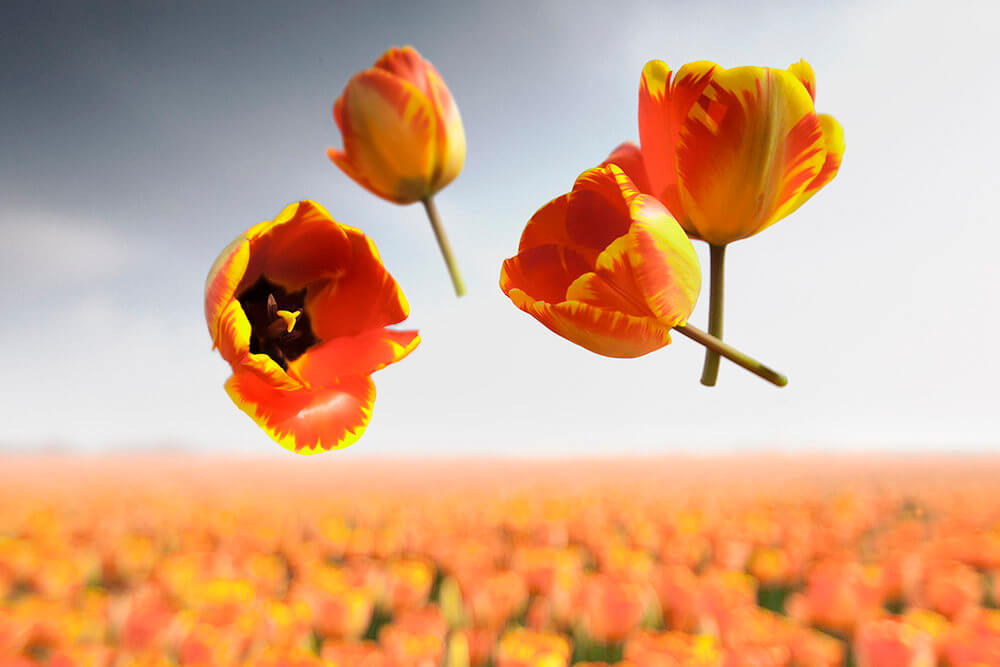 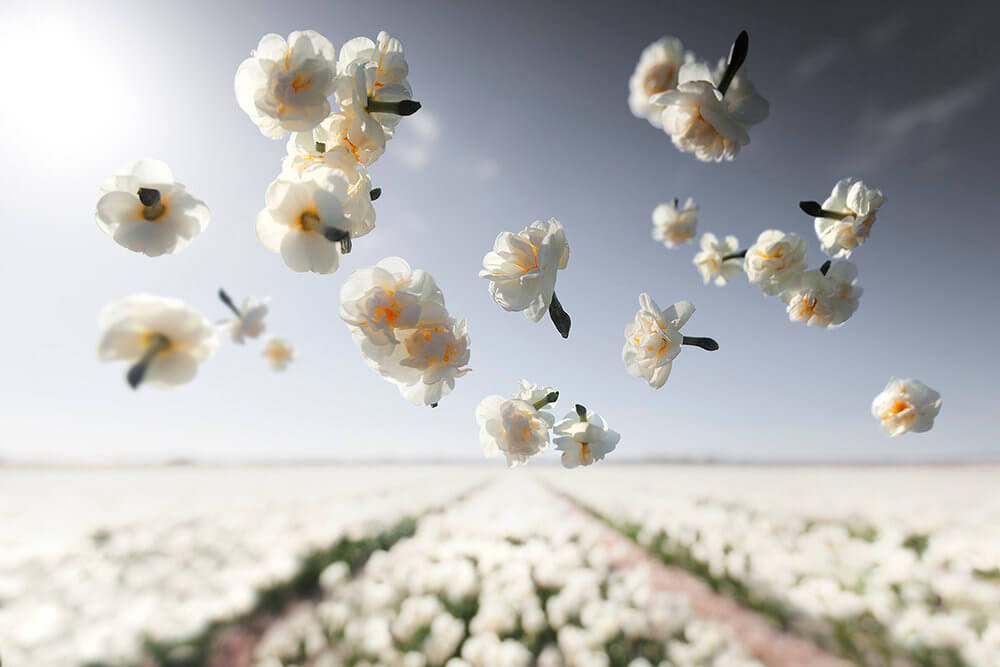 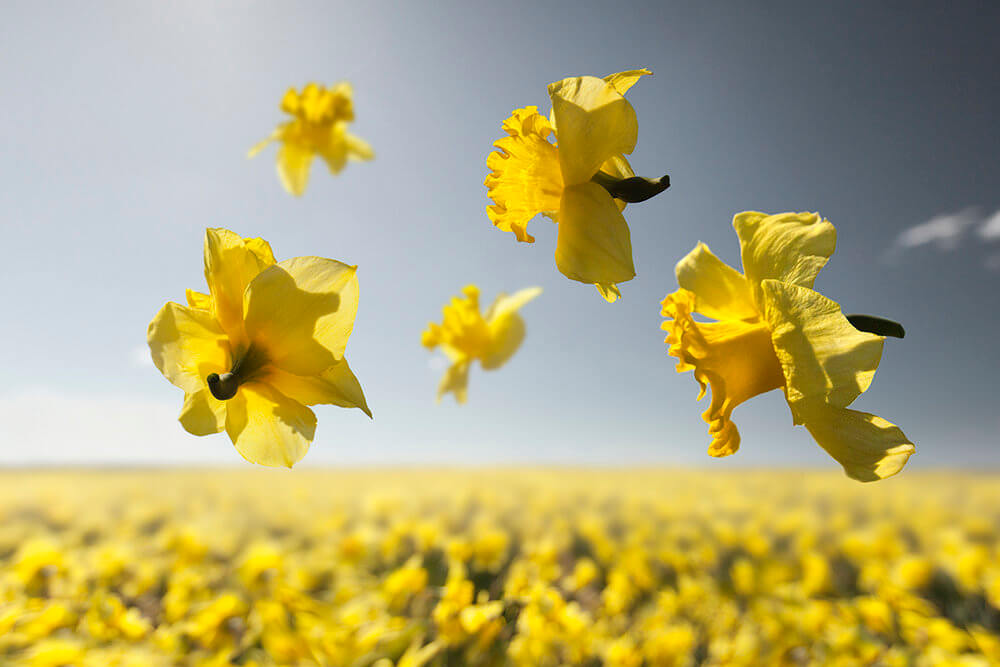 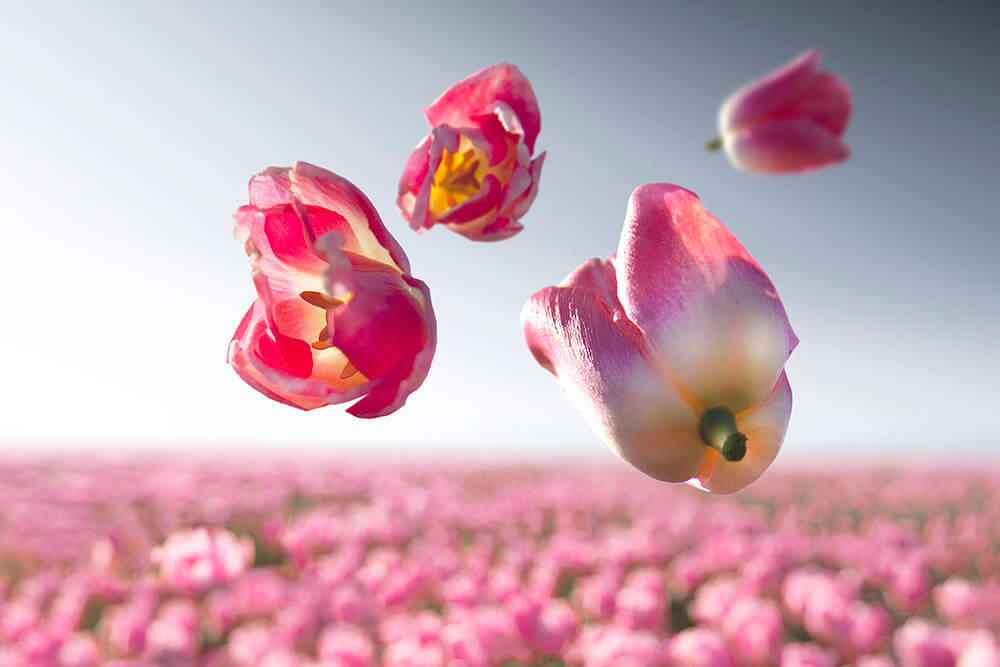 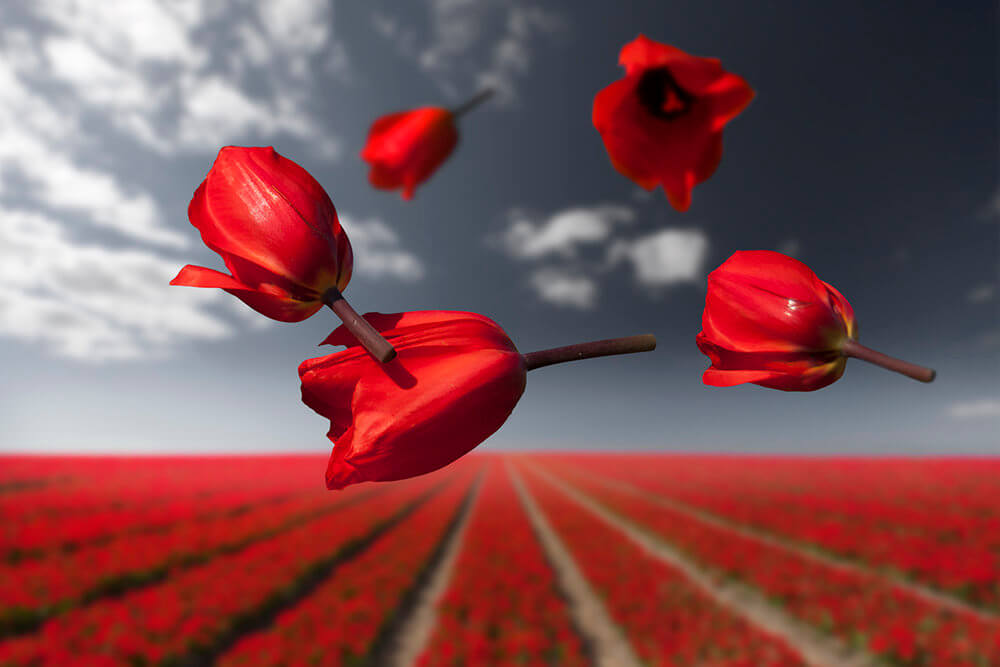 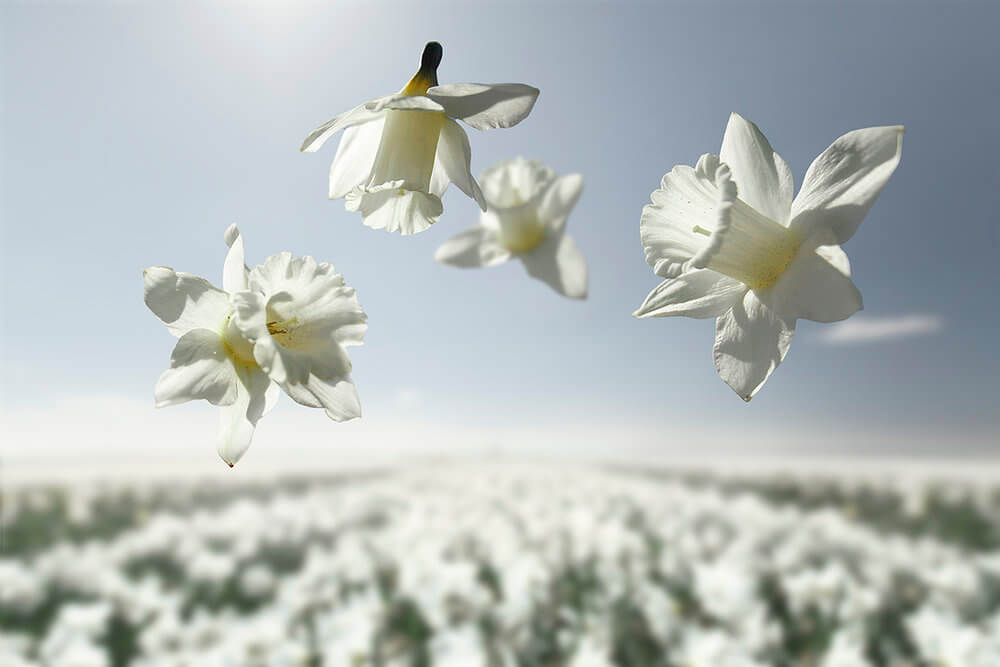 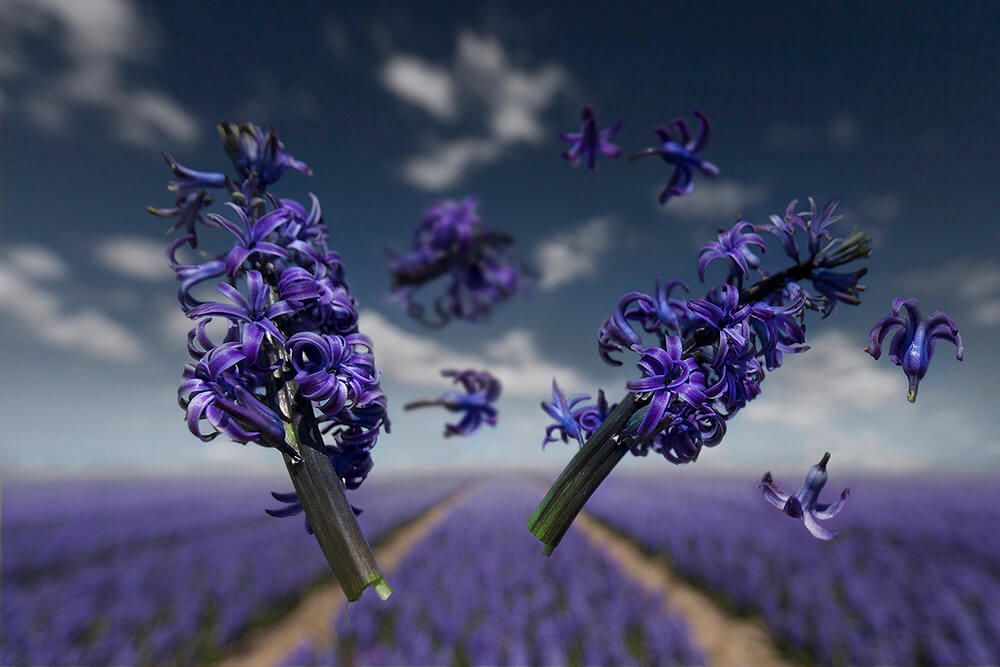 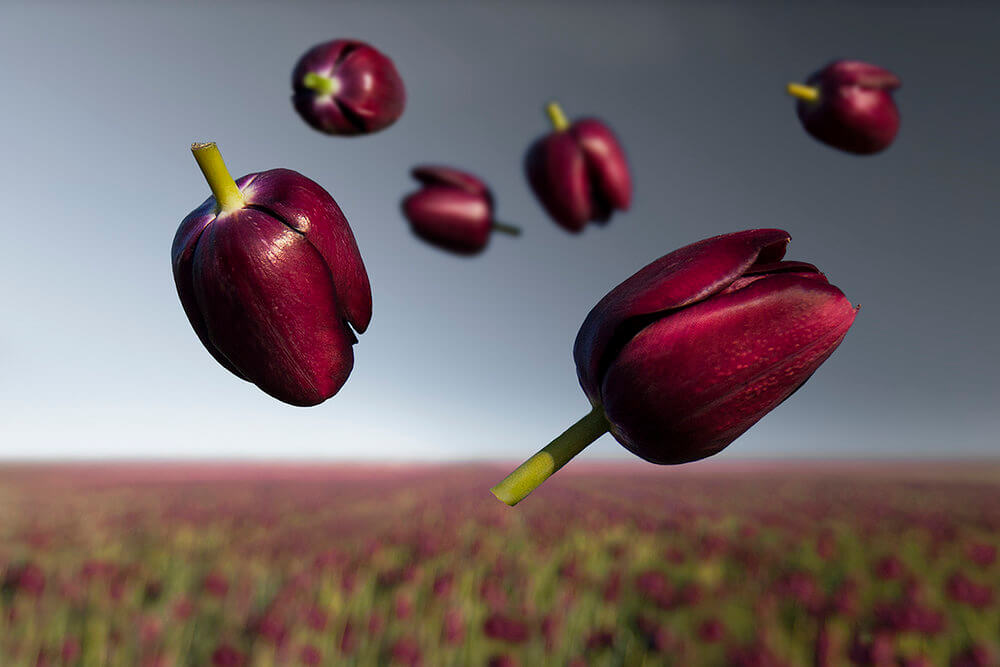