Chicago, also known as The Windy City, is a gorgeous multicultural city that’s one of the largest in the United States. Famous for it’s outstanding architecture, Chicago’s skyline is beautiful with it’s prominent skyscrapers along Lake Michigan. But the city offers more than just incredible buildings. It’s filled with plenty of parks, museums, beaches, street art, the Chicago River, and much more.

This is a great city for a photographer looking to capture diverse images that are all taken in the same vicinity. Here are some places around Chicago to visit and photograph.

Millennium Park is filled with places to take pictures. Within the park is the popular Cloud Gate, or known as The Bean. This interesting piece of art offers many ways to take creative photos, whether you want to take a selfie in its reflection or capture it on its own with the city skyline in the background. If you visit the park in the winter time, there’s a great ice skating rink right below Cloud Gate that allows for some gorgeous views. Either way, you won’t be disappointed with this unique photo op. 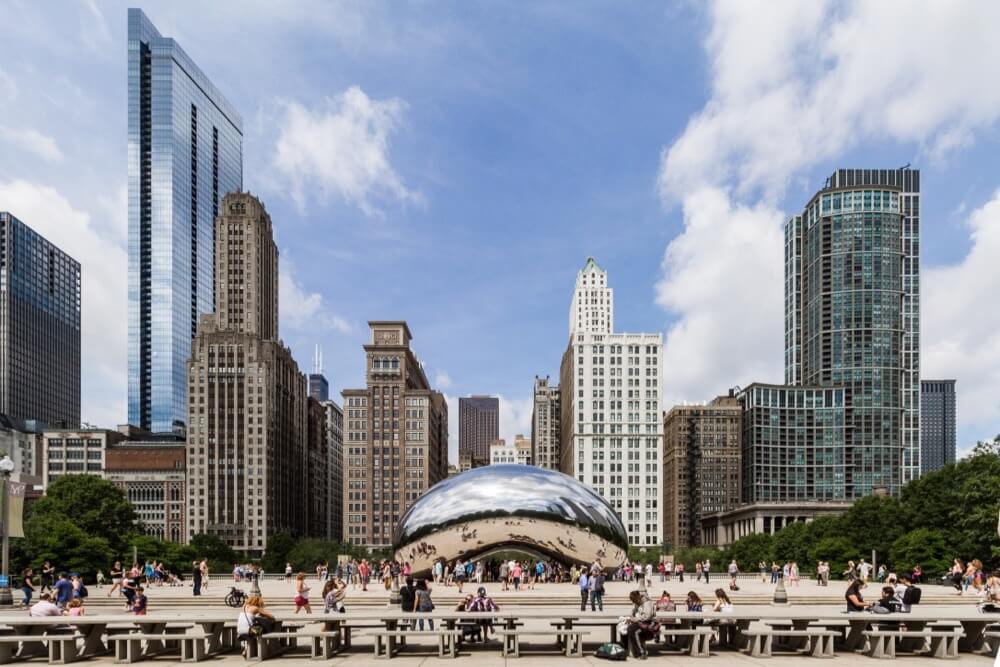 The Chicago Theatre is an iconic landmark in The Windy City. It has a beautiful sign which is especially magical when it’s lit up at night. If you’re out on the town for a walk after the sun has gone down, take advantage of it’s sparkling lights and get a nice long exposure shot. 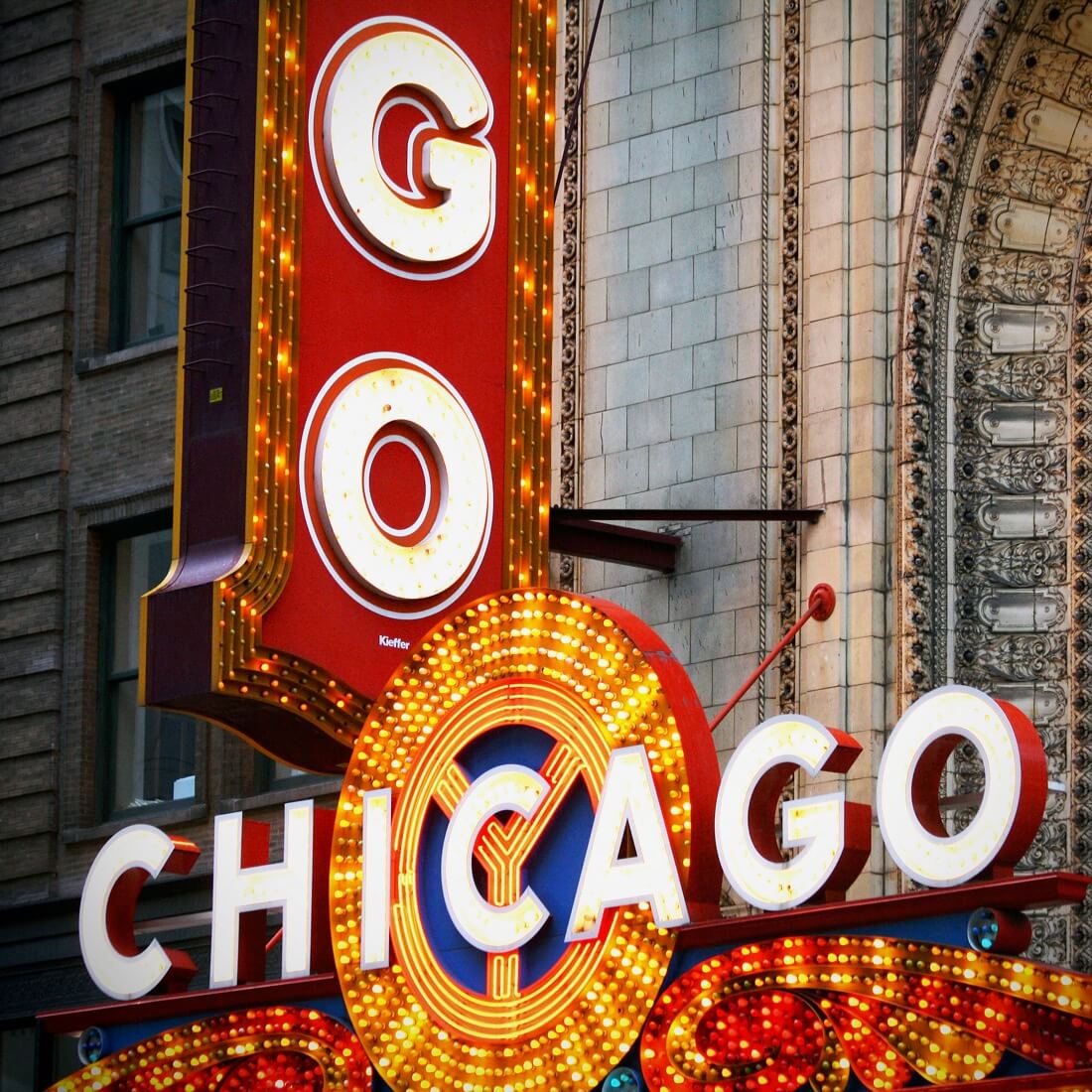 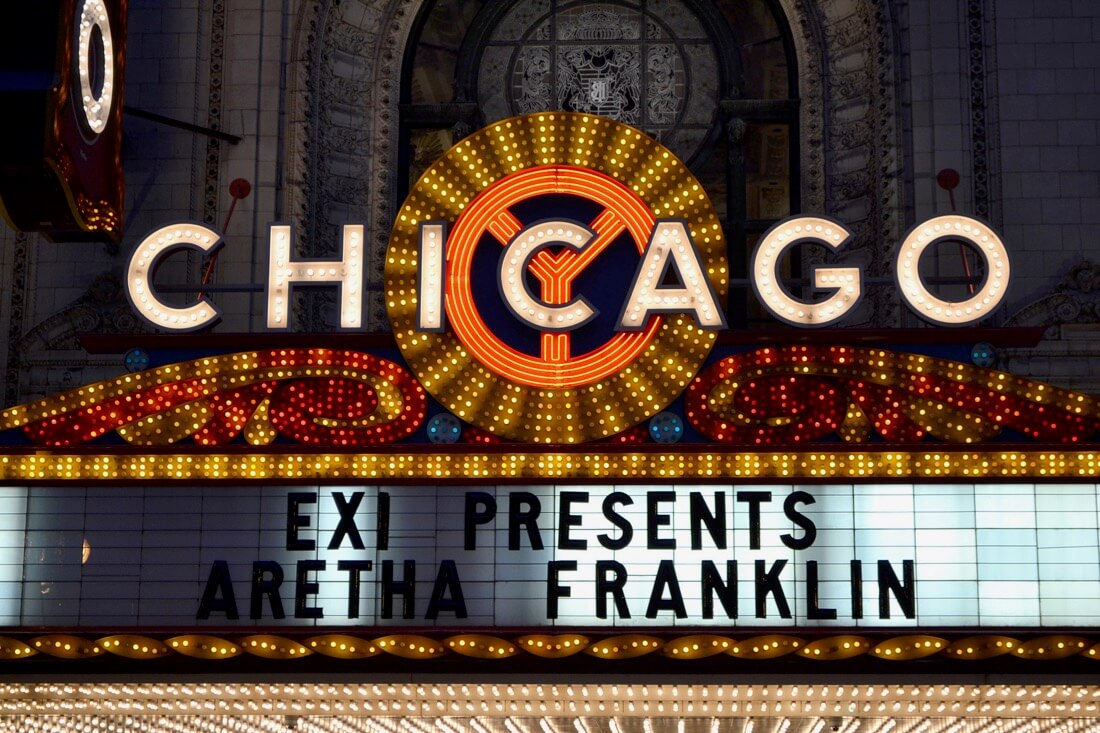 If you’re wanting to photograph skyline views of Chicago, North Avenue Beach is a great spot to be. It’s one of Chicago’s most popular beaches with a breathtaking view of the city skyline.

Monika Thorpe – chicago, where else? 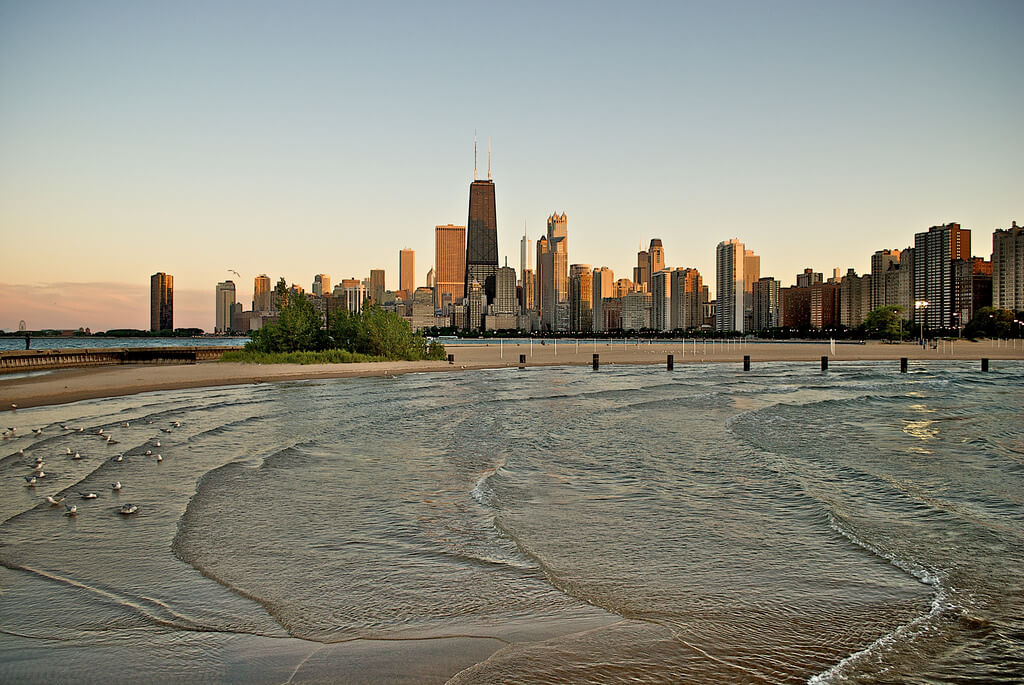 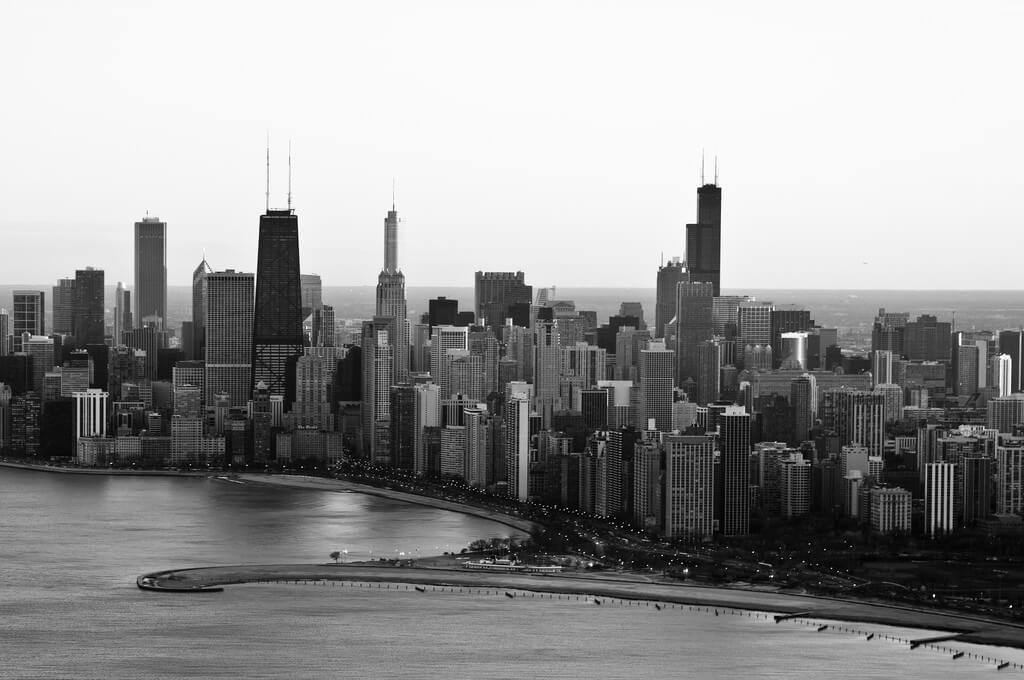 Buckingham Fountain is one of the largest fountains in the world, shooting water upwards to 150 feet into the air. The fountain only runs water in the summer months, so keep that in mind if you’re wanting to visit it. And if you visit it at the top of the hour, you’ll be presented with a water show. The backdrop of the fountain also has a great view of the cityscape. 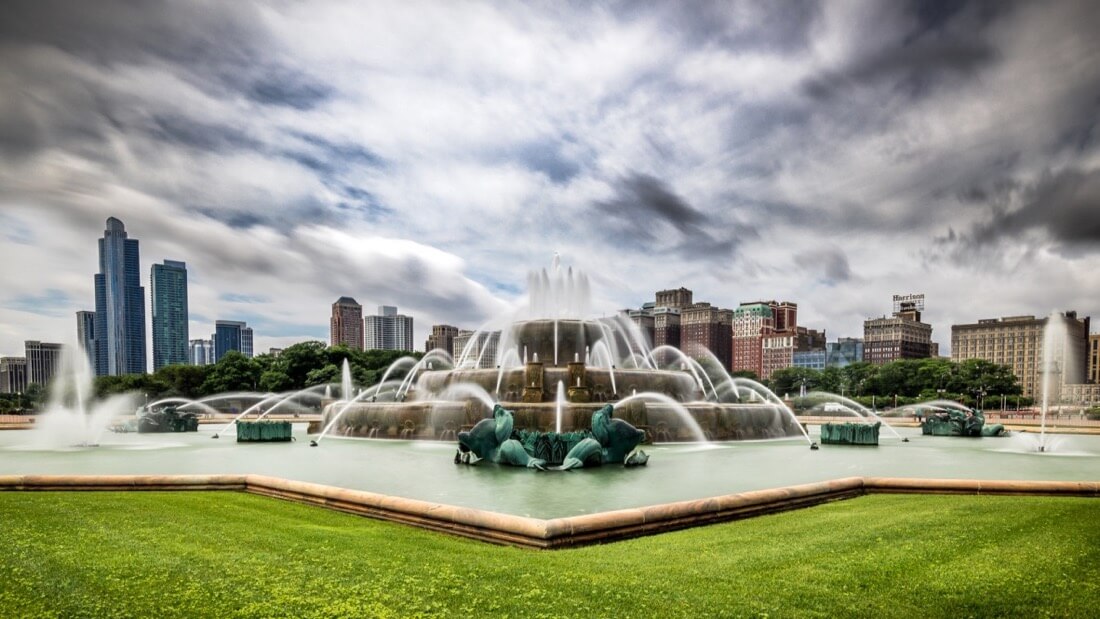 If you’re exploring the heart of the city, it’ll be hard for you to miss the Chicago River because it runs right through the city itself. The river has many bridges that cross it that make for a great place to stand to take some pictures. You’ll get some unique shots of the river that bordered with Chicago’s beautiful architecture. 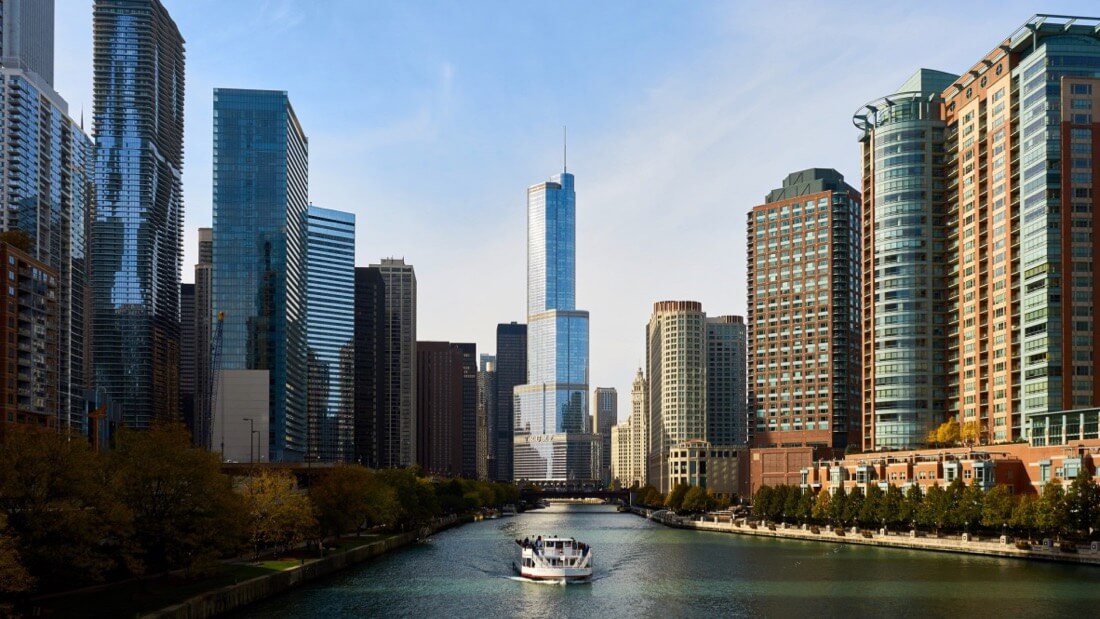 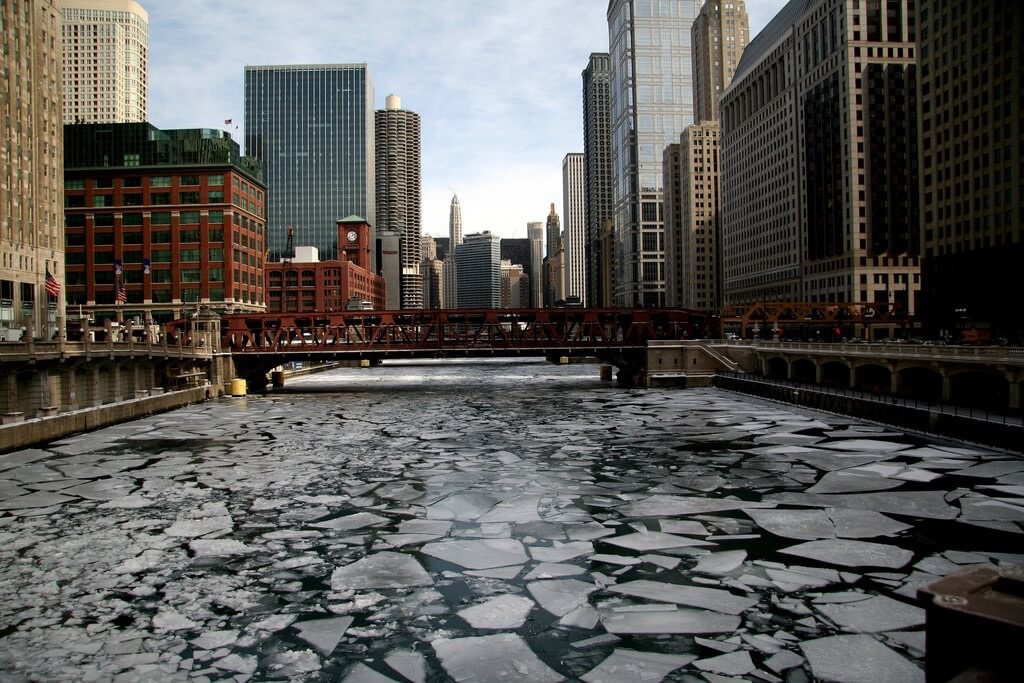 Home of the Chicago Tribune, this gothic building is considered an architectural masterpiece. It was built in 1922 as an entry in a competition to build the most unique office building in the world, and it won. Although the building is filled with intricate details, the best shots are taken from outside. 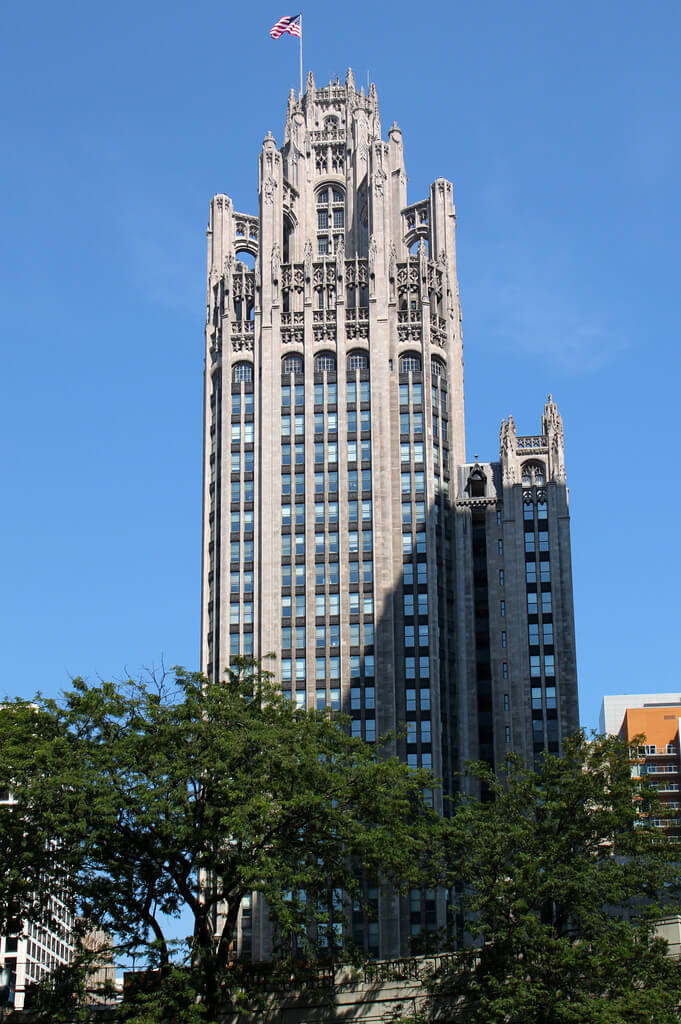 A quiet botanical garden in the Chicago area is the Lurie Garden. It’s a great place to capture shots of a wide variety of plant and wildlife while still in the city. The garden is situated in Millennium Park and is free to the public. 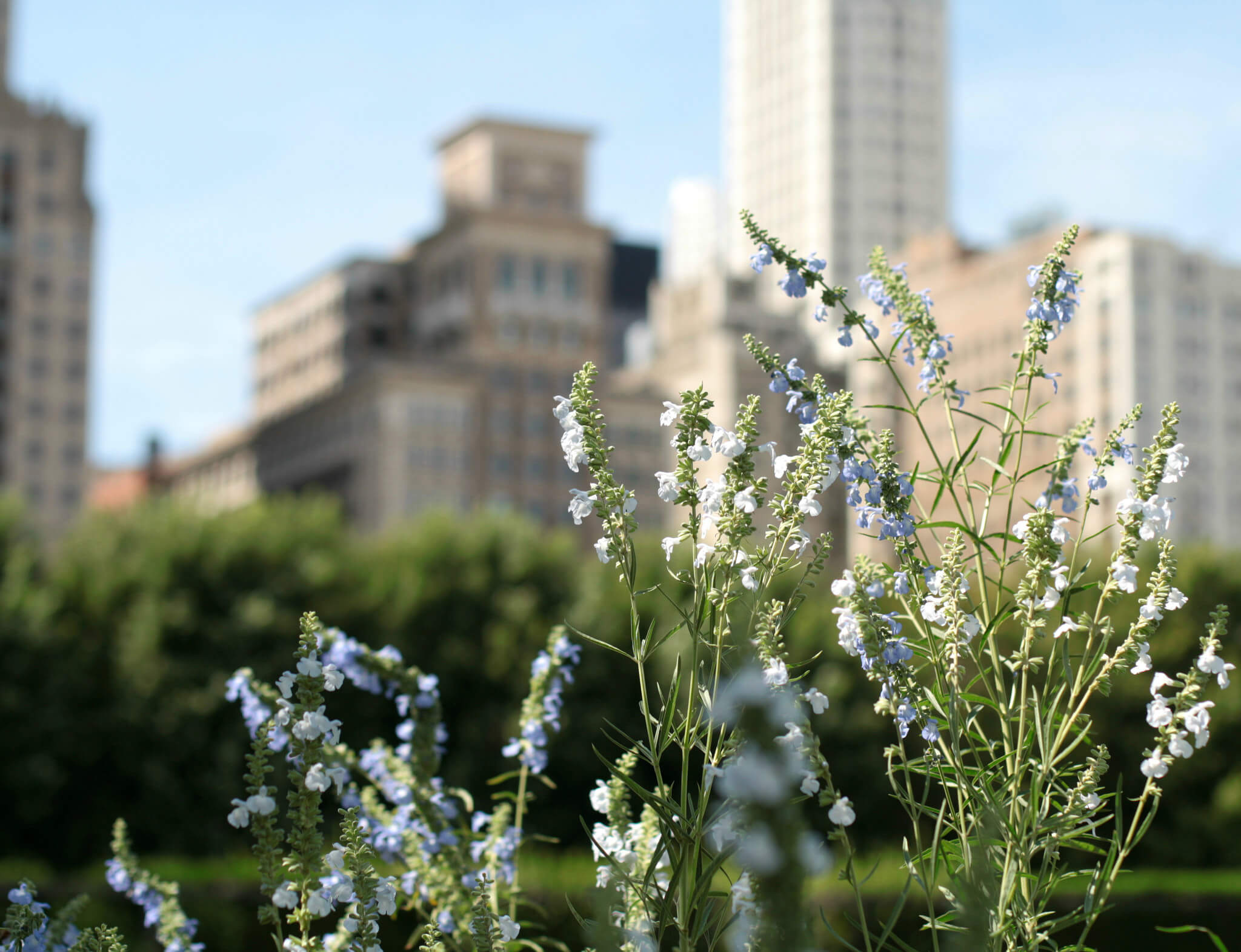 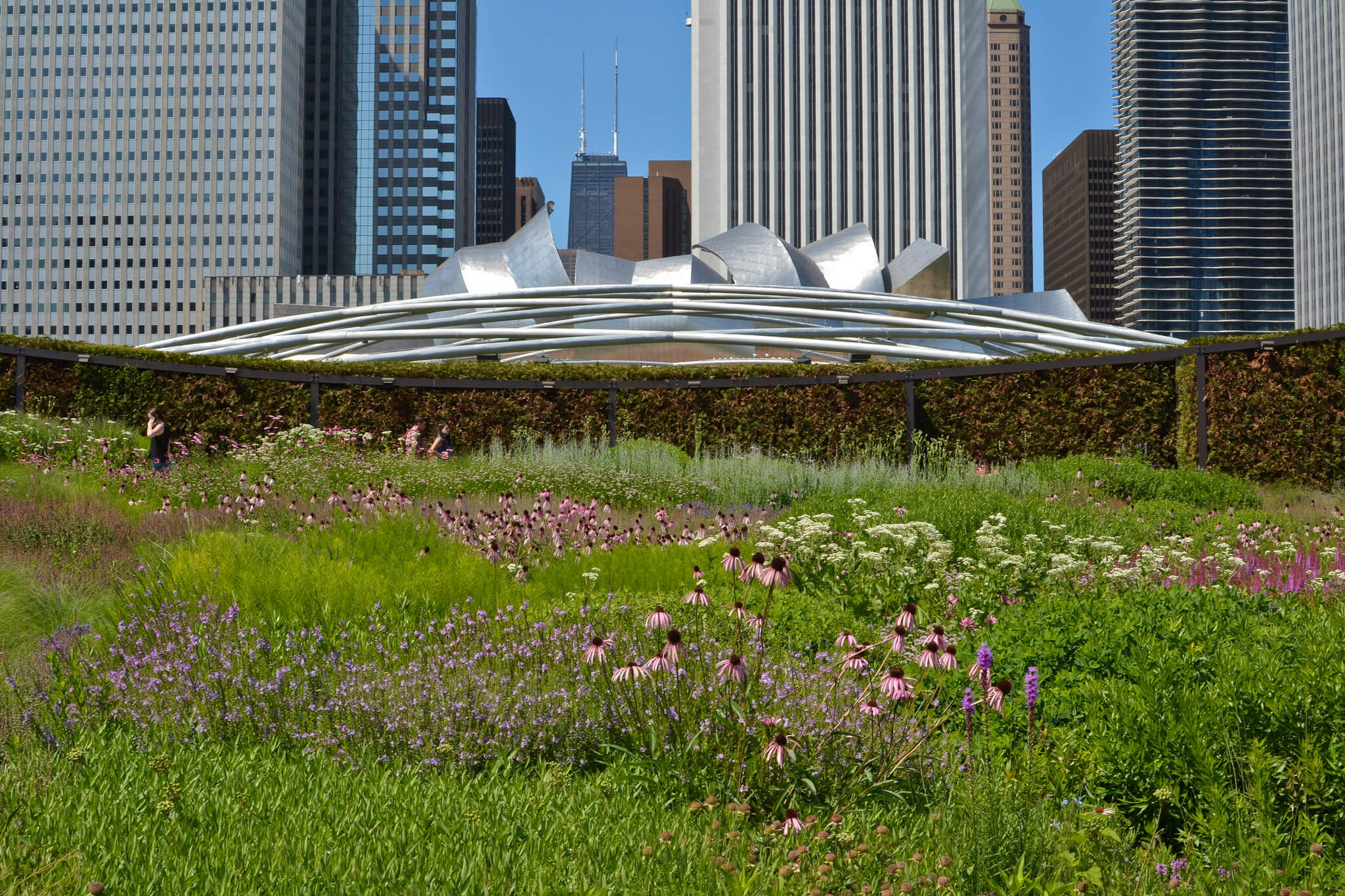 The second-oldest baseball stadium in the country is Chicago’s Wrigley Field. It’s a historical institution as well as a landmark and has been home to the Chicago Cubs since 1916. While much of the interior has been updated, plenty of the historical elements have been kept the same, one of them being the old fashioned scoreboard. Even if you’re not a Cubs fan, it’s a neat building to check out and an icon in American professional sports. 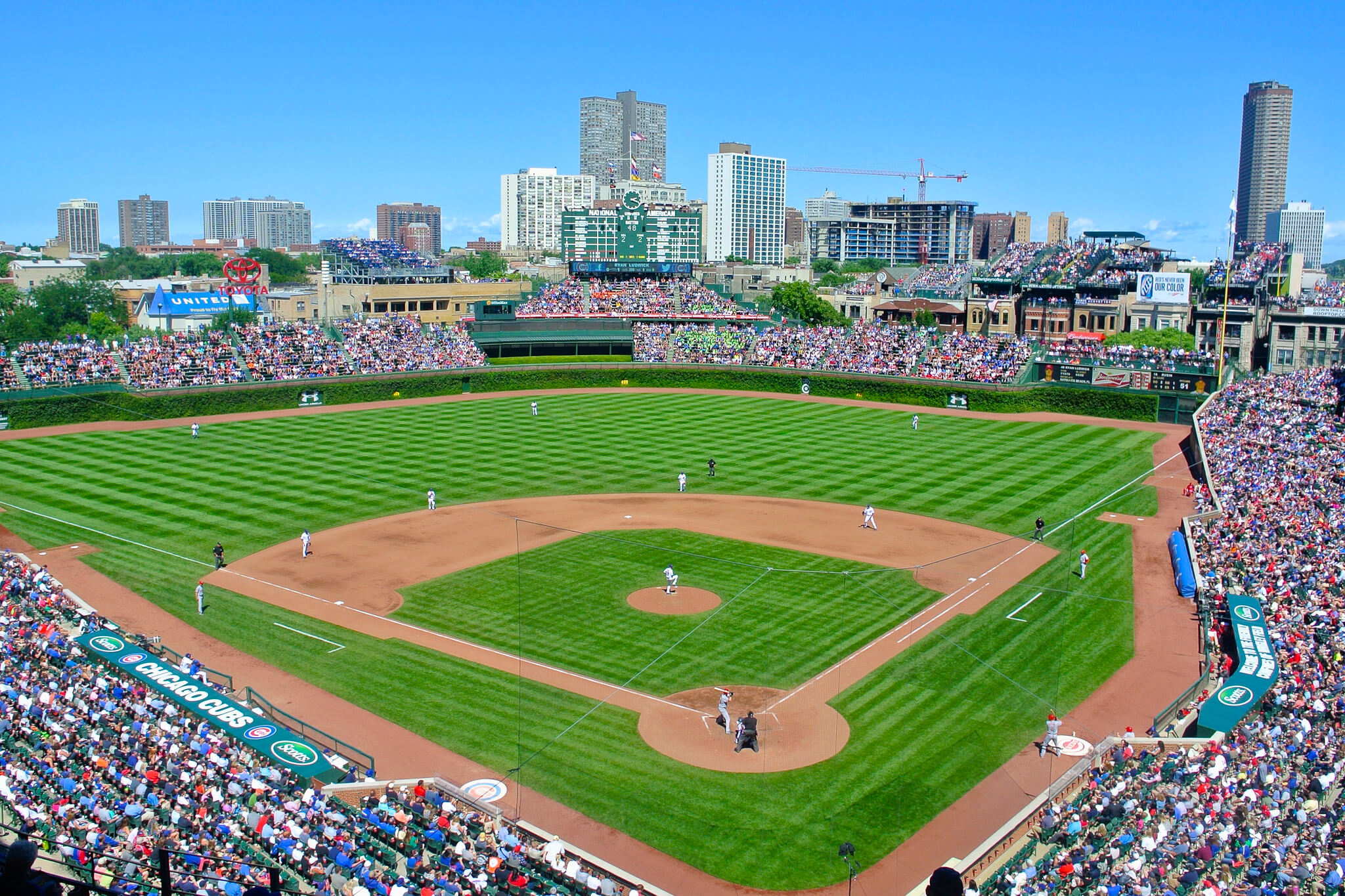 Lake Michigan is the second largest Great Lake and is so large that you can’t even see the other side of it. The lake even has tides! Because of this, taking a picture can be a bit intimidating when it comes to choosing your angle. No matter what, the lake is going to look like an ocean for as long as you’re standing on the beach. So, to try and get a different perspective on it, photograph it from the Ferris wheel at Navy Pier. Not only will you get a glistening shot of the lake, but you’ll shots of the city and the Pier. 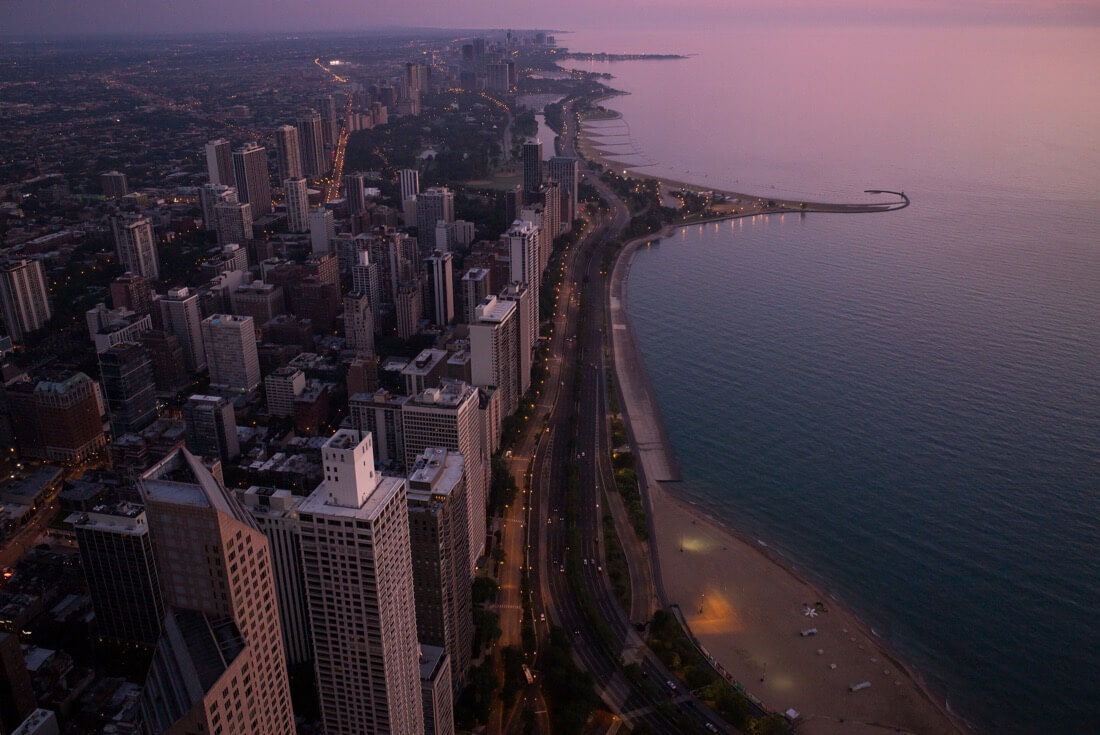 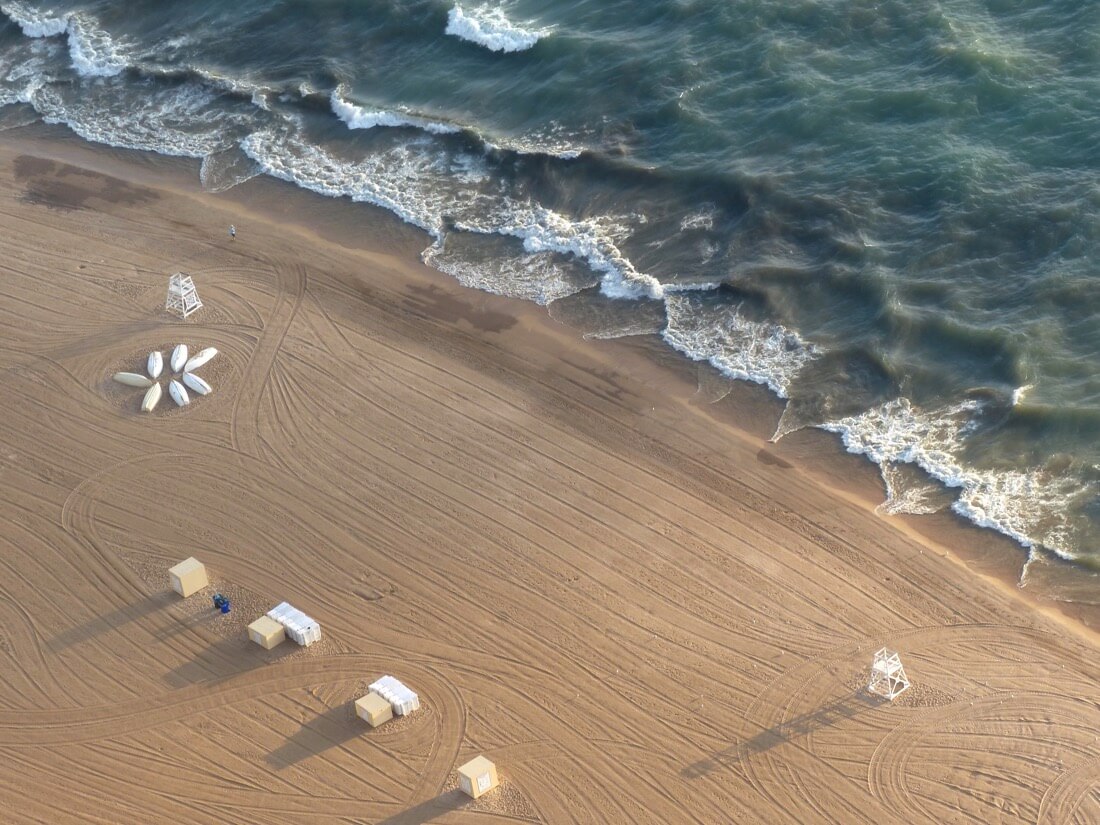 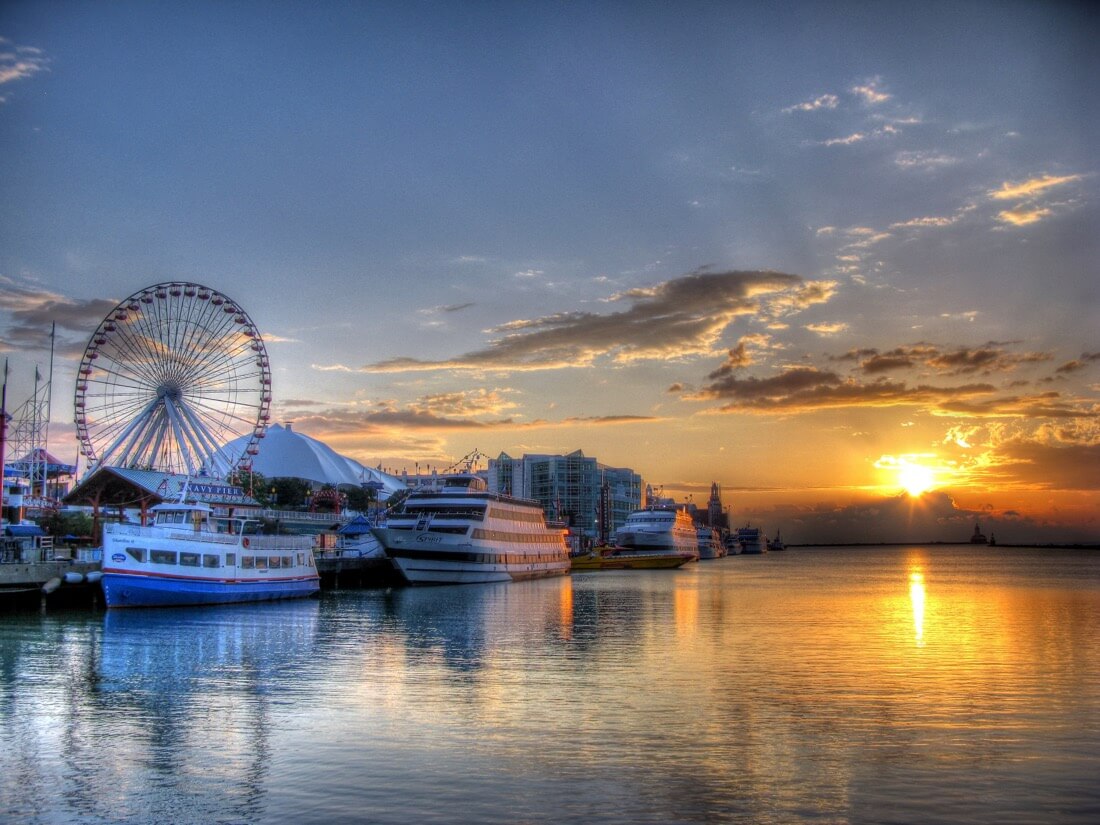 The famous stairs of the Rookery Building make for a cool image. Pointing your camera either up from the bottom, or down from the top will give your photo a unique perspective on the spiral stair case. You may need to purchase a tour of the building in order to get the shot you want, but the entire building itself is amazing so it will be well worth the price of admission. 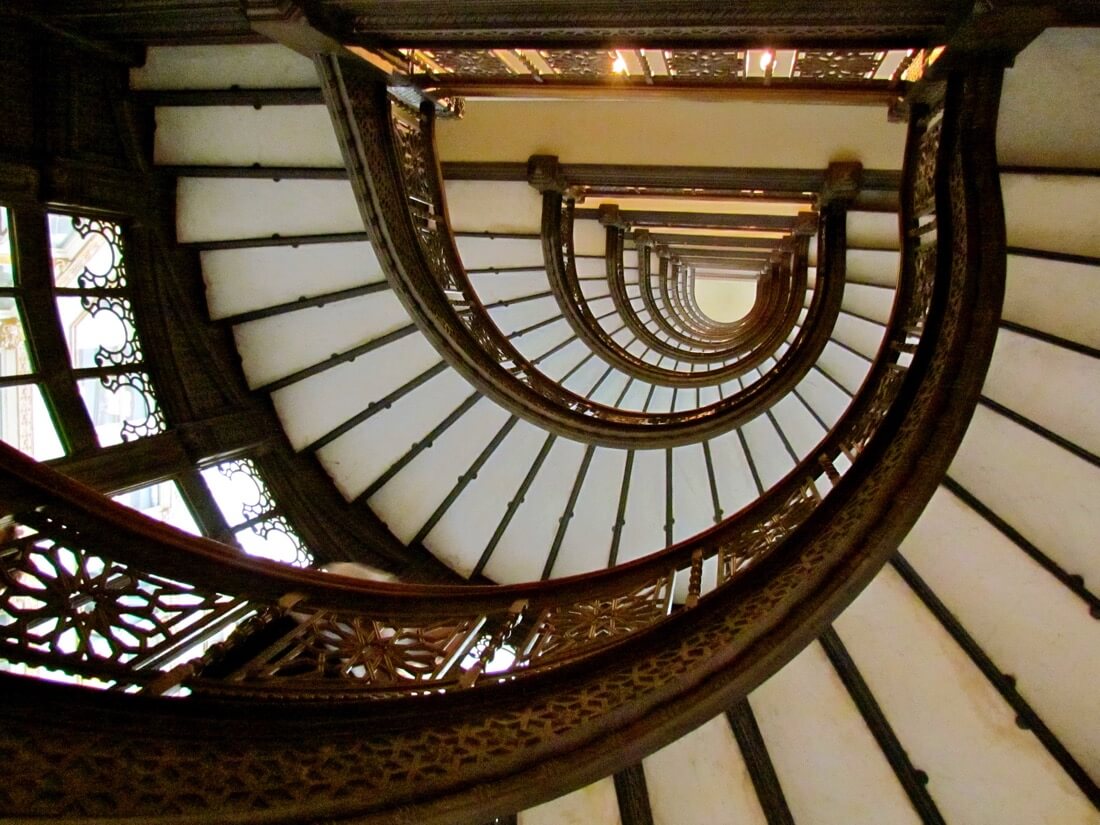