We’re honored to showcase the work of Serghii Poznanskyi, Ukrainian photographer and artist with the following photo project called “Military Kyiv.” Please note that this interview will be shorter than our regular interviews, as English is not the artist’s first language.

All images are provided by Serghii Poznanskyi and used in this article with his permission. Please do not copy without the permission of the artist.

Please tell us about your photo project 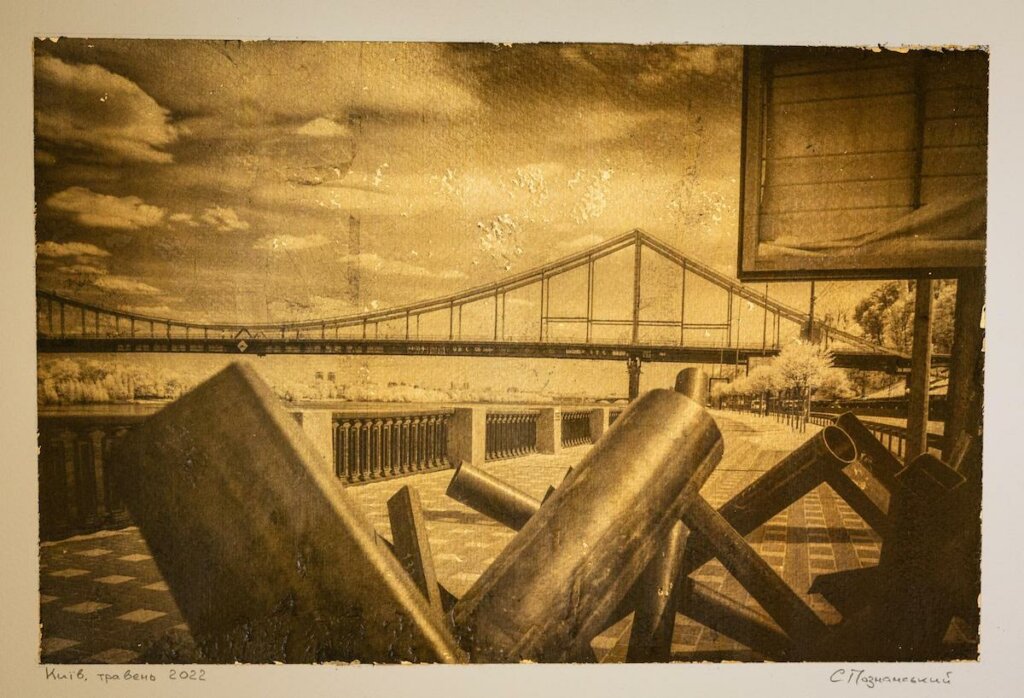 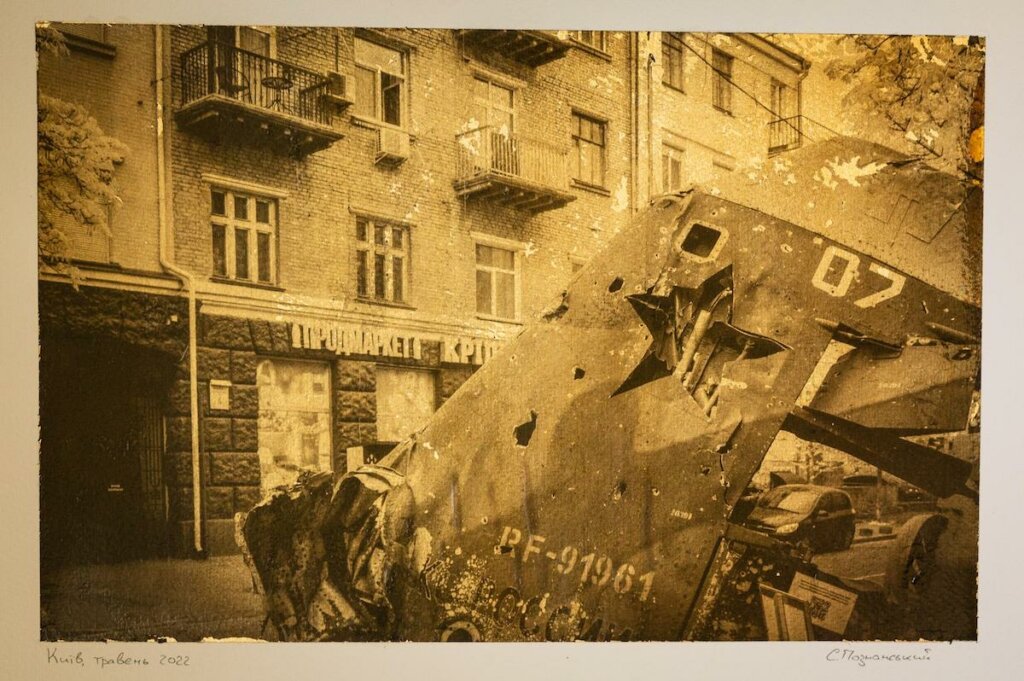 “Since the beginning of the war, the full-scale occupation of Ukraine, as a man of principles I have stayed in Kyiv. This is my favorite city, a place where I was born, where my childhood passed and here I acquired all my knowledge and skills. I knew that I can be useful here. In March, I loaded sandbags necessary for the defense of the city, and then appeared an opportunity to engage in journalistic activity. While traveling around the city and its environs, I made reports. I have seen plenty of things and realized how much the city has changed during this period. All habitual and familiar places turned into sinister and ugly forms. Anti-tank hedgehogs appeared on the streets, concrete checkpoints, sandbags became something usual and monuments became cubes and parallelepipeds. I could not stay away from the events and decided to capture the world-famous tourist places in Kyiv, through the prism of my perception. I took my camera and went to shoot. Sometimes this all was during an air raid alert and to the sound of a siren. Initially I set a goal for myself to avoid simple reporting and recording events. Therefore, my choice fell on a camera that shoots in infrared spectrum and black and white tone. This technique allowed me to enhance the already oppressive atmosphere of the city. Then I printed the photos on transfer paper, loaded with gold leaf and transferred the image to watercolor paper.” 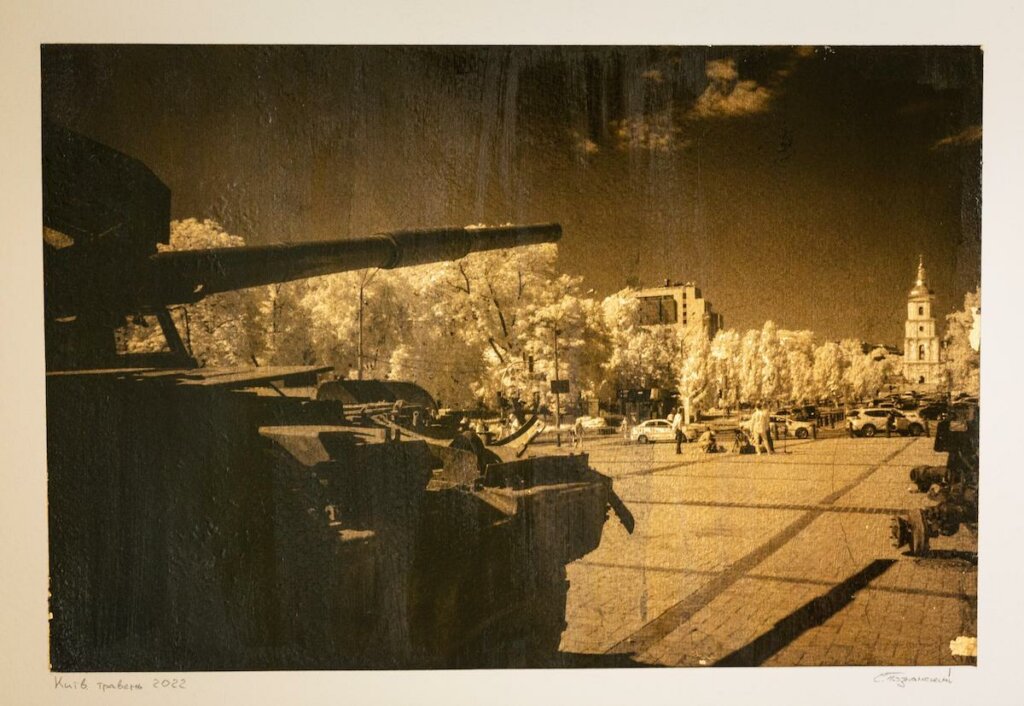 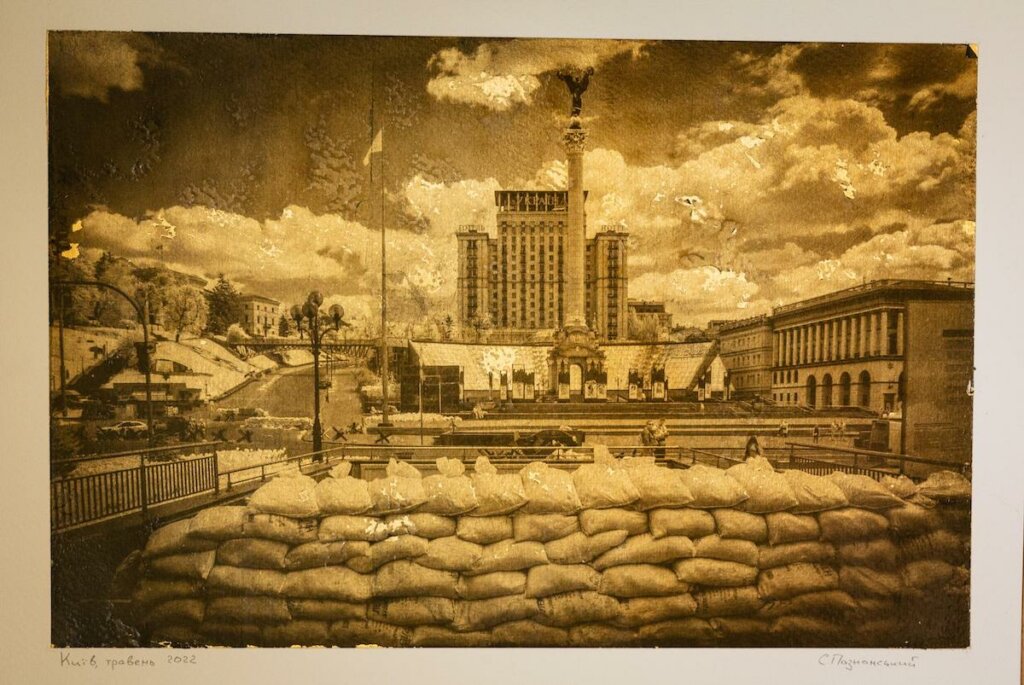 I was in Kyiv the whole time during Russia’s war against Ukraine. It is my hometown. This is where I was born. I could see the space around my favorite and recognizable places changing. I’ve seen checkpoints and anti-tank hedgehogs appear. It was terrifying. So I decided to do a little art project to let the world know how a lovely and beautiful city can change. The changes are not for the better. 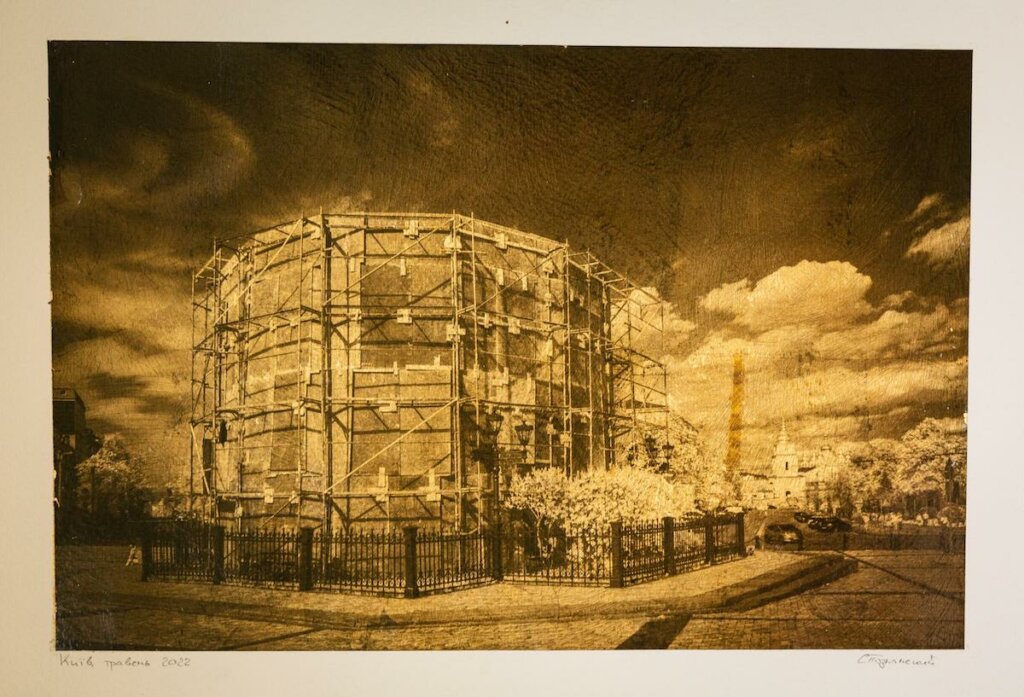 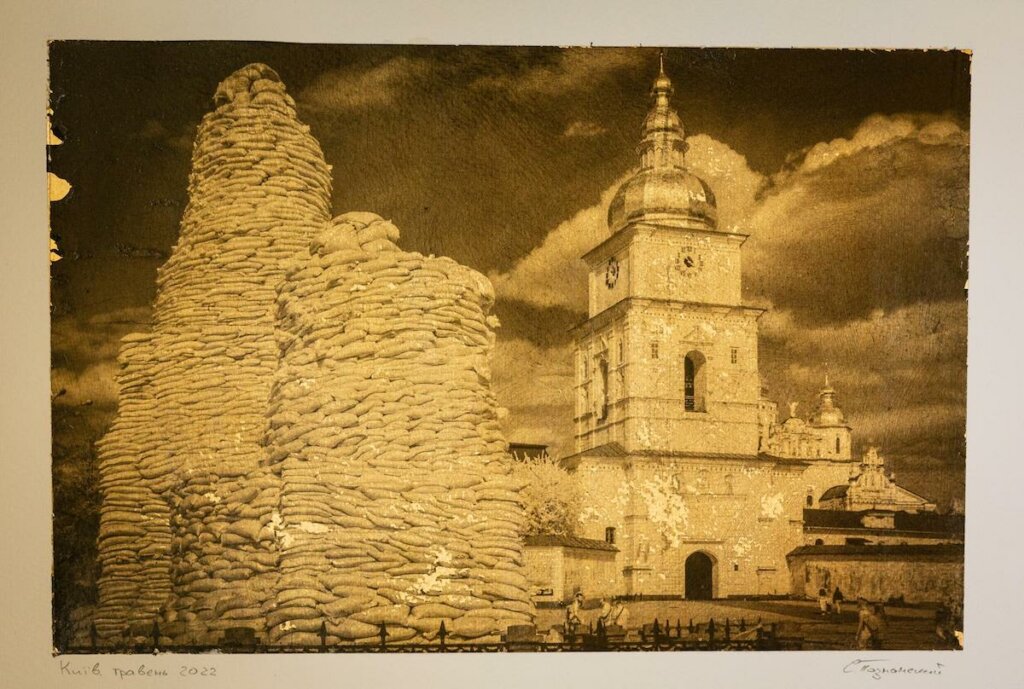 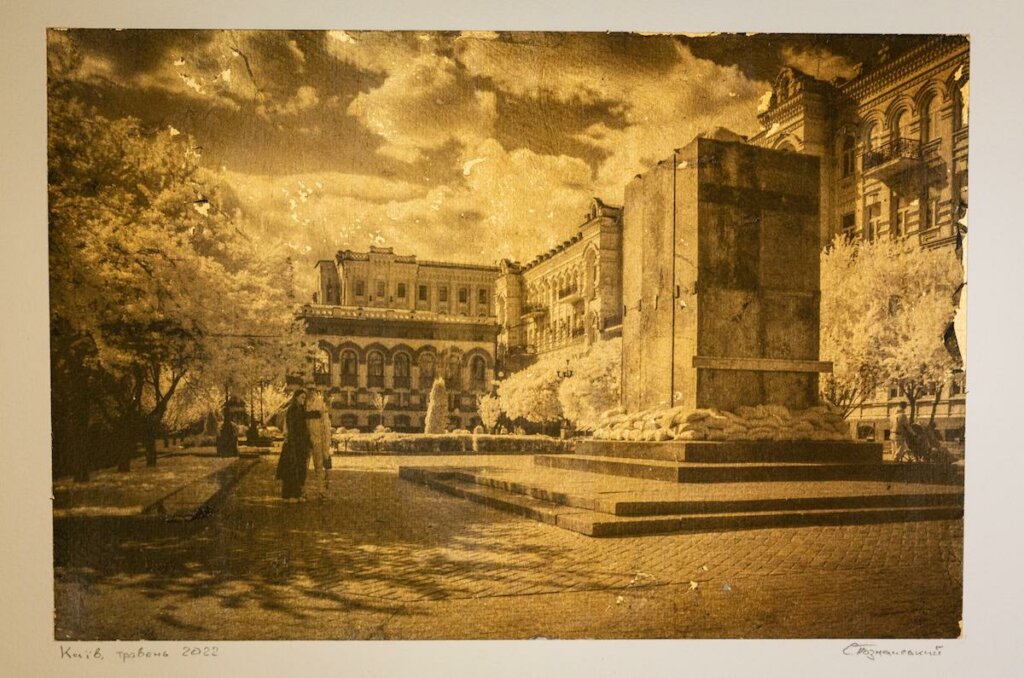 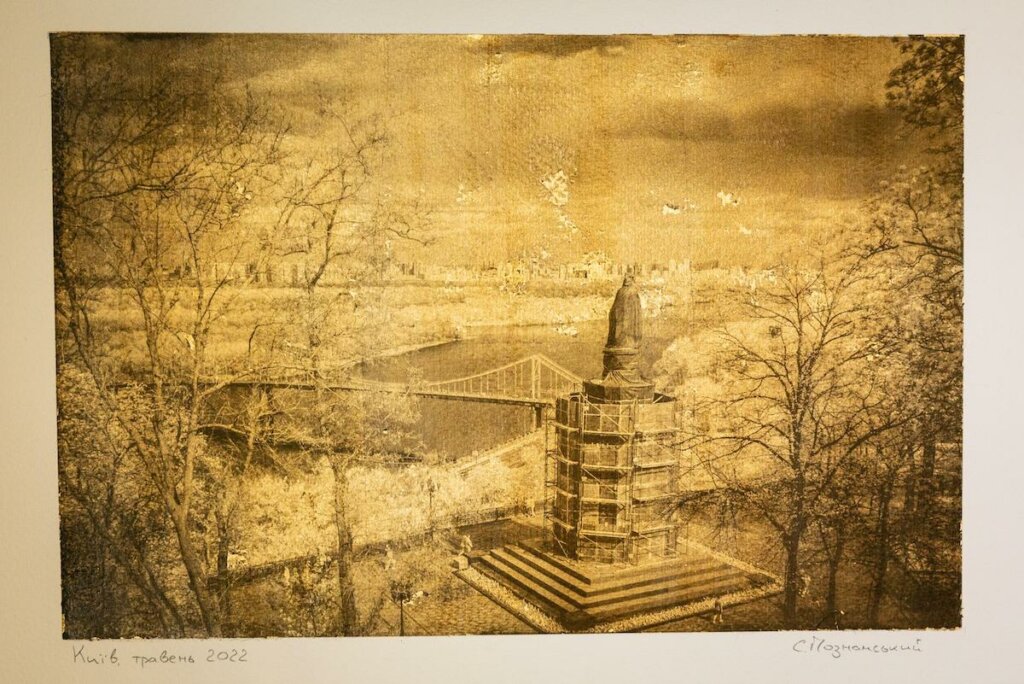 “I am an artist, so I decided to do it in my own way.  Initially, the images were made with a simple Canon EOS Rebel XSI camera. With the most common lens. But I used an infra-red filter to get an unusual black and white image.  I then printed these images on special transfer paper. Next, I prepared watercolour paper and applied a backing of gold leaf. Then I transferred the image and applied a gloss varnish in the final stage. The result is a collection of 20 artworks.” 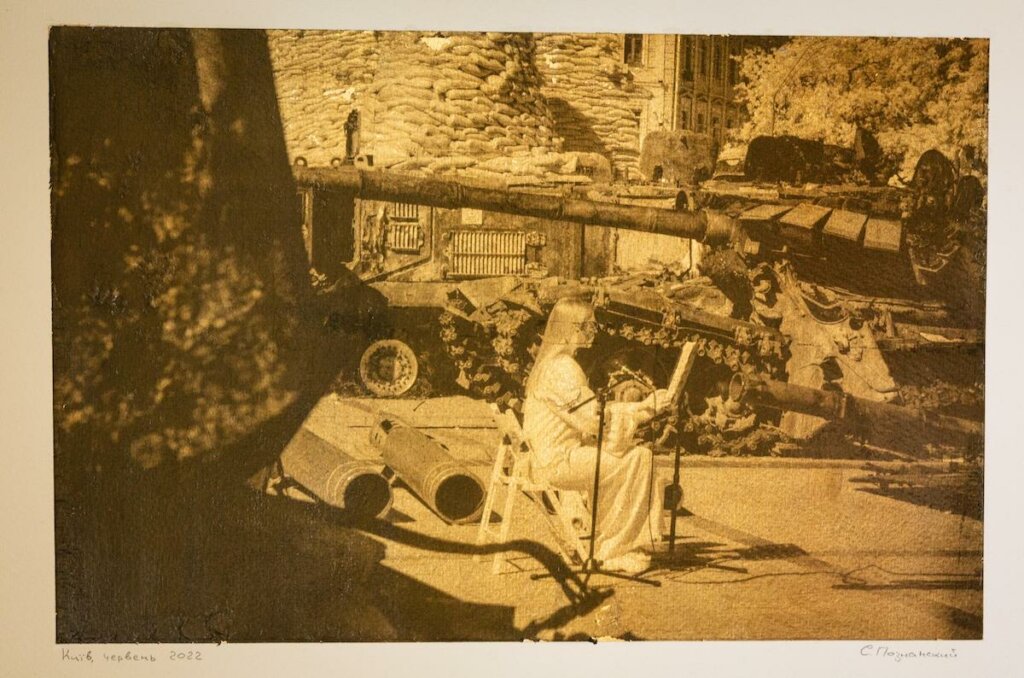 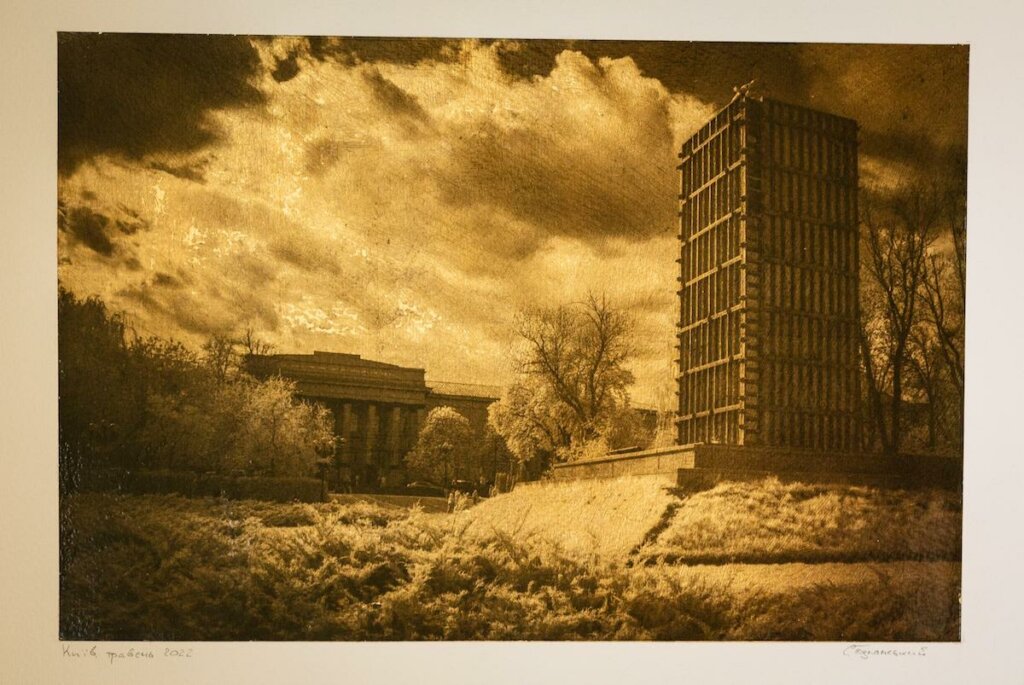 What are you currently working on? What’s next?

“At the moment I am working on images with people I photographed in locations destroyed by war. Using my signature technique.”

Born in Kiev, 1972. Since 1980 to 1988 went to the Kiev secondary school. In 1988 entered the Kiev technical school of radio electronics, which finished in 1993 on a specialty electromechanical technician. From 1994 to 1999 was a student of the Karpenko-Kary Drama Institute in a faculty of cameraman skills. After graduation from the Institute acquired specialty of a cameraman. Since 1998 to 2003 was photographer in Mc Cann Erickson/Linea 12 advertising agency. In March 2003 established own photographer’s studio. Participated in the MOLODIST international film festival as a director of photography in the ANGELUS documentary film. This film took second place as the best cameraman work. In September 2002 presented own works at the exhibition of erotic photos, which were demonstrated in gallery N, Kiev. In April 2003 participated in photobielle. Since March 2004 till now engaged in shooting films, advertising and musical clips as a director of photography.

More of his work: