Seattle-based video producer and journalist, David Albright, has edited and compiled a selection of photographs, essays and interviews into a book called “Urban Bremerton: A Journal of Bremerton’s Built Environment.”

The book features an interesting, impactful selection of photographs of Bremerton’s architecture. Although there are many architectural photography books about main cities, it’s rarer to find single books devoted to the architecture of smaller towns. In fact, this is the first book to focus on Bremerton’s architecture. It’s perhaps an indication of a wider trend that may arise of documenting one’s own neighborhood as Covid persists and people are unable to travel to the bigger metropolitan areas.

When Covid first hit, David was inspired to photograph Bremerton’s architecture during long walks in isolation, as he could witness first hand how the city is evolving during this challenging period. For example, the Marina Square development project is still untouched since the first Covid lockdown in Spring 2020.

This book is a further example of David’s effort to capture how cities change and evolve, as evidenced by this video of Seattle’s development boom. 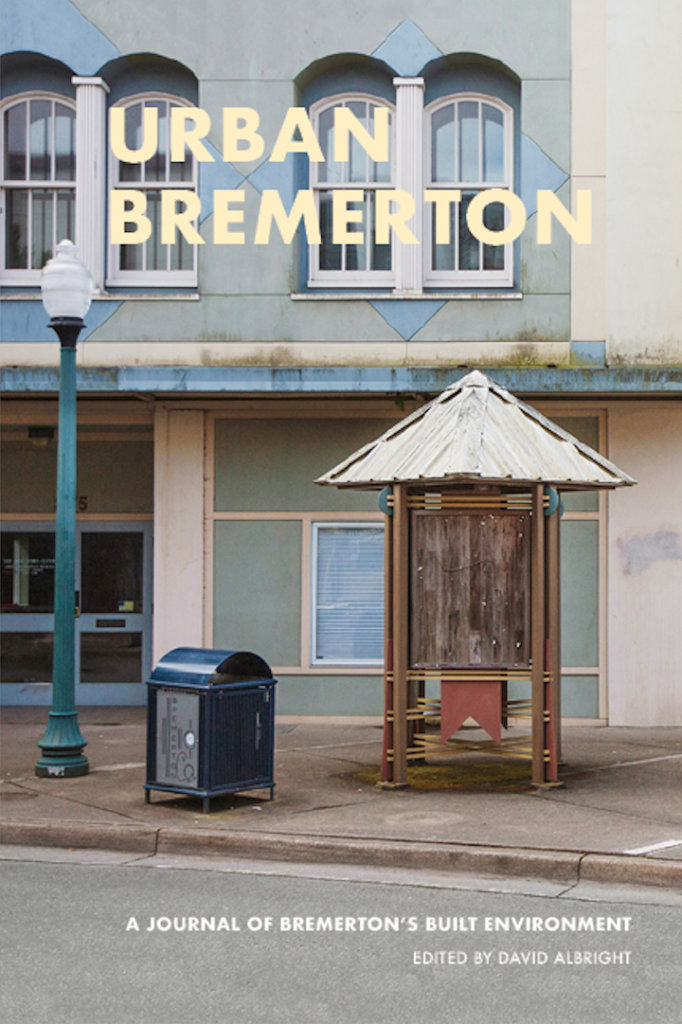 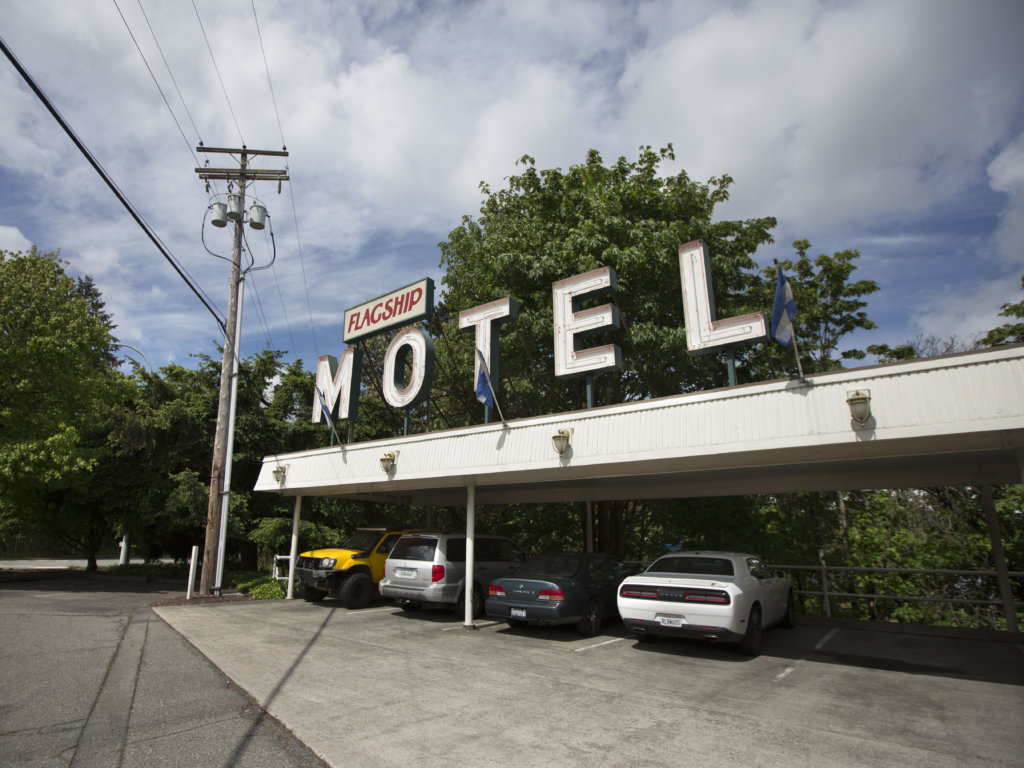 The iconic MOTEL sign on the Flagship Inn along Kitsap Way, built in 1966. 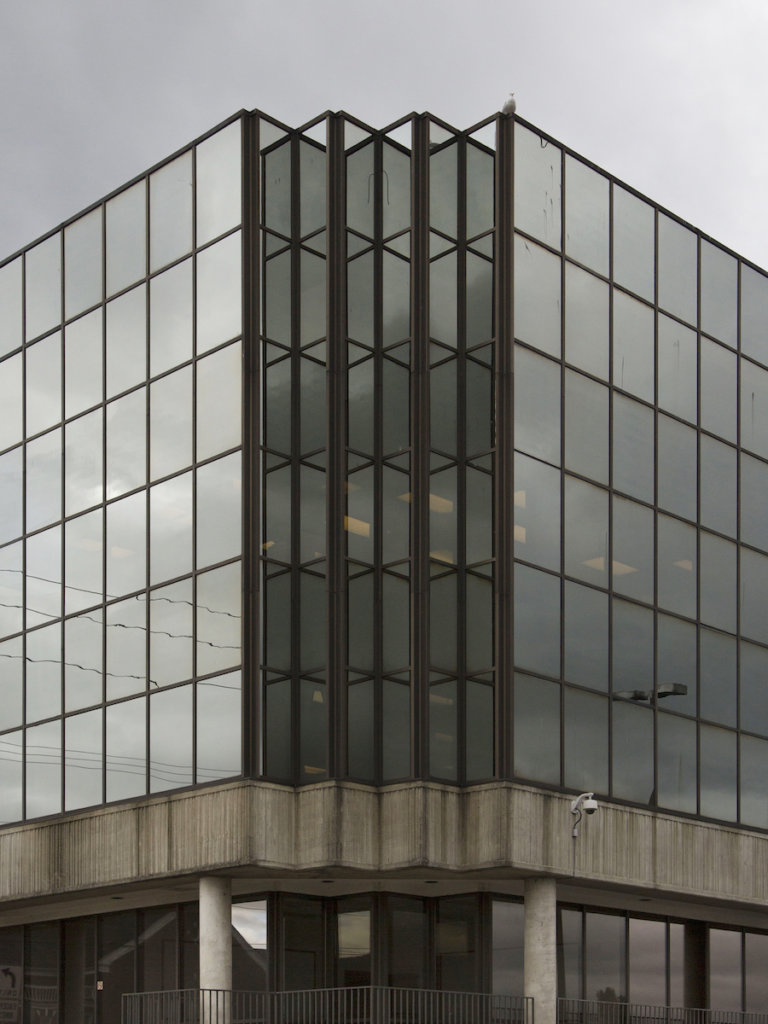 Ominous late 70’s architecture on the edges of downtown Bremerton. 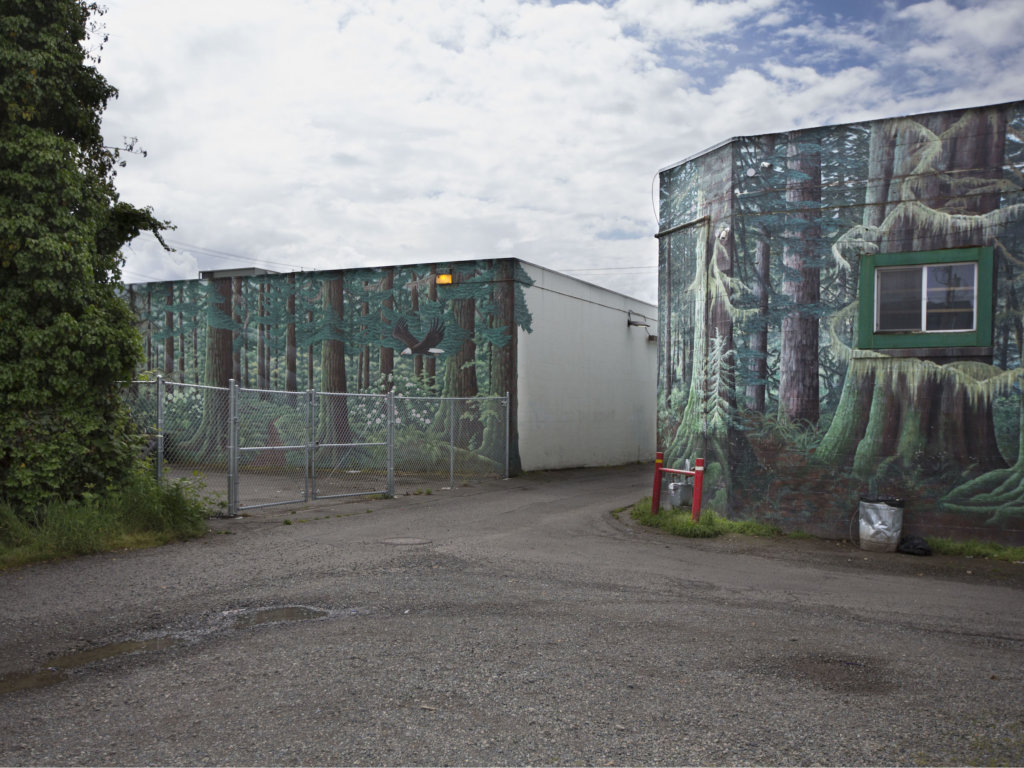 A forested mural showing a lush Northwest forest much like what once would have thrived where downtown Bremerton is today. 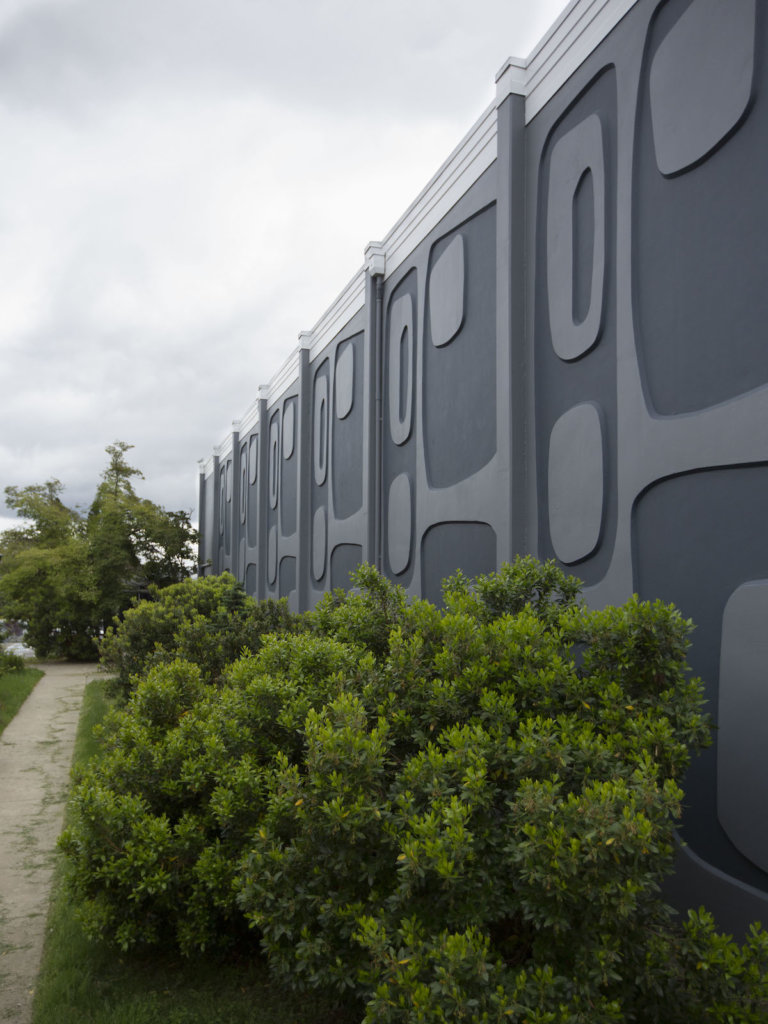 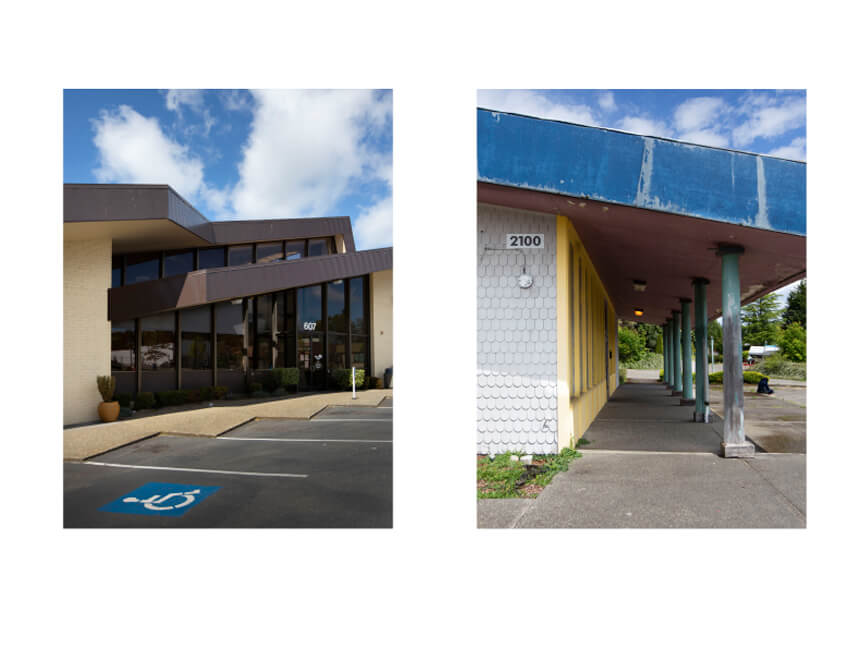 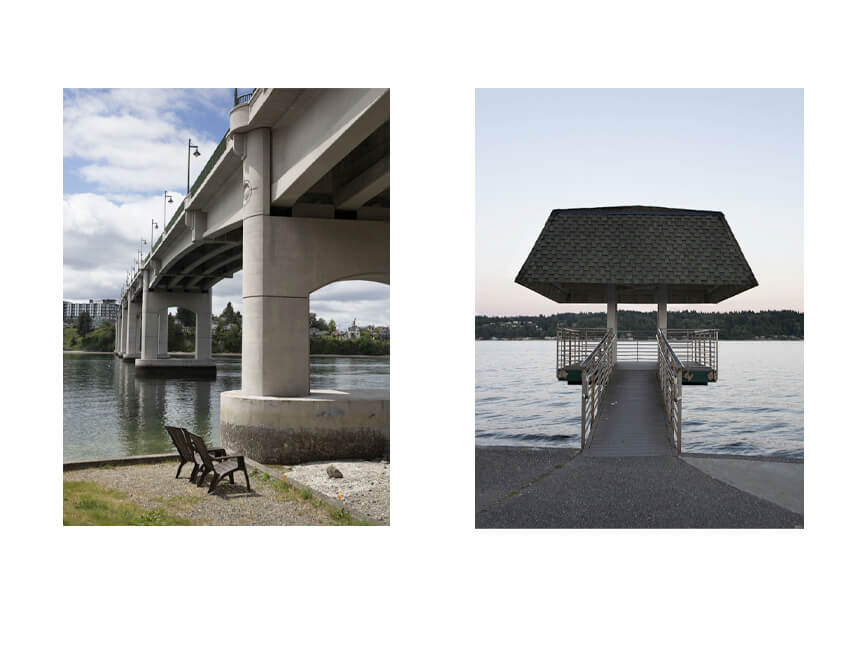 A city on the water – Left: the Manette Bridge, which connects the Manette neighborhood to downtown Bremerton, built in 2011.  Right: a structure at Bachmann Park, former site of a “mosquito fleet” ferry dock. 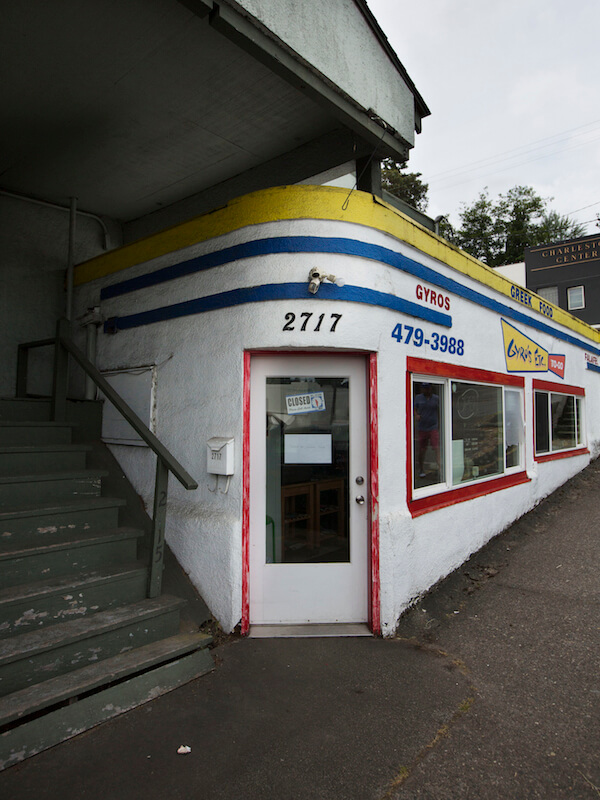 The curving lines and bright colors of this gyro shop stand in contrast to the more traditional wood construction of the building it’s ostensibly a part of. 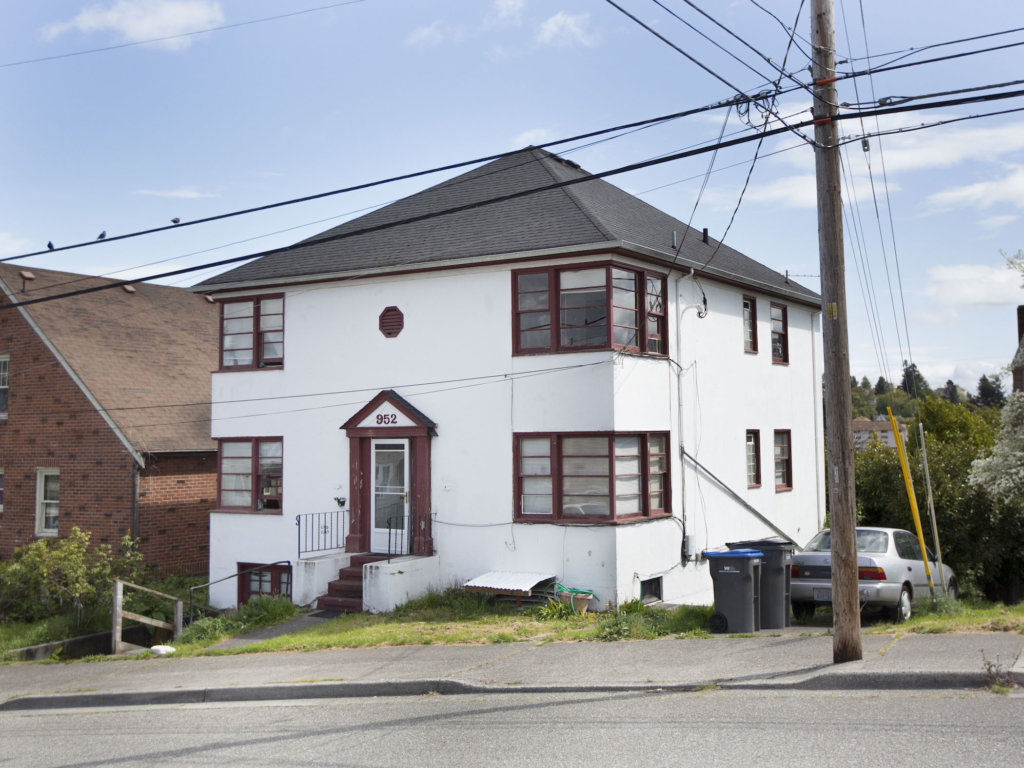 A small, 4-unit apartment building.  A great example of the “missing middle” housing that is quickly disappearing from cities across the country.  Denser than detached single family housing – but still retaining a human scale

Interview with the Author, David Albright

Q: Can you dive a little deeper into why you created this book?

A: I created this project for a few reasons – For one I had all this time during COVID and wanted to develop my multi-disciplinary creative skills. I’ve always been mainly a videographer – producing, shooting and editing videos and mini-documentaries for clients in Seattle, with some journalism on the side. These days in any creative field but especially journalism you need some writing and photography chops whether that’s your chosen field or not. So this project became a way for me to strengthen those areas. I’ve always been interested in architecture too, and with the whole economy shut down at least architecture was one thing that was still there to photograph.

Then there was the motivation that came from living in Bremerton. Bremerton is a small city with some really interesting characteristics. In the 90s it was known as a grunge city and people would catch the ferry over from Seattle to see grunge shows. That vibe still permeates 30 years later, unlike in Seattle where the tech boom came in and wiped out most remnants of grunge.

Bremerton has a compact downtown built mostly from the 1920s-40s with some beautiful examples of Art Deco architecture. Our downtown was emptied out through the 90s when the mall opened up 20 minutes North – a familiar pattern for many Americans cities. But unlike many cities which saw a renaissance in the past couple decades – Bremerton’s resurgence has been slow in coming. As a result we have a downtown with a ton of beautiful and unique buildings sitting most empty or under utilized. Great material for an architectural photographer! Many Bremerton residents have said the book feels like a time capsule, preserving this strange in between time where the remnants of Bremerton’s last incarnation are still standing, but we can see the next incarnation coming not too far on the horizon.

Q: What was the inspiration for creating a book rather than using a digital medium such as a website or social media account?

A: Creating a physical book was a key part of why I wanted to do this project. Something about printing something in a book gives it some legitimacy and weight that an Instagram account just doesn’t. Bremerton is so used to ignoring these buildings that make up its built environment, they’ve been there empty for years so at some point you stop seeing it. I wanted to use the act of printing these photos in a book to wake the town up to what’s right there in front of them.

I also just really enjoy the print medium, and as part of expanding my creative skills I wanted the experience of putting a book together. I took inspiration from publications like Hello Mister and Monocle that combine photos with essays and articles – where the essays elevate the photos, and the photos elevate the essays – to create something where the whole ends up being more than the sum of its parts.

Q: What’s next for you? Another book? Another project?

A: I am still working mainly in video production and journalism. I am just finishing up a mini-documentary that will be premiering soon about a historic apartment building in Seattle whose unique design has helped foster a really strong community of residents there for just shy of a century. And yes I am considering a couple other books projects including potentially an Urban Bremerton volume 2! The only issue there is these small volume book runs are really not very profitable. As much as I’d love to make a living with books like this – it’s definitely just a passion project, and it would never have been possible with the generosity of my friends and colleagues that donated time and skills to help bring it to fruition.

Contributors for the Book

David Albright is a freelance journalist & video producer based in Bremerton and Seattle. His journalism work has been featured in The National Science Foundation, PBS, Reuters, The Seattle Channel, and others. Through his production company David Albright Media he has created content for brands like Allrecipes.com. Pilchuck Glass School, XNOR.AI, The University of Washington, Amazon and many others. He serves on the board of the Kitsap Community Food Co-op, and runs the blog UrbanBremerton.com 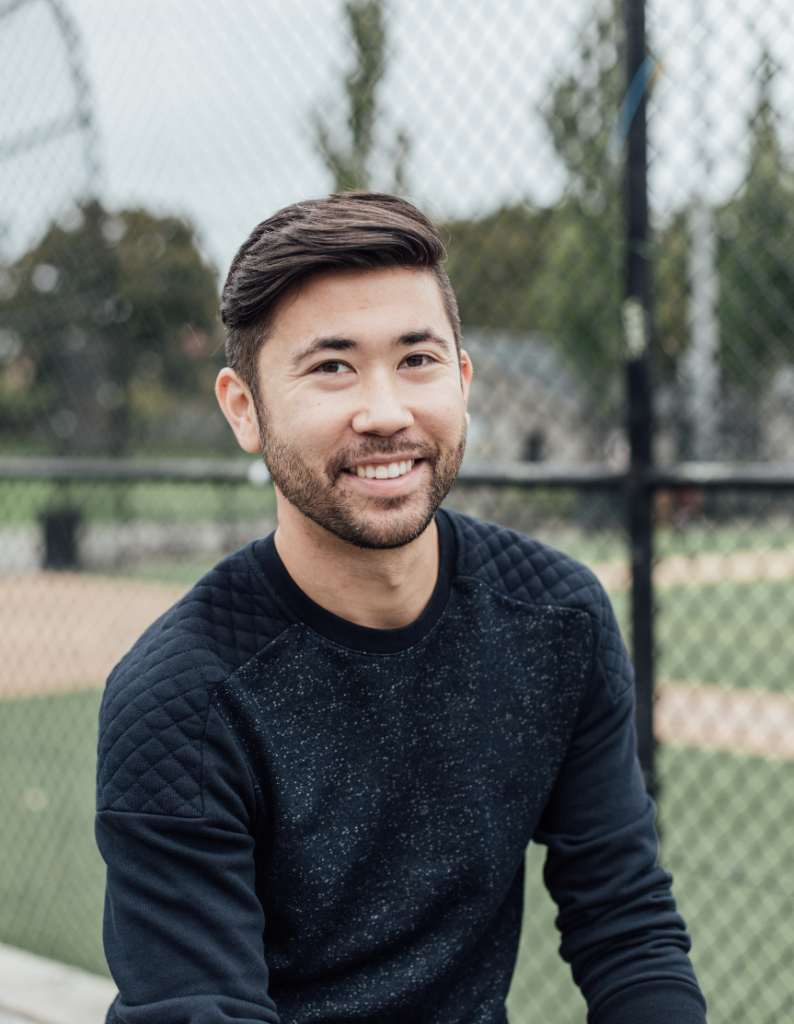 Kevin Walthall is a freelance non-profit, religion and urbanism writer – currently writing for the Kitsap Sun and UrbanBremerton.com. 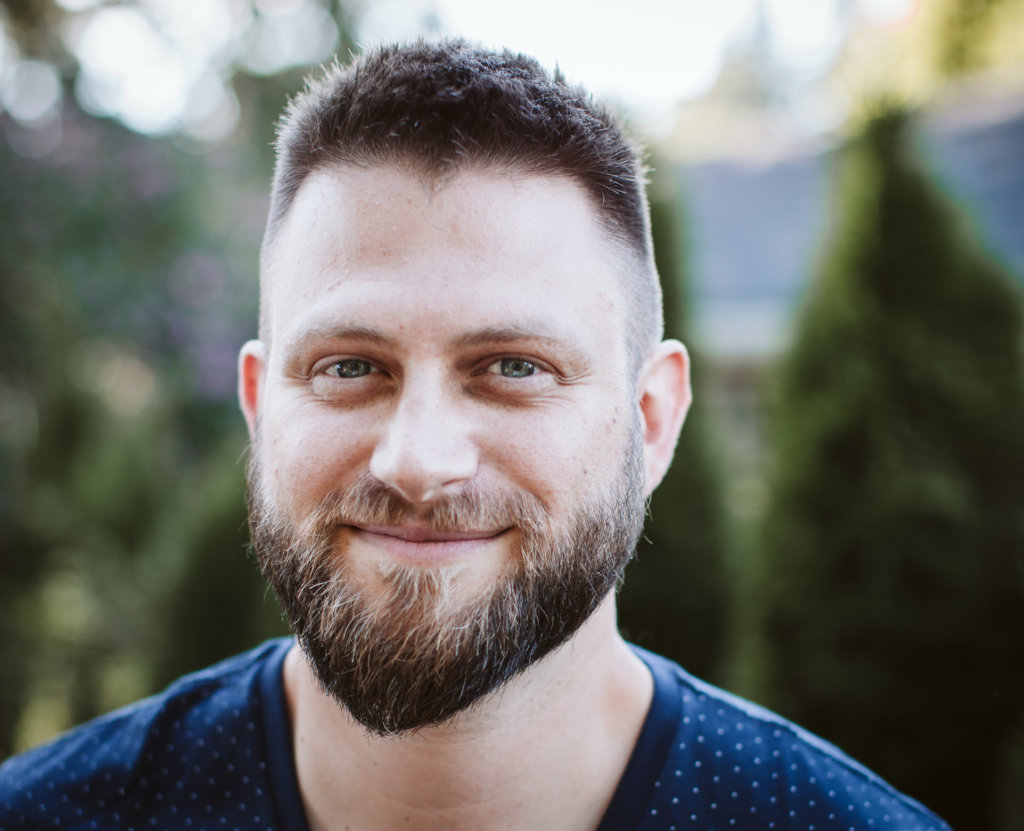 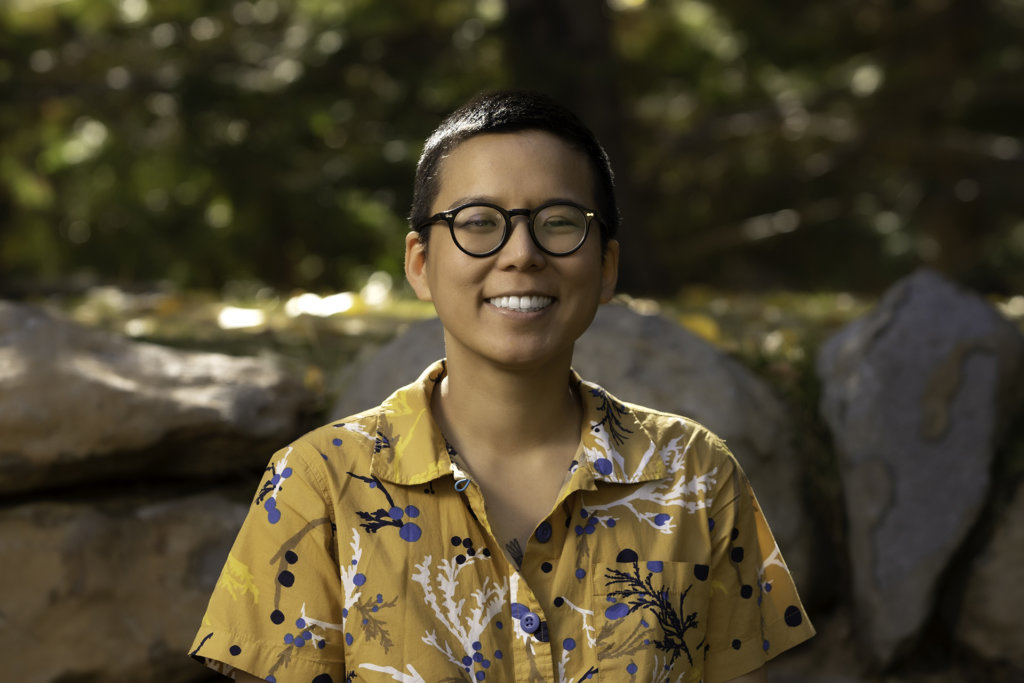 Josh Farley is a reporter in Bremerton for the Kitsap Sun, host of StoryWalk and the Bremerton Beat Blast. Always on the trail of a good story: 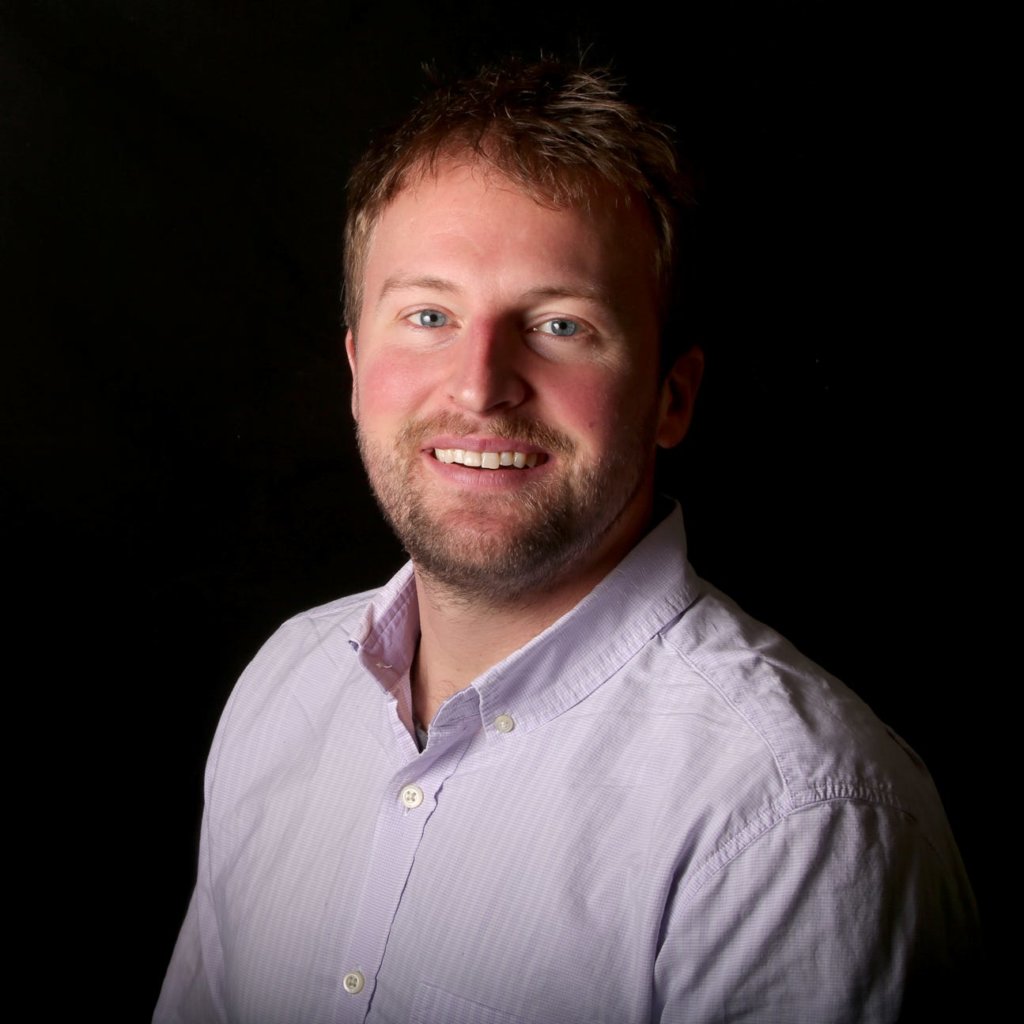 Amy Burnett is a visual artist and former owner of the Amy Burnett Building in downtown Bremerton. 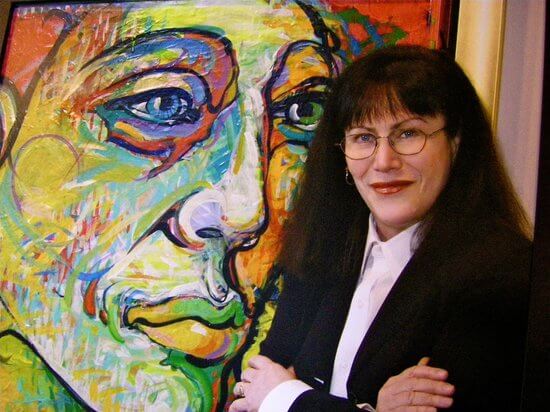 Ben Gannon & Joey Veltkamp are visual artists and curators who ran Cogean? Gallery for two years out of their home in West Bremerton.