Anyone who has ever attended a true country fair will know that they are often places that are crowded with excited people, delicious foods, and tons of things to see and to do. This means that anyone who wants to get good photographs of a fair is going to spend a lot of time on their feet.

It also means that they are going to have to identify places where the most likely photographs will occur. This is most often done by an analysis of the major events and activities occurring during the days that the fair takes place, and then selecting those to be photographed. 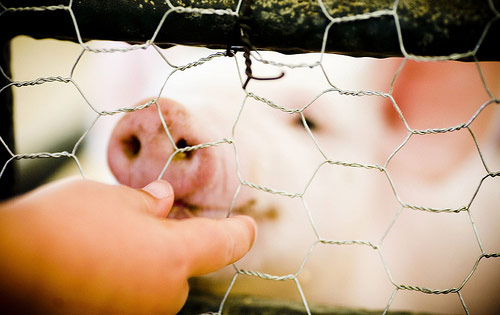 For example, a fair has many daytime events that are full of photographic potential including food eating contests, animal competitions, and the many attendees doing all kinds of things. There are also an equal number of nighttime activities to be recorded on a camera as well.

Although there are many themes to fairs – special food themes such as strawberry or date festivals, firemen’s carnivals, and annual celebrations – there is also many commonalities to them all. For example, there is usually an area full of rides, flashing lights, and games. There is also usually some sort of animal display, entertainment area, and even crafts or specialty displays. With this in mind, it makes it a bit easier for the photographer to determine the tone of their photographs.

What does this mean? Well, if they wanted to capture images of modern teens they would position themselves in various locations around the rides and games, but if photographs of families with smaller children were desired they would more likely find success near animal and food areas. 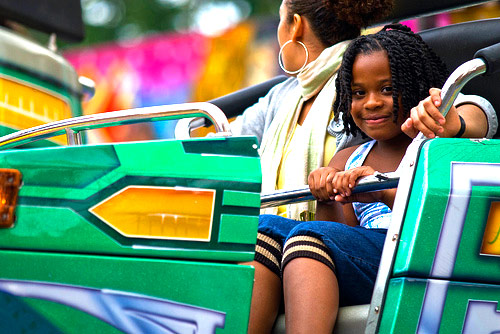 Something to note about country fair photography is that it is most often hand-held work. The number of people makes it virtually impossible to setup a tripod safely, which in turn means that the photographer is going to have to select settings and scenes that will allow them to use their camera optimally.

Now, this doesn’t mean that low-light or trickier images are impossible. In fact, there are many images of country fairs that benefit from some blur. Consider those rides and game areas after sunset. The images recorded by a hand-held camera would be able to convey all of the motion and action in these regions through the blurred lights and figures. 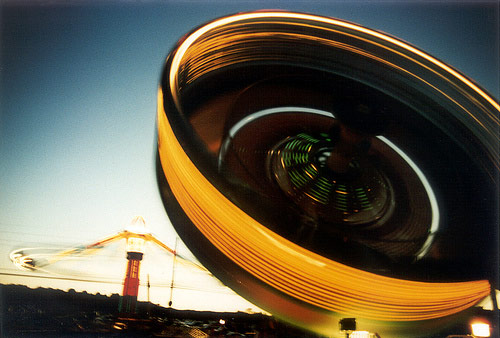 Another thing done by those who make a habit of photographing fairs is to find isolated vignettes of interest. For example, the varied backgrounds of the attendees at a fair can be remarkably obvious and somewhat photogenic. Consider a group of teens in modern clothing juxtaposed to an elderly couple, and all plunked into the busy and colorful setting of a country fair. This demonstrates why so many people bring their cameras along for the day!

For those who would like to share their county fair photography please feel free to join our flickr group and add your images to the pool. Make sure and tag your county fair images with “TPA_CountyFair”. From the pool of images we will be selecting the best examples and showcase them in a future article. This can mean some great exposure and your images will be inspiring photographers from around the world.