Oahu, Hawaii offers unique and diverse types of landscapes that draw the attention of photographers from around the world. Whether you’re looking to photograph the vast, Pacific Ocean, or capturing the beauty of a tropical, pristine waterfall, Oahu has an array of places to focus your lens on. Here a few of “The Gathering Isle’s” photography locations that you might want to visit.

The western most tip of Oahu is called Ka’ena Point. It’s part of Ka’ena Point State Park and is a very rugged, barren coastline. Here, Farrington Highway comes to a dead end resulting in a dusty, dirt road that leads you to an Albatross sanctuary. You can travel this road either by foot or by an AWD vehicle. While journeying along these 3 miles of coastline, you’ll have plenty of opportunity to photograph the native Hawaiian Monk Seal, seasonal Humpback whales, and the endangered Albatross. You’ll also discover many tide pools along the way that’ll help keep you cool throughout this all-day adventure. Please keep in mind, if you chose to drive out to the point, you must acquire a permit given to you by the state. And be careful during the months of October-February as the winter wave swells come through this area and can create a very dangerous environment.

Located on the East side of Oahu sits 4,000 acres of cattle ranch and nature reserve. Although Kualoa Ranch is privately owned, it’s open for public enjoyment and activity, allowing tourists and locals to admire its raw beauty. With lush, green, jagged mountains that meet the ocean, this large piece of property creates the perfect backdrop for any photographer. While wedding photography is popular here, Kualoa is a great location for landscape and nature photographers. Whether you’re looking to shoot ancient Hawaiian land deep in Ka’a’awa Valley, or capture Mokoli’i Island out in the ocean, you’ll be sure to have a diverse collection of photographs all acquired around this ranch. 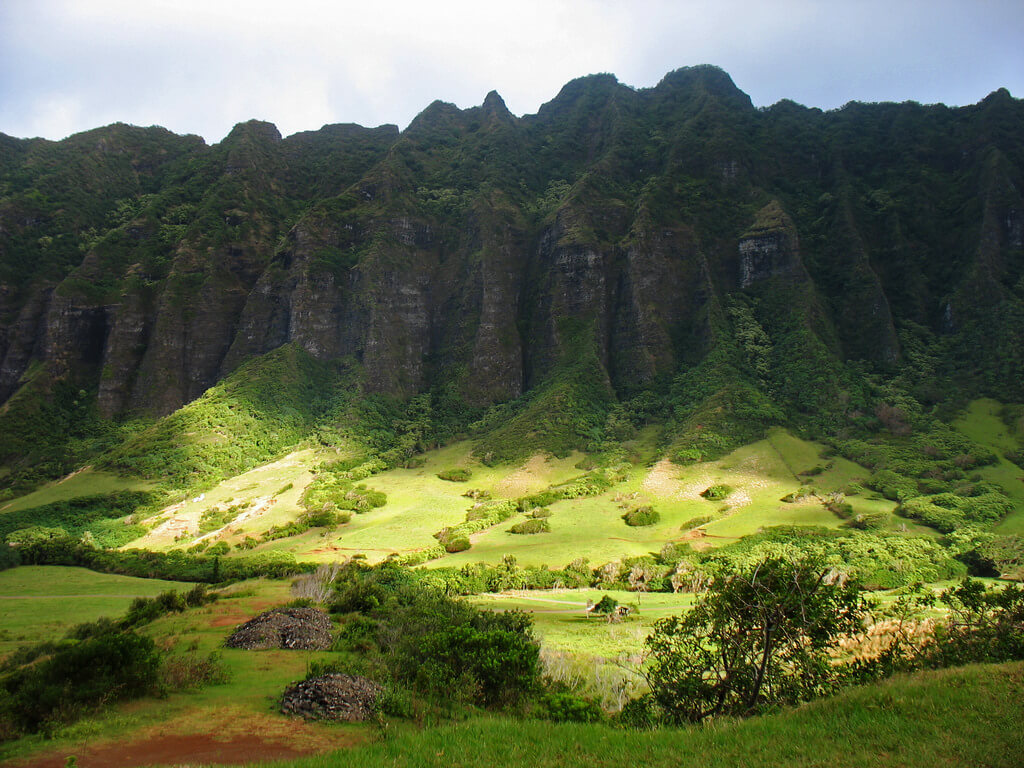 Off the Pali Highway, stands a tall, 50-foot waterfall named Lulumahu. The beauty of photographing the waterfall is being able to find it first! Because very little tourists know of these falls, you’ll most likely get this location all to yourself. The waterfall is located near old Hawaiian ruins and where King Kamehameha III had his summer home. To access it, you’ll hike through vibrant green bamboo forests, stroll across the Nu’uanu Reservoir, and climb over more than a few volcanic rocks; each terrain giving you great photo opportunities along the way. Lulumahu itself provides a lush, mossy canyon with narrow light shining down onto the waterfall, giving you a great opportunity to capture a hidden gem in one of Oahu’s rain driven valleys.

At night, Tantalus Drive or “Round Top” lookout is an excellent location to capture what Honolulu looks like after dark. With a vast view of the ocean in the background, and Diamond Head Mountain overlooking Honolulu’s busy streets, this makes for a unique nighttime cityscape shot. 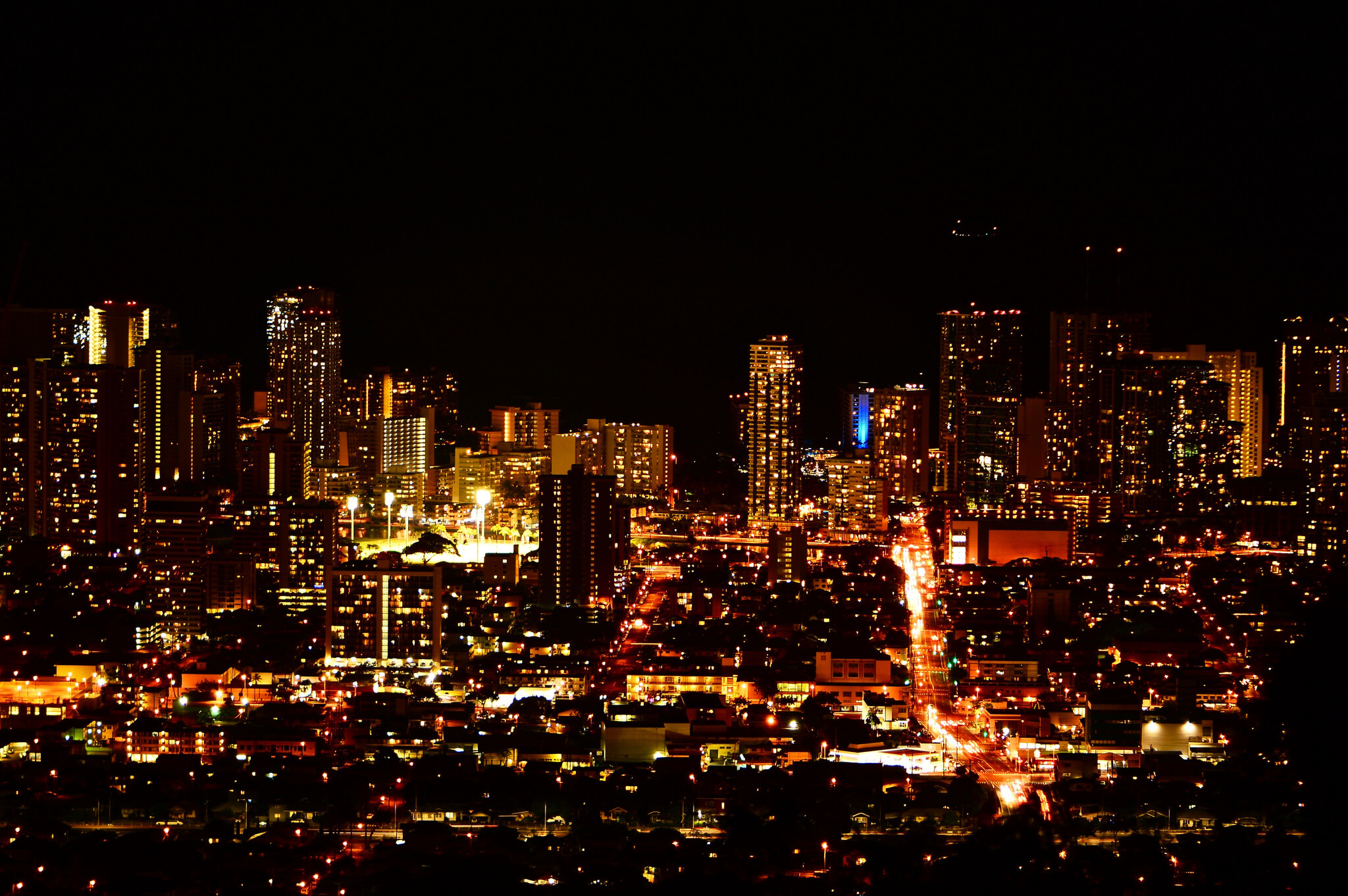 Situated in Kailua on the east side of Oahu is the remarkable Lanikai Beach. It’s a very beautiful Hawaiian beach with dusty white sand and pale, blue water. About 1.5 miles off shore sits two islands named the Mokulua Islands. During spring months, the sun rises directly in-between the two islands, creating ideal sunrise shots. And if you hike the popular “Lanikai Pill Box Trail”, it’ll lead you to old WWII bunkers where you can get a great birds’ eye view of this beautiful stretch of beach. Keep in mind, parking can get crowded as the beach is in a populated neighborhood filled with permanent residents and vacation rentals. 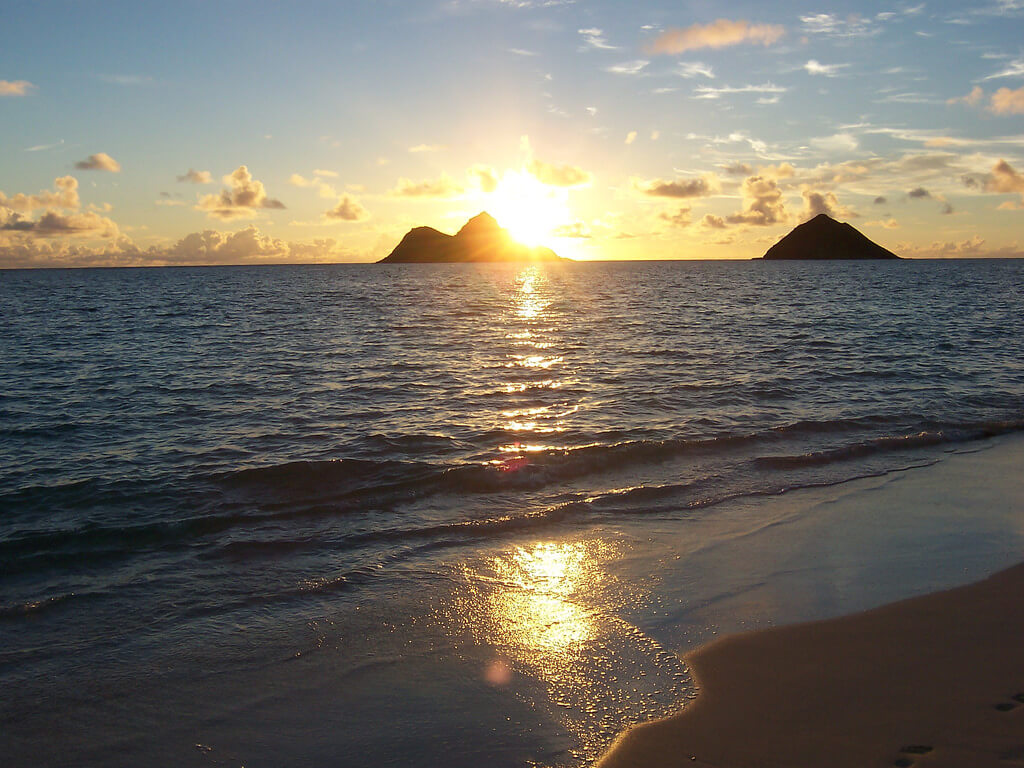 The Waialua Sugar Mill is an old sugar refinery that was established in 1899. It produced tons of sugar that was distributed throughout Hawaii. In October of 1996 the mill shut down because of concerns with their profit margin. It became the last sugarcane plantation on the island of Oahu to close. Now, it’s used as an industrial area for local businesses and makes for a great historical landmark to photograph. This mill appears just as it did in when it closed in 1996, giving it a very rustic look. Situated with enormous Mt. Ka’ala in the background, it’s picturesque and a great way to capture an old structure that used to be Hawaii’s main economy.

The quaint, little town of Haleiwa sits right in the middle of the surfing capitol of the world, North Shore, Oahu. It’s an old community, dating back to the early 1900’s that was dedicated to the pineapple and sugar plantation industry. Because of this, you can find original plantation homes and historical business buildings that make for unique photographs. They hold low-profile wooden framing, exposed rafters, and very widely spread roofs, making their architecture very distinguishable. When viewed among a natural, tropical environment, these structures adapt beautifully with its surroundings. 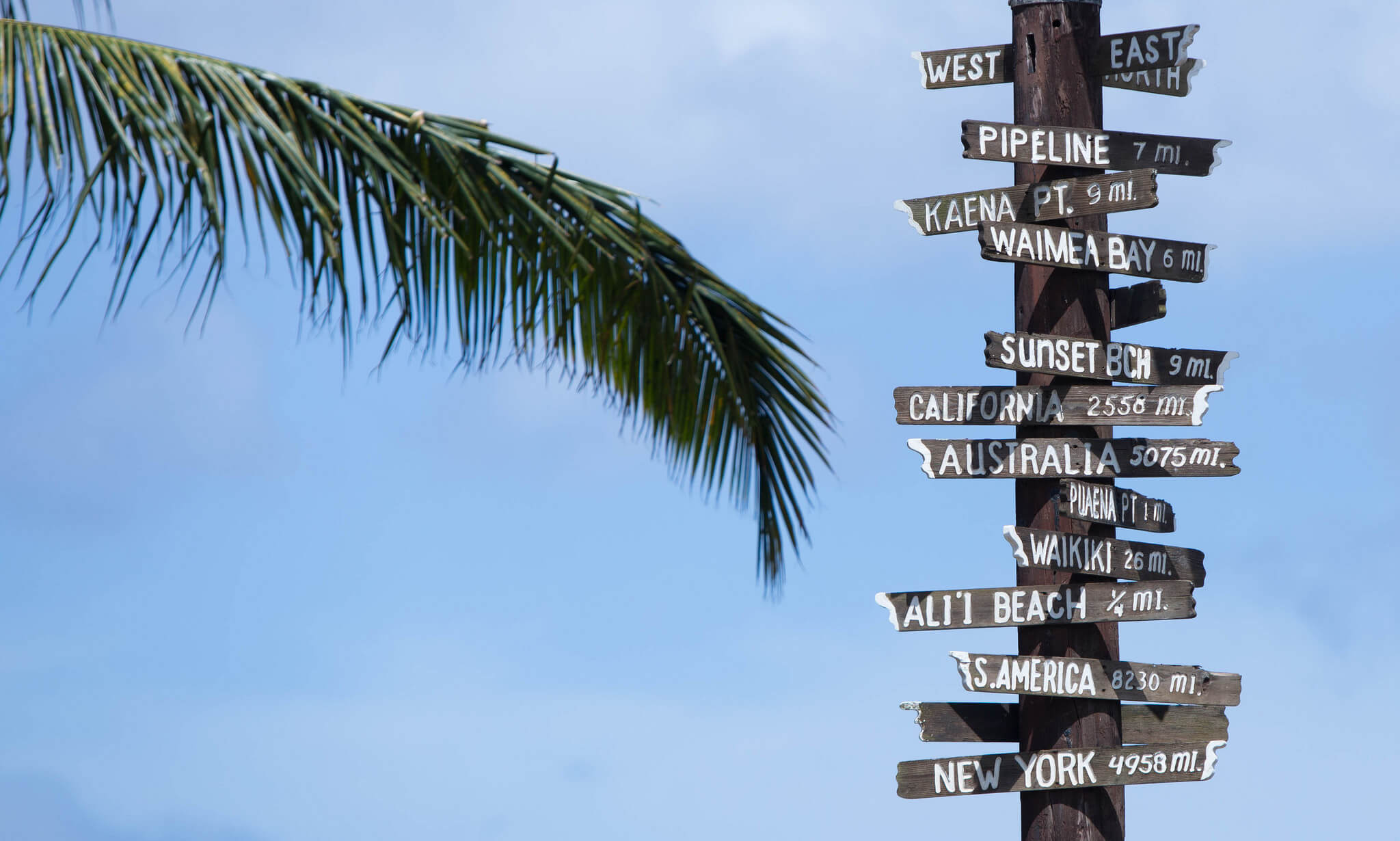 The famous Dole Planation is a massive part of Hawaii’s economy. There are acres upon acres of pineapple fields lining the road that leads to Oahu’s North Shore. Perfect rows of spiking pineapples create the ideal representational landscape. If you’re able to make your way out to the fields during sunset, Oahu’s golden hour creates prefect lighting that illuminates the yellow, green, and red dirt colors of the plantation. 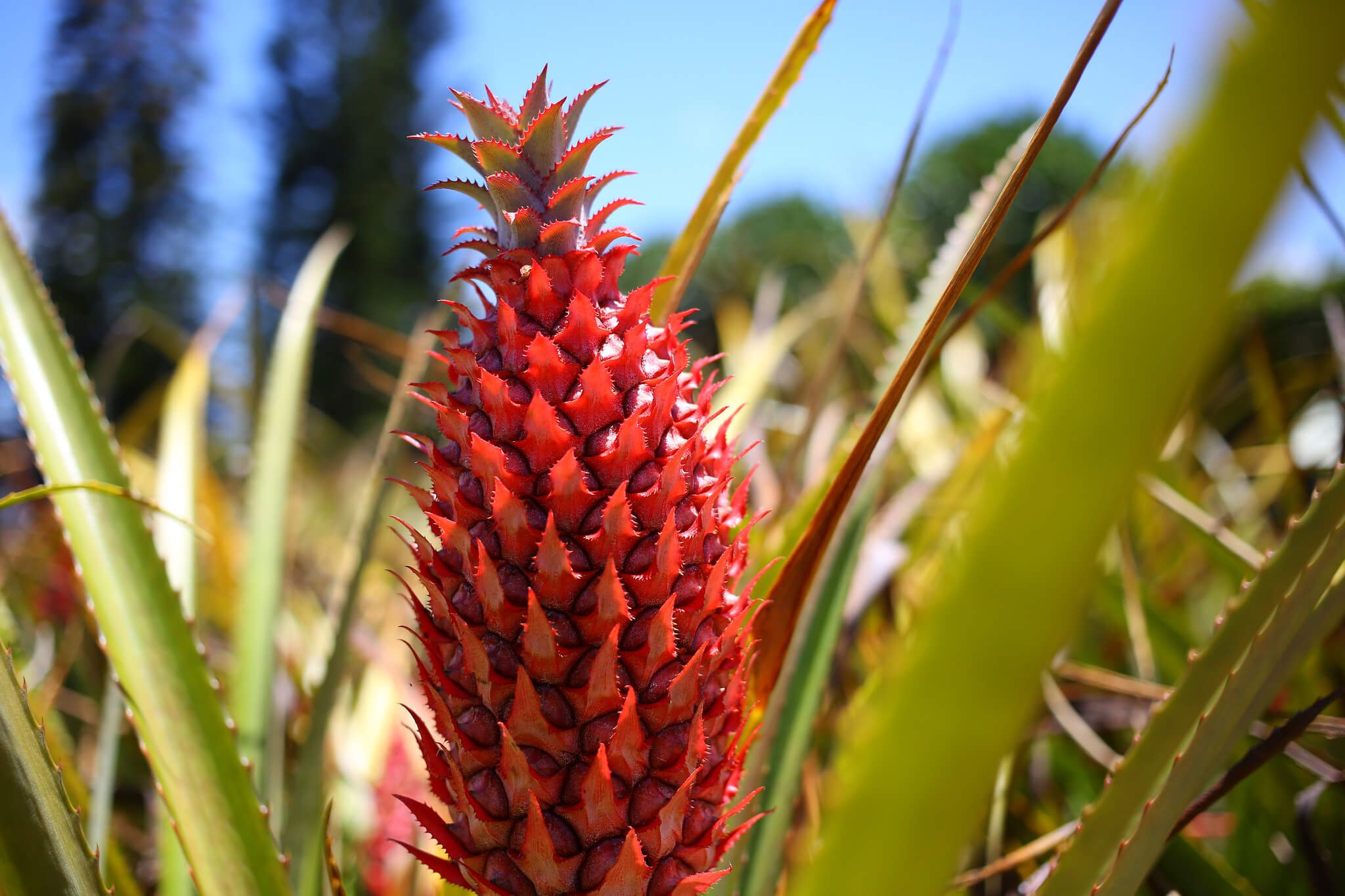 Along Oahu’s southeastern coastline is the Makapu’u Point Trail. It’s about 2 miles round-trip and it’ll lead you to the picturesque Makapu’u Lighthouse. The lighthouse itself is off limits to the public but the trail provides a great overlook of it and its surroundings. The red-roofed lighthouse contrasts perfectly with the deep blue water that it looks over. If you’re facing the lighthouse from the south end, you’ll have a great backdrop of the windward coast. And on an ultra-clear day, you’ll be able to see Oahu’s neighboring islands, Moloka’i and Lana’i.