A 2010 graduate of UC Santa Cruz in Film and Digital Media, Caryn Sandoval was tossed into the recession with a degree and love for photography that led to many dead ends. She worked hard to make ends meet by shooting images for small business and individual projects, but the lack of consistent, interesting work ended up bringing out other creative sides of her photography

“I was brainstorming photo projects. Anything to get me excited about creating. What drove me then, and drives me now, is the awe that a single photo can produce. Unlike video that feeds you ideas in succession, an image produces greater awe by allowing you to tune into that single emotion, to extract a moving story from stillness.”

One of these creative projects was Light Paralysis. In 2013 Caryn started decorating her house with cheap, battery-powered strands of colored LED lights to help curb the financial depression. Around the same time, she began practicing yoga to help her combat real depression. At 3am one morning, she woke up with the thought of combining these two things in her life; a light on yoga.

After some research, Caryn discovered that the idea of LEDs attached to bodies and yoga movement was similar to how motion capture for special effects and animation works. And although there was plenty of projects involving videos out there, she couldn’t find actual still photos of it being done.

“The first few tries were promising. I knew I needed a dark location with a stagnant background to truly capture each LED lights as it progressed in movement. Luckily, my partner’s office building had a deep parking garage, so we drove down to the deepest level, which was empty. I used thin slices of duct-tape to adhere the lights to the fabric of my clothing. The only other lights were from a couple of faint fluorescents in the corners of the garage.” 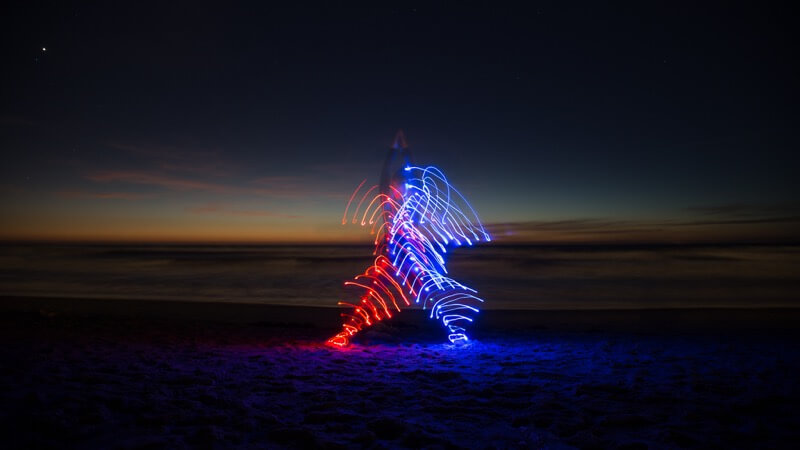 “With 3-8 second exposures, using a Canon 6D with a 24-105mm lens on a Manfrotto set to the lowest level. I timed my movements with the click of the shutter, operated by my partner Brendan Cleak. That is, I began in one yoga pose and transitioned to another during the exposure. It was truly trial and error to ensure I didn’t create a mess of light. I evaluated the results on the spot after a couple takes to readjust my alignment within the frame and within movement. Surprisingly, most yoga transitions take 3-8 seconds. The themes matched perfectly.” 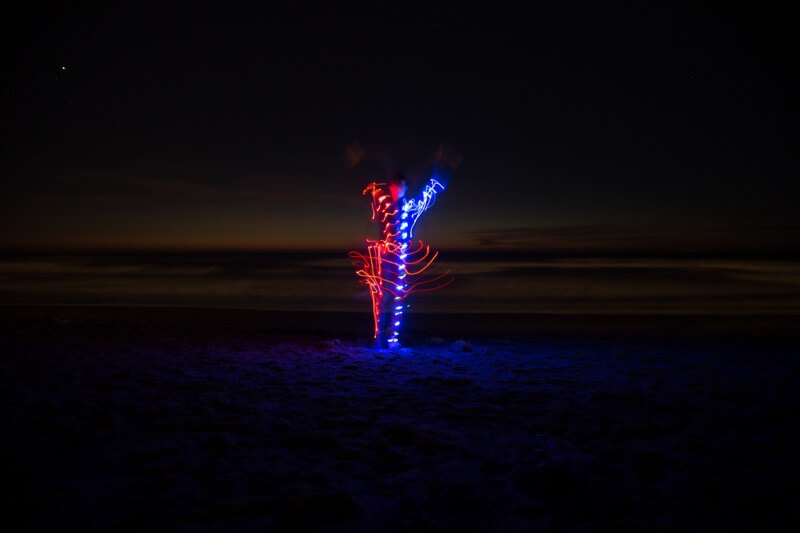 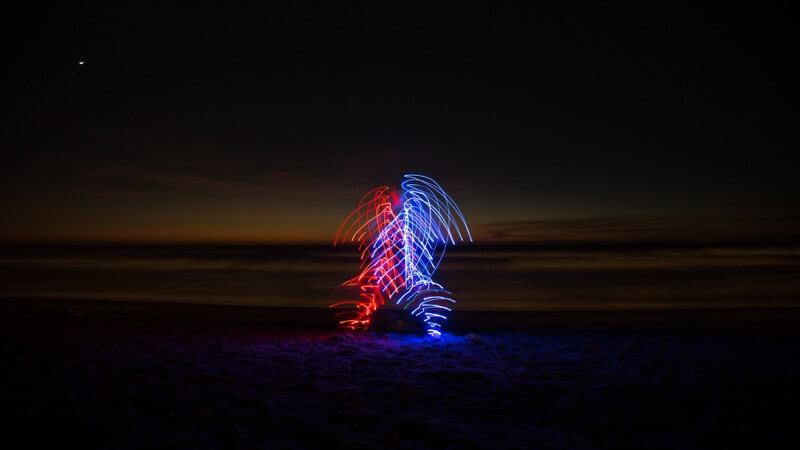 “Since, each successive attempt at creating images for Light Paralysis has coincided with my yoga practice. In 3 years, I’ve become stronger with yoga, photography, and subduing my internal demons. In yoga, we cover a lot of Hindu philosophy, specifically the role of the gods in each of us – whether they’re real or representative of parts of the human experience. These Gods – Krishna, Ganesh, Shiva, Hanuman – often have more than 2 limbs, dance wildly, and exude their power and grace. I see them in these photos, now.” 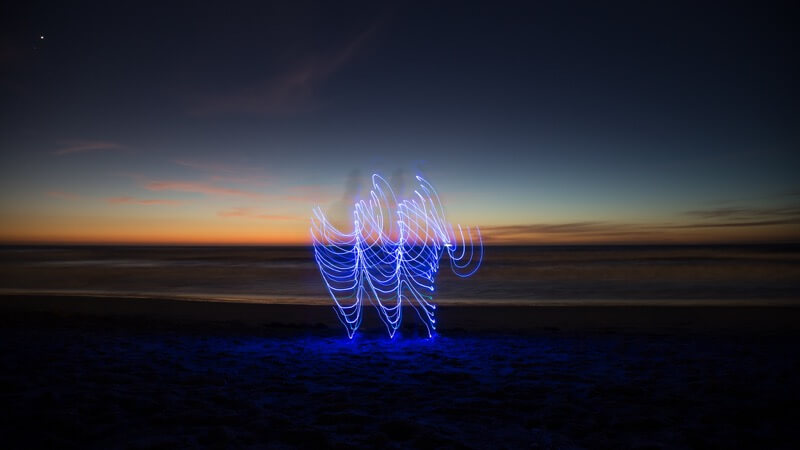 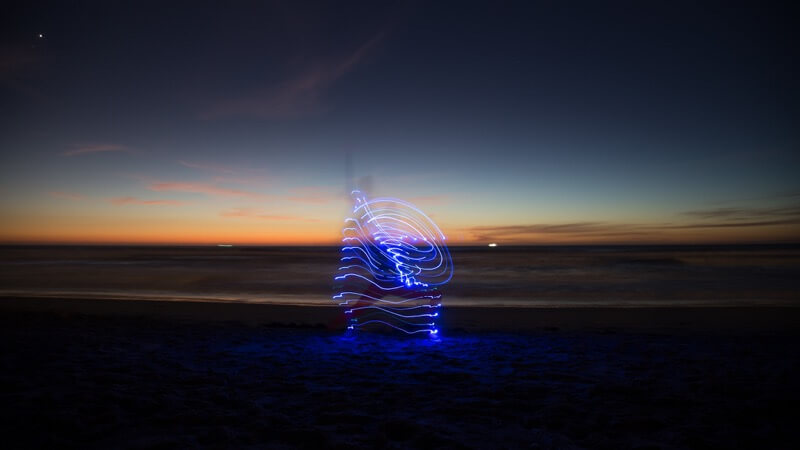