“Beautiful” is a word we use often when describing photos. That’s partly because beauty is the main point of a lot of pictures. Capturing something beautiful – whether that’s a scenic mountain view or a baby’s tiny hand – is what motivates many photographers to pick up their camera.

But beauty can also become boring. Especially if you’ve been shooting the same subjects for a while, you might start to wonder how you can make your images more interesting or meaningful.

One way to create this emotional depth is by focusing on narrative. In other words, what stories do your photos tell? When viewers look at them, what do they feel, think about, or see besides beauty?

Often, storytelling in photography relies on thoughtful composition. A small adjustment in composition, like cropping out a person or changing your viewpoint, can completely change the narrative of your image.

Composition isn’t the only way to craft a story, though. You can tell a story through a photo series, for example, or by exploring a specific idea. You can also match your photos with a journalistic piece. It all depends on your photography style and the genre you want to explore.

For Bill Donohue, the street photographer behind The Package Project, the key to storytelling has been juxtaposition, motion blur, and pithy titles. Along with a good dose of patience, he’s been able to capture story after story in his street shots of people in New York and New Jersey. 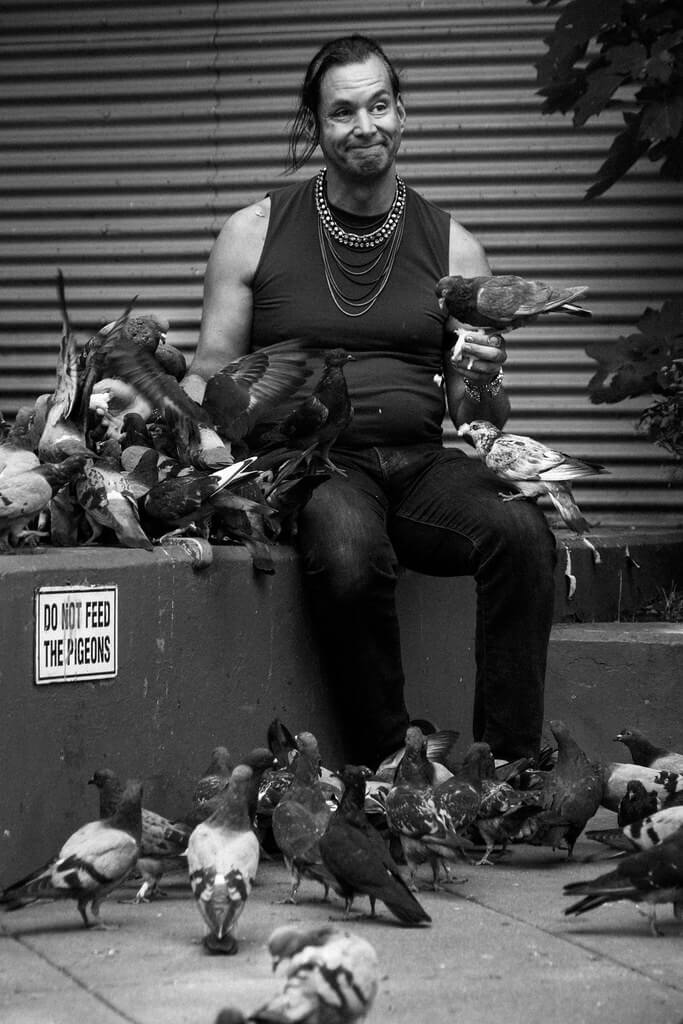 Inside Mel’s Heart and Sole 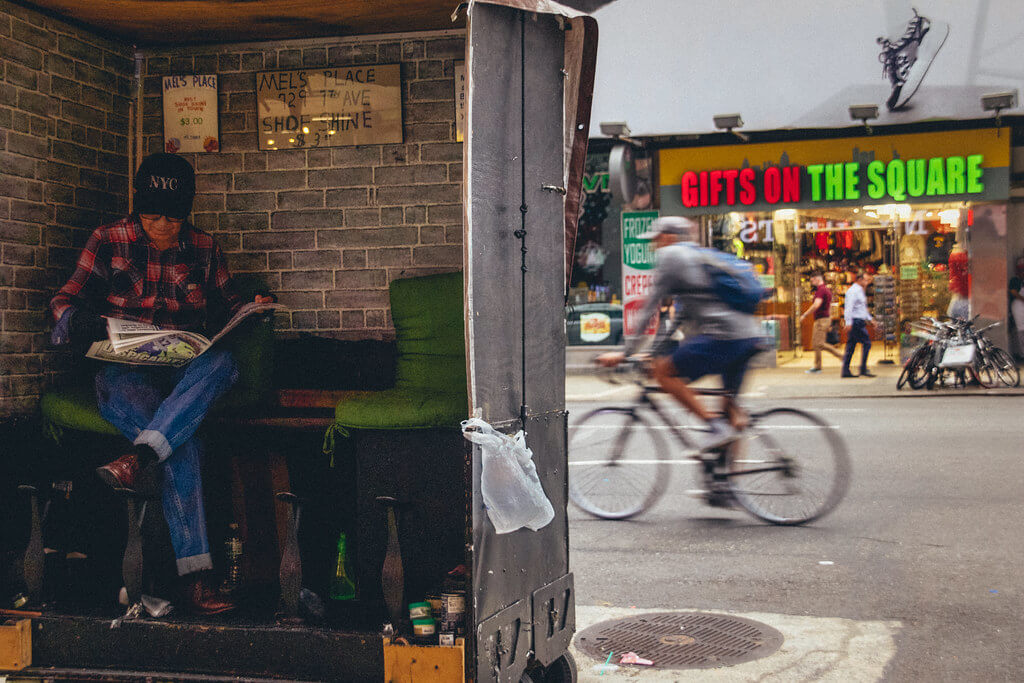 Donohue’s use of juxtaposition, in particular, gives his photos layers of meaning and humor. To catch everything, you have to look at them closely, noticing both the main subject and the side details, as well as the title.

These stories are what first drew him to street photography. “I have always liked street shots as the better examples of this genre actually SAY SOMETHING. I like landscapes and portraits, but I LOVE the way street photographs tell a story,” he says.

“That was the attraction. I wanted to get better at saying something using only a single frame and a simple title. Even if that something that is ridiculously stupid (see Plastic Spoon Goes Unrecycled, Woman Walks Off In Shame), I didn’t care. I say dumb stuff all the time; why should my photography be any different?”

A Spoon Goes Unrecycled. Woman Walks Off In Shame. 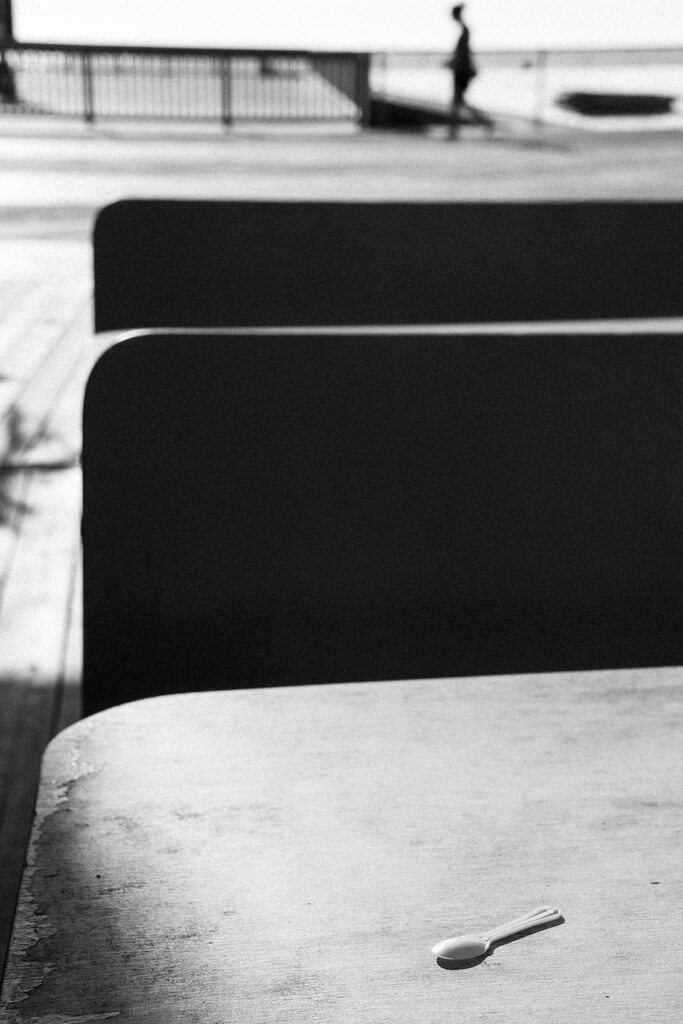 Donohue has been interested in photography for a long time, since he was a young teen. Around 1985, he got an ordinary Pentax camera for Christmas and started experimenting with it. One of his friends was also into photography and showed him how to shoot in manual.

“I learned to drag the shutter a bit to show motion, to freeze action, and to limit depth of field. I was hooked. I loved the creative control. I would pay double at my local 1-Hour Photo joint to get my shots back ASAP. I had no patience to wait. I needed to see how things came out right away, so I could learn before loading my next roll of Kodak film into the back.”

Though he now uses a Canon EOS 70D with a Sigma DC 18-200 lens, he still always shoots in manual. “I am not against any of the shortcuts. I just like the manual process. I never use anything else.”

To Work Out or Just Sit Around and Play Guitar 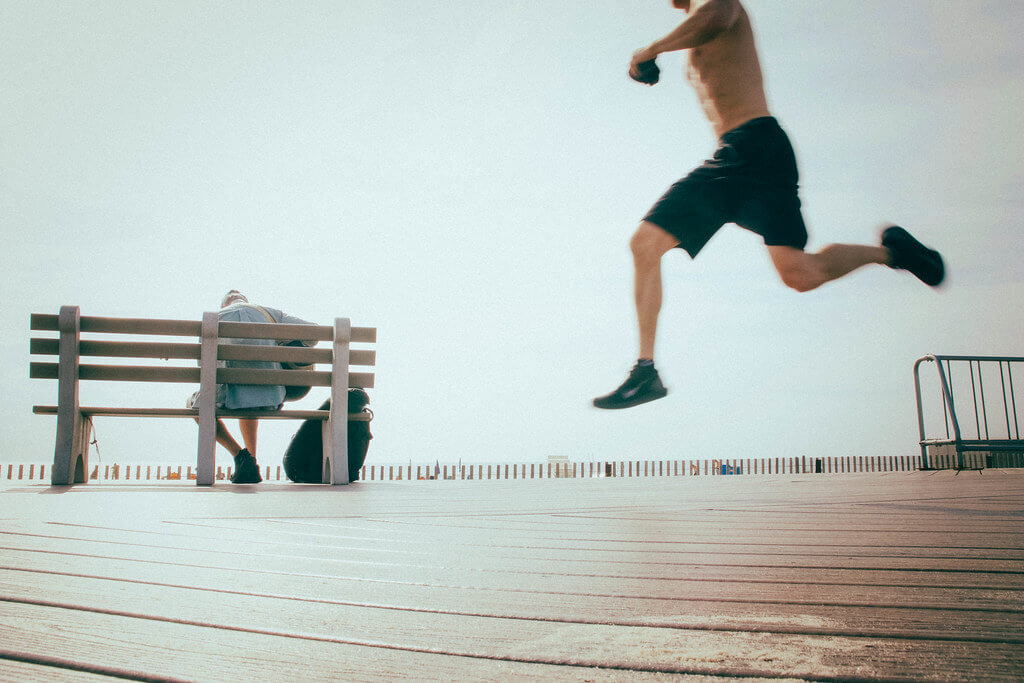 Despite his long-standing interest in photography, he only recently started shooting street photography seriously. He was motivated to pick it up after leaving his job in finance, which he’d done for years. Without that career, he suddenly had free time available to explore things he’s always wanted to do, like street photography.

“When I left [my career], the company I worked for was gracious enough to give me a nice severance, which is also known as a Package. Street photography was one of the projects I wanted to work on after leaving.” Hence, he named his photography portfolio, “The Package Project.”

That time has certainly been an asset, as it gives him the freedom to stay out for long periods, waiting for the perfect shot. “I am relentless and patient when shooting. I will hang out at a scene for an hour or more just waiting. Like a hunter. Just waiting for the right collection of things to fall into place.”

For instance, to get this image of a woman in a red dress passing a red NO PARKING sign, he waited for about half an hour. “She was the best of the passersby,” he says.

No Parking On The Dance Floor 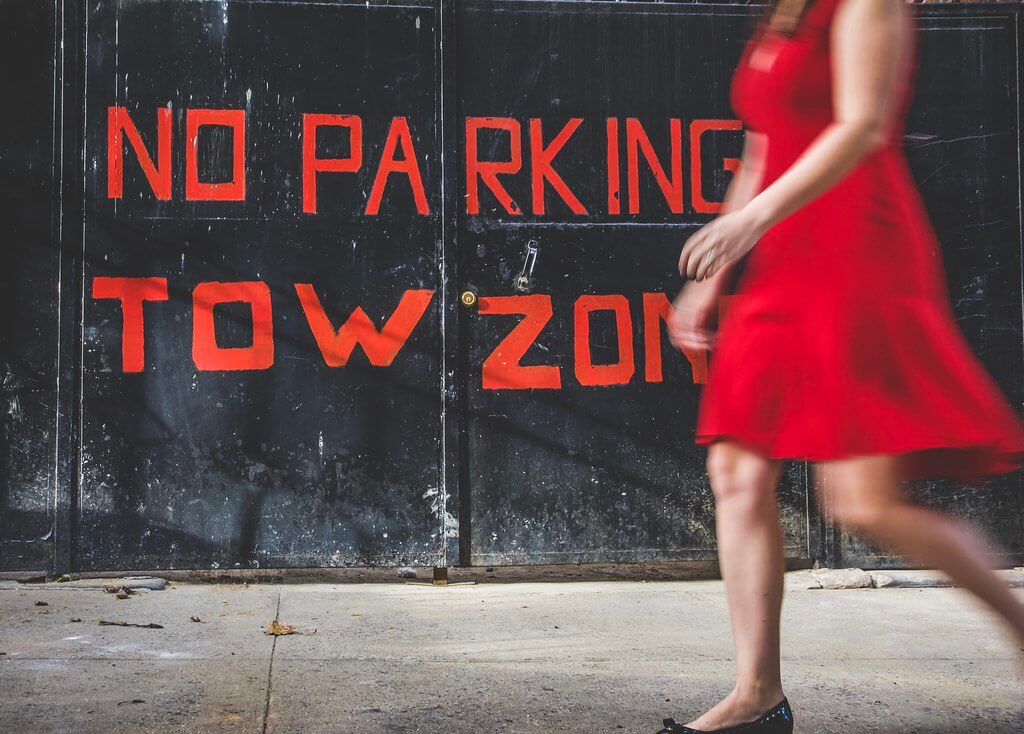 Patience has been vital for capturing his best shots, but it’s also a double-edged sword, leaving him with nothing when his waiting doesn’t pay off. It’s like a gamble every time, but he’s won that gamble often enough to keep doing it. “This technique is terribly discouraging when I leave with nothing, but so rewarding when the photo gods line things up for me.”

One reason he waits for so long is that he’s selective about which pedestrians he photographs. His standard of what’s “good enough” is higher than most. “For me, it’s not about just waiting for a ‘person’ to walk through a scene; it is about waiting for the right person to walk through doing something that is compelling to me. They are true, uncontrived moments of real people’s lives that take place in a scene that I find interesting.”

Of course, all that waiting does draw attention sometimes, leading to memorable experiences, both good and bad. “Sometimes people yell at me. (New Yorkers are not always the willing subjects.) Sometimes the police ask me to leave. Sometimes these crazy characters engage me in conversations. Most recently, someone named August Light and I discussed Enlightenment in front of a deli for a half-hour after candidly taking his photograph.” (See “Street Music at its Wurst.”)

Street Music At Its Wurst 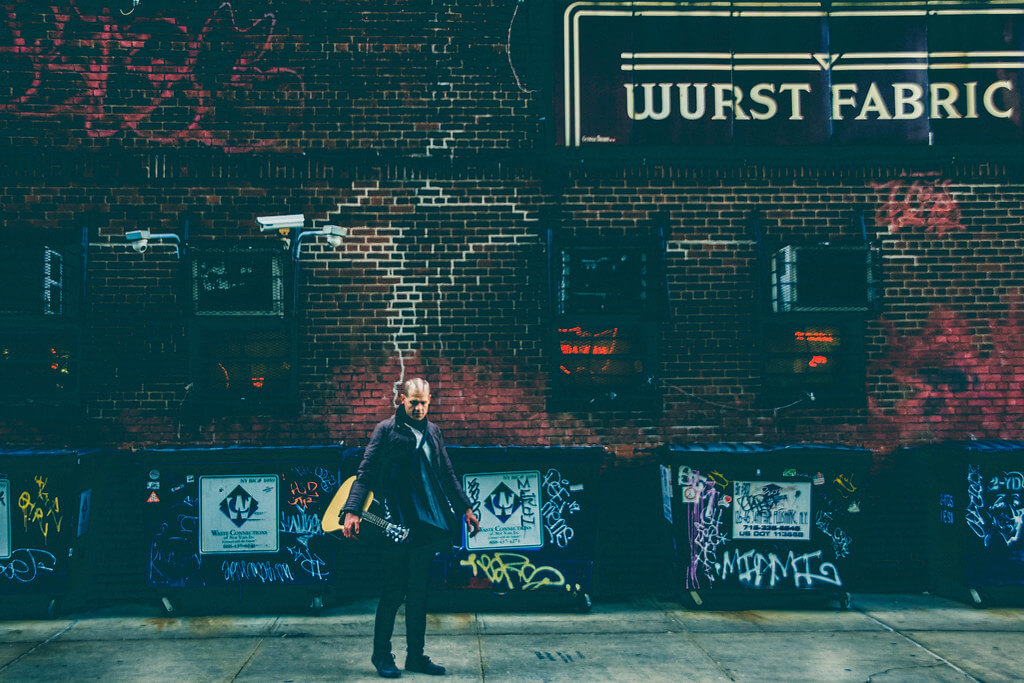 Just by wandering the streets and taking these photos, he’s met a lot of interesting people and heard their stories. He’s also stumbled across some great food. “NY has amazing pizza,” he says.

In other words, taking photos is only one part of his experience as a street photographer. Every shoot encompasses more than what his final photos show, so that even if he walks away with no perfect photos, he often still learns and experiences something worthwhile. Street photography “almost always makes for a really exciting day,” he says. “It’s not JUST about the photography.”

Essentially, by becoming a street photographer, he’s immersed himself in the life of his city, getting to know its people and culture. Although a lot of photography focuses on technical details like camera settings, he’s found that this street knowledge has been equally important for improving his shots, if not more important.

“The more I submerge myself into the scenes that I am shooting, the better I have become.” Though he admits he still has “such a long way to go,” he’s learned one valuable lesson: “Equipment and technical skill are way, way overrated.”

Instead of focusing on gear and technique, he recommends being patient, more than anything, since patience will bring you the stories you’re looking for. “Give life a chance to unfold in front of you. Something compelling often happens when you do.”

Life Before Cell Phones… and After 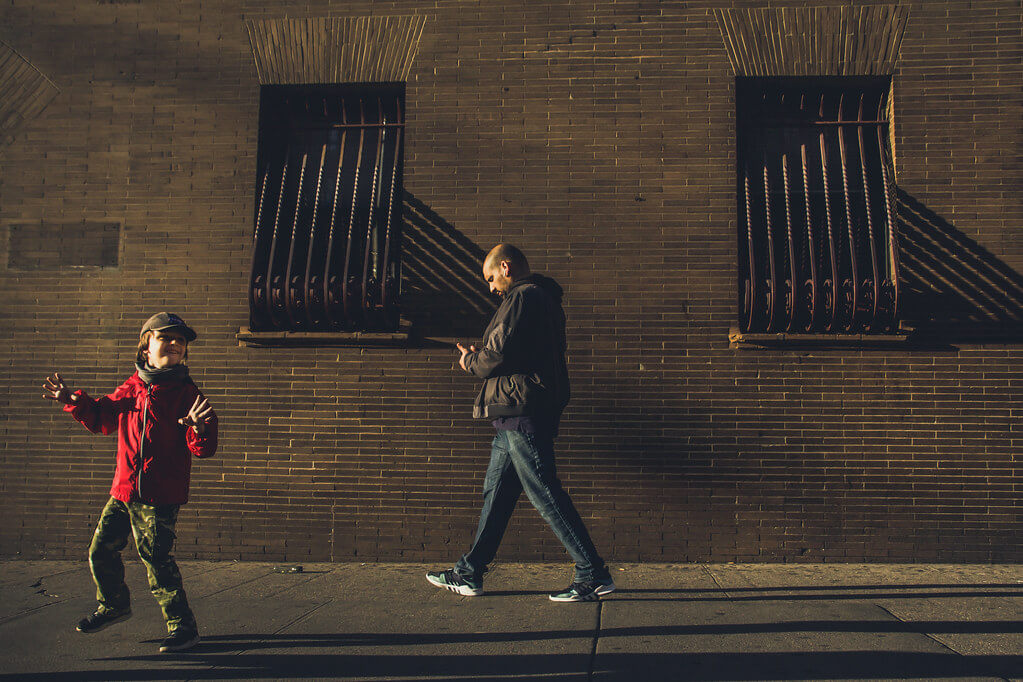 Heaven, Earth And The Moments In Between 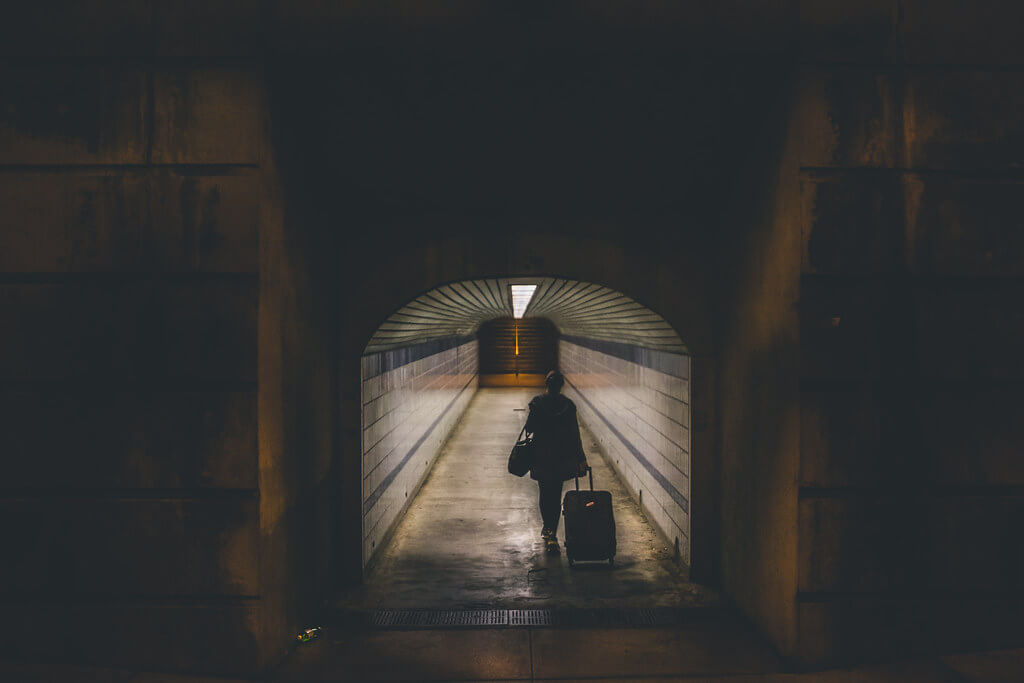 Photographs That Title Themselves 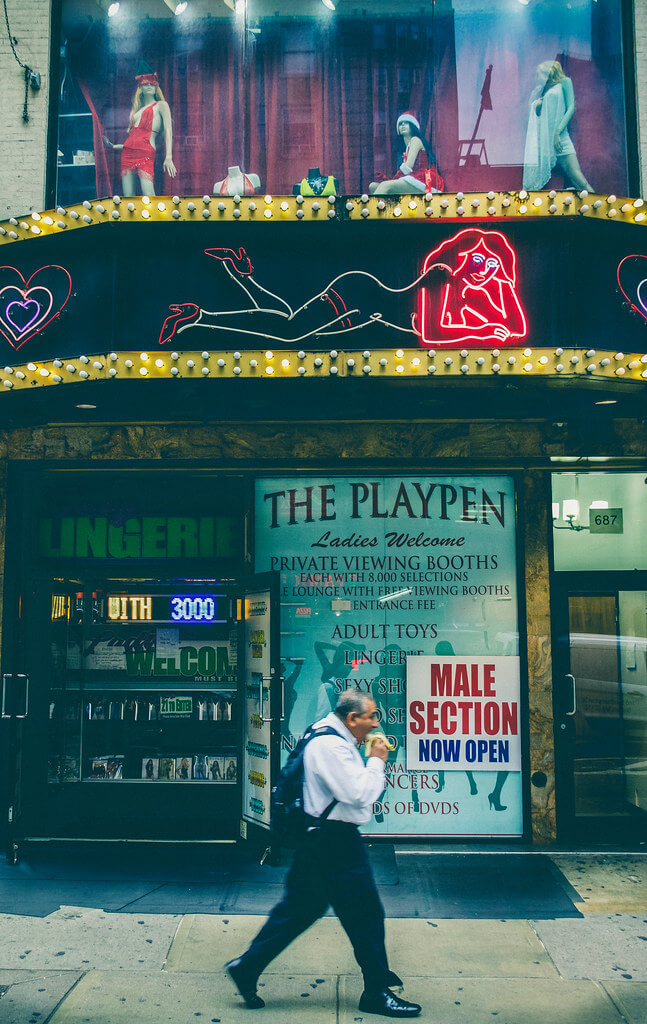 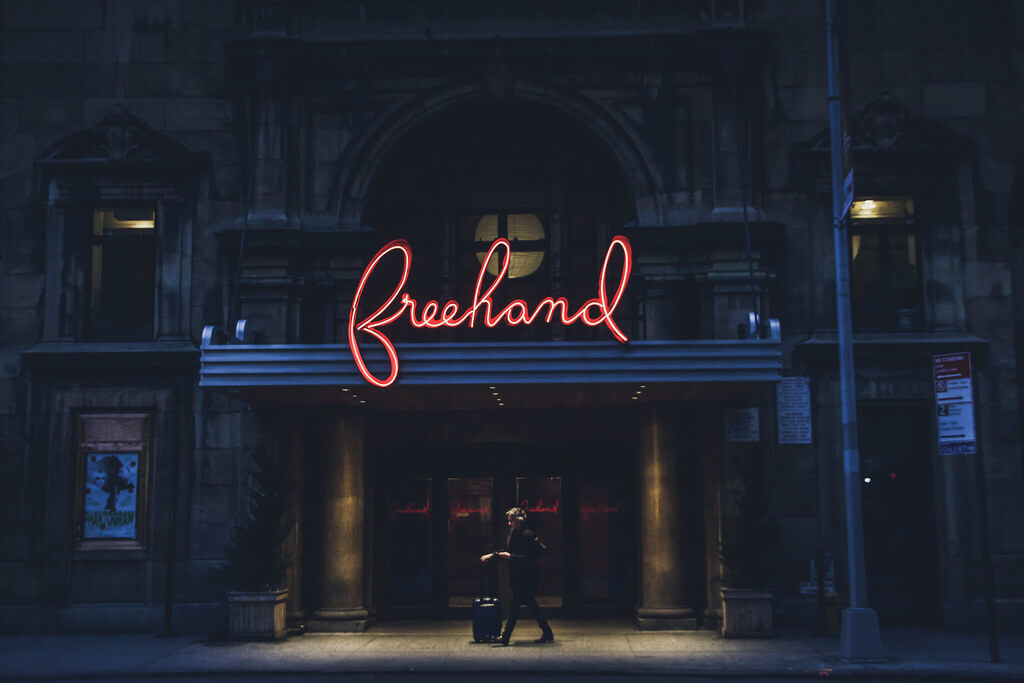 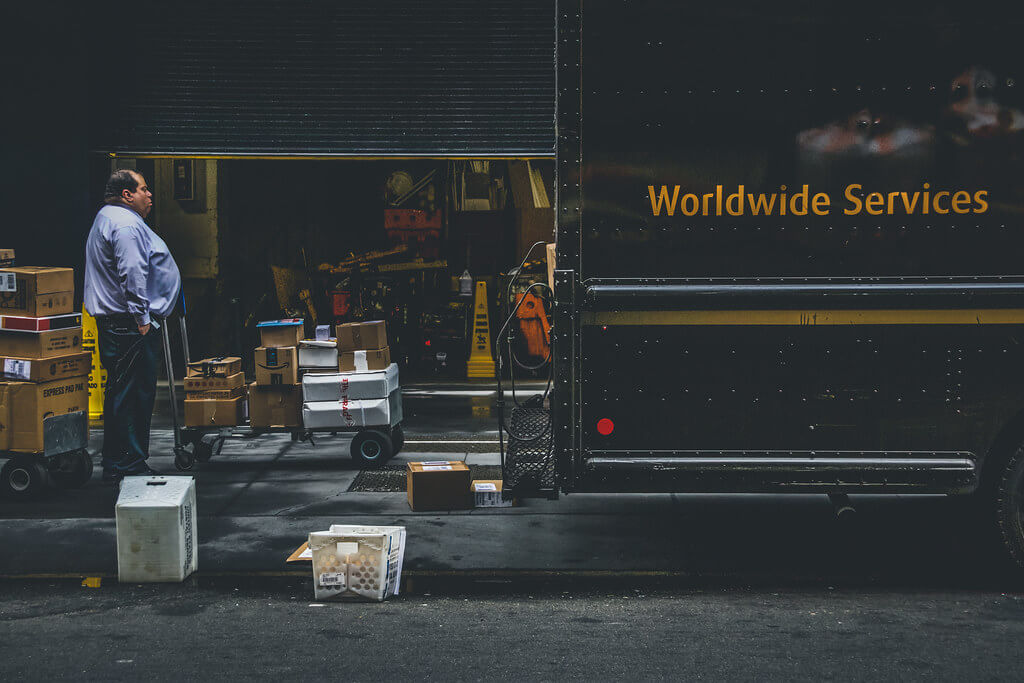 Vapes Are On Notice 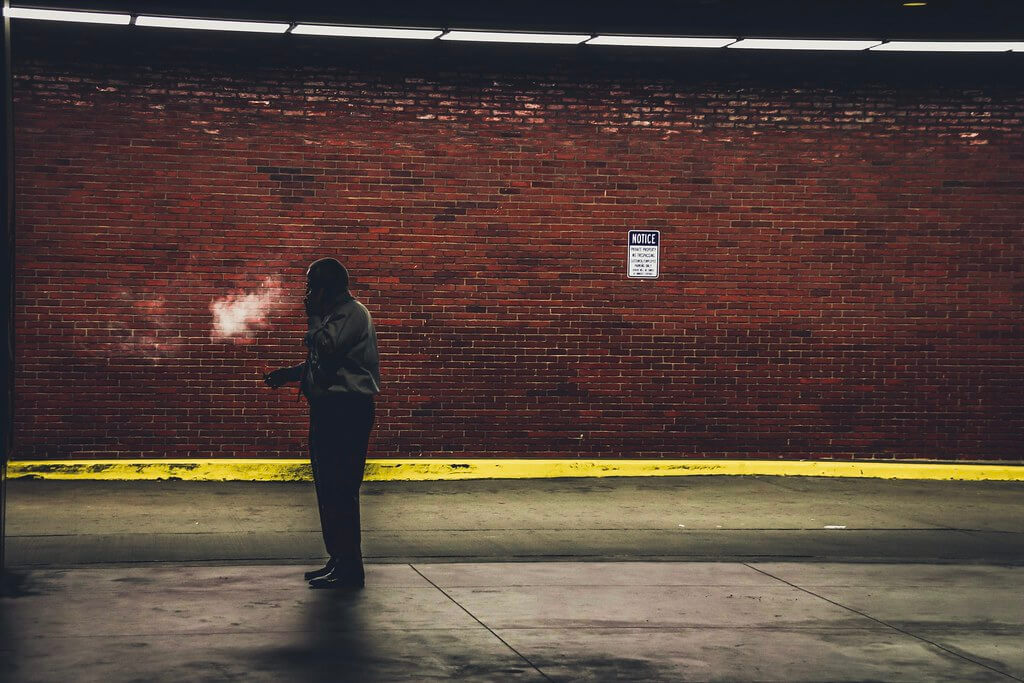 No Ticket No Shirt. It’s That Simple. 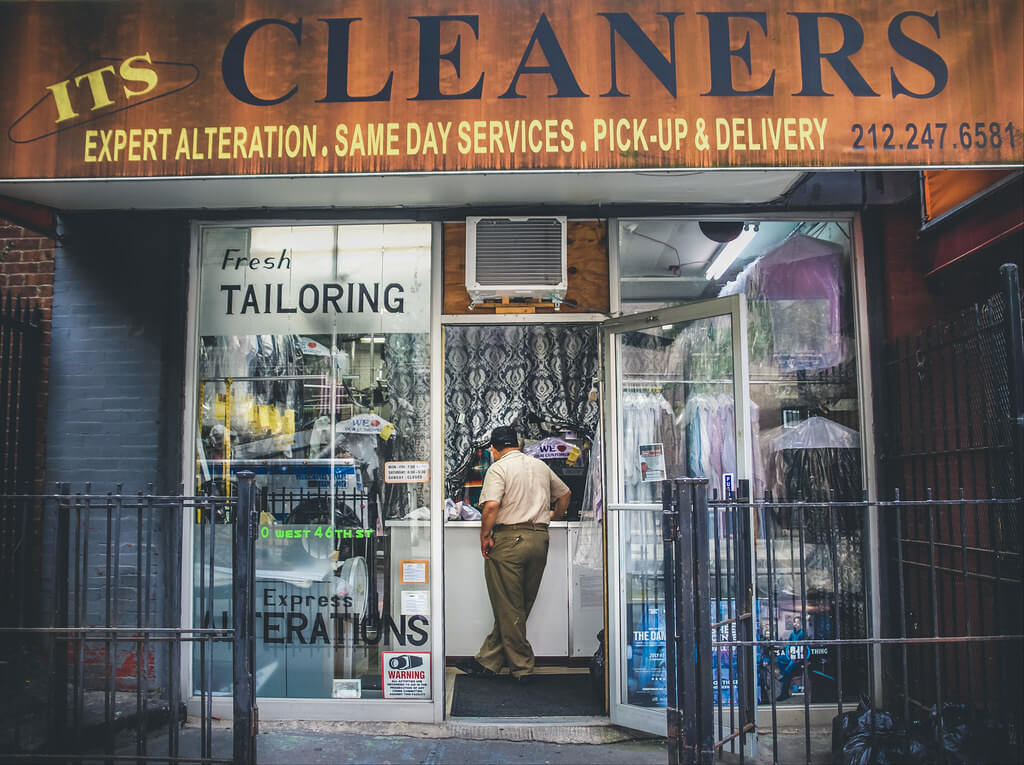 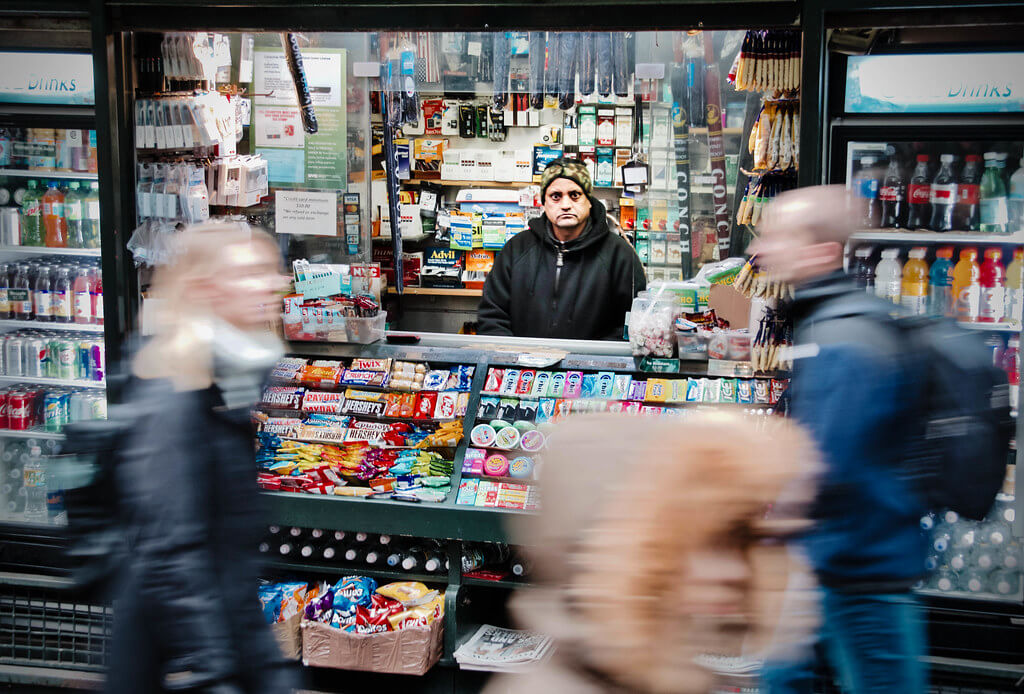 The Employee Of The Month 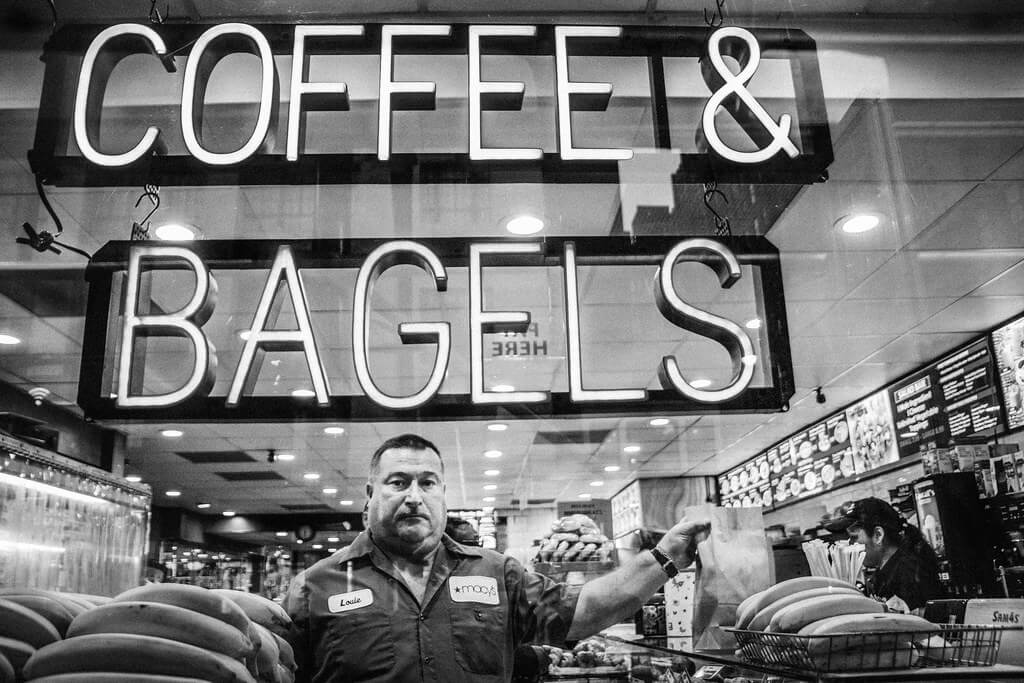 Neither Hungry, Broke Or In A Hurry 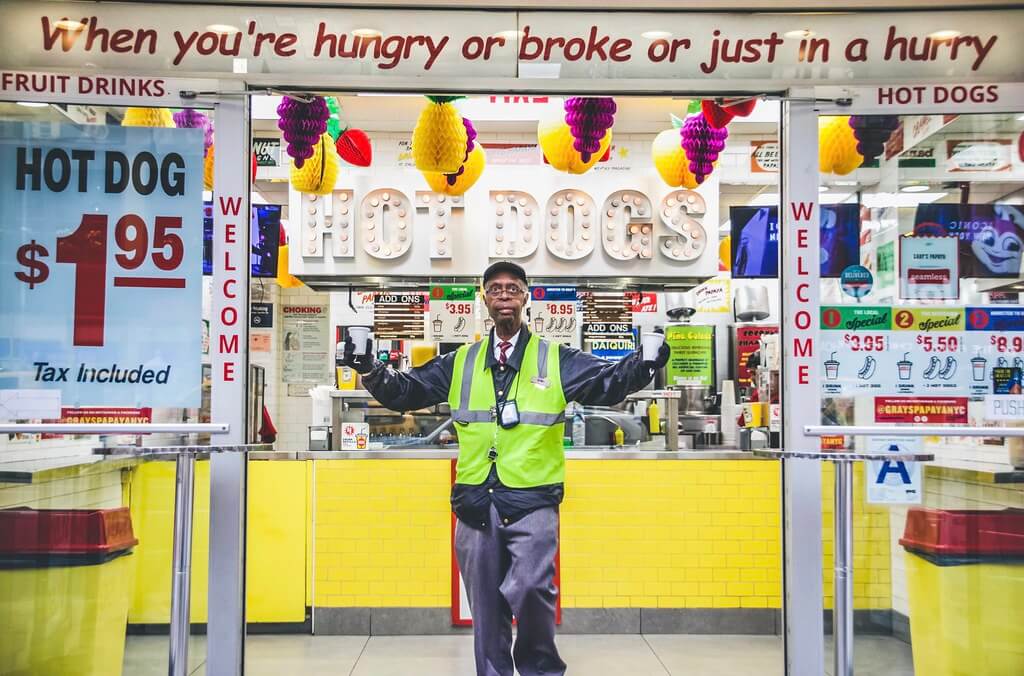 The Laundromat: Minds That Run on the Spin Cycle 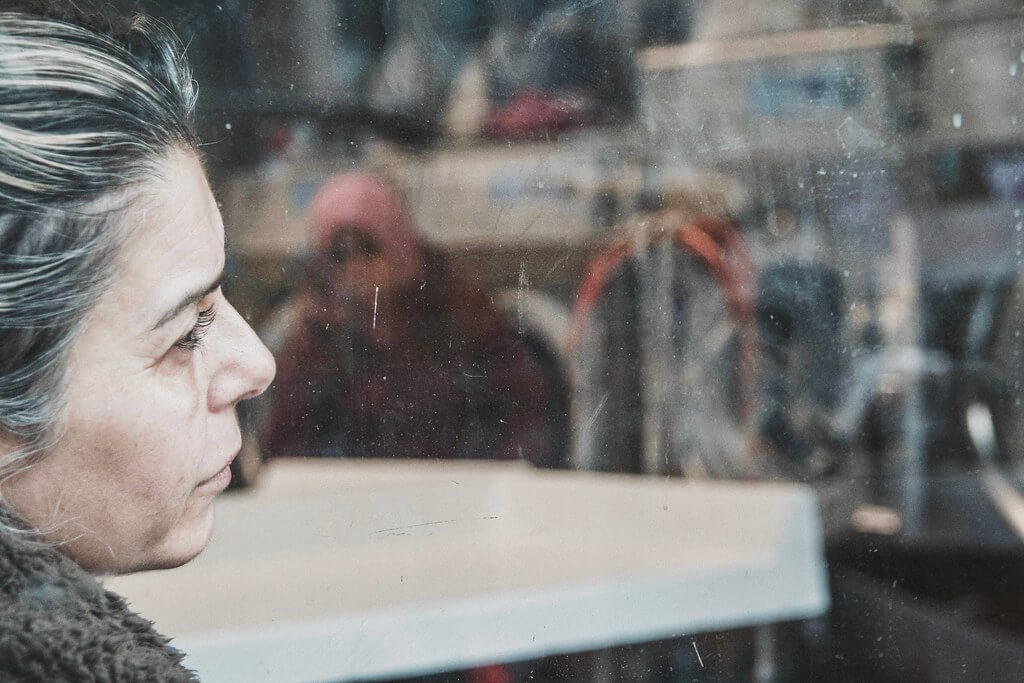 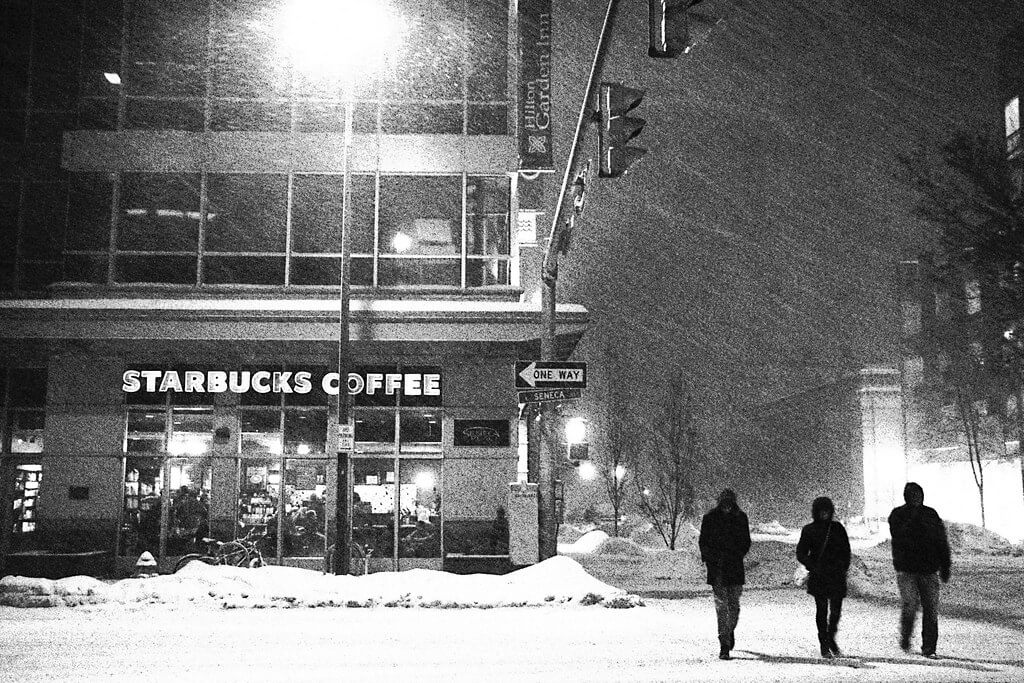 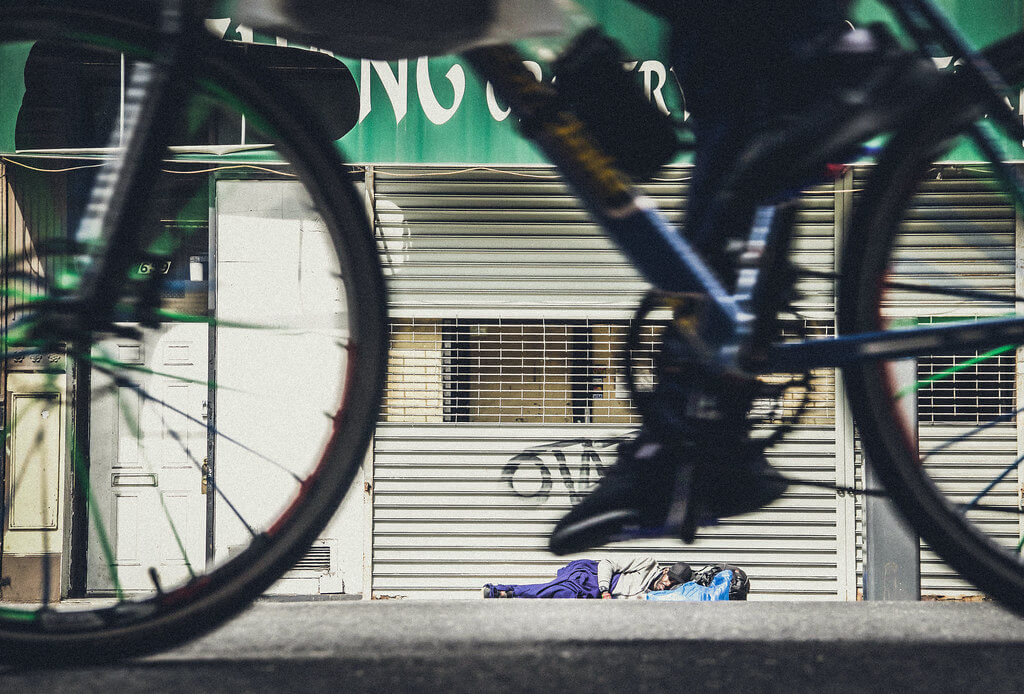 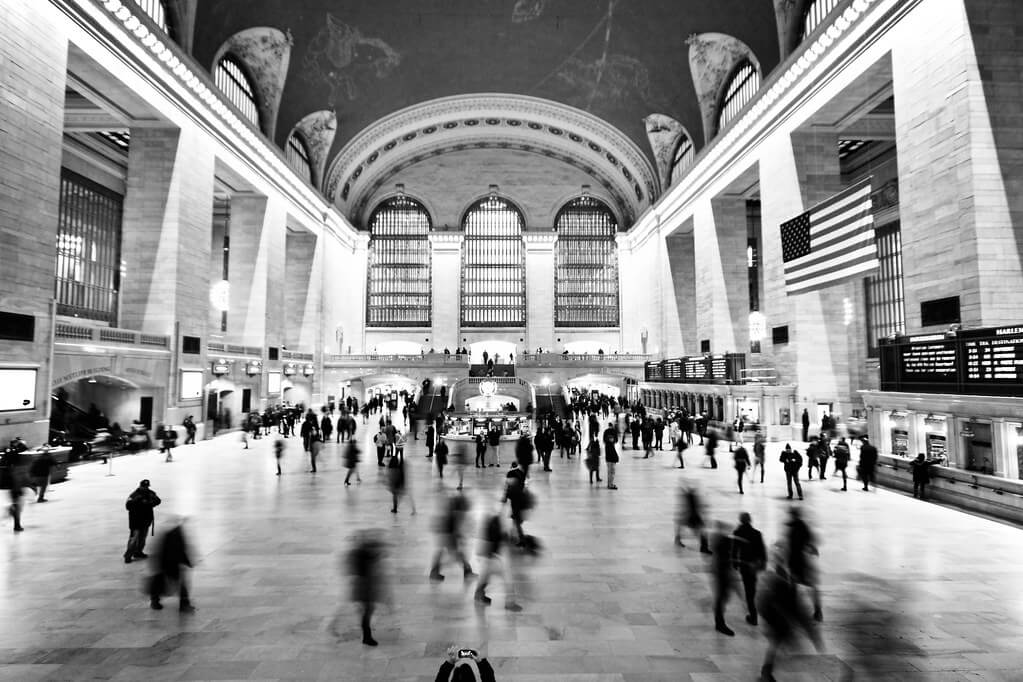 Too Many Photographs – Not Enuf With Soul 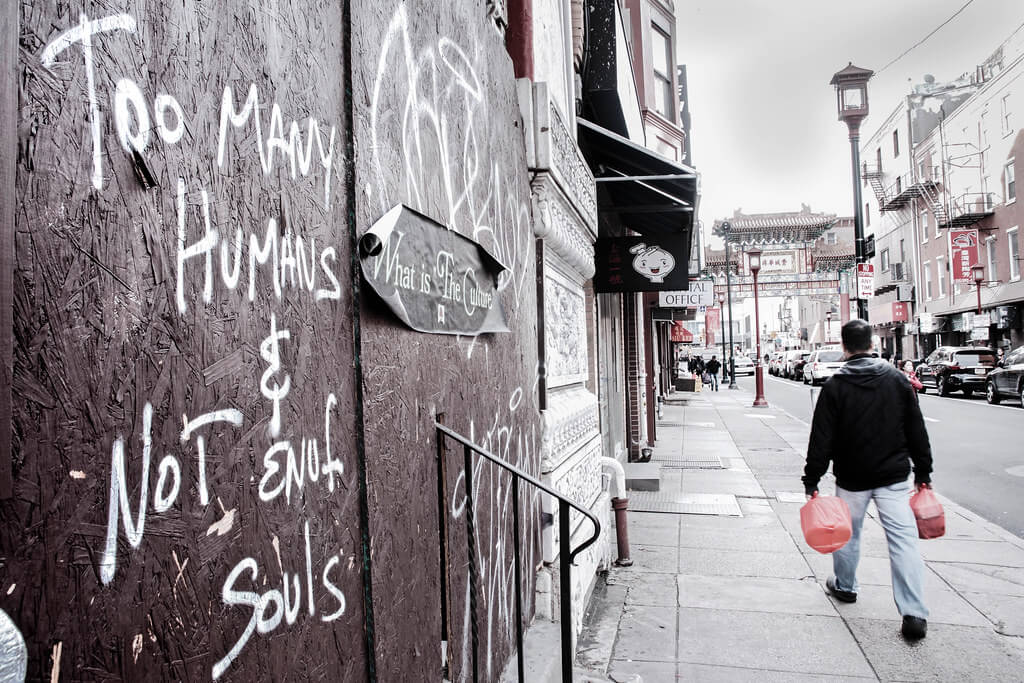