New York is a diverse city with countless places to photograph. With beautiful, old architecture, sleek, new skyscrapers, and numerous iconic landmarks, there is an abundant amount of surprises scattered around The Big Apple. The high-paced environment that takes place every day on the city streets creates a playground for all types of photographers. Here are a few cool places you should check out with your camera next time you’re in NYC.

The Brooklyn Bridge is a hybrid, suspension bridge in New York City as well as one of the oldest suspension bridges in the United States. It connects Manhattan and Brooklyn by spanning the East River, creating a terrific subject to photograph. The bridge is also home to constant traffic that’s ideal for shooting at night and capturing long exposure images of cars moving. These streaks of light will take any viewers eyes straight to the city scape of Manhattan in the backdrop. 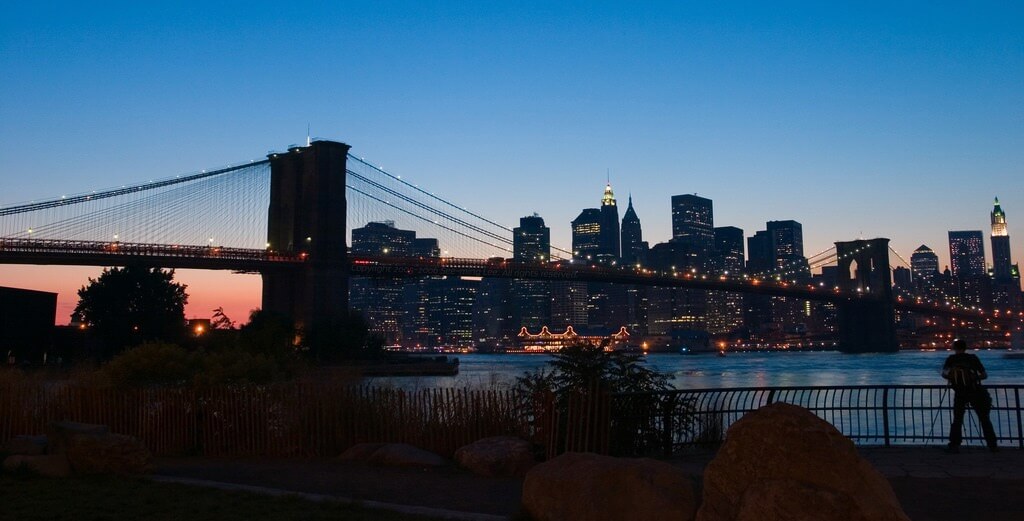 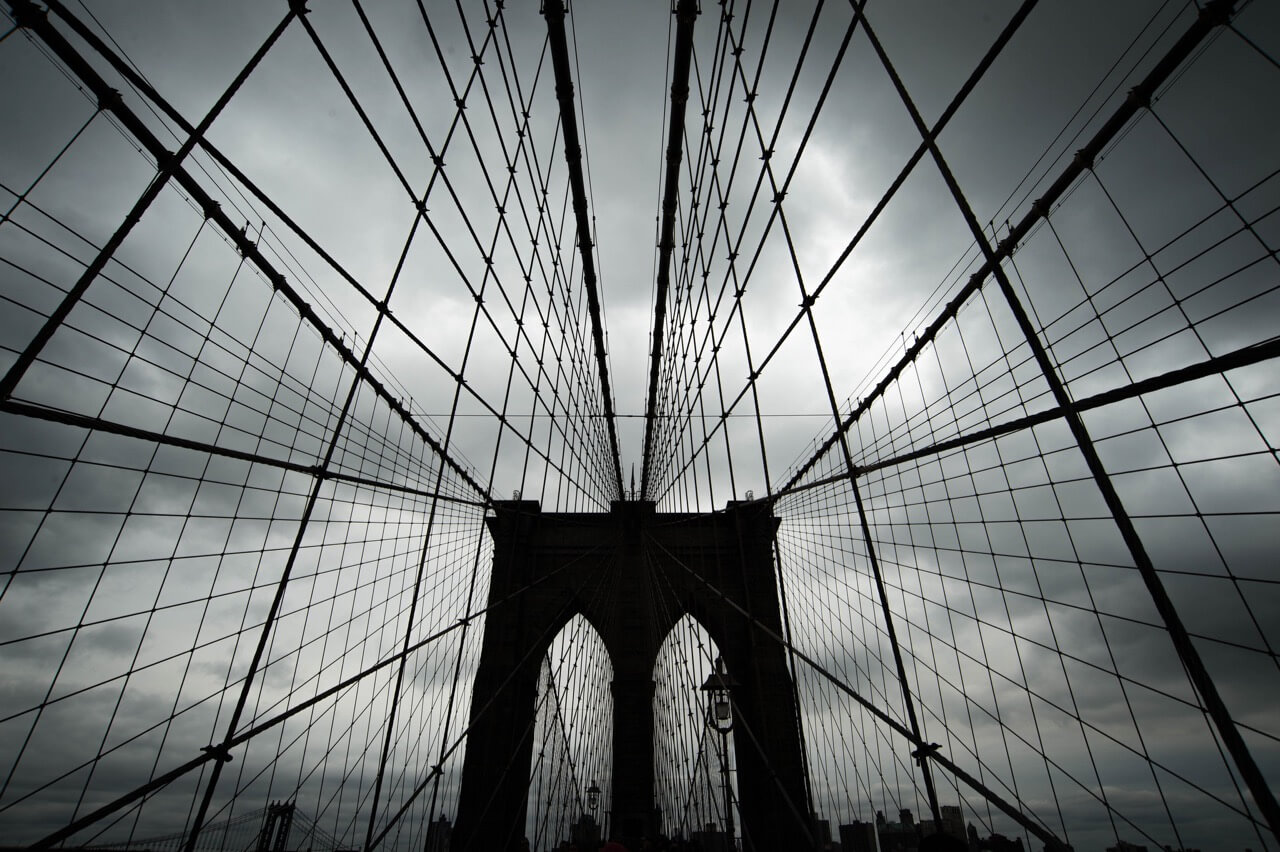 Rockefeller Center is a 22-acre area of Manhattan that consists of 19 high-rise buildings between 48th and 51st streets. Rockefeller is home to Top of The Rock, an observation tower that will provide you with vast, unobstructed views of both Central Park and Manhattan’s midtown and downtown skyscrapers. For photographers, the best time to visit this view is just prior to sunset when the angle of the sun is hitting the skyscrapers and Central Park, giving them a unique NYC golden glow.

Frank Wittig – NYC: Sunset from the top of the Rockefeller Center 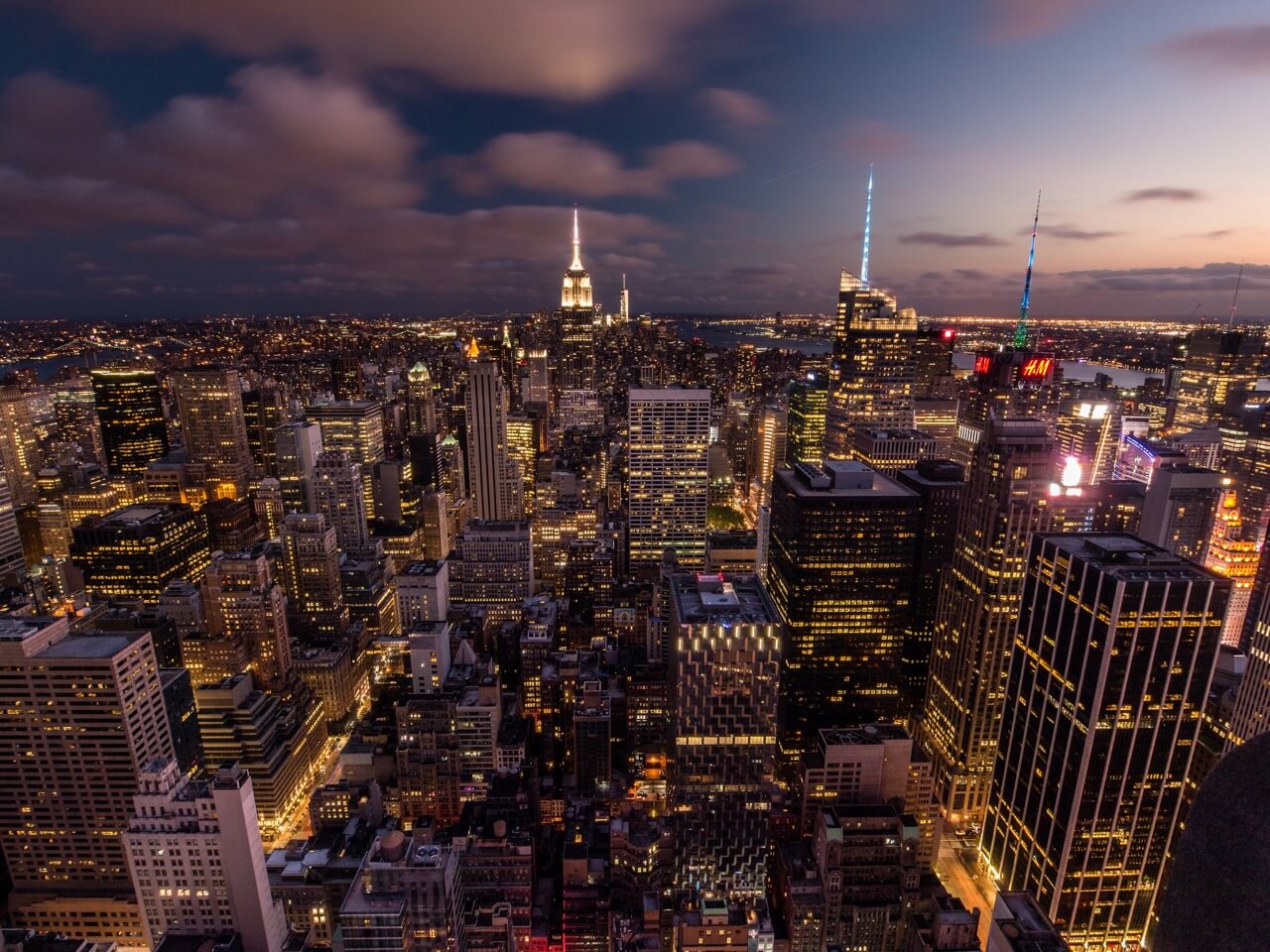 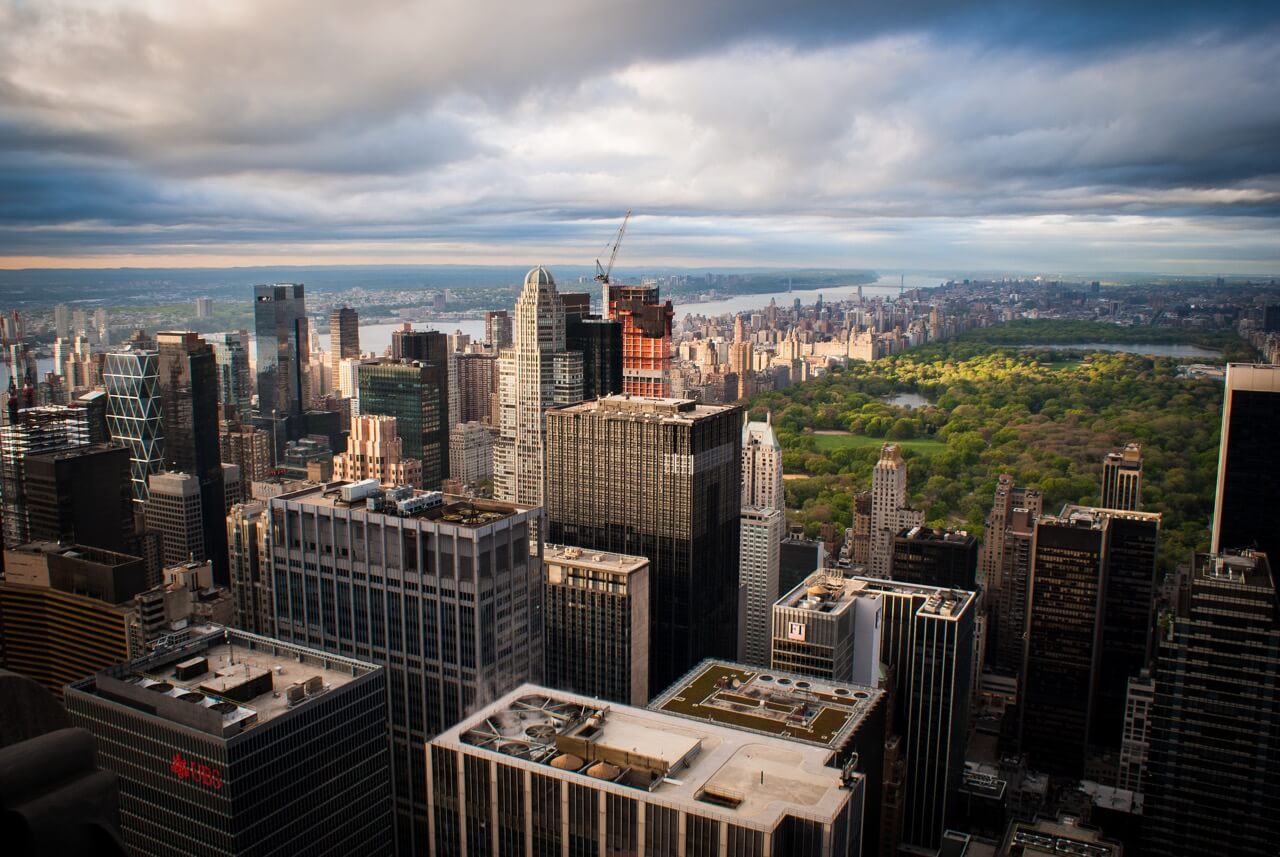 The South Street Seaport is a historic area in the New York City borough of Manhattan. It has some of the oldest architecture in the city and the largest concentration of restored early 19th century commercial buildings. With renovated original mercantile buildings, sailing ships, and the former Fulton Fish Market, this is a cool place to shoot some New York history. 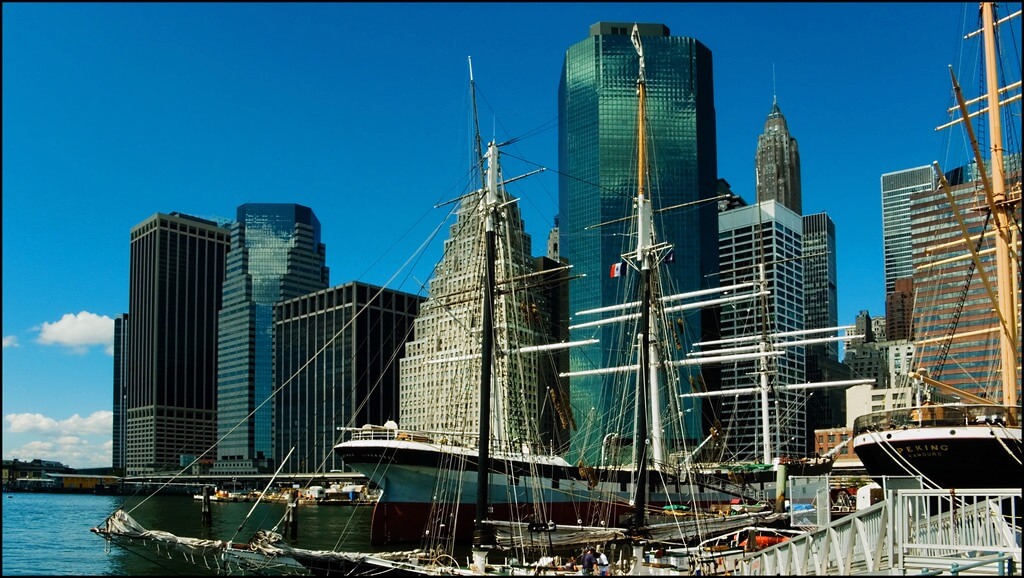 One of the most iconic locations in Manhattan is Times Square. It’s a major commercial intersection as well as a popular tourist attraction and entertainment center. From 42nd to 47th Street, this area is home to the biggest concentration of bright lights in the Big Apple. So, photographing Times Square after the sun goes down is most ideal to capture the hustle and bustle and its towering lights above it all. 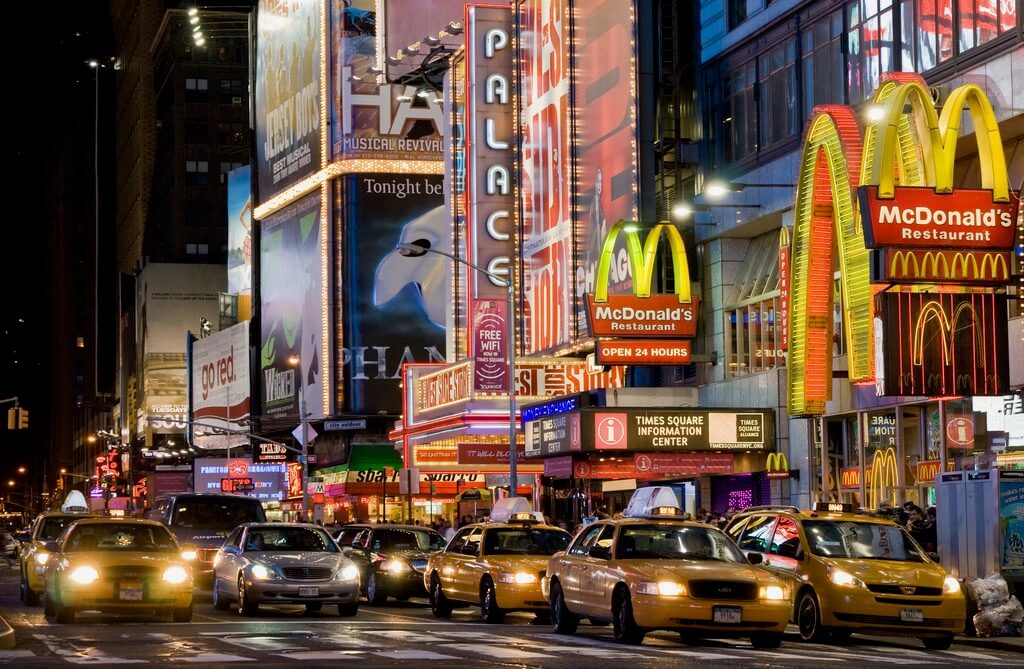 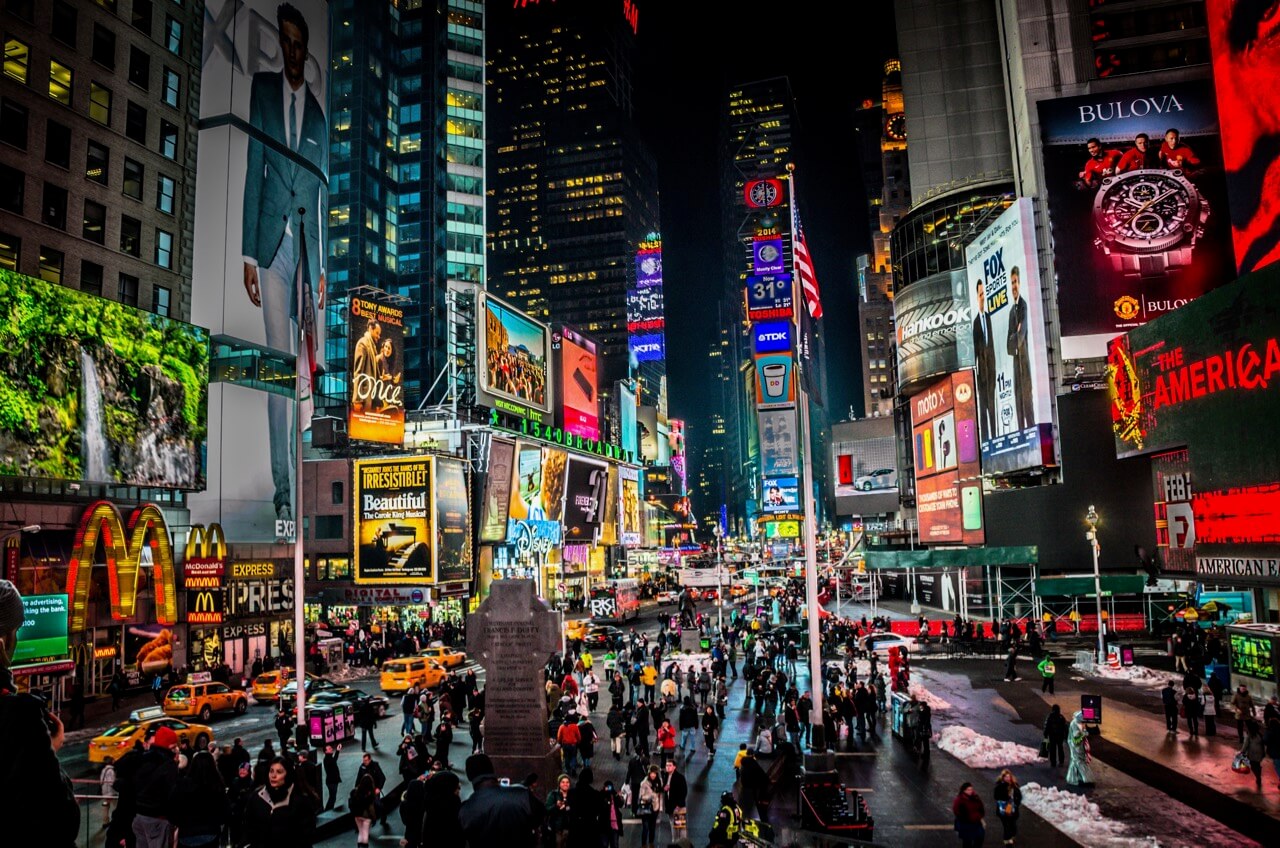 Grand Central Station is one of the major transportation hubs of NYC and a quintessential landmark. The Terminal occupies 48 acres, has 44 platforms, 67 tracks, and over 750,000 people pass though daily! It’s the most beautiful train terminal constructed in the city with many photo opportunities from its beautiful stair cases, to the constellations on the ceiling, and the magnificent clock made of Opal. 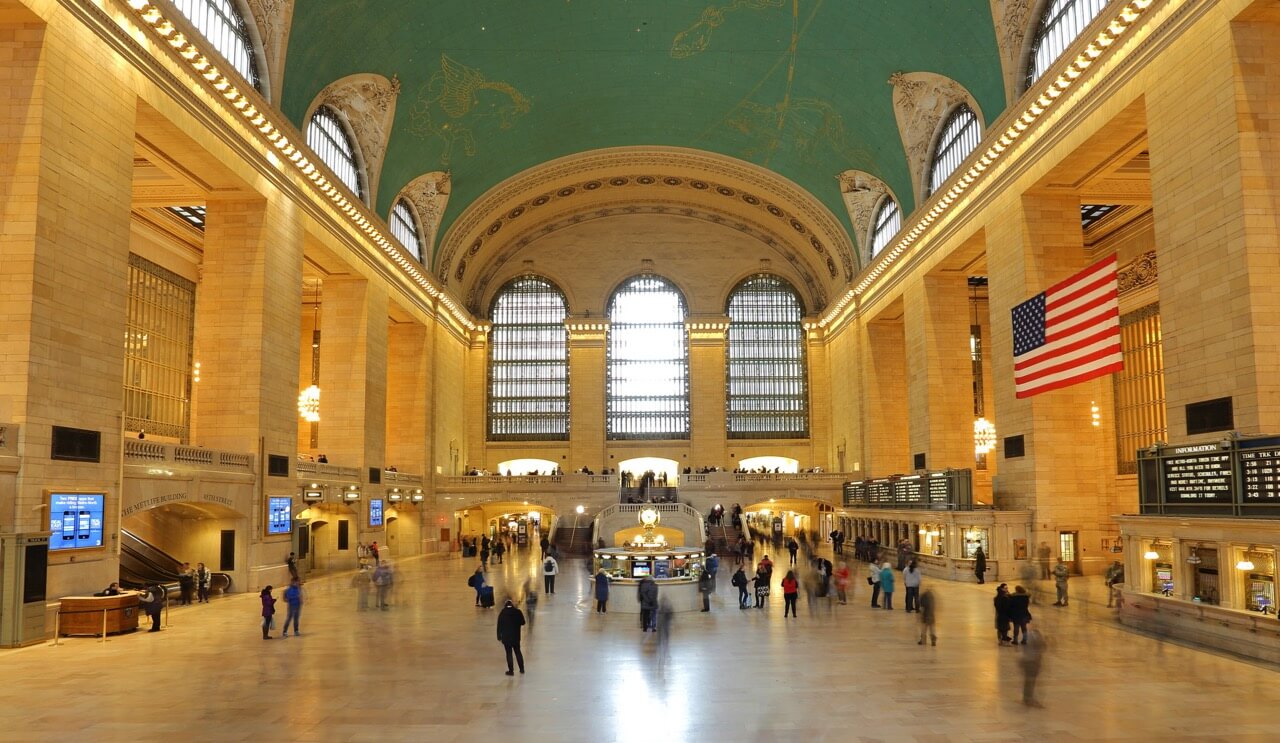 An iconic fixture on the New York City skyline is the Empire State Building. It’s lights have maintained a tradition of changing color to represent occasions and organizations as the year progresses, as well as staging dazzling light shows to celebrate holidays and other big events. If you purchase a ticket, you can make your way up to the 102nd floor where there’s an observatory that overlooks Manhattan’s midtown and makes for a great shot looking down on the city. 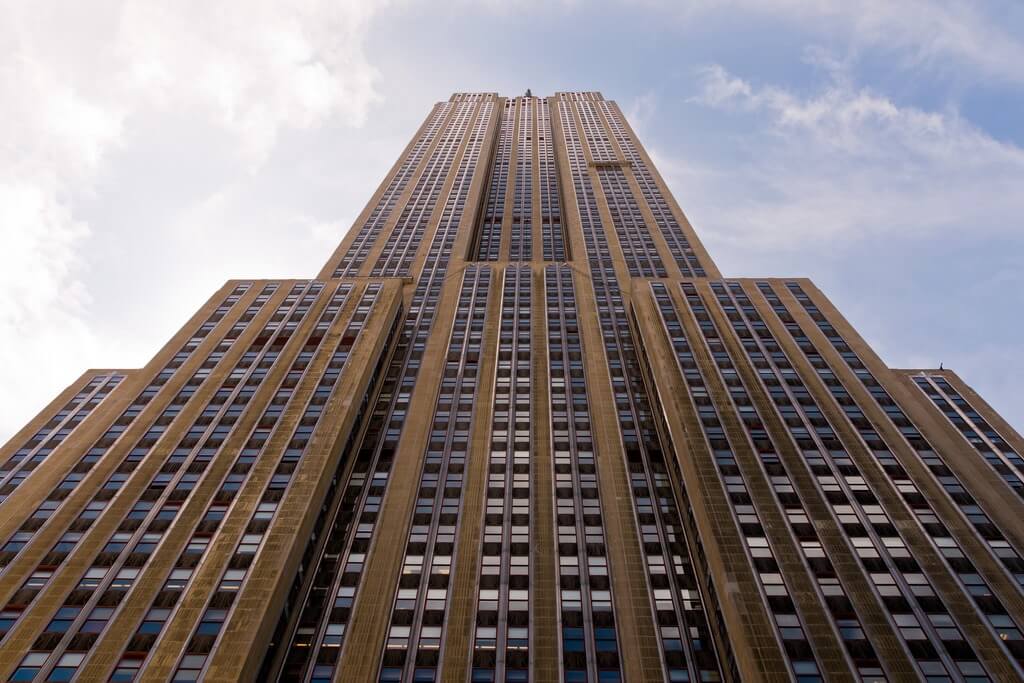 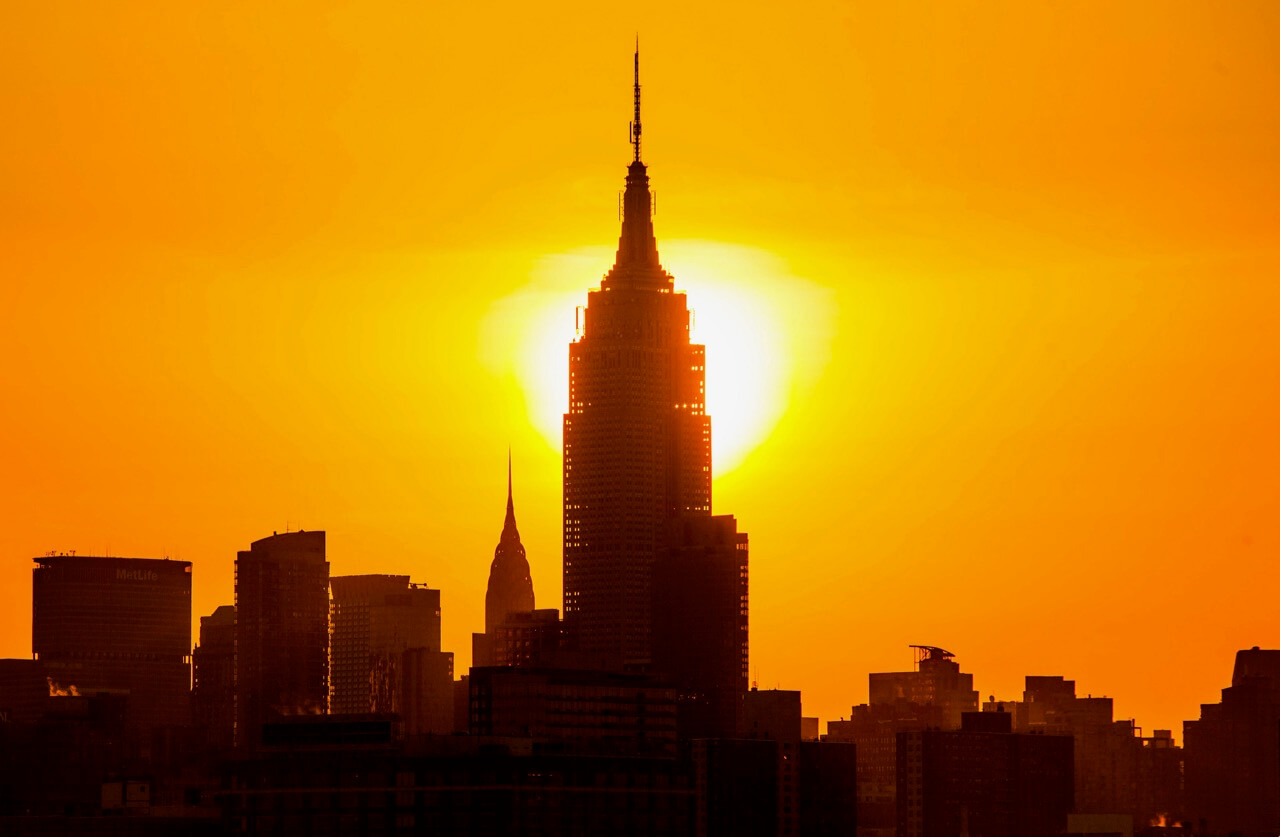 Over 40 million people visit Central Park every year and visitors take plenty of photos as they stroll through Manhattans urban oasis. Even though all the lakes, streams, and ponds were all created artificially, Central Park creates a great spot capture a different perspective of Manhattan. From the Bow Bridge, The Carousel, and to Belvedere Castle, you’ll be sure to find a wide range of diversity to photograph in Central Park. 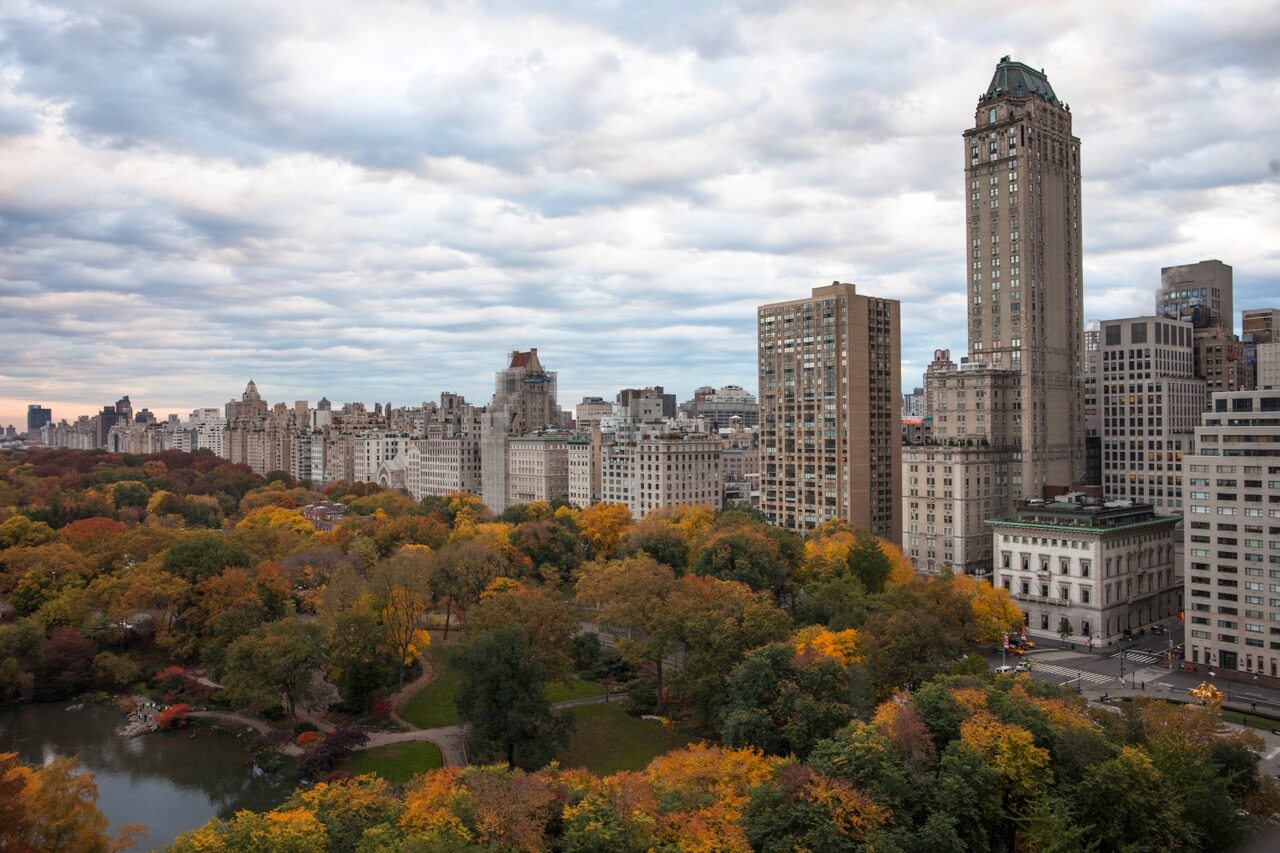 Roosevelt Island is an ideal location to capture great skylines and bridge photos. It’s a narrow island located in New York City’s East River and sits in-between Manhattan Island and Long Island. While it was once a location for prisons, poor houses, and hospitals, it now offers a mixture of parks and landmarks. With great views of Manhattan’s skyline, this a must-visit location with your camera. 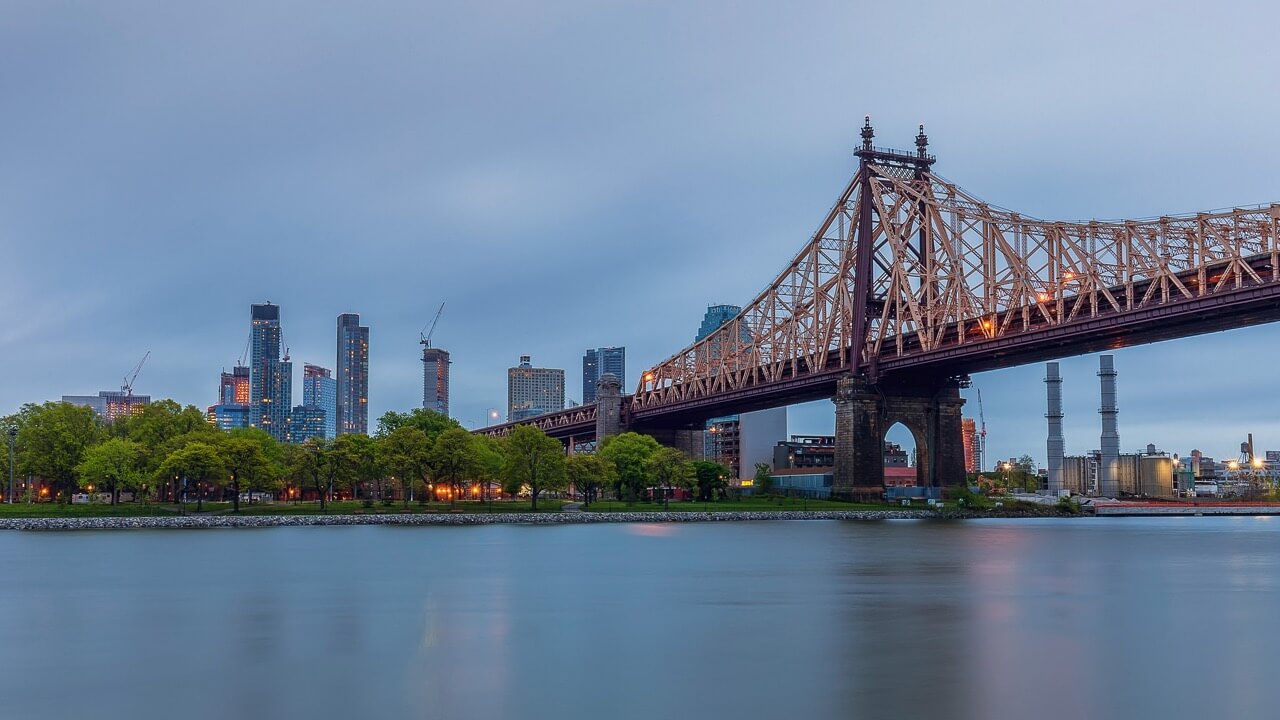 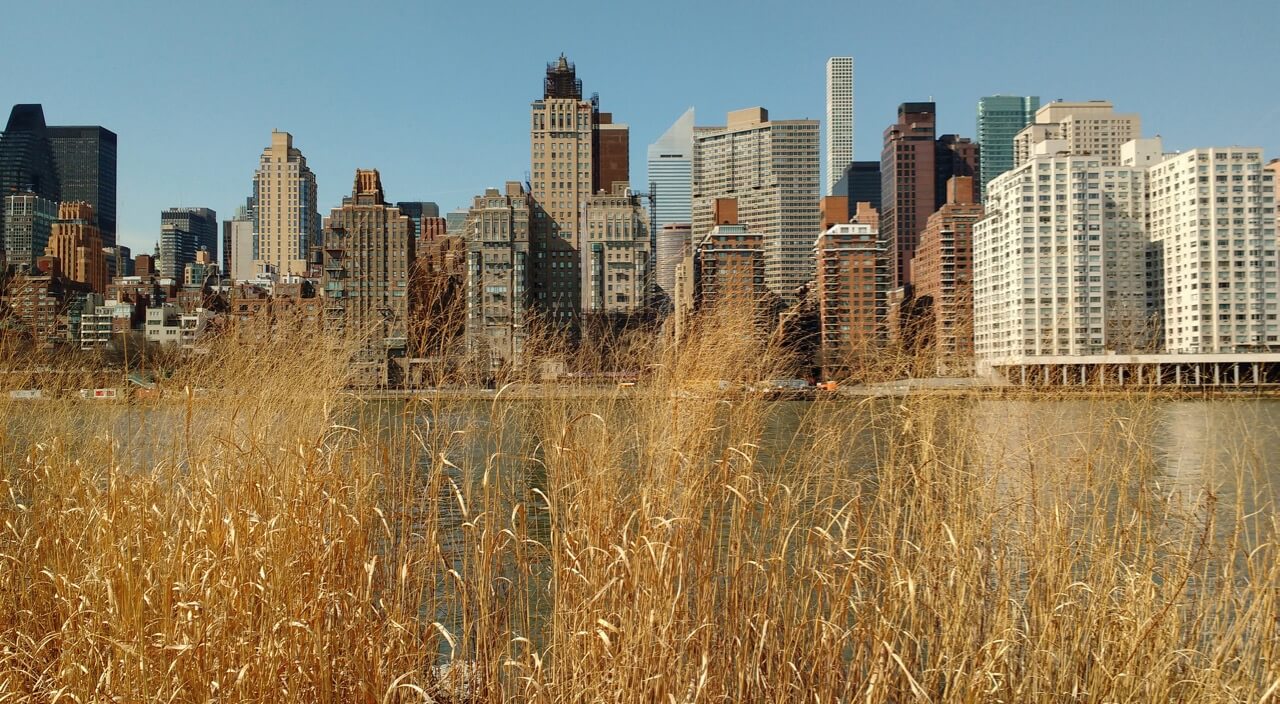 Filled with roller coasters and sunbathers, Coney Island is home to the some of the most interesting New Yorkers. For years, photographers have been trekking over the sand to capture the lifestyle of this whacky amusement park. From the famous Wonder Wheel to the parachute jump, you’ll find a diversity of rides and people to capture with your camera. 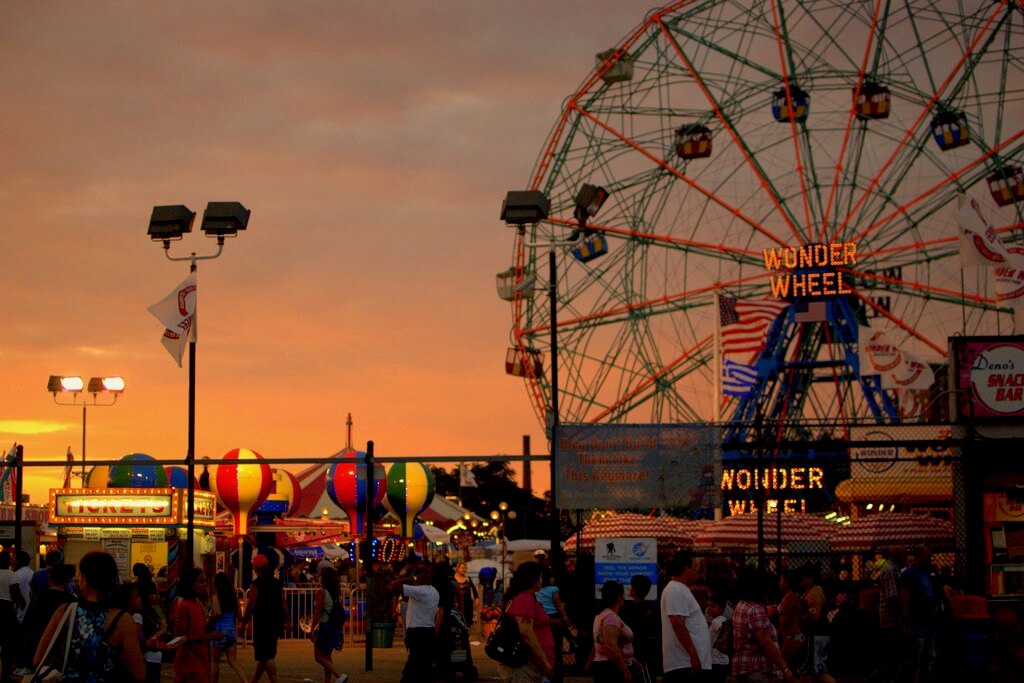 New York City’s Chinatown is one of the few ethnic communities left in southern Manhattan. The people and surroundings are beautiful and interesting, giving you many sights to take photos of. If you go to Columbus Park, you’ll find traditional Chinese games being played or you can visit the local pharmacies to test out some of their traditional, special herbs. It’s a place rich with history, culture, and civilization. 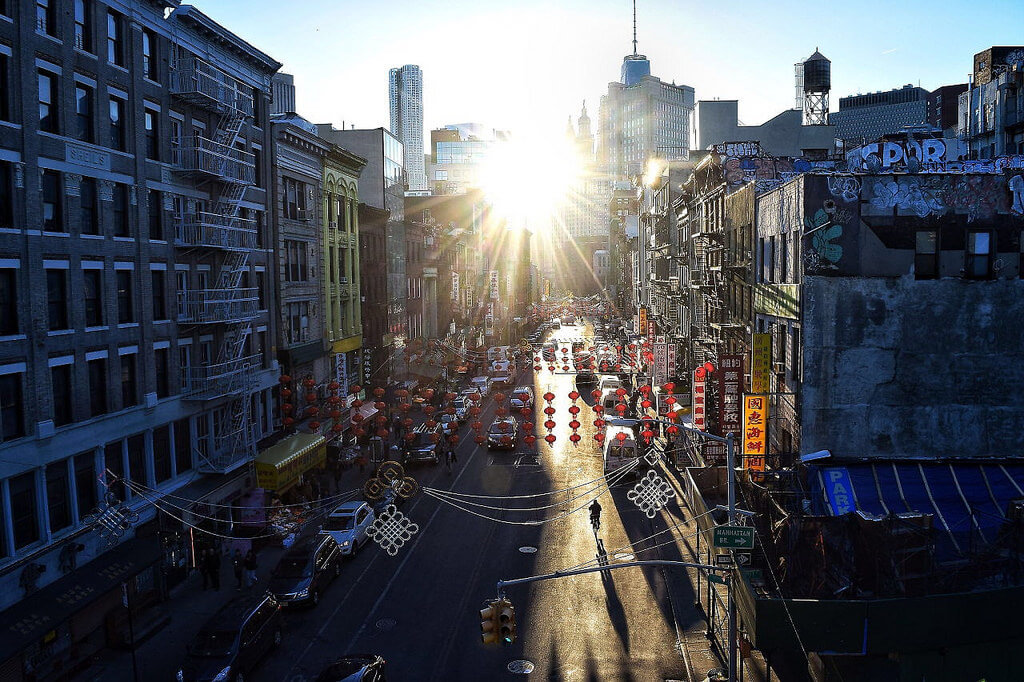