Bruce Hall was born with an underdeveloped optic nerve which resulted in him having only 5 percent normal vision. Legally blind, everything he sees from a distance is blurry, and only when he’s a few inches away does Bruce see things clearly.

It was when he started experimenting with telescopes and photography equipment that he realized that he could see the world a lot better. Bruce ended up making photography a part of his career, but to him, it was more than that.

“I think all photographers take pictures in order to see” he said, “but for me it’s a necessity. I can’t see without optical devices, cameras. Therefore, it’s become an obsession. It’s beyond being in love with cameras; I need cameras.”

Bruce and his wife Valerie Hall have recently launched a Kickstarter campaign for their project Immersed: Our Experience With Autism. The book features 265 pages of vivid photos and candid stories describing the challenging experience of having twin sons with severe autism. It’s a product of five years of writing, seven years of photography, and ten years of experiences. 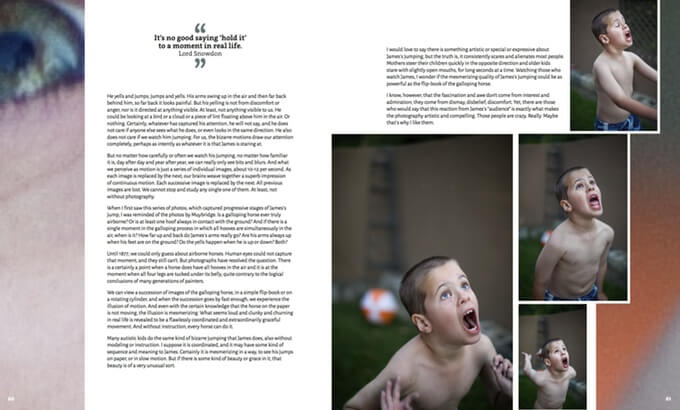 From the back cover:
Valerie Hall’s episodic text chronicles Jack’s and James’s condition as it transforms family life and poses ominous implications for the future. Her reactions to her own life in a world where autism makes the rules are candid and unfiltered. She rejects the tropes of most autism literature, spurning both memoir and “how-to” prescriptions. Instead she invites you to encounter Jack and James as she does, as boys that are both beautiful and broken. The day-to-dayness of her account has the disturbing effect of allowing the reader to step into a world where expectations are upended and encounters take on an aura of the surreal.

Bruce Hall aims his camera at Jack and James and brings back photographs that are unflinchingly close and personal. Through his very specificity, he opens a wider window into a foreign realm—the deep internal experience of autism. This selection of images is from Hall’s extended investigation of autism’s roiling surface. But it may well be something scarcer in photography and in art—a study not of surface, but of great depth.

When Bruce first started taking photos, he focused on sitting still and taking all the time he needed to get the shot. It wasn’t until he let go of controlling the situation and started to shoot moving subjects that things started to happen.

“I was learning to shoot fast,” he said. “I had to learn how to work on the subject’s terms.”

Bruce’s increased confidence opened up his photography options and has provided him an opportunity to experience the world with a new set of eyes, add new projects to his portfolio, and most importantly, get to know his family better.

The Immersed project has given Bruce the chance to connect with his sons through his love of photography and their fascination with water. He’s been able to experience things that he might miss by photographing his boys playing in an environment they feel comfortable in.

“If you don’t have a camera that can get wet,” he said, “you’re missing out on so much in life.” 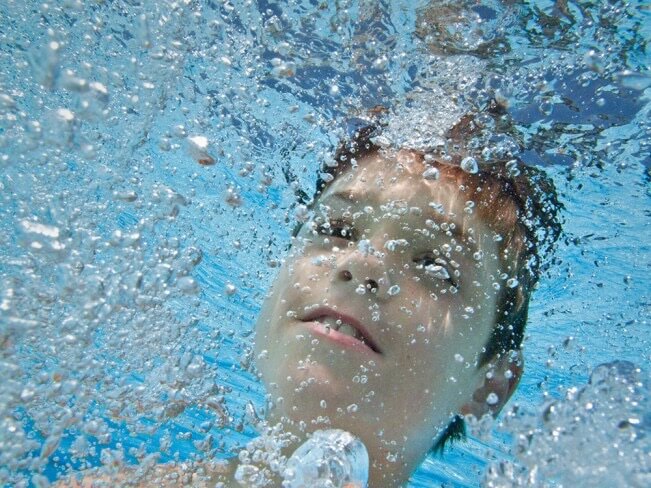 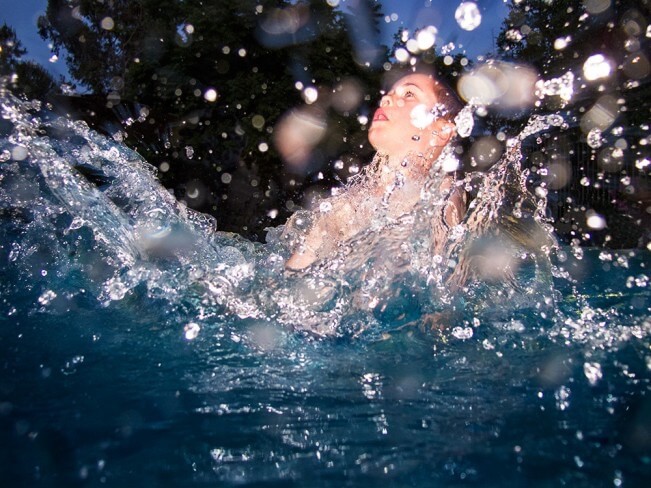 Help raise awareness for autism by supporting Bruce and Valerie’s project on Kickstarter. You can also view more of Bruce’s work on his website.

Bruce Hall’s photography has been published in many magazines including National Geographic, he’s been featured on HBO in the short documentary Dark Light: The Art of Blind Photographers, and his work has been shown in art exhibits throughout the world including the National Museum of Natural History at the Smithsonian; UCR/California Museum of Photography, Riverside, California; Centro de la Imagen, Mexico City; The Kennedy Center, Washington D.C.; and many more. The Library of Congress, Prints and Photographs Division recently purchased a portfolio of his Autism work for its permanent collection.