Mary Lee Agnew is sometimes called the ‘fox photographer’ for a good reason. She has a remarkable collection of fox photos she’s slowly built up from the hours (and hours) she’s spent observing urban foxes. Though she enjoys photographing other urban wildlife too, foxes are her favorite.

“I learn something new every time I am out photographing [wildlife], and there is always the element of surprise. You never know what you might see,” she says. “I especially love the foxes as they are so very intelligent and curious. I never know what they might do next.”

Initially, Mary only took pictures of wildlife using a small point-and-shoot camera, usually during her commute by bike in Milwaukee. Then, in 2010, she met another photographer in the field who was impressed with her excellent timing. He ended up giving her a Canon 30D DSLR with a 300ml lens.

“I was just astounded. I was like: ‘No you’re not, you’re not just giving me this camera!’ And he literally set the backpack down and said ‘I’m just going to leave it here then.’”

She and this photographer have remained in contact ever since. “I make calendars of my work and send them to him, and he has come to two different gallery shows of my work.” He’s also given her another lens and camera, a Canon 7D. “He is a very kind and generous man.” 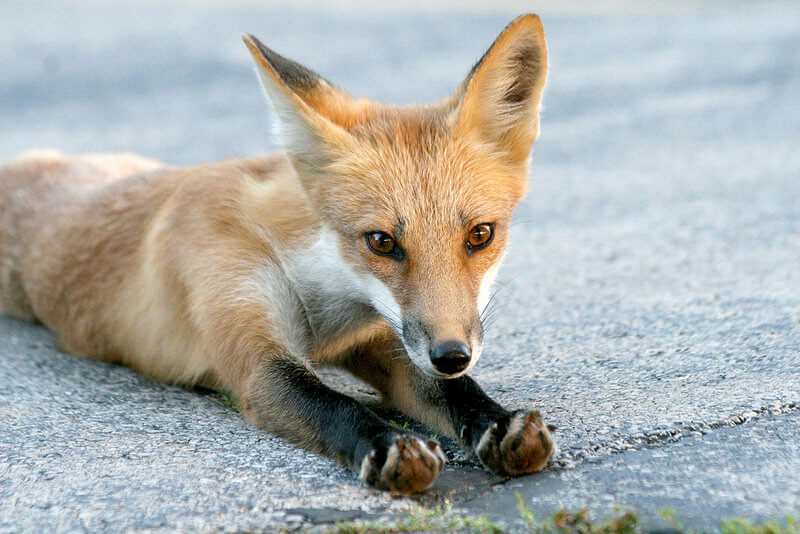 Mary has been able to get so many interesting fox photos because of the friendship she’s developed with a fox family. She first came across the fox called “Big Red” while he was hunting ducks on the shores of Lake Michigan. She continued to observe and photograph this fox, ultimately earning his trust.

This friendship has allowed her to capture some amazing moments. One of the most memorable moments for her was when she suddenly saw a tiny kit running up to greet Big Red. “A huge thrill and surprise!”

Her favorite shots are interactive moments like these. “Foxes are very social animals, and they express to each other a huge variety of emotions and actions, including affection, rivalry and play. They are much like us humans in that regard,” she says. “I am always very happy when I manage to capture or witness a very tender moment or an intense confrontation. I always feel my best photo is the one I have not taken yet!” 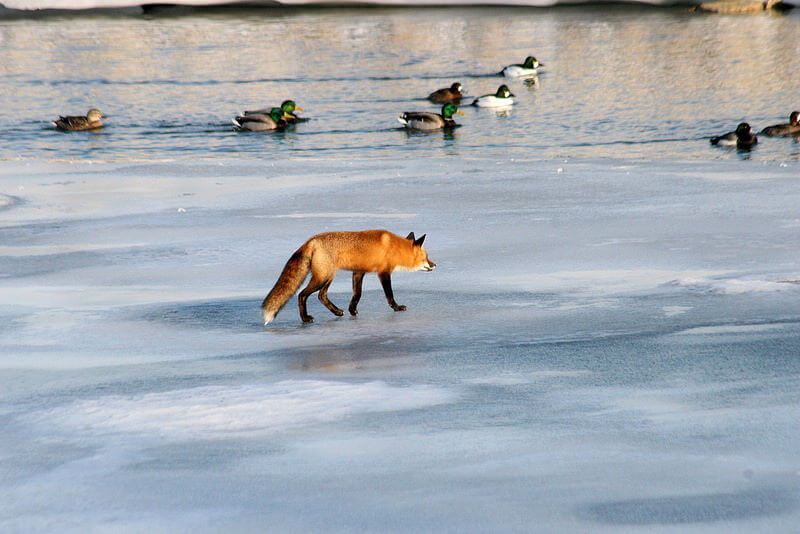 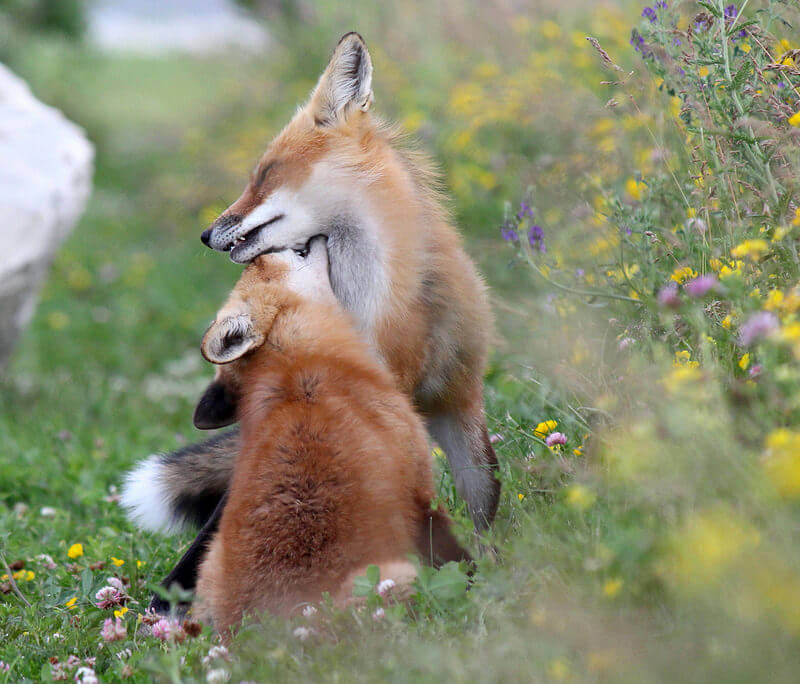 If Mary’s photos have inspired you to go out looking for foxes to photograph, here are two tips from her on how to get the best shots:

1. Patience.
“I have many days of seeing nothing, but I put in tons of time and I never give up.”

2. Respect.
“Give foxes their space and do not chase them. Foxes usually have what I call a safety area or space, and I do not cross that line. I respect their space so that they will feel safe and not encroached upon. Sometimes that means missing shots, but I would rather have their trust.”

Though sometimes difficult, being patient, persevering and respectful is the only way to build trust with animals. To get fantastic photos, you actually need to prioritize their comfort and welfare above your photography. As Mary says, “I care more about these animals than my photos.” 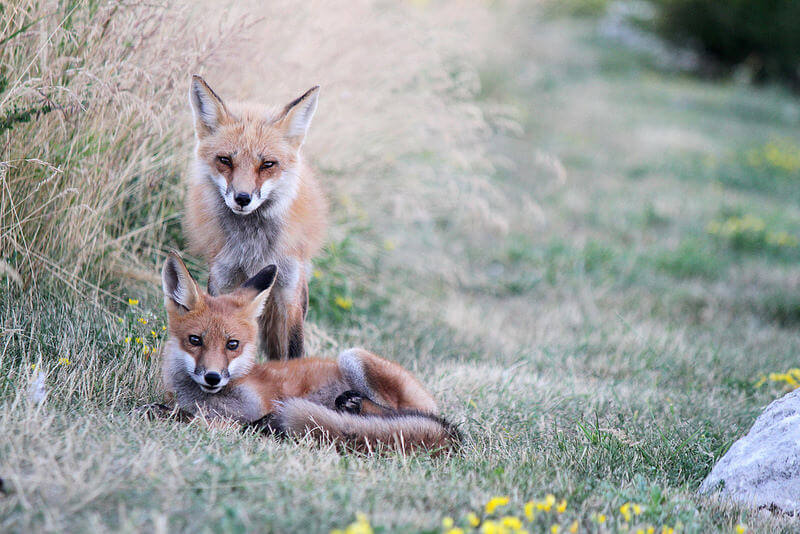 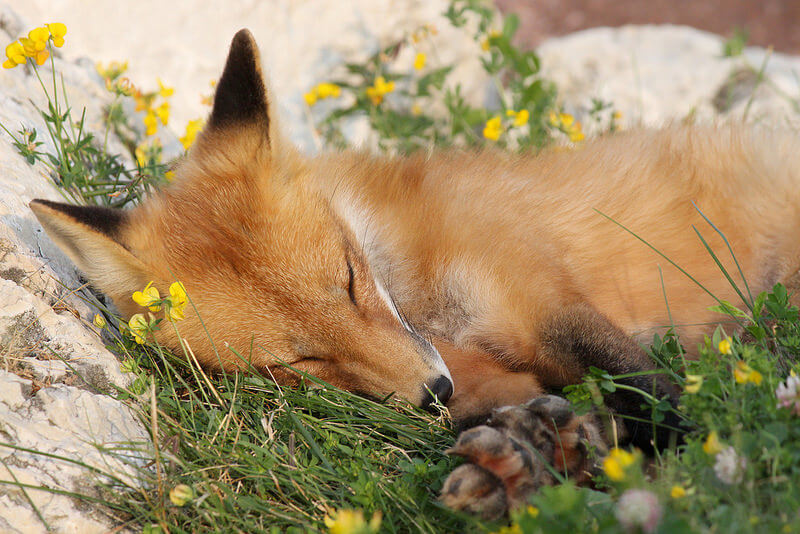 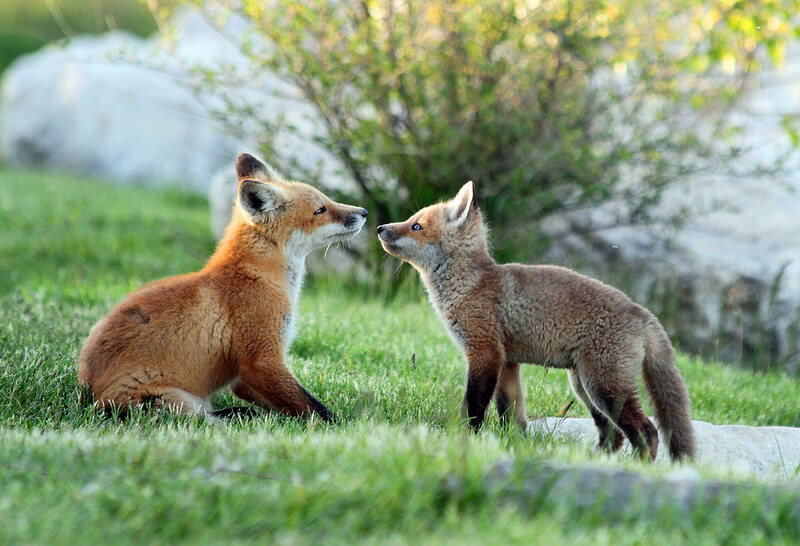 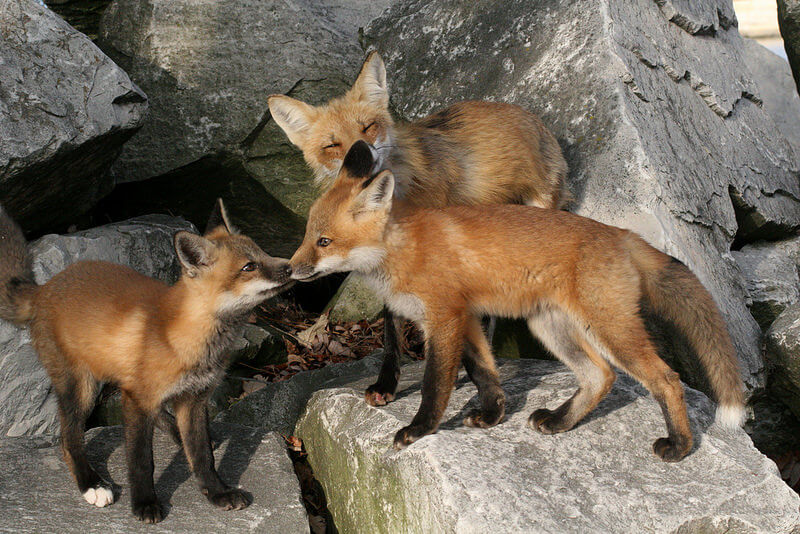 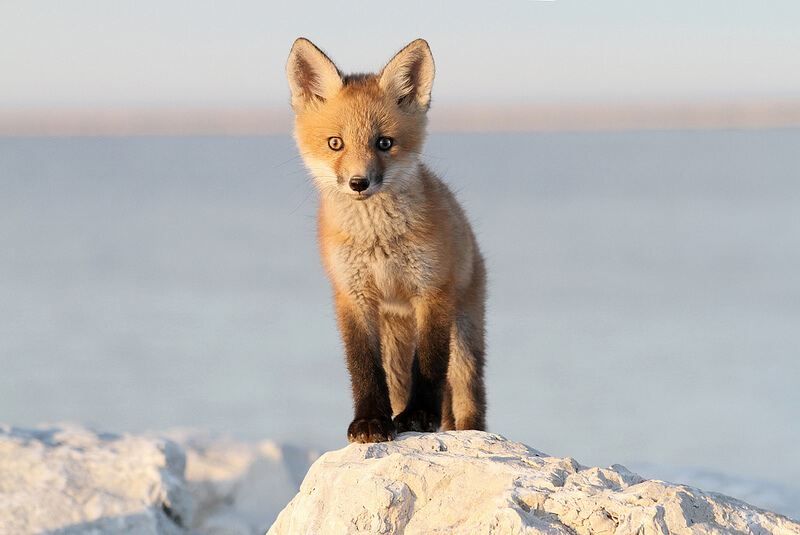 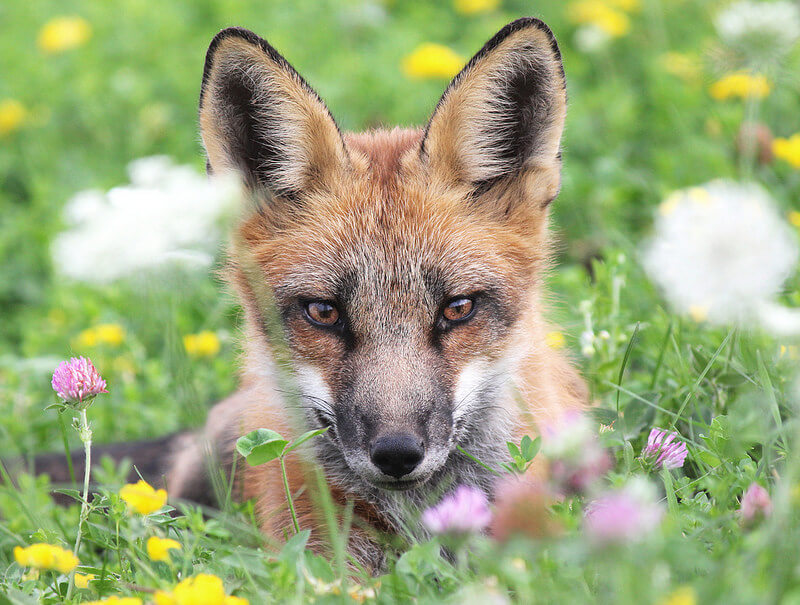 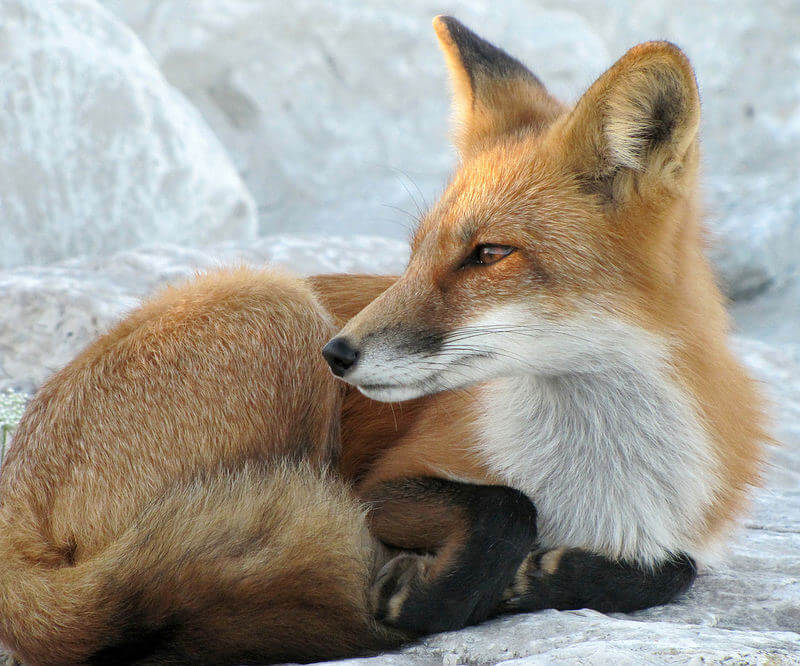 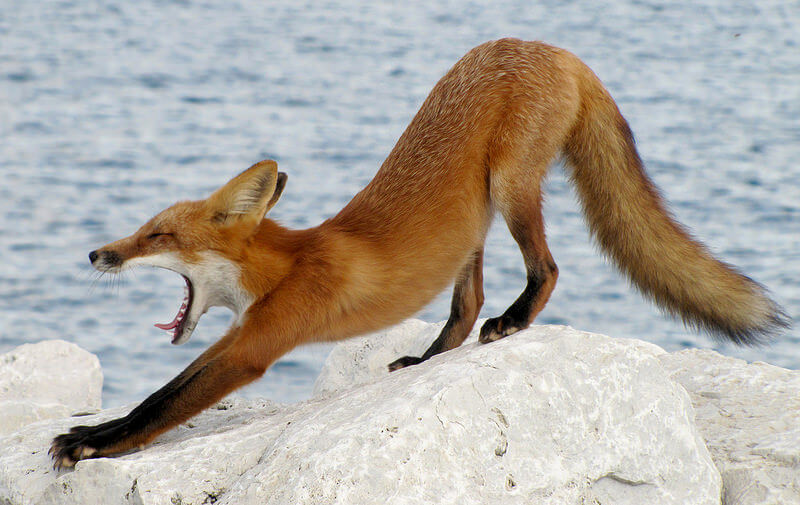 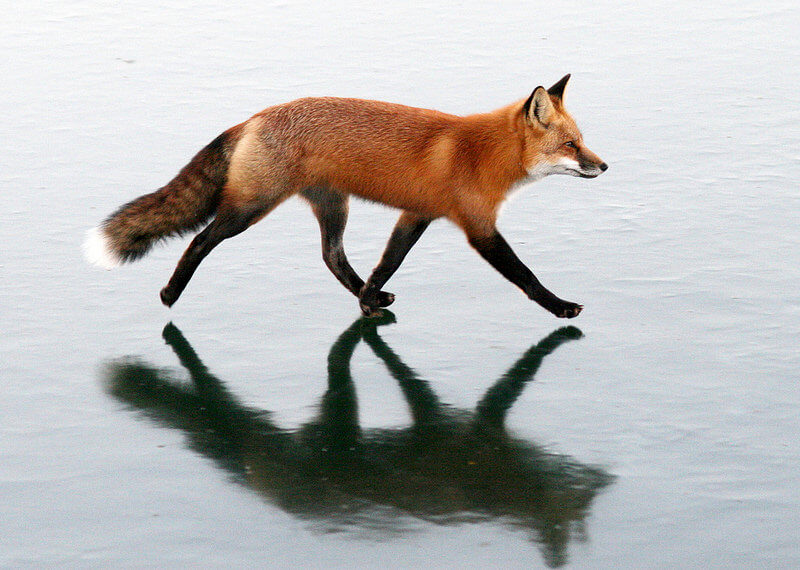 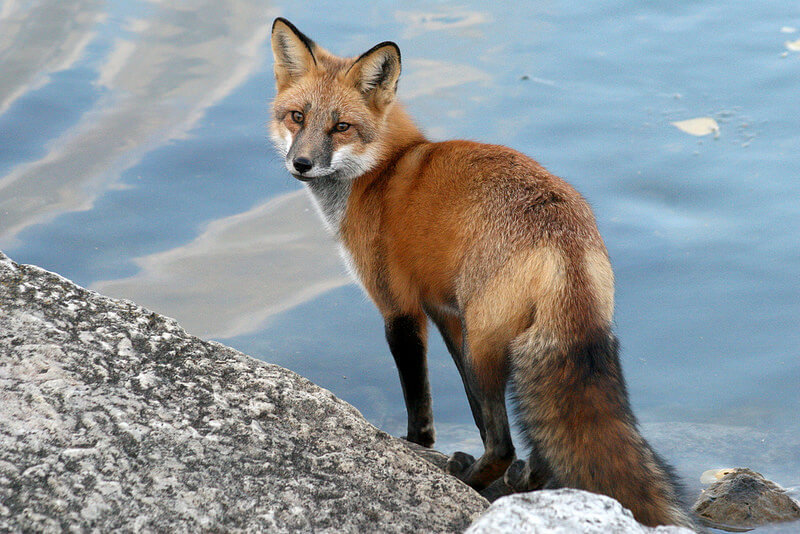 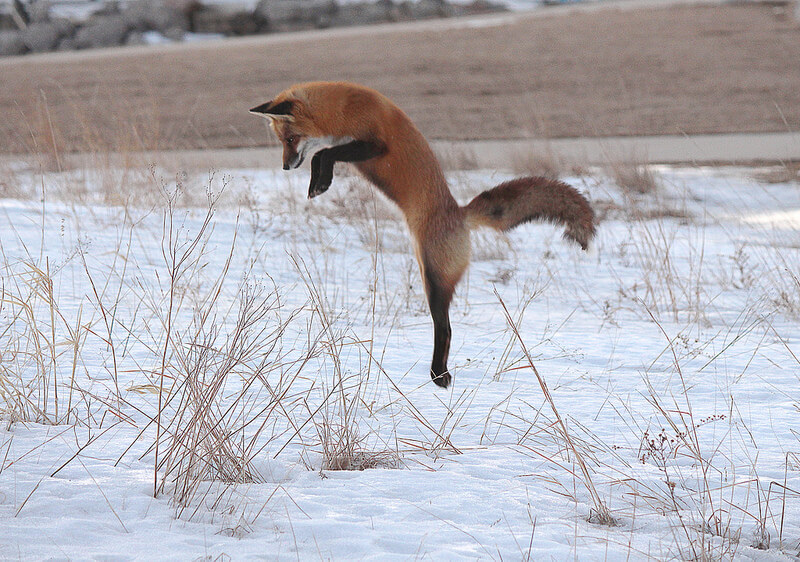 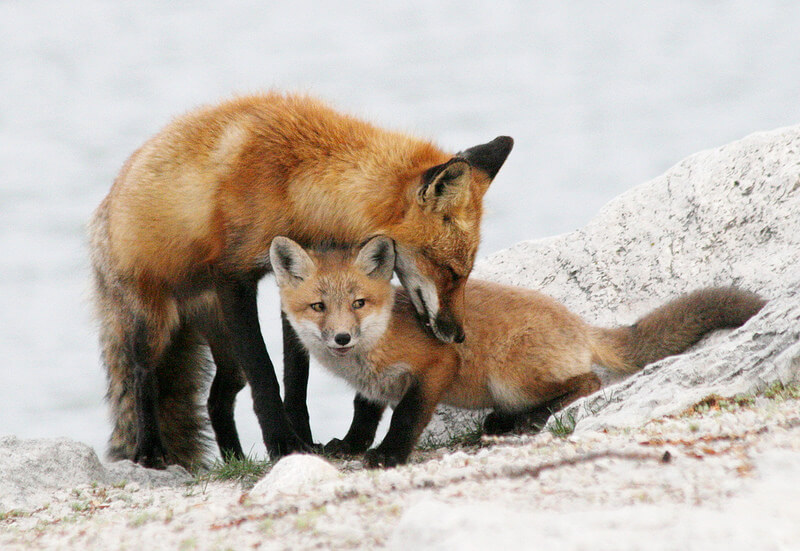 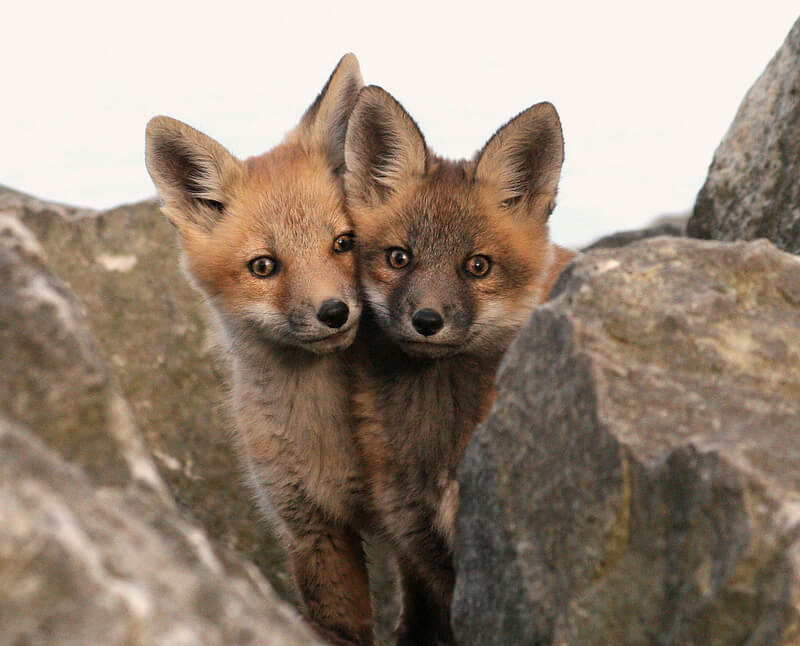 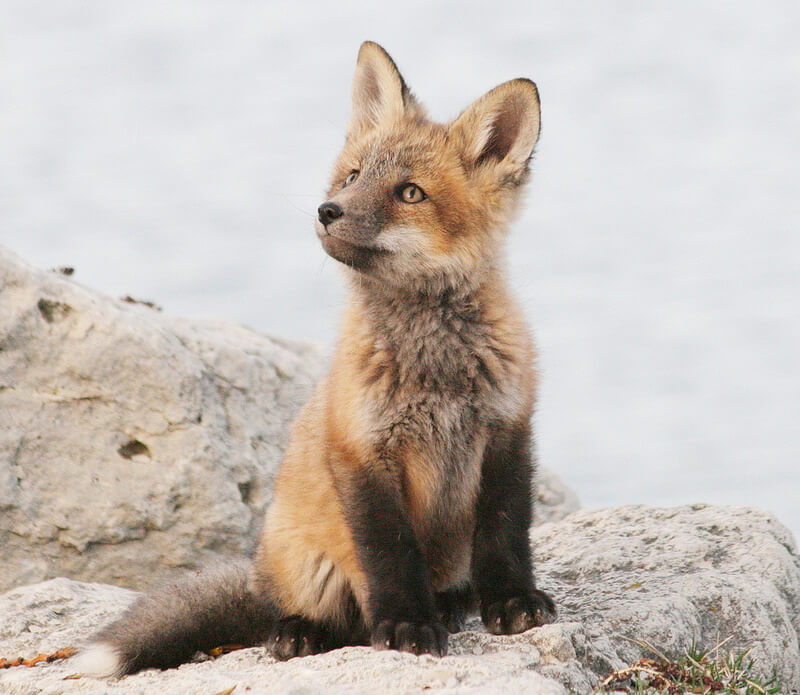 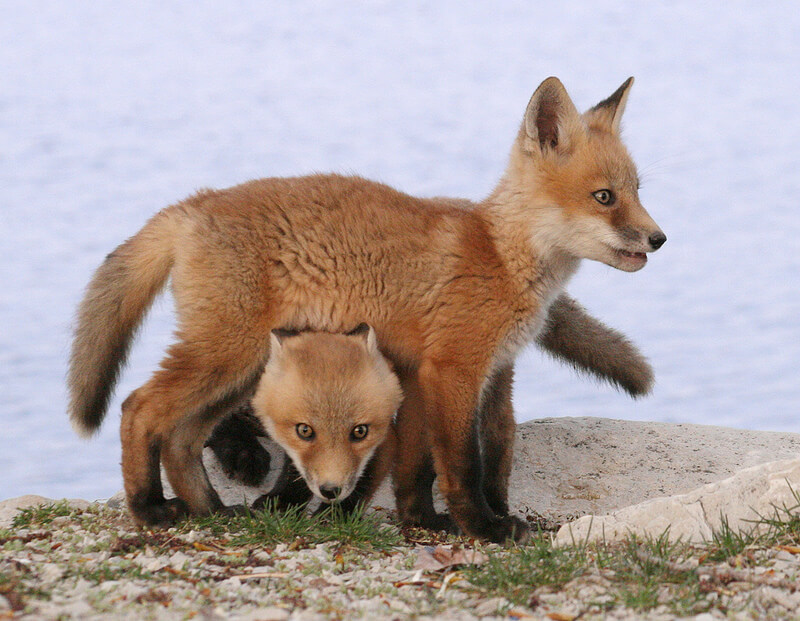 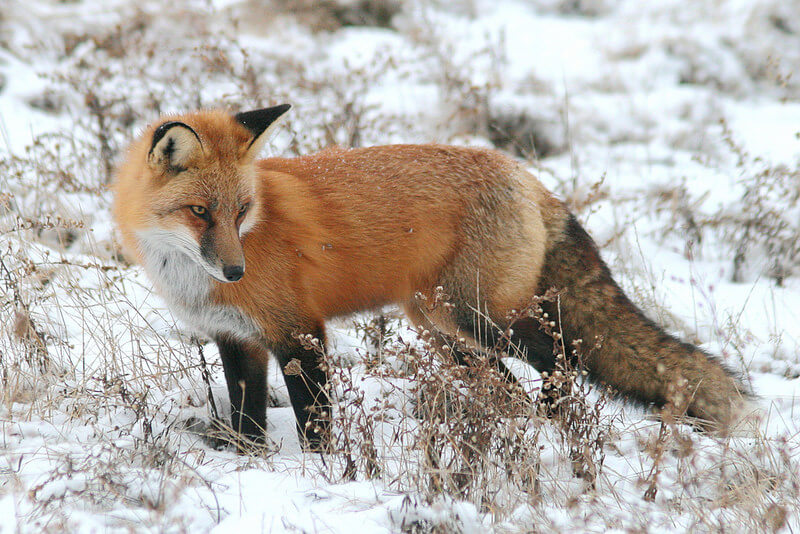