Browse through photographer Claudia Künkel’s Flickr photostream, and you’ll soon notice her love for Blanca, a dog she adopted about 5 years ago. Although Claudia doesn’t only photograph her dog, she did embark on a year-long project that revolved around getting great shots of Blanca. At the end of those 52 weeks,  she had an awesome collection of photos for herself and other dog lovers to enjoy.

52:52 posing with her photographer 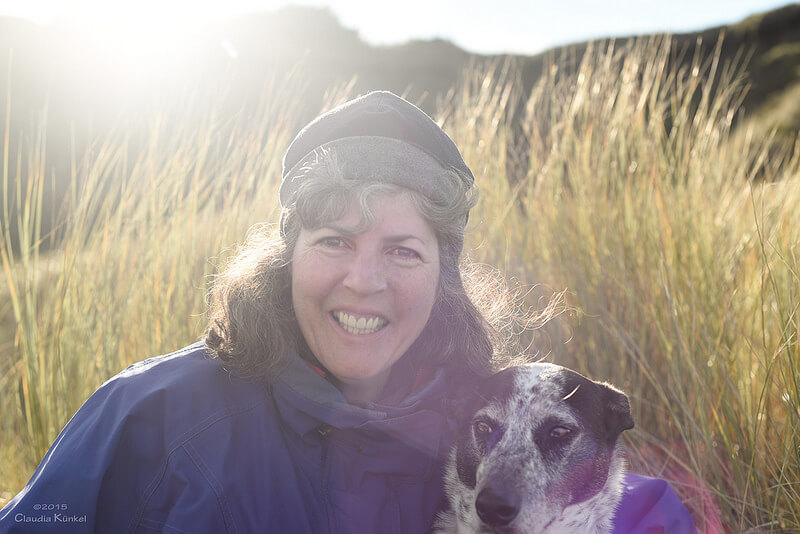 Rescued at 8 months old from a shelter, Blanca has been a big part of Claudia’s life ever since her adoption. The two have traveled along the Oregon coast together, resulting in many beautiful beach photos.

While Blanca is thoughtful, sensitive and “a bit on the timid side,” she has no problem running exuberantly on the beach. Claudia loves capturing these carefree sprints, as well as the more peaceful  moments in Blanca’s life. 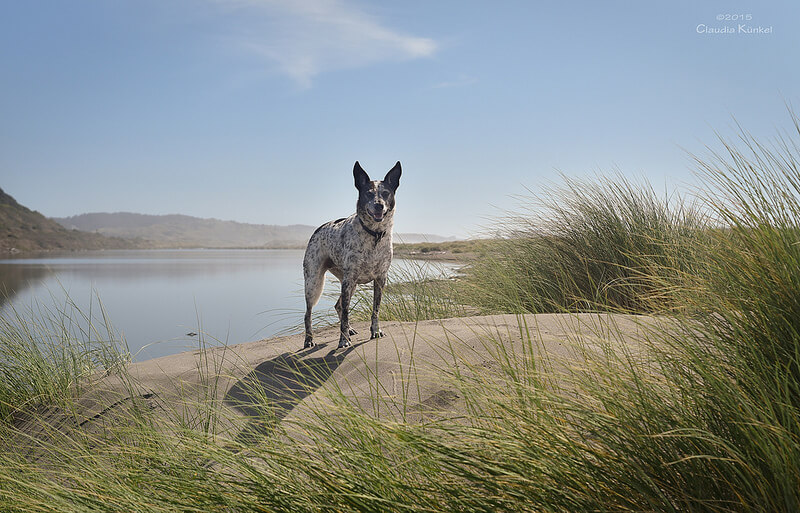 Like all mixes, Blanca has a unique appearance. She’s part border collie and part Australia cattle dog, Claudia guesses, though it’s impossible to really know. In any case, her spotted fur, amber eyes and perky ears are pretty photogenic, especially set against the sand and blue sky.

Still, getting excellent shots of a dog takes more than just grooming the fur. You have to work with the dog’s interests, Claudia says. “When I travel with Blanca, I make sure to not only visit places that might interest me but also places that interest her, such as parks, river banks, an empty field for some playtime. A happy relaxed dog is easier to photograph!” 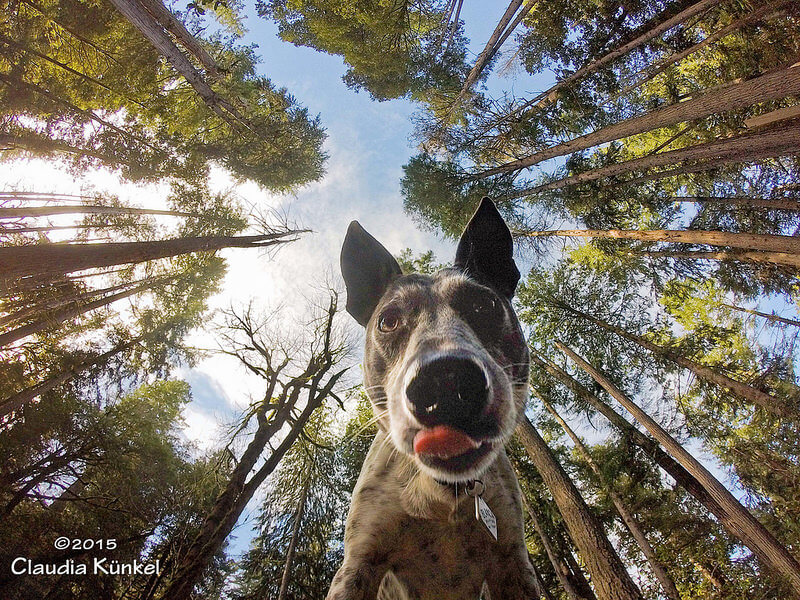 Exploring new places has been a good strategy, too. “While traveling, we investigate new environments all the time. I try to photograph her experience of these places, i.e., her sniffing a strange object, looking towards a canyon, drinking from a river, digging for groundhogs…” The adventure of exploration produces many photo-worthy moments.

She also gives Blanca plenty of encouragement. “Over time, Blanca has learned to pose like a pro for me simply by the sound of my enthusiastic cooing when she does it well. For action shots, I play with her and act out how happy I want her to be.”

26:52 playing among the diamond drops 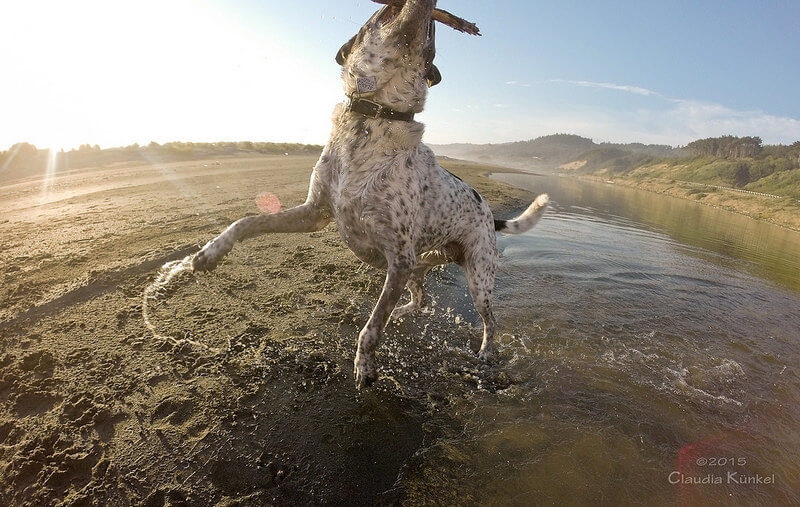 In addition to dogs, Claudia enjoys photographing all kinds of wildlife. She began photographing animals about seven years ago, after going through a traumatic experience. Wildlife photography was “profoundly soothing and healing” for her.

However, despite years of experience photographing animals, she initially struggled to get remarkable pictures of Blanca. She had snapshots of Blanca, but nothing special. “I found it quite difficult to approach photographing my own dog with the same concentration I used for wildlife,” she says. She wanted to change that, leading to her to begin a 52-week project.

“From previous projects I had done on Flickr, I knew that having a regular deadline to produce a photo really stimulates growth. I wanted to up my game and get more shots of Blanca I could really love!”

At first, she worried she wouldn’t be able to come up with enough new ideas for the project. Through the course of the year, though, she discovered that brainstorming new ideas wasn’t a problem. In fact, it took no effort at all. She learned how to be open and to just let things happen. In the end, she no longer worried but simply trusted that ideas would come naturally.

30:52 a conversation in the garden 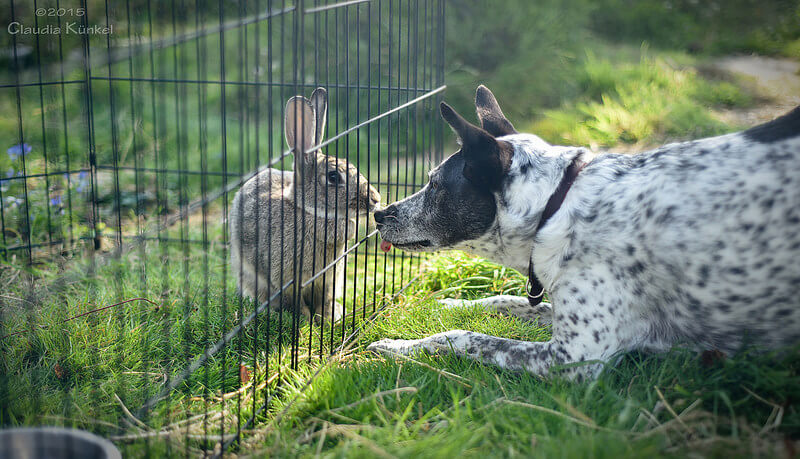 One of her favorite photos from the project actually happened in a week where she’d felt “particularly uninspired.” She had no ideas. Then, she and Blanca took a walk on the beach. Strangely enough, there was a TV that had washed up on the beach. Blanca began to investigate it and casually posed as Claudia began to take photos, looking as if she were actually watching TV.

That gave Claudia a fresh idea: what if the TV was on? “As it happened, I had photographed some sheep previously and had just gotten Photoshop Elements to put it all together with. So, the whole thing just kind of fell into place from what had been a dismal blah feeling at first!

Another one of her favorites is “bliss.” She took it one afternoon while having fun on the beach, playing with Blanca. “I ran with her and shot hundreds of pictures, most of them blurry, but it was a truly blissful time together!” These two experiences illustrate how needless it was to worry about having ideas. Simply going out and having fun was enough to generate ideas and memorable images. 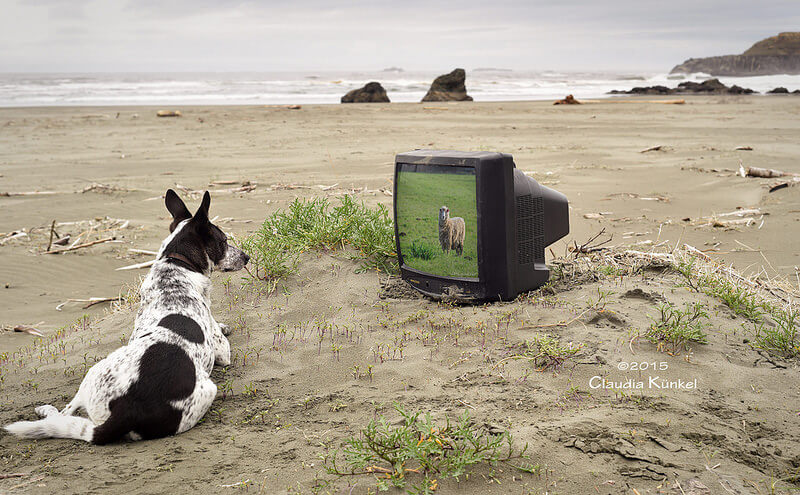 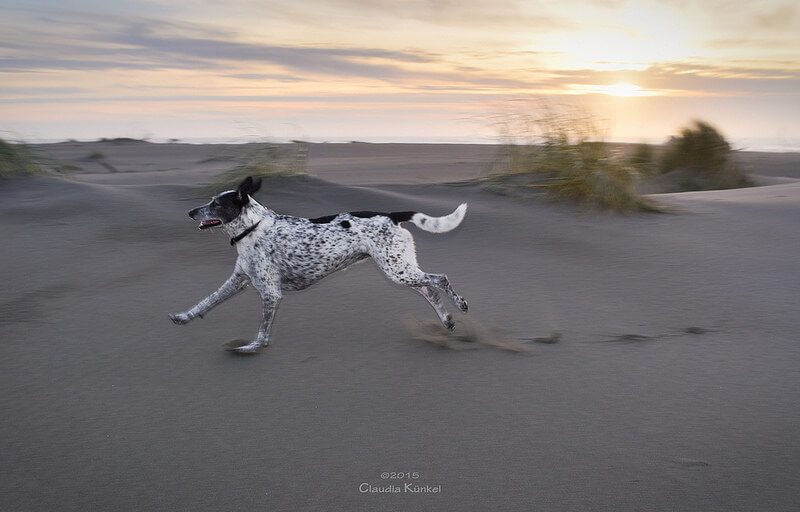 If she could start the project over again, she would have more fun and worry less.”Such a project just takes on a life of its own.” It’s important to give the project (and yourself) freedom to live, rather than putting pressure on yourself to perform. “Once you allow an idea to develop on its own, you will see it and get excited. Then, you will work hard at bringing it to fruition.”

This laid-back approach to photography is especially important when traveling with and photographing a dog. After all, you don’t have complete control of the photo shoot. You have to work with the dog’s desires, too. According to Claudia, it’s best to embrace this collaboration. “Let your dog co-create with you.” 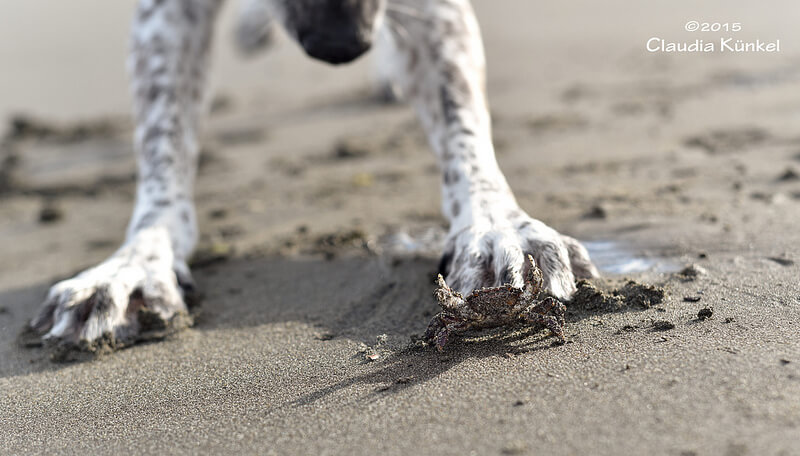 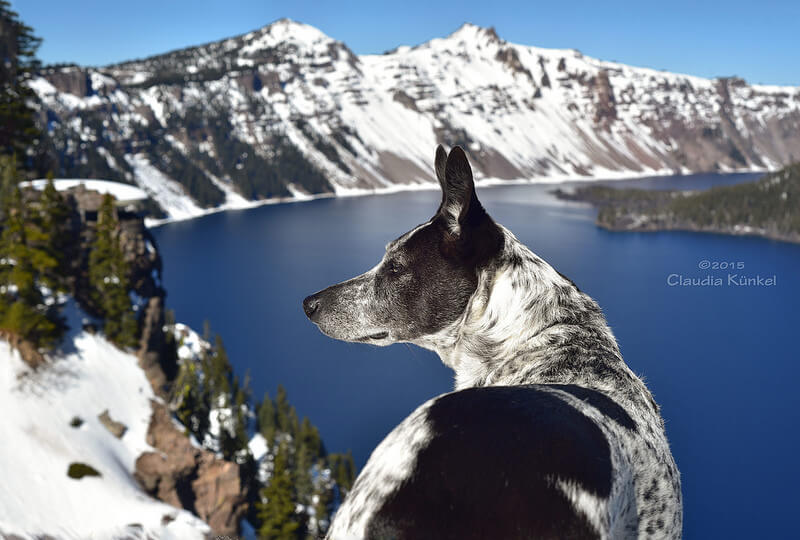 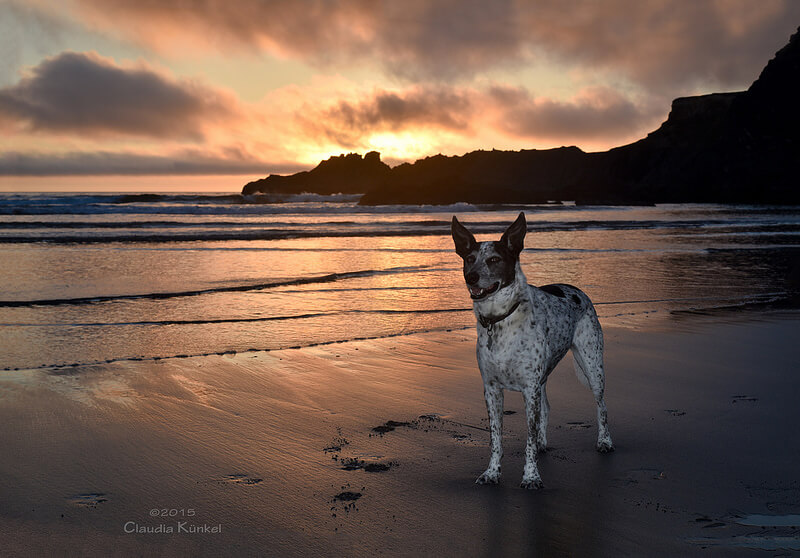 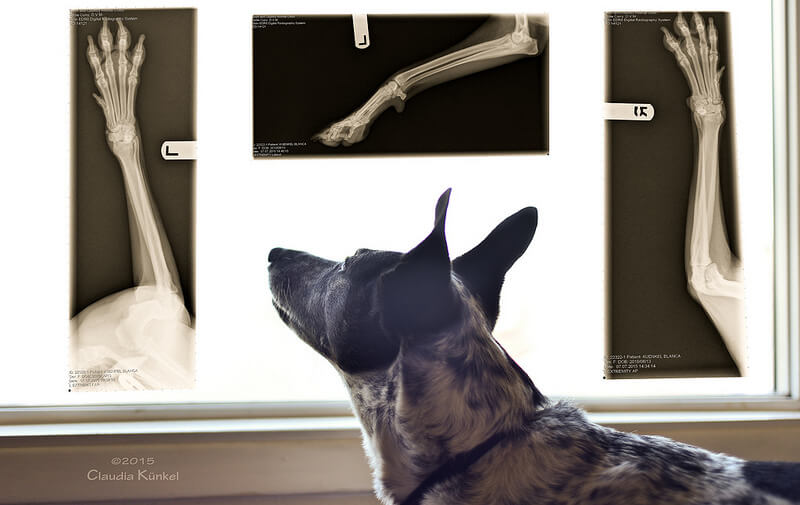 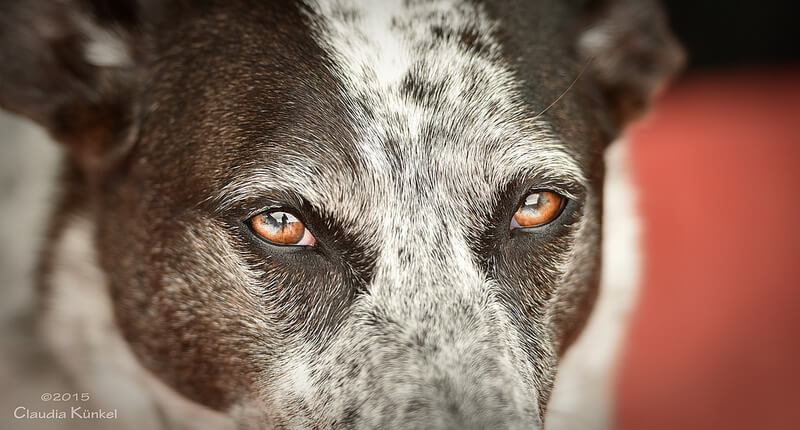 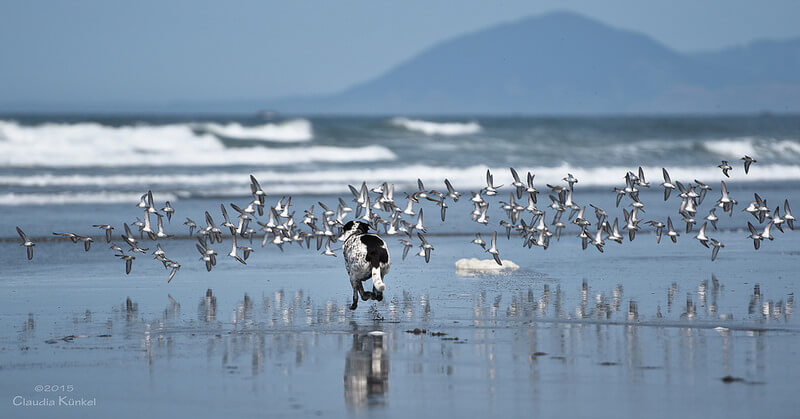 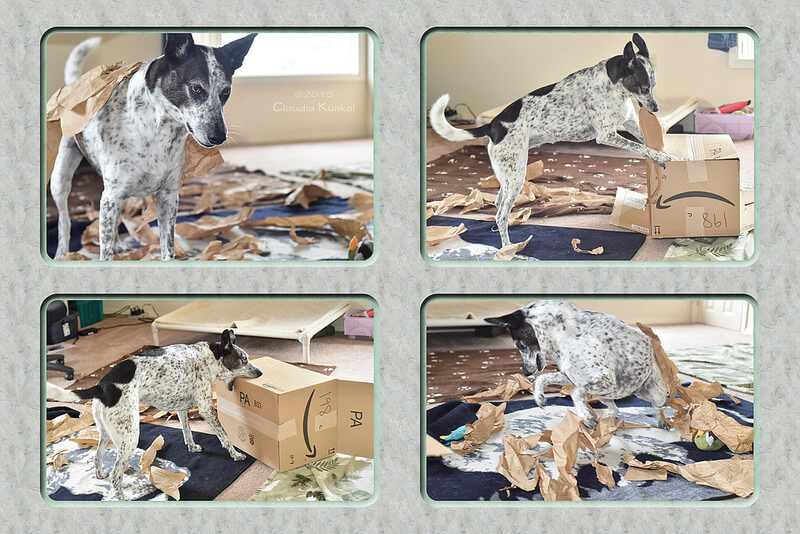 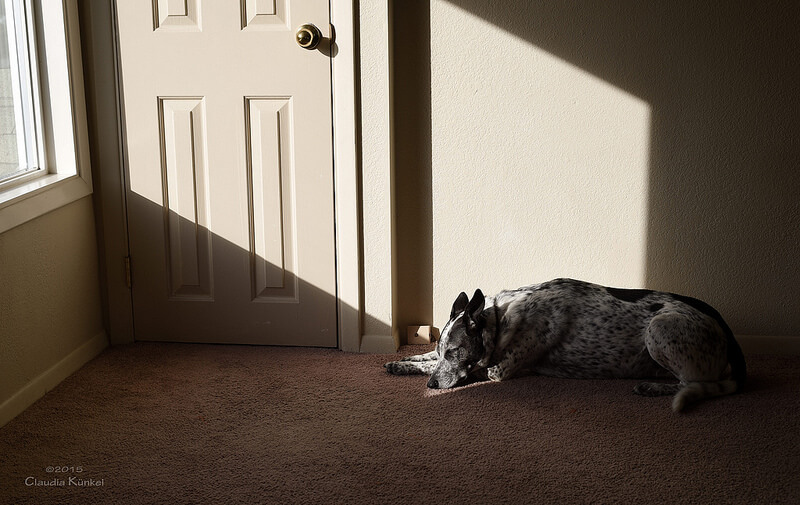 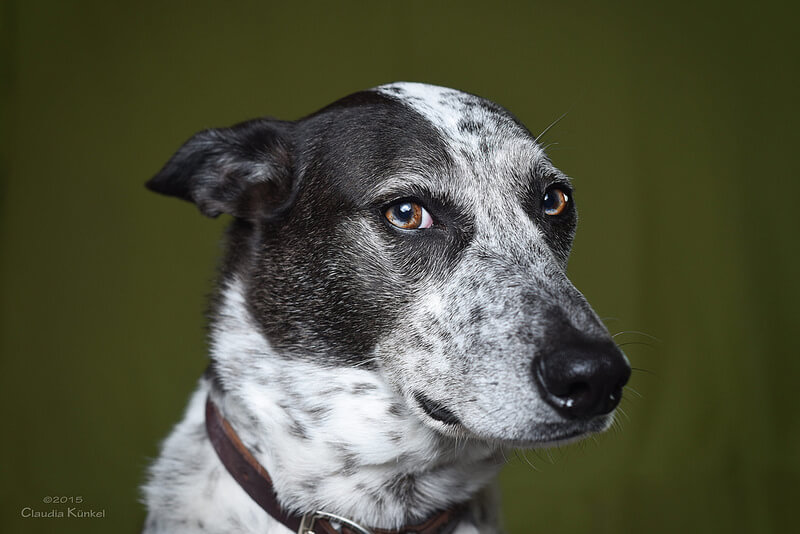 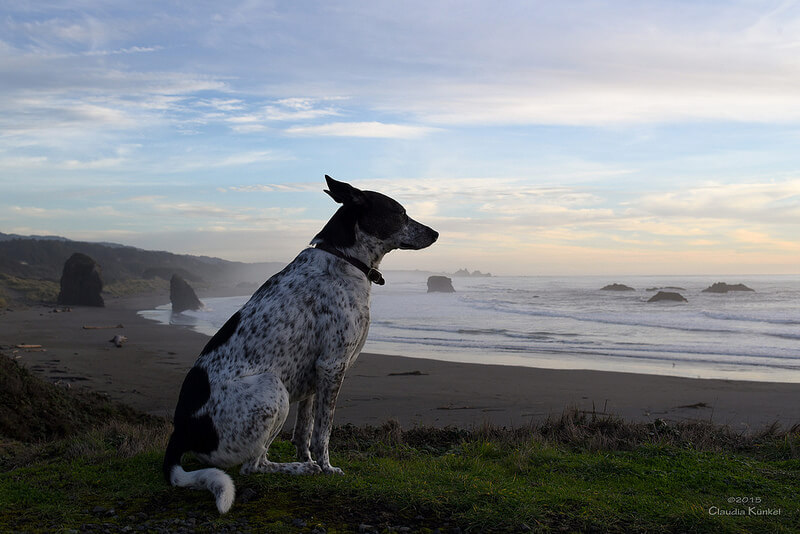 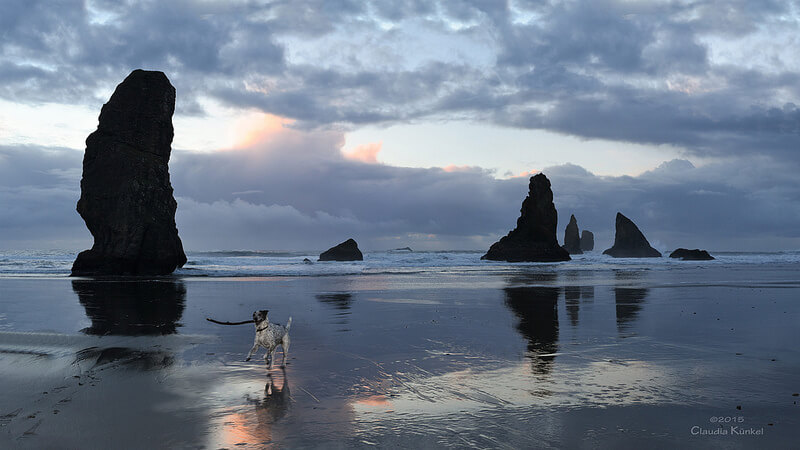 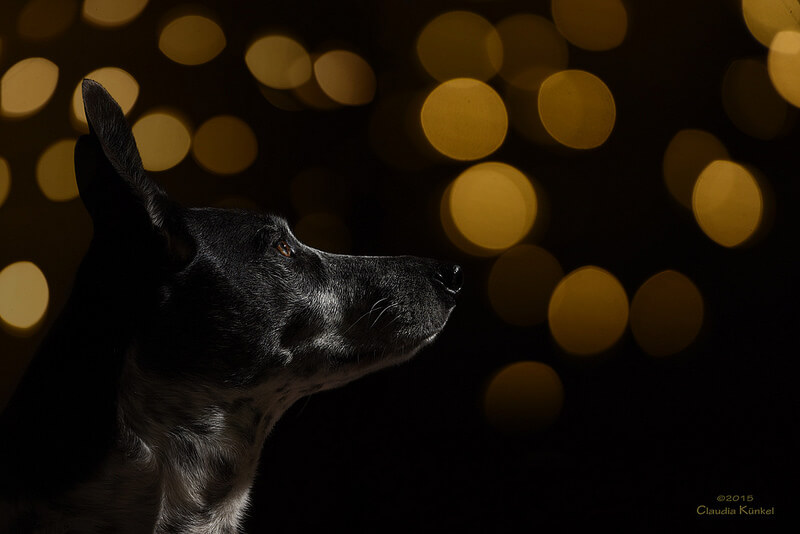