When it comes to digital photography, getting a sharp, crisp image is often the number one concern. Many amateur photographers will find that image stabilization and avoiding camera blur can be a big problem that they have to learn how to overcome. The good news is that most DSLR cameras now include some form of image stabilization technology built into either the camera body or the lenses. This type of technology can be a great help and you will want to learn more about it. At the same time, though, you need to understand methods you can take in order to avoid camera blur. 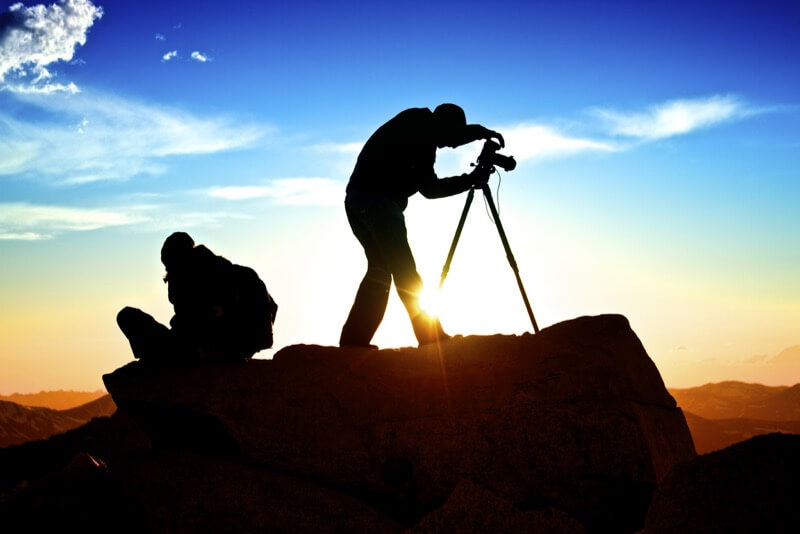 In Camera Image Stabilization – In the case of this type of image stabilization, there are not different motors, but instead one large motor that shifts the whole sensor when movement is detected during exposure. This type of stabilization is used in the following brand cameras almost exclusively.

There is much more to getting a sharp and crisp image though. Honestly, it does not matter how much image stabilization technology is included in the camera, camera shake can lead to blurry images.

The most common complaint of beginners in the digital photography world would be blurry images. They may practice taking images, buy the right equipment and still not understand why their images are not sharp and crisp. It can be frustrating to overcome image blur and it is something that can plague even more seasoned photographers. There are many common culprits to image blur and understanding them can certainly help you overcome the problem. Below, you will find information on common causes of camera shake or image blur that you will be able to work on. You may be surprised at how much easier it is to produce a clear image when you make just minor changes.

Slow Shutter Speeds
When your camera shutter needs to be open longer due to dim lighting, the camera must remain still for longer amounts of time. If you absolutely must use a slow shutter speed, then consider making use of a tripod to keep the camera stable throughout the imaging process.

Lead Hands
Do you remember that old reference to people who drive too fast? They often get called lead footed. In the case of digital photography, if you have trouble with image blur, then you may have lead hands. In other words, you may be depressing the shutter release too hard, causing the camera to shake slightly.

Moving While Shooting
Even with a fast shutter speed, if you try to take a picture while you are moving, such as from a vehicle, you will find it almost impossible to avoid image blur.

Heavy Telephoto Lenses
Often, lenses with a long focal length will be heavy and they will often carry most of their weight in the front. Because of this, they can make a camera unsteady, especially if the camera is mounted on a tripod. When the camera tries to take the picture, it could be unbalanced, causing image blur.

Mirror Vibration
At times, camera shake will have nothing to do with you or the tripod. In these cases, the mirror itself moving within the lens could be leading to shake that is only perceptible in extreme close ups. If your DSLR camera has a mirror lock, then you can use this to avoid the camera shake during those particular types of images.

How to Avoid Camera Shake

Choose a method of keeping the camera stable. You do have options and some of them may be easier to manage if you are travelling.

Tripod – A tripod is a three legged stabilization device that will keep a camera still.
Monopod – A monopod is only one legged, but it adds stabilization and is easier to transport.
C-clamp – A c-clamp will allow you to clamp a camera to various stable objects and it is quite easy to transport and use during travel.

Consider a shutter release. If you have trouble with pressing down the shutter too hard, you could consider a cable release, which connects to your camera and presses the button without your fingers actually touching the button. A cable release will allow you to control the camera at the end of a length of cord. You could also consider a wireless release that works with a sensor on your camera and resembles a remote control.

Avoiding camera blur or shake can be one of the biggest speed bumps for those just beginning in the world of digital photography. However, with a little work and consideration, you can avoid the problem.